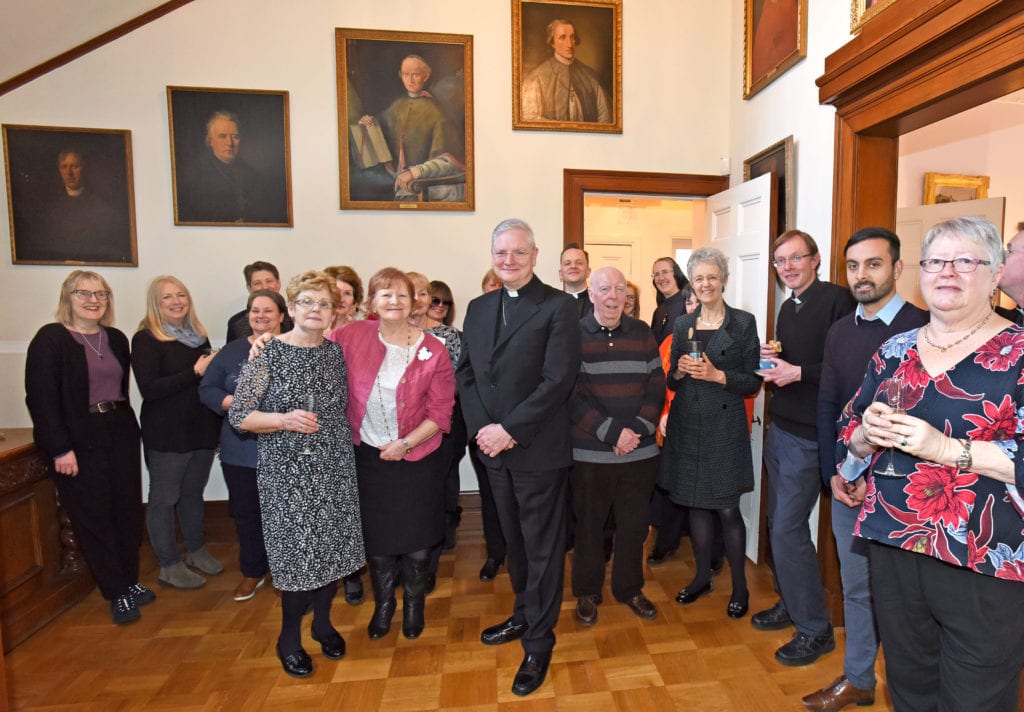 A fond farewell to Norah!

The Archdiocese of St Andrews & Edinburgh has bid a fond farewell to diocesan secretary, Miss Norah Macgennis, who has retired after three decades of service to the organisation.

“I suppose because I was working for the Church that I have loved my job so much,” said Norah.

“The Archdiocese has been a lovely place to work, there has been great camaraderie with everyone I met, there are so many great people here.”

Norah began her professional life with the Archdiocese in 1988 when she was recruited as a secretary working within the Archdiocesan Offices in Edinburgh. Four years later, however, she became personal secretary to Archbishop Keith Patrick O’Brien. She was due to retire six years ago but offered to stay on “for a while longer” in her post to assist the newly appointed Archbishop Leo Cushley.

“Over the years I have met cardinals, bishops, and even Pope Saint John Paul II,” recalled Norah.

“I was introduced to him when I was in Rome in 2003 when Archbishop O’Brien was made a cardinal – and then I met Pope Benedict in 2010 when he came to Edinburgh.”

On Wednesday 27 March, Archbishop Cushley hosted a farewell reception for Norah at his Edinburgh residence where he bestowed the Archdiocesan Medal for Outstanding Service to the Church upon her. In attendance were the staff of the Archdiocese along with Norah’s three sisters, Mary, Eileen and Catherine, who made a surprise appearance. Also present was Norah’s parish priest, Father Andrew Garden of St David’s in Dalkeith, Midlothian.

“I will absolutely miss all my colleagues and friends, I’ll miss all of them: all the staff, the present and past, all the priests and sisters of the diocese who I have really had so much contact with over these 30 years.” 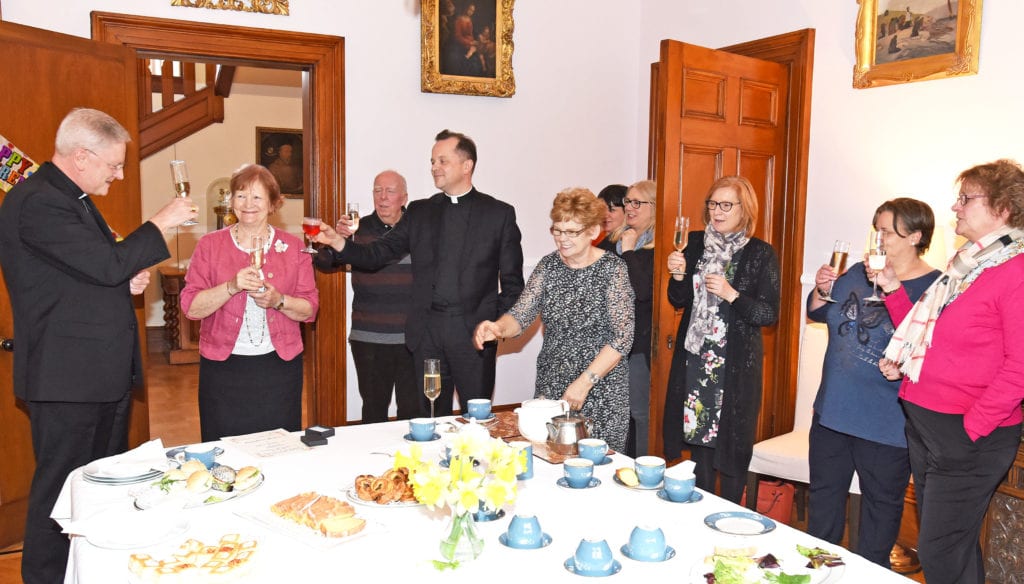 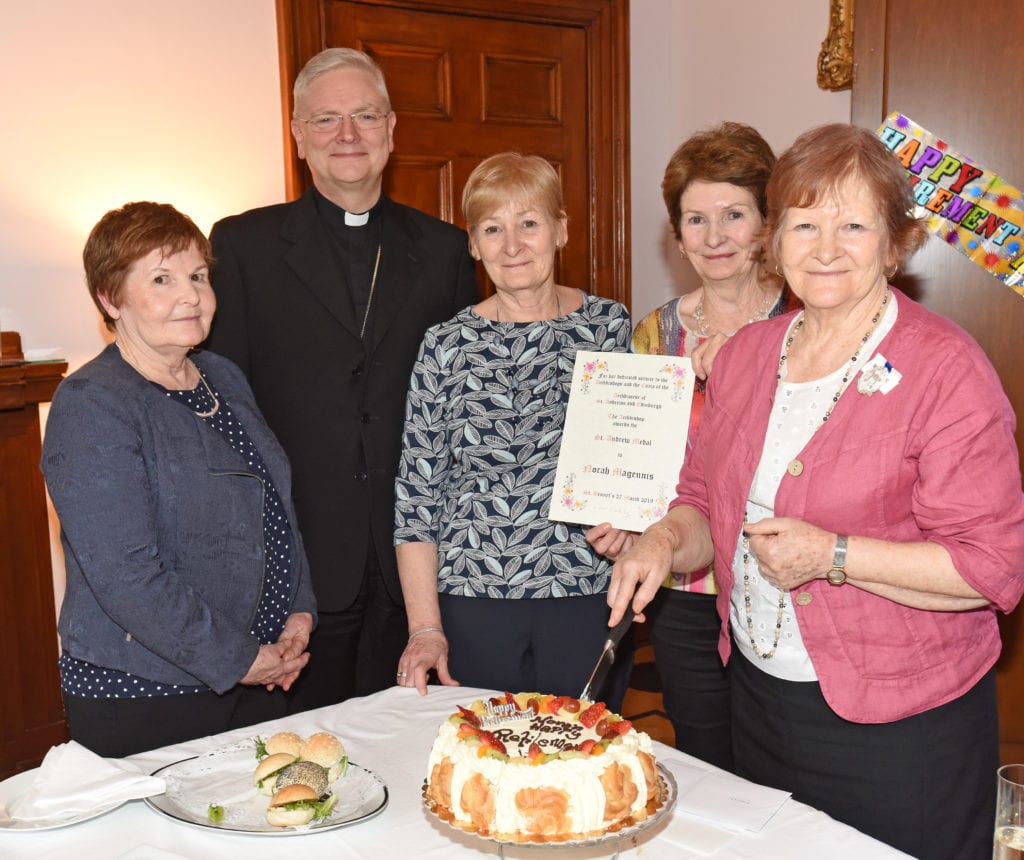 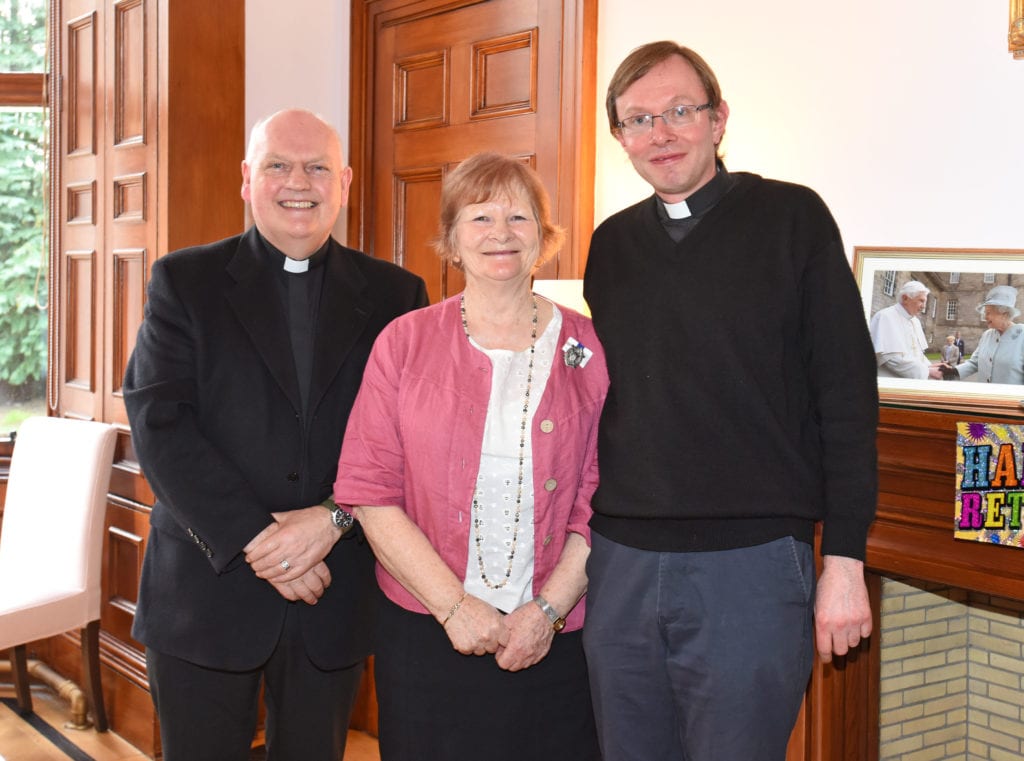