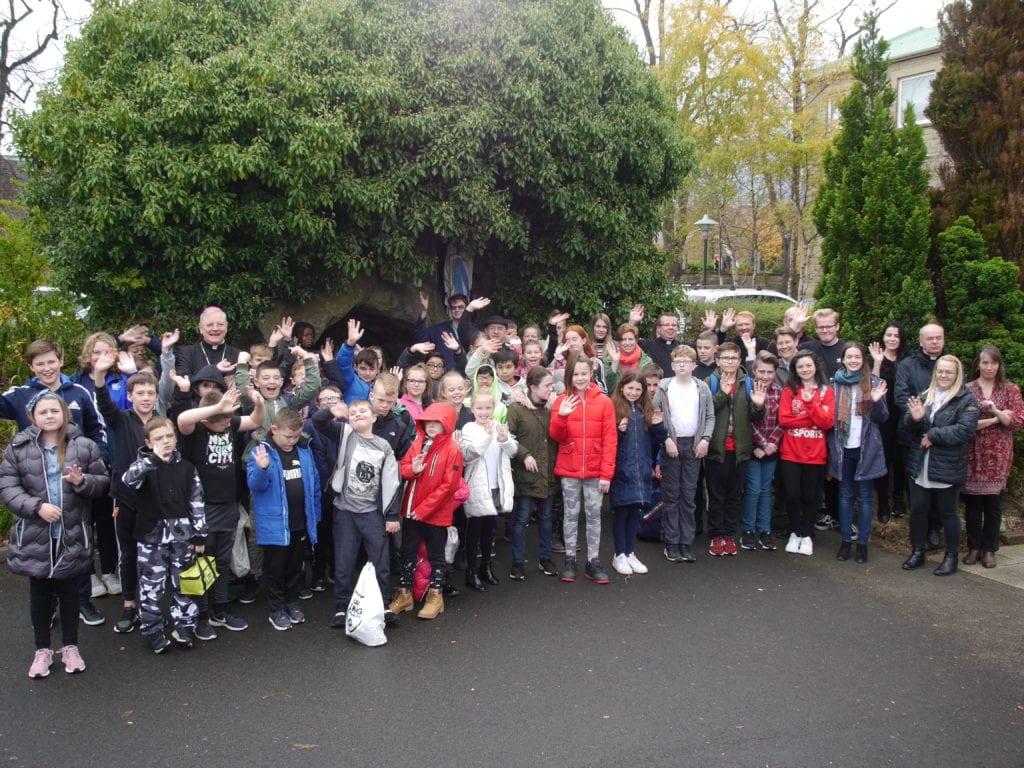 Say "hello" to all the young people who took part in the inaugural Archdiocesan Youth Day for 11-15 year olds which took place Saturday, 3 November, at the Gillis Centre in Edinburgh.

“The theme of the day was the saints,” explained Father Daniel Doherty, Vicar Episcopal for Catechetics, “we wanted to inspire our young people and, hopefully, they’ve been learning a bit more about the example of the saints as a helpful guide to a happy, holy and virtuous life.”

“I’d also like to thank the lay members of the Archdiocesan Catechetics Commission who have organised today’s gathering and to the numerous priests who supported it too, making this event not only a success but also a lot of fun too.”

The youth day ran from 11am to 3pm and began with a short talk by Claire Byars, a young Edinburgh woman who works for L’Arche in the city, on “how to become a saint”. Archbishop Cushley then gave a similarly short talk, on the particular example of Venerable Margaret Sinclair (1900-25).

There was also plenty of time during the day for play, snacks and prayer. It is hoped that Saturday’s inaugural event will prove a template for similar gatherings in the future.