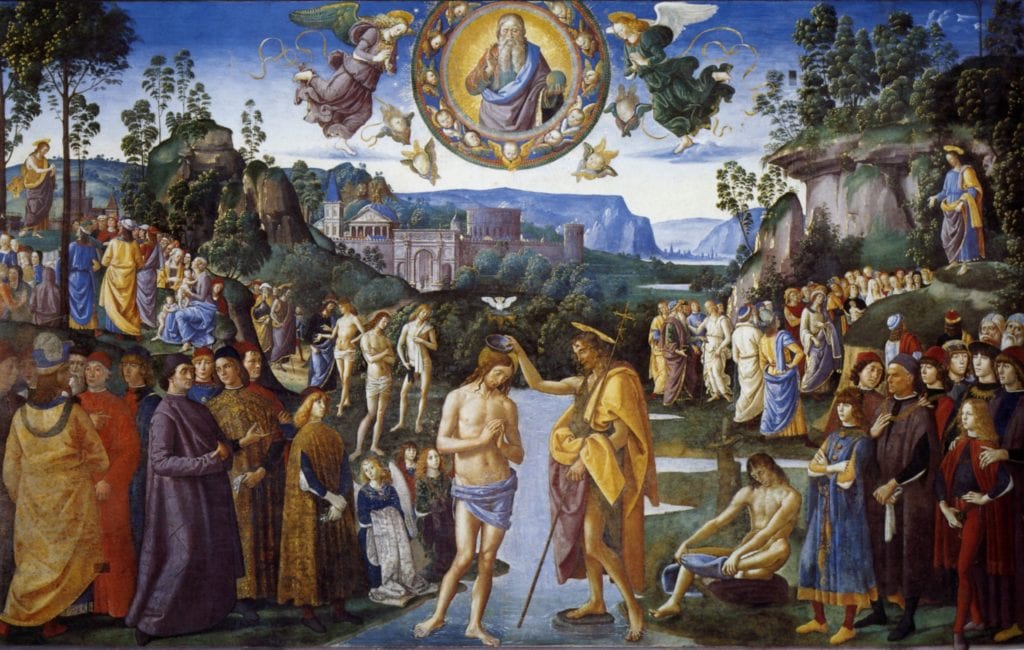 Baptism: The moment a soul is changed forever

In this week’s edition of the Scottish Catholic Observer, Father Jamie McMorrin, Assistant Priest at St Mary’s Metropolitan Cathedral in Edinburgh, explores the pivotal significance of baptism within the Christian life.

“Baptism is where it all begins,” writes Father McMorrin, “It is, as the Church teaches, the gateway to all the other sacraments: but it’s also the gateway to the whole Christian life.”

Father McMorrin, who hails from Kinghorn in Fife, was ordained to the priesthood in 2016. He studied at the Pontifical Scots College in Rome and was previously Assistant Priest at St Francis Xavier in Falkirk before moving to St Mary's Metropolitan Cathedral in 2018.

“Whenever people ask me how I became a priest, I’m always tempted to begin on the 14th of September 1986, when my mum and dad took me to the church to be baptised.”

Father McMorrin’s article is reproduced in full below. To read more from the Scottish Catholic Observer go to http://www.sconews.co.uk

Baptism is the moment a soul is changed forever by Father Jamie McMorrin:  Pope Francis, with his informal style and accessible approachability is sometimes described as the ‘parish priest of the world’: a Pope who seems most comfortable and most happy doing the things that all priests do, albeit on a global stage. This Sunday, the feast of the Baptism of the Lord, the ‘parish priest’ will carry out one of the most joyful tasks of ordinary priestly life as he welcomes some new ‘parishioners’ into his worldwide flock, baptising them in the Sistine Chapel. It’s a beautiful tradition begun by St John Paul II and continued by Pope Benedict XVI, but with its origins, of course, in the time of the apostles and the command of Jesus himself: to go and make disciples of all the nations, baptising them in his name.

In the Cathedral in Edinburgh, most of our baptisms are celebrated by our Deacon, and so although I now have the happy option of a leisurely lunch and even a quick snooze in between Masses on a Sunday afternoon, I do rather miss doing baptisms, and I’m always very glad to be called upon to fill in, or to be asked to baptise the children of friends or family.

Not that I’m especially good at it – as a father and grandfather, our Deacon is much more accustomed to wriggly babies and troublesome toddlers than I am. Although I do my best to celebrate the Rite with the dignity and care that the liturgy requires, most of my baptisms are noisy, messy and slightly chaotic affairs. Tears, cries and screams no longer terrify me. I’m used to unblinking stare-offs, gurgles and giggles, and the babies who think that the pre-baptismal anointing is an unusual variant on a tickling game. We even once had to include an interval for an emergency feed – on the part, I hasten to add, of the baby rather than the priest!

In my defence, baptism is not the most child-friendly of rites: a pool of water, two kinds of oil, a long, flowing garment (sparkling white, of course!) and even a lighted candle being passed around, combine to give plenty of scope for chaos, and are the stuff of nightmares to the liturgically rigid and the obsessively tidy (guilty on both counts). Of course, the original recipients of baptism were, like our Lord himself, not tiny babies but mature adults. The accompanying rites were spread out over a long process of initiation still found in the restored RCIA, not condensed, quick-fire, into a stand-alone, twenty minute ceremony for new-borns.

But there’s nonetheless something wonderfully beautiful about baptism. In amongst all the mess, something tremendous is happening: something that is very ancient, very powerful and with eternal consequences. In that moment, the soul is changed forever, washed of original sin and claimed for Jesus Christ. New, spiritual life is generated: just as the mother and father have cooperated with God to bring this child into the world, so in the Rite of Baptism, Mother Church brings forth new, supernatural life through the words and actions of the priest whom the child will grow up to address as ‘father.’ I know that I’ll have no children in this life. But I hope to be reunited in heaven with the hundreds of spiritual children whom it has been my privilege to bring to life through baptism.

Baptism is where it all begins. It is, as the Church teaches, the gateway to all the other sacraments: but it’s also the gateway to the whole Christian life. Whenever people ask me how I became a priest, I’m always tempted to begin on the 14th of September 1986, when my mum and dad took me to the church to be baptised. It wasn’t until I had almost finished seminary that my mum told me that the elderly priest that day had a custom of praying that the little boys he baptised would one day receive a priestly vocation. Of all the wonderful priests throughout my life who’ve helped me, inspired me and formed me, I know that I owe a special debt of gratitude to him.

For all of us, baptism is where our vocations begin. It’s the beginning of a journey of sanctification, of discipleship, of mission, that will come to its fulfilment in heaven. This is true whether we’re baptised by a saint or a sinner, by a deacon, a priest or even by the Pope. The one who baptises is always Jesus himself, who pours out his abundant, life-giving grace for salvation, who grafts a new member onto the Church that is his Body, who once more builds up the heavenly City with another tiny, living stone. In baptism, the Church grows, souls are saved and saints are made. That’s better than a siesta any Sunday!