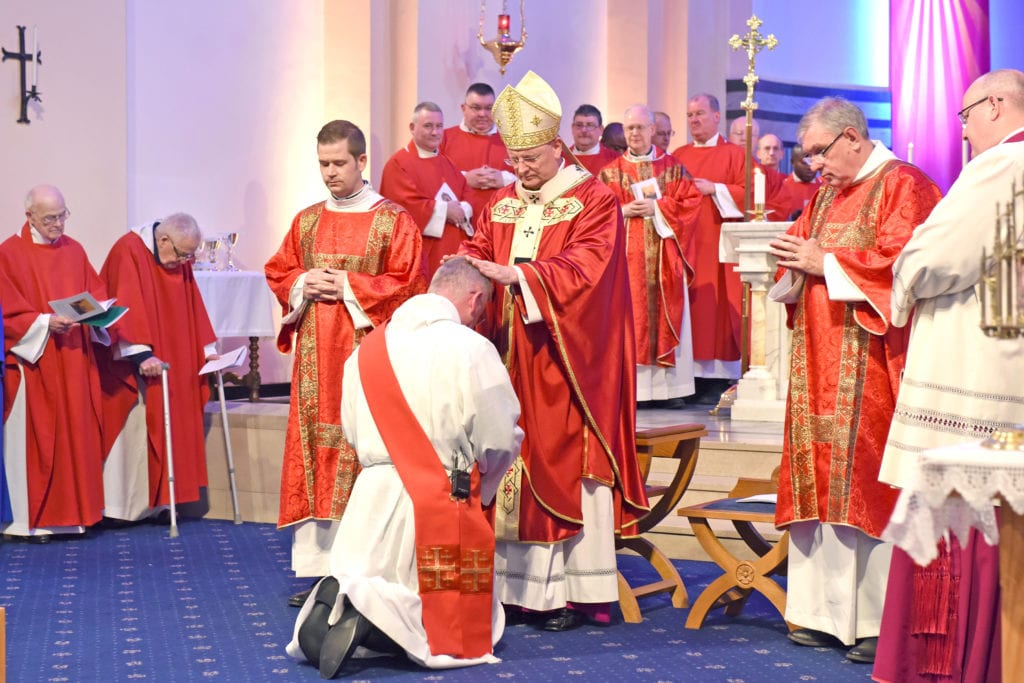 Congratulations to the Father William McQuillan, ordained to the Holy Priesthood by Archdibishop Leo Cushley at St Margaret’s parish in Dunfermline, 3 July, the Feast of St Thomas the Apostle.

“It’s fantastic to be here,” said the newly-ordained Father McQuillan, who first considered a vocation to the priesthood over 25 years ago, “It’s been a long journey, tonight’s not the end, though, it’s just he beginning, I’m so glad to be a priest today.”

52-year-old Father McQuillan hails originally from Stirling but lived and worked in Dunfermline in recent years before setting off for seminary at the The Pontifical Beda College in Rome back in 2015.

Last night saw family, friends and many other well-wishers fill St Margaret’s Church to pray for and with Father McQuillan as he was ordained by Archbishop Cushley. Holy Mass was con-celebrated by over 30 priests from across the Archdiocese of St Andrews & Edinburgh and beyond, each wearing red vestments to denote the martyrdom of St Thomas the Apostle. Assisting were the seminarians of the Pontifical Scots College in Rome.

“It is providential that we have the opportunity to reflect upon the faith of Thomas, as we gather tonight to ordain William to the priesthood,” said Archbishop Cushley in his homily, “for William is to become an alter Christus, another Christ in our midst.”

“Priests are unworthy, mortal figures, but through Holy Orders they are conformed to Christ the High Priest. They are not of themselves holy, but they are nonetheless set aside to offer sacrifice on behalf of us all, to preach the Good News and to celebrate the Sacraments for the People of God.”

“The objective action of the conferral of Holy Orders assures us of the efficacy of the priest’s sacred actions; but the personal transformation of the man, the earthen vessel receiving such a gift, is something distinct. And yet it is obviously desirable too.”

The sacred liturgy concluded with a rousing congregational rendition of an anthem to St Margaret, patronal and national patroness. Father McQuillan then bestowed his first priestly blessing upon many of those present, beginning with Archbishop Cushley, before all made their way across the the adjacent Carnegie Hall for a celebratory reception.

Congratulations Father McQuillan. Ad multos annos! Our Lady, Queen of the Clergy, Pray for Him! 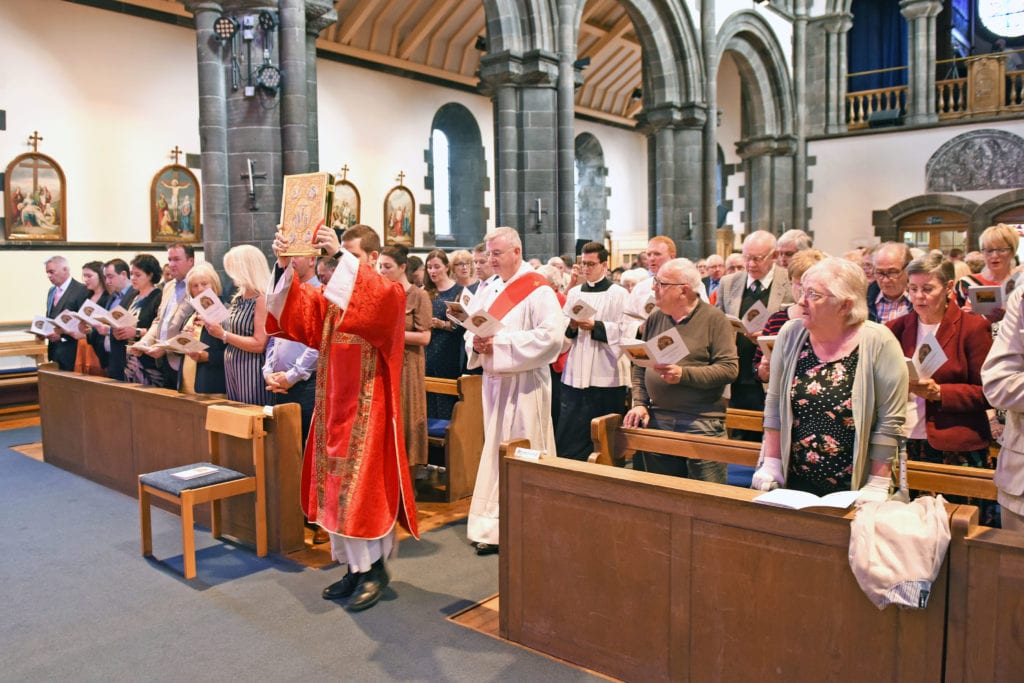 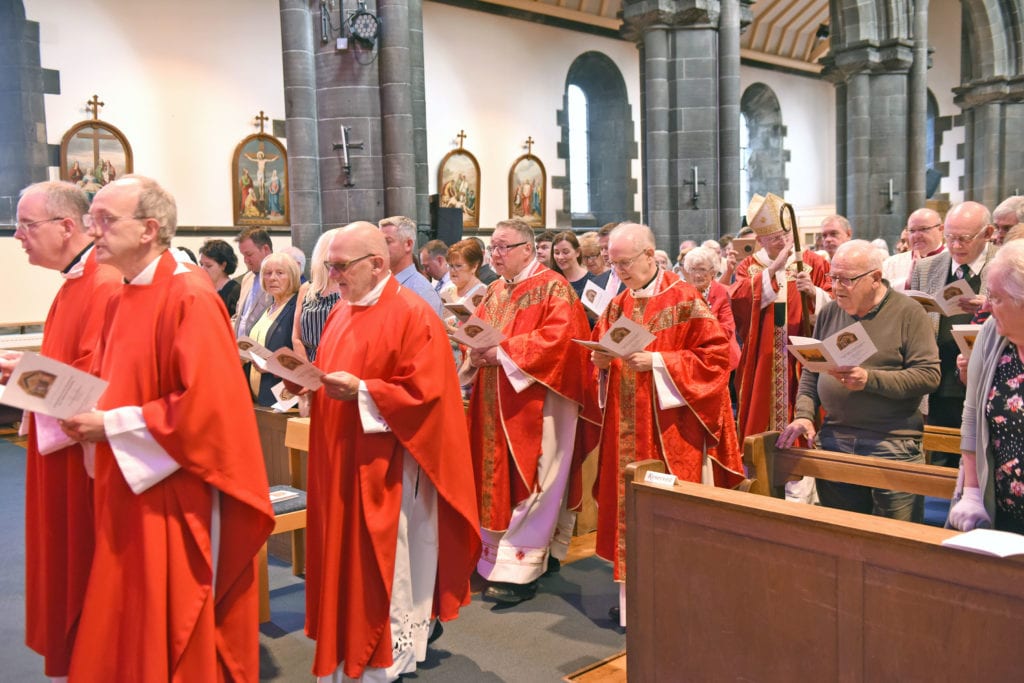 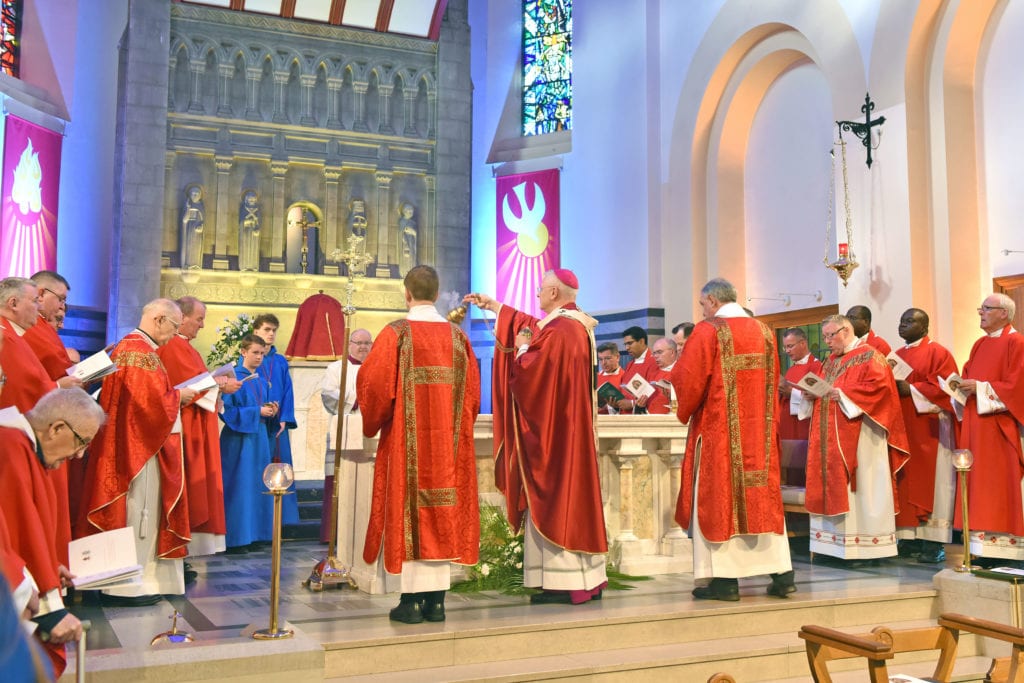 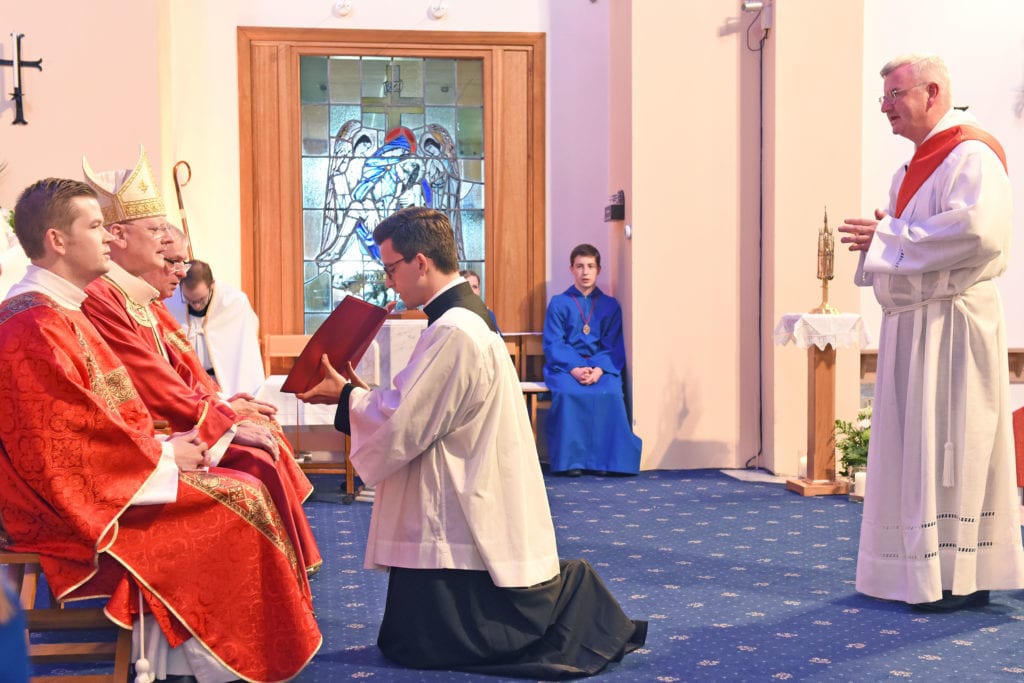 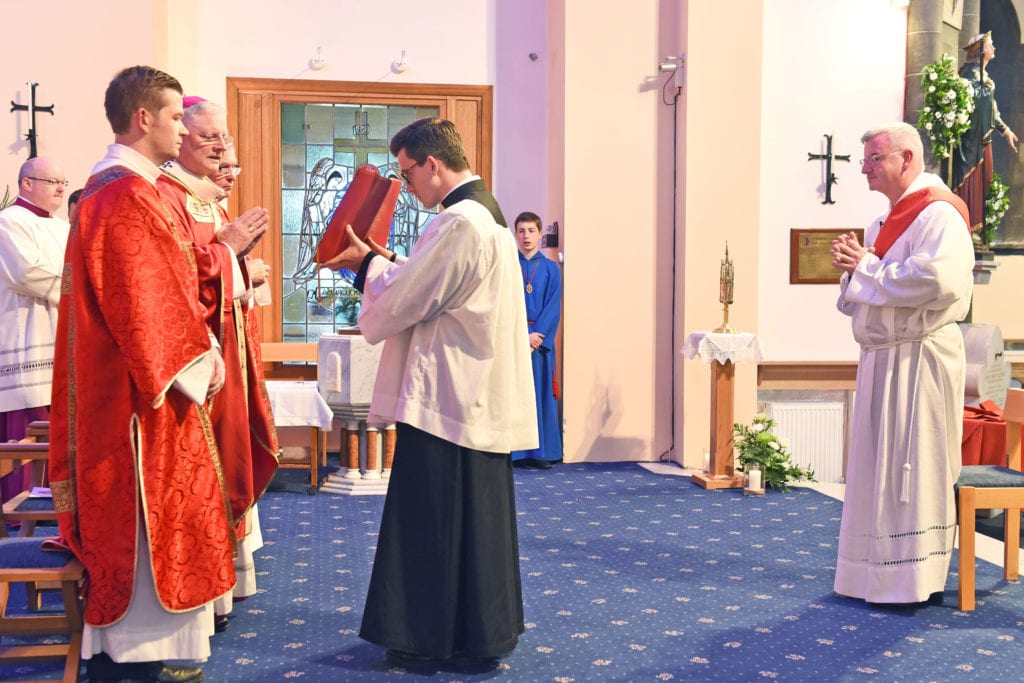 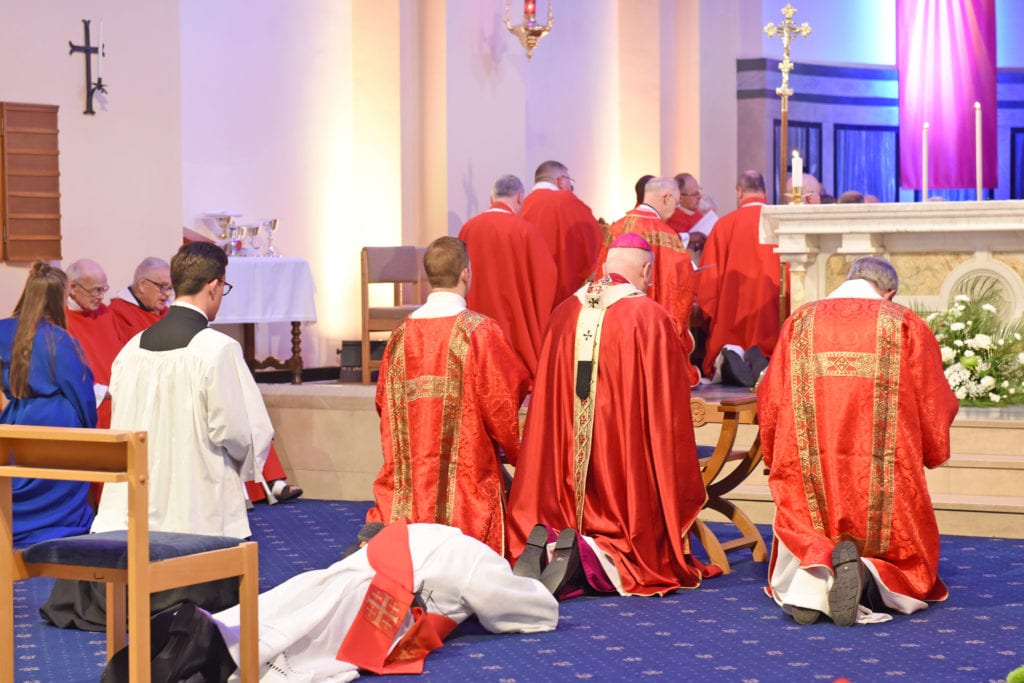 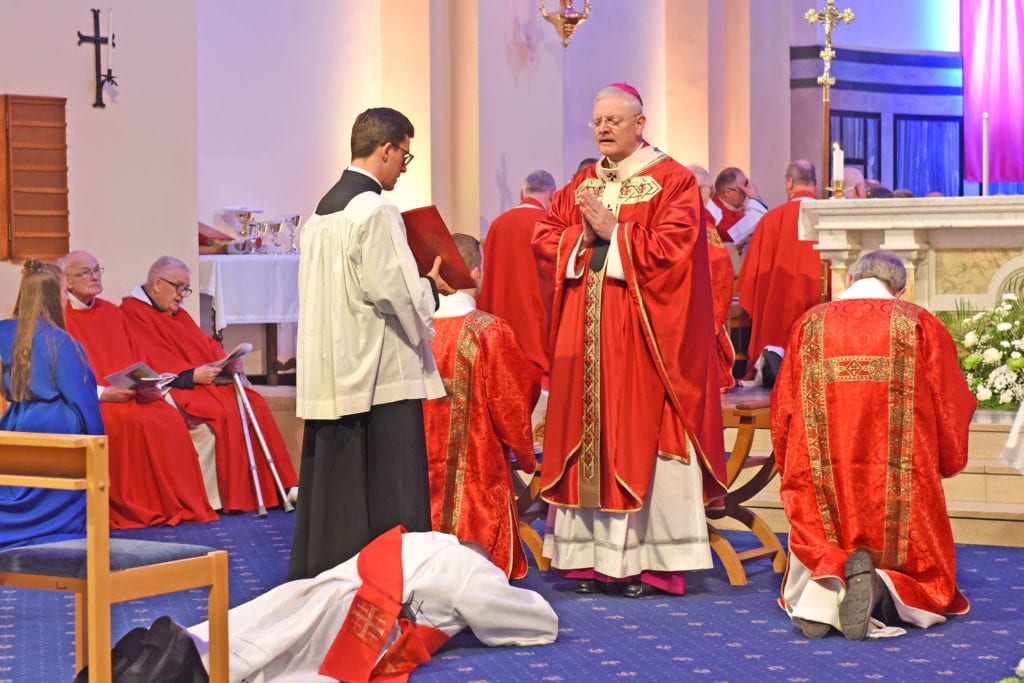 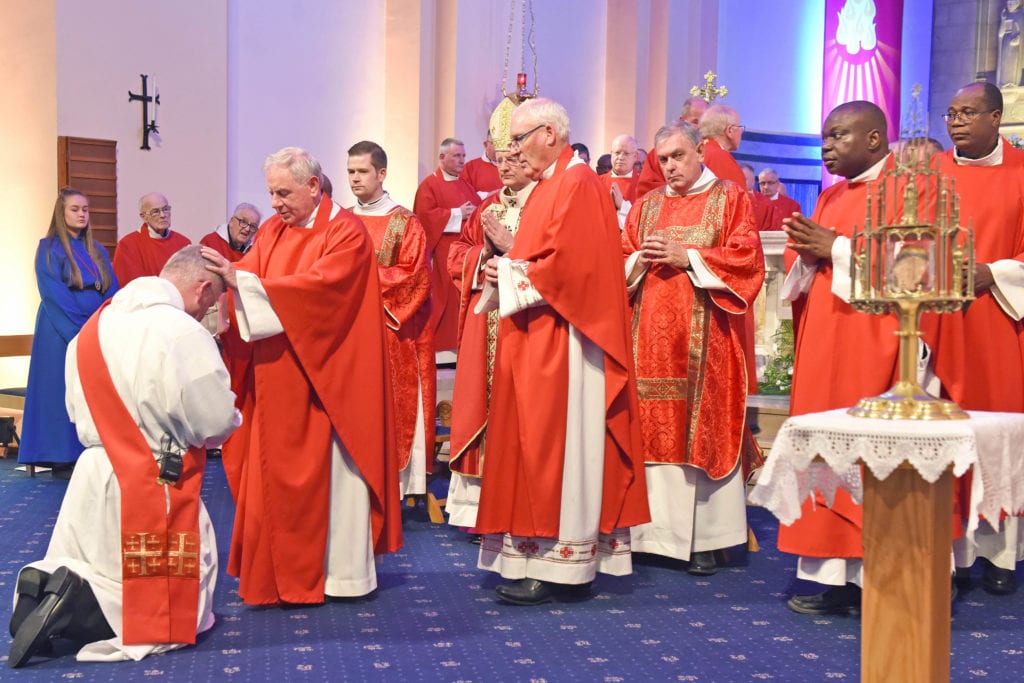 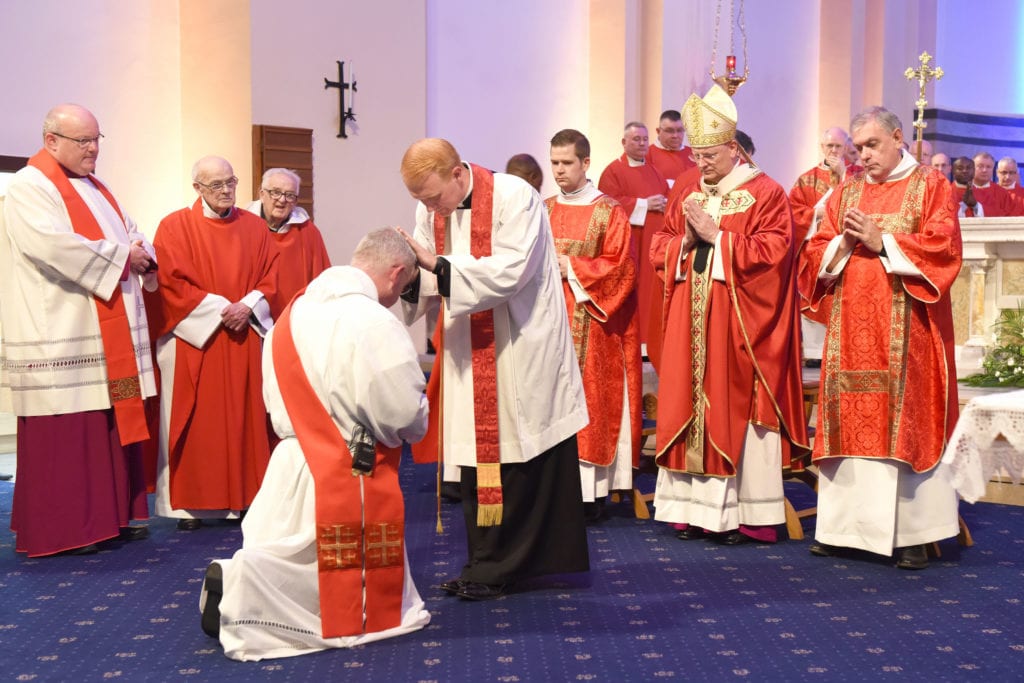 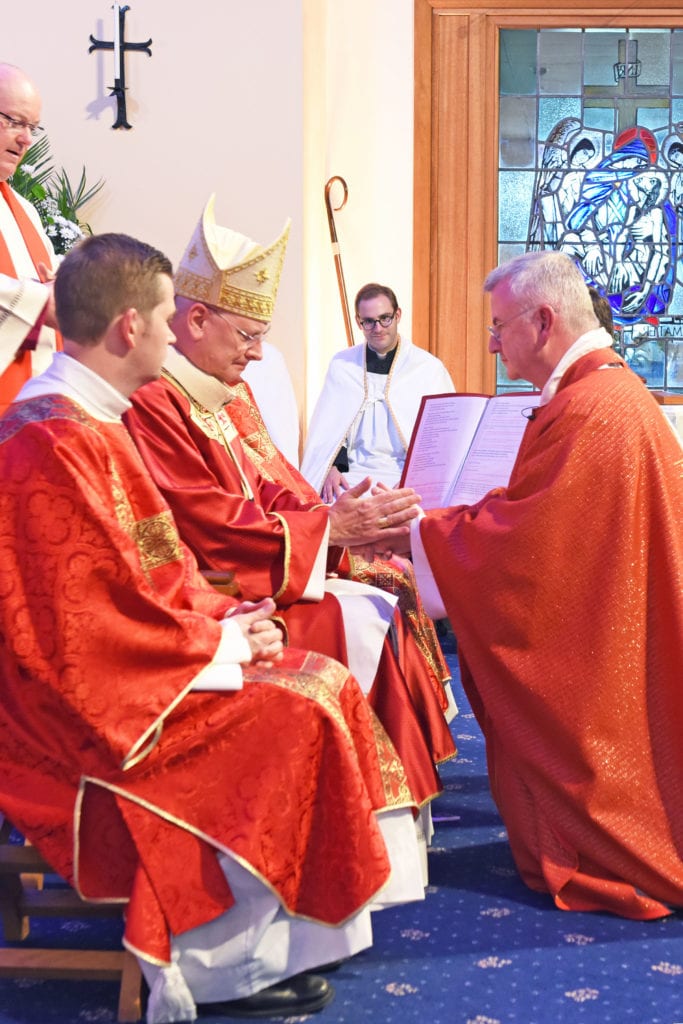 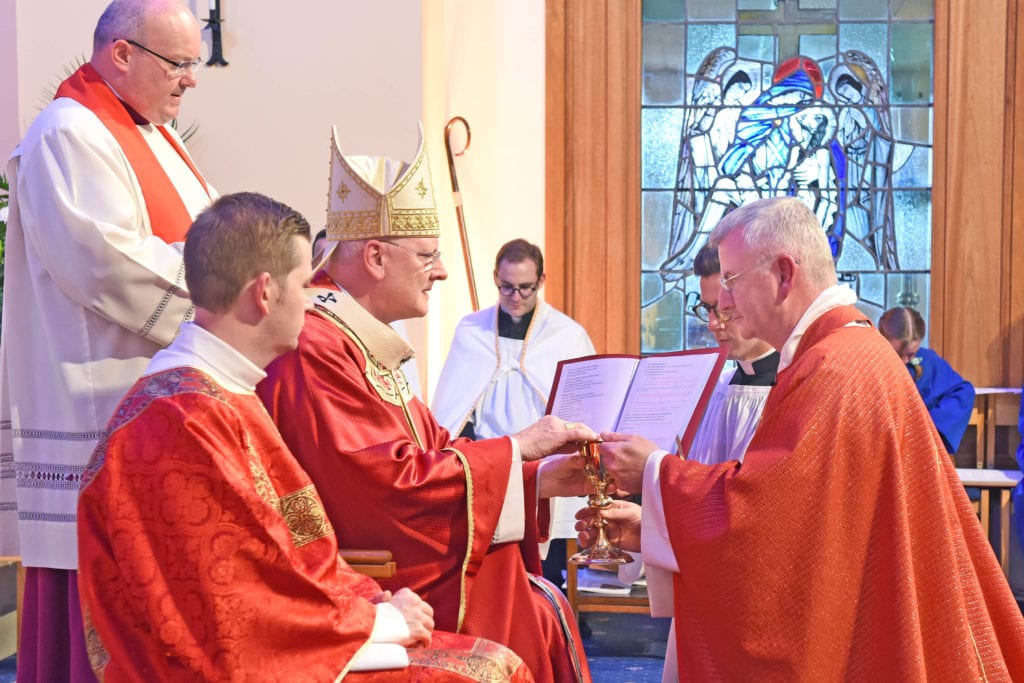 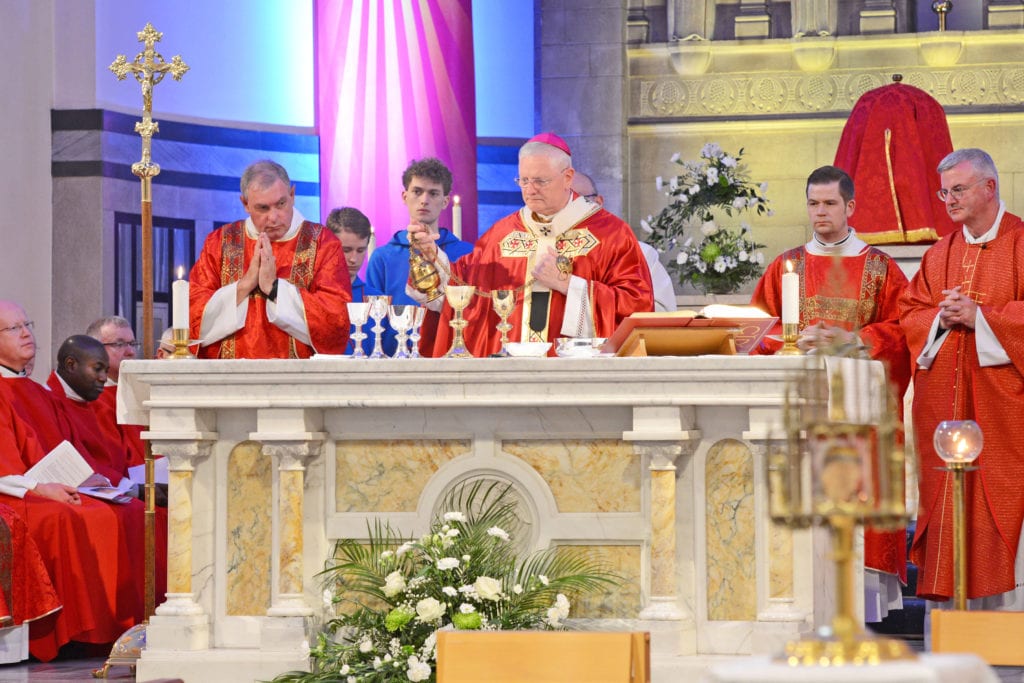 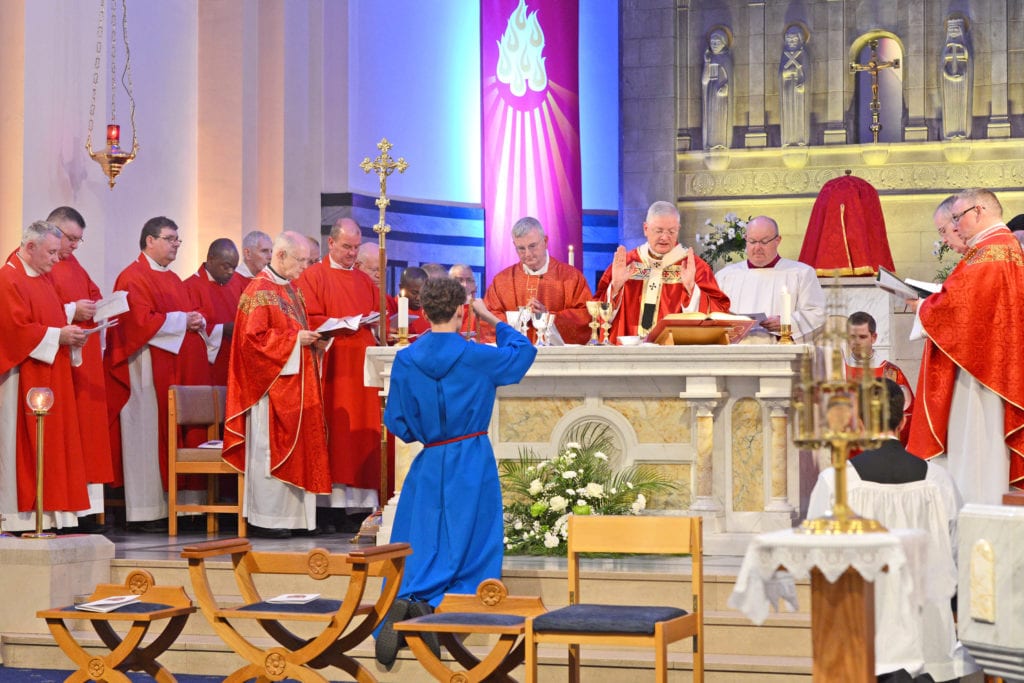 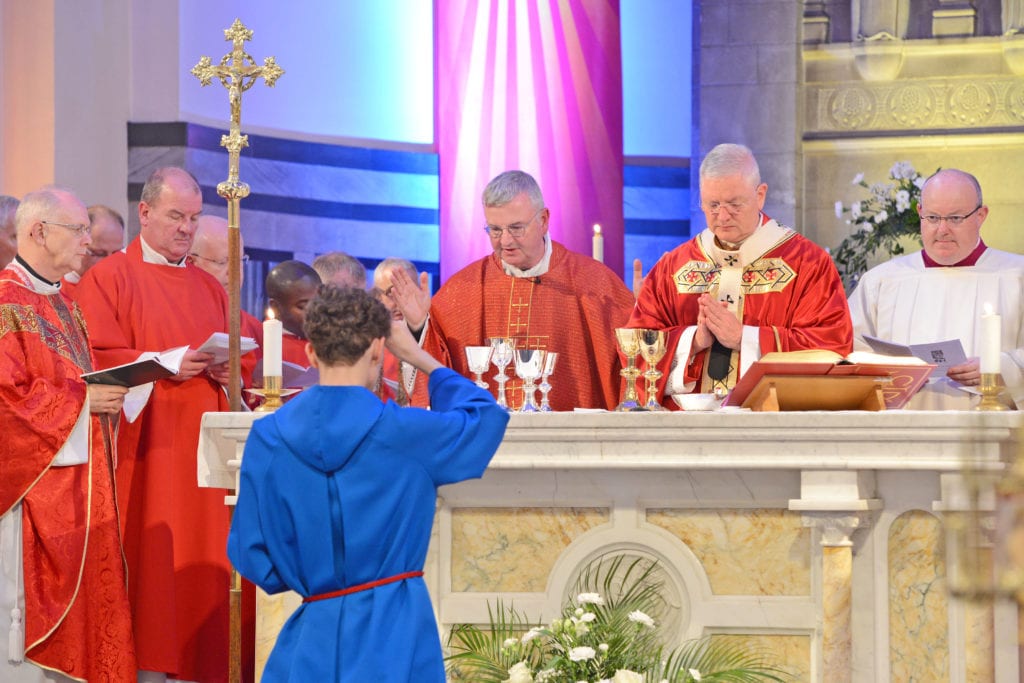 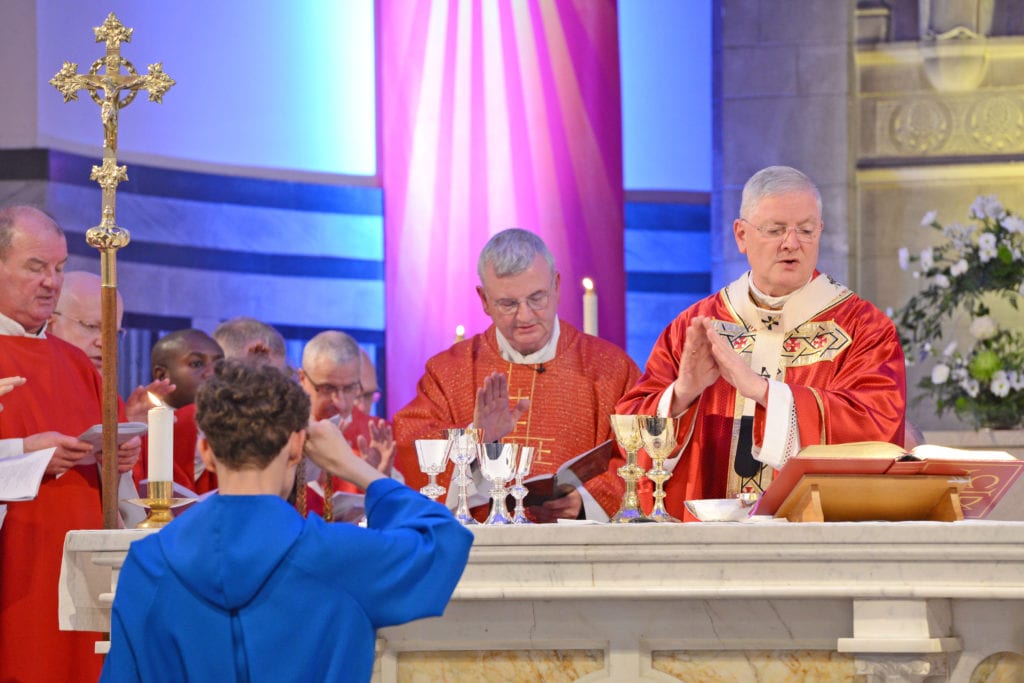 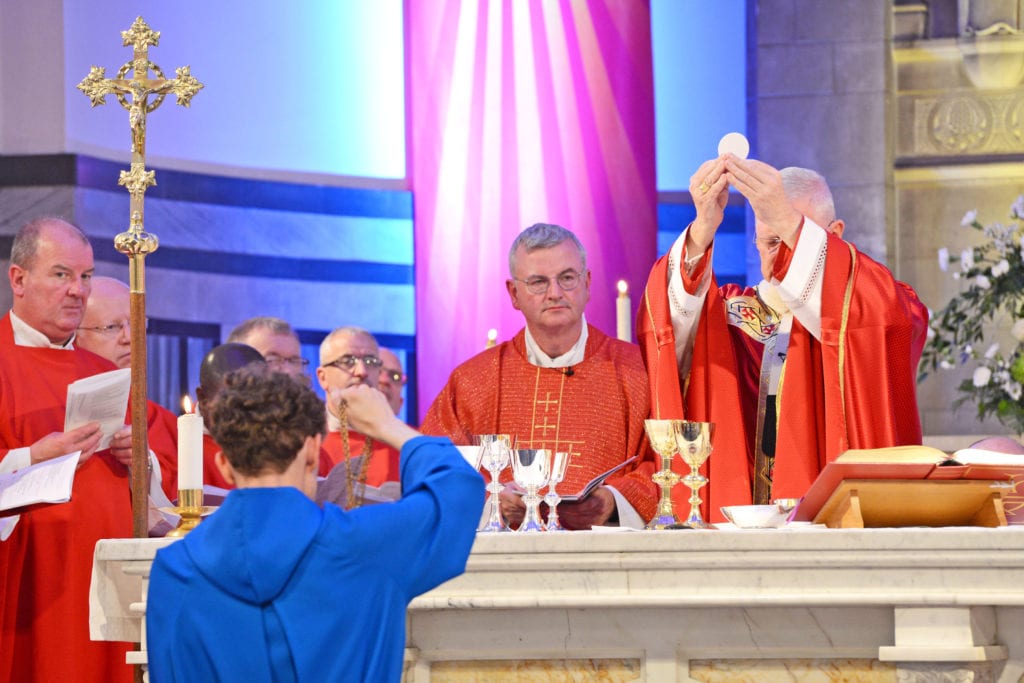 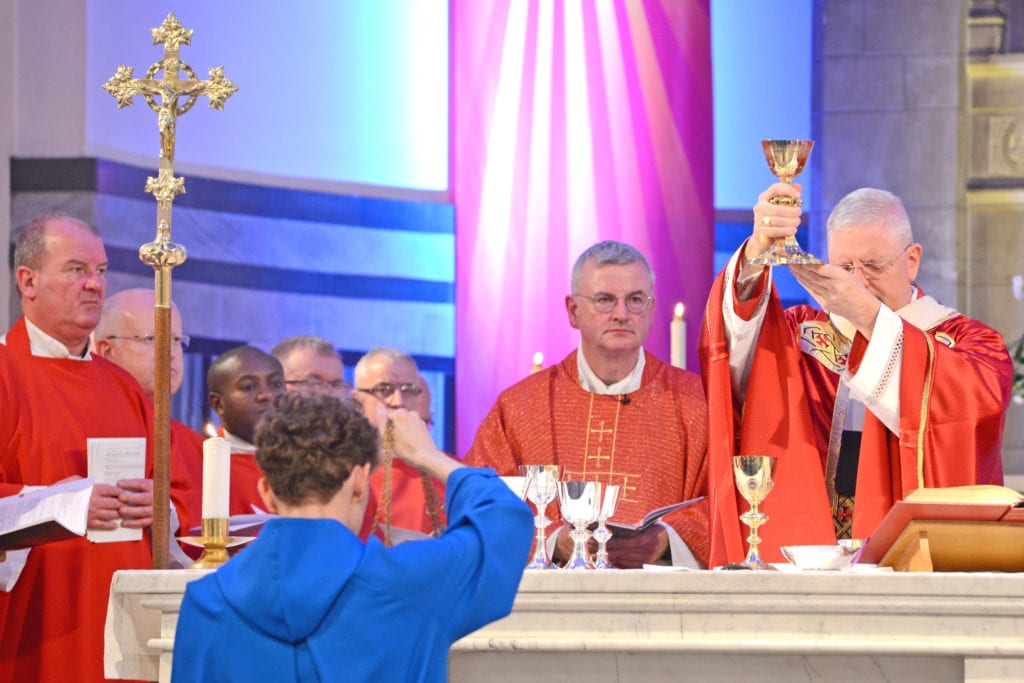 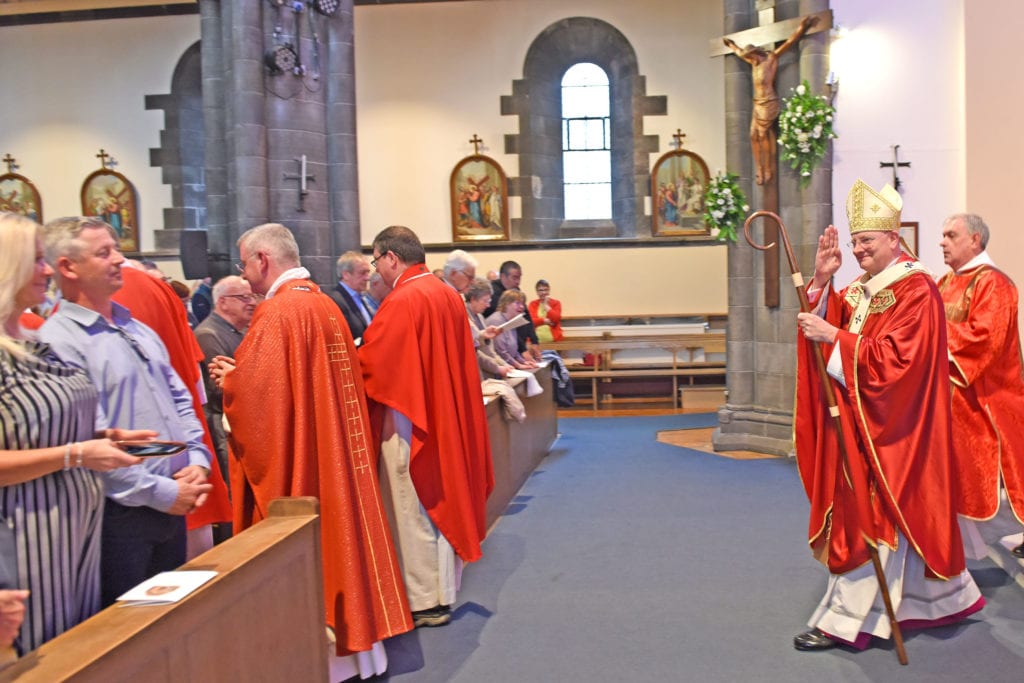 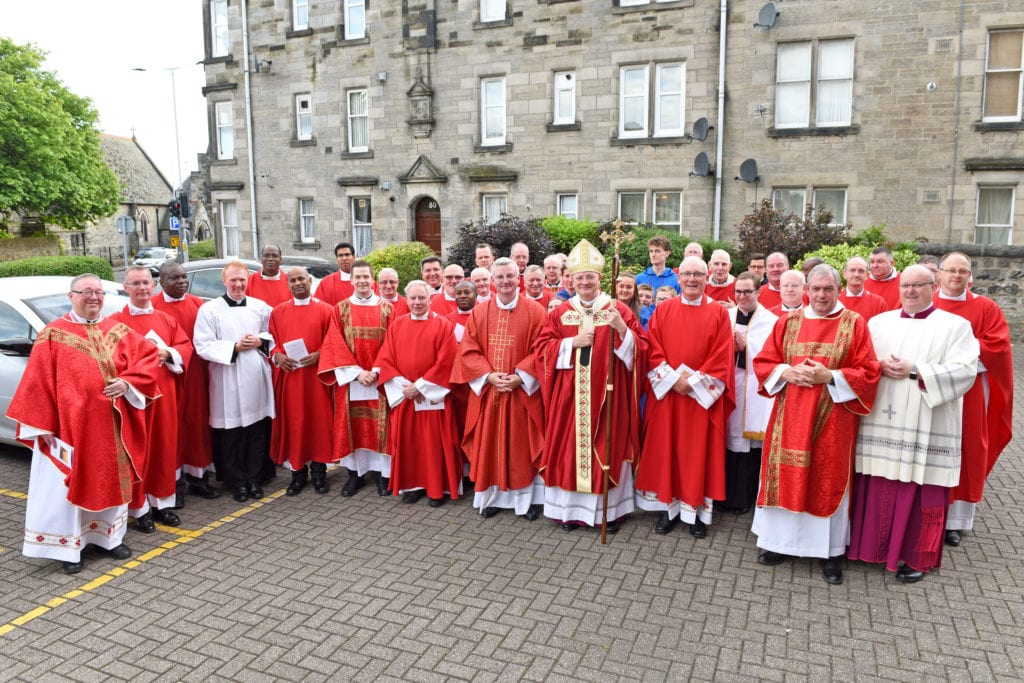 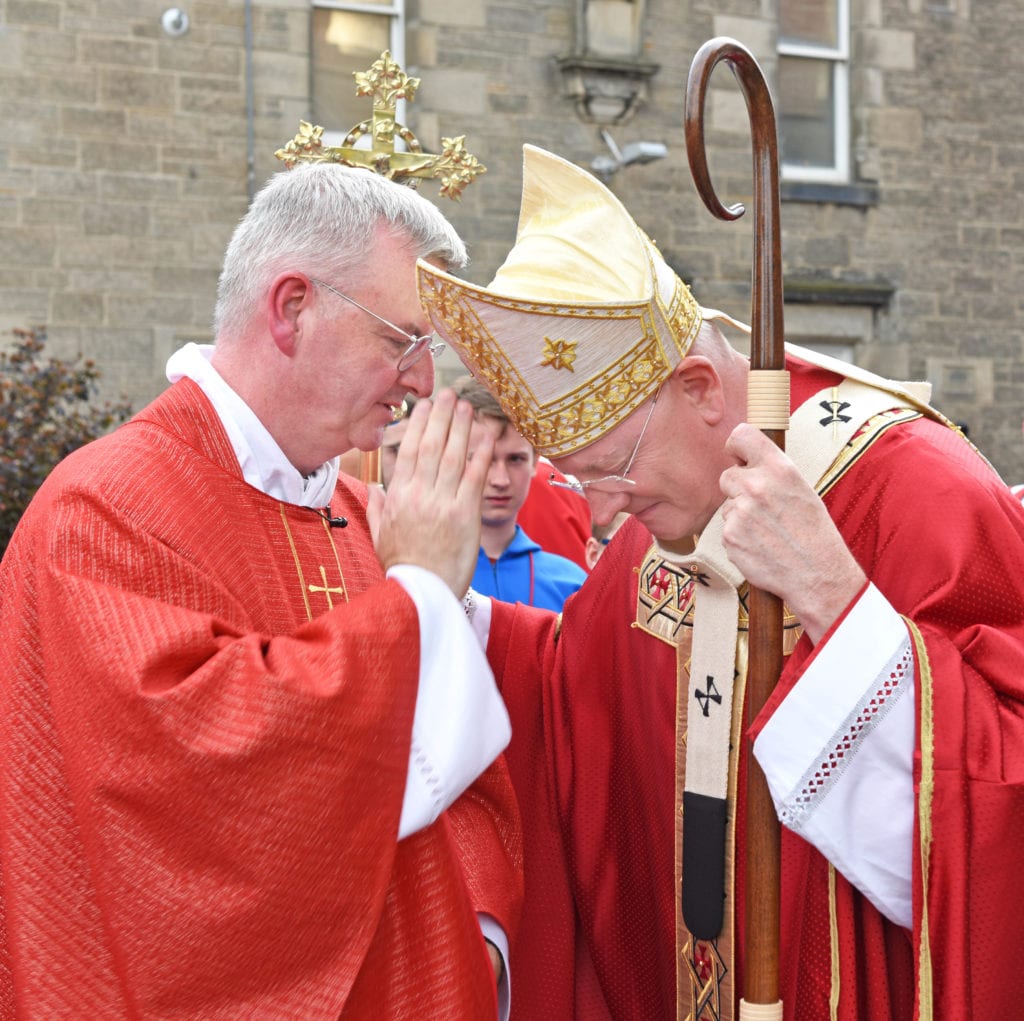 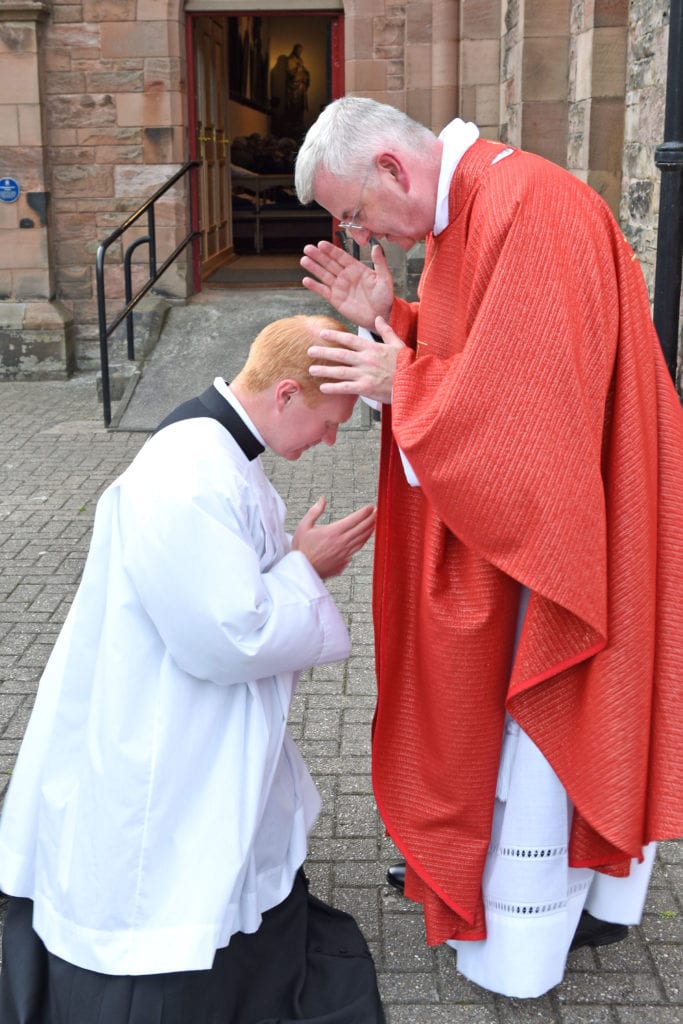 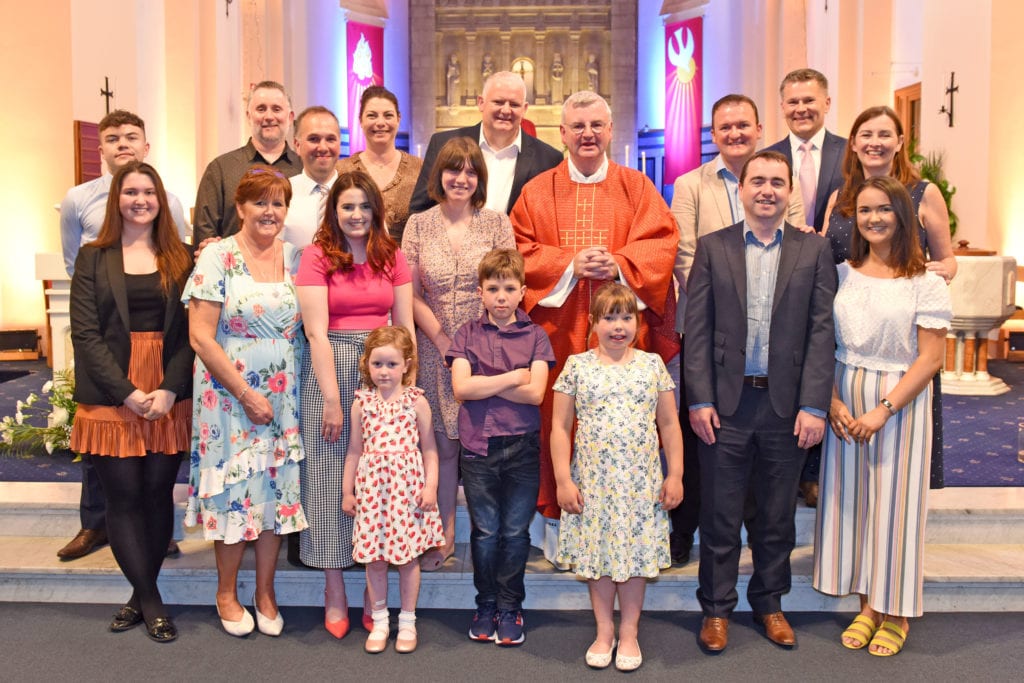 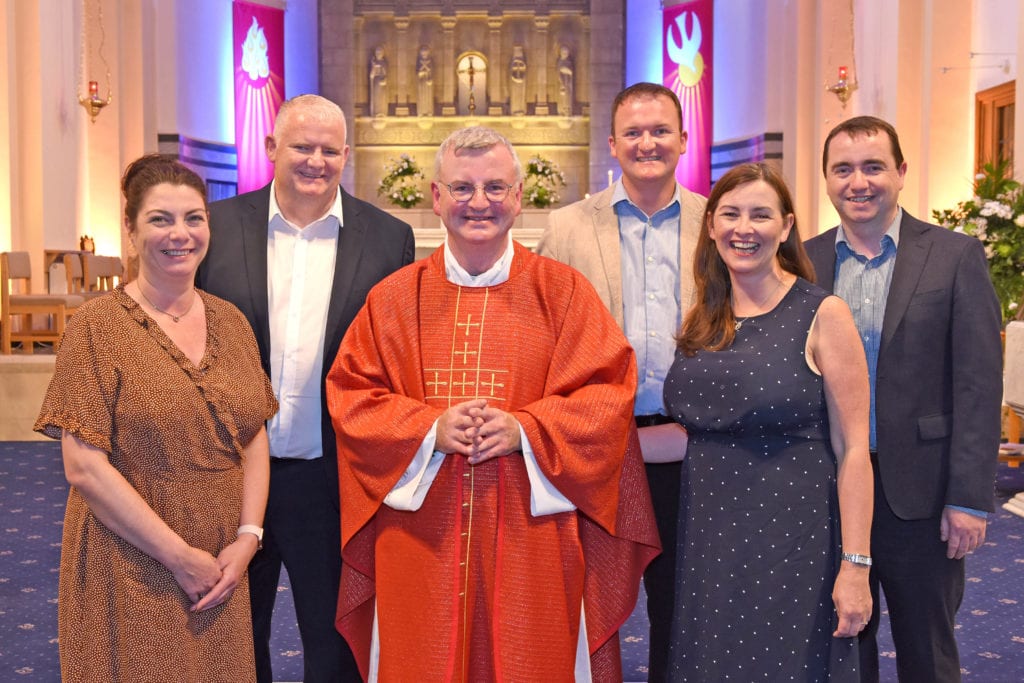 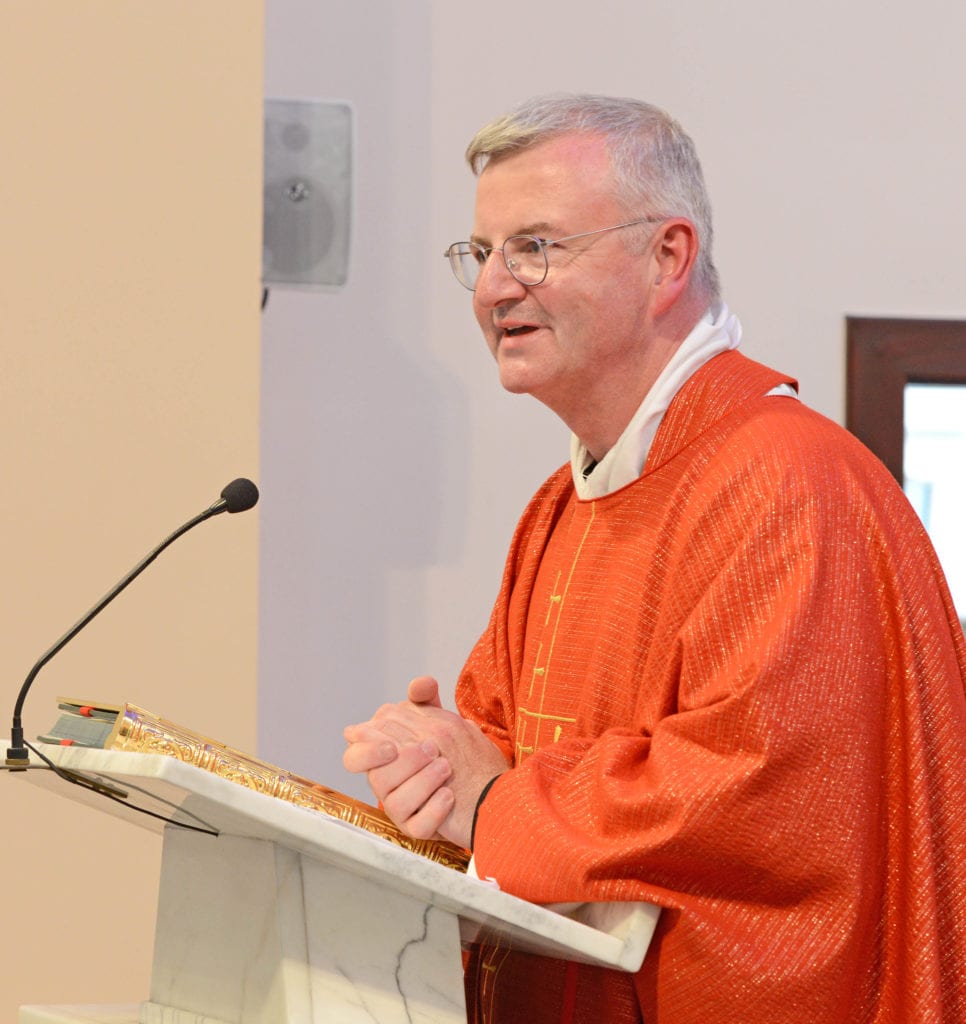 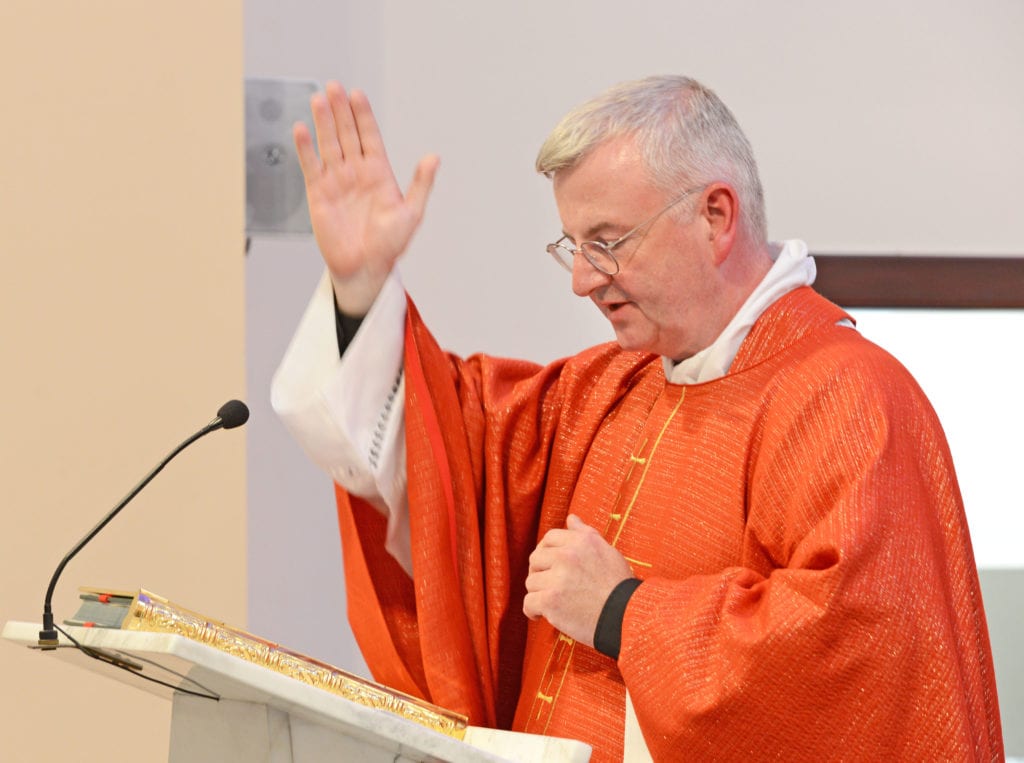 « Q&A: Deacon William on his path to priesthood
'The graces from Lourdes are for all': Pilgrims fly out to France »