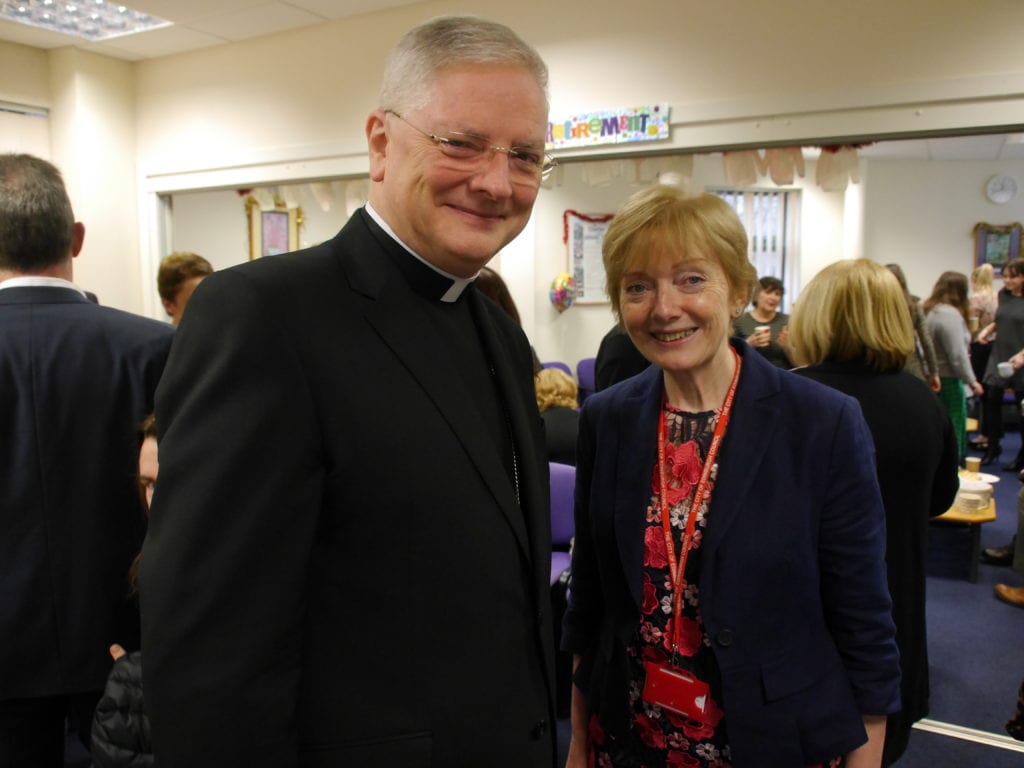 A fond farewell to Mrs Nazarian

Archbishop Leo Cushley popped into St Peter’s Primary in Morningside, Edinburgh, this morning to say farewell to the school’s Headteacher, Mrs Kathleen Nazarian, who is retiring at Christmas after 42 years in education.

“I have very mixed emotions today,” said Mrs Nazarian 18 December, “Yes, I’m looking forward to retirement but I’ve been in education for a long time now and it’s going to be strange to be moving away from the children and the staff as it’s something that’s been very much part of my life for such a long time.”

“I haven’t made too many plans for retirement just yet,” she said, “I’ll have lots of time with family and friends though.”

Mrs Nazarian retires upon the 100th anniversary of Catholic schools becoming part of the state education system. She believes that the “Catholic ethos” of the schools underpin their popularity.

“The fact that parish, families and schools work so closely together has really contributed to the success and the growth of Catholic education in Edinburgh and across Scotland.”