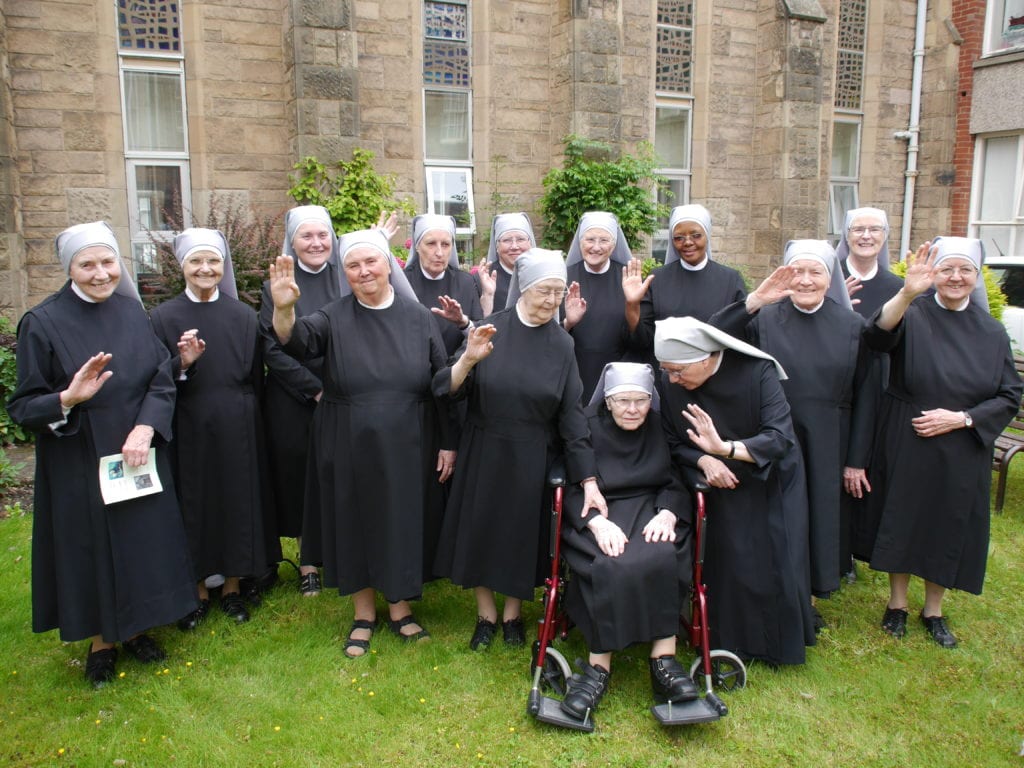 Farewell to the Little Sisters

The chapel of St Joseph’s Care Home on Edinburgh’s Gilmore Place was packed to overflowing Sunday 5 August as the Little Sisters of the Poor bade a prayerful farewell to the city after 155 years of service to the capital’s elderly population.

“These have been 155 years of love and service,” said Archbishop Leo Cushley of St Andrews & Edinburgh to a packed congregation, “so I don’t think we should feel like mourning, I would discourage that, and would prefer to emphasise the immense amount of good that the Little Sisters of the Poor have done here and to give thanks to Almighty God for that.”

“We will miss the Sisters’ gentle presence and their very effective, albeit discreet and quiet, witness that they have given," said the Archbishop, “they will always merit our thanks and our affection for all that they have achieved here over that past century and a half.”

The Little Sisters were founded in 1839 by Saint Jeanne Jugan, a Breton woman who established the order to care for the elderly, having felt the need to care for the many impoverished elderly, who lined the streets of French towns and cities. The order opened a care home for the elderly of Edinburgh on 16 September 1863 at St Joseph’s House, then situated on Leith’s High Street.

“It is very humbling to see so many people come together here this afternoon to share this final Mass with us as we give thanks for the past 155 years.,” said Sister Kathleen Taylor, Mother Provincial of the Little Sisters of the Poor, at the conclusion of Holy Mass, “Thank you for being here, it means a lot to us as we prepare to leave this beautiful city which generations of Little Sisters have served for so long.”

Over recent months, the Little Sisters have worked tirelessly to find the few remaining residents of St Joseph’s alternative accommodation, either at one of their other care homes in Scotland and England or in local care homes in Edinburgh.

The building on Gilmore Place will now be placed on the market with all proceeds from its sale being reinvested into the care of the elderly at the Little Sisters’ homes in Greenock and Glasgow or elsewhere across the United Kingdom depending on where need is deemed greatest.