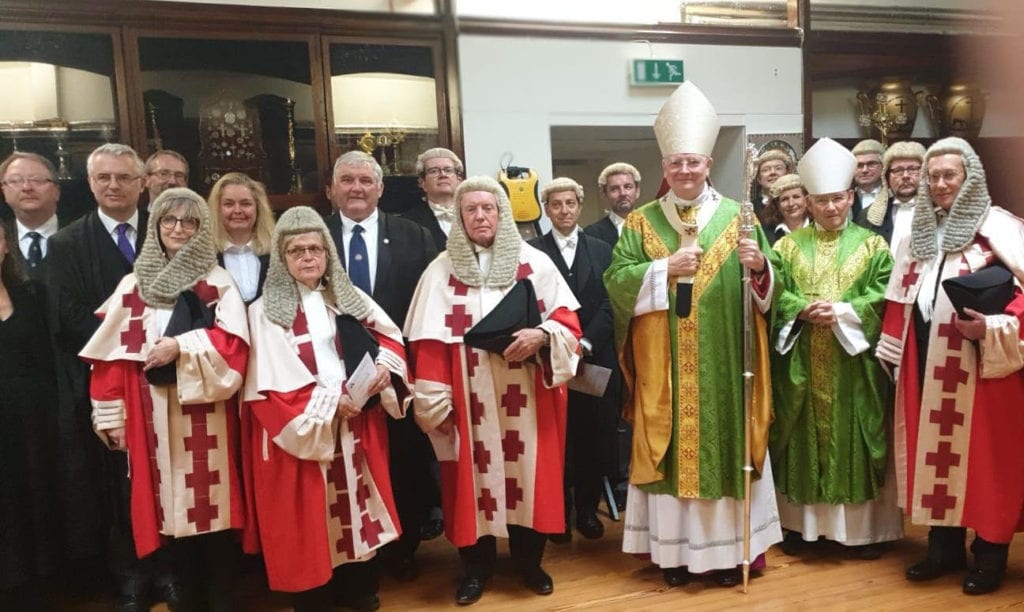 The annual Red Mass to mark the beginning of the new legal year took place on Sunday at St Mary’s Catholic Cathedral in Edinburgh.

A guest preacher, who had come all the way from Oregon in the US, was in attendance to address the assembly of robed lawyers, advocates, judges and representatives from across the Scottish legal profession.

Abbot Jeremy Driscoll OSB, Abbot of the Mount Angel Abbey in Oregon (main picture, fourth from right), is a renowned international speaker and author and teaches at The Pontifical University of Sant’ Anselmo in Rome and has appointments to a number of key Vatican Commissions.

He preached on the importance of truth and justice and joined Archbishop Leo Cushley of St Andrews & Edinburgh Archdiocese in welcoming the gathering of legal professionals from across the country.

Red Masses are historic events that occur in jurisdictions across the world. The earliest recorded Red Mass for the legal profession is in Paris in 1245 with England following in 1310. In Scotland, it is an official Court of Session event which (in modern times) has been celebrated since the 1930s, when Lord Carmont and Lord Moncrieff attended.

These days, it is now a very well-established feature on the Scottish legal calendar, though is yet to rival the Red Mass in Washington, which has been attended by a number of US Presidents.