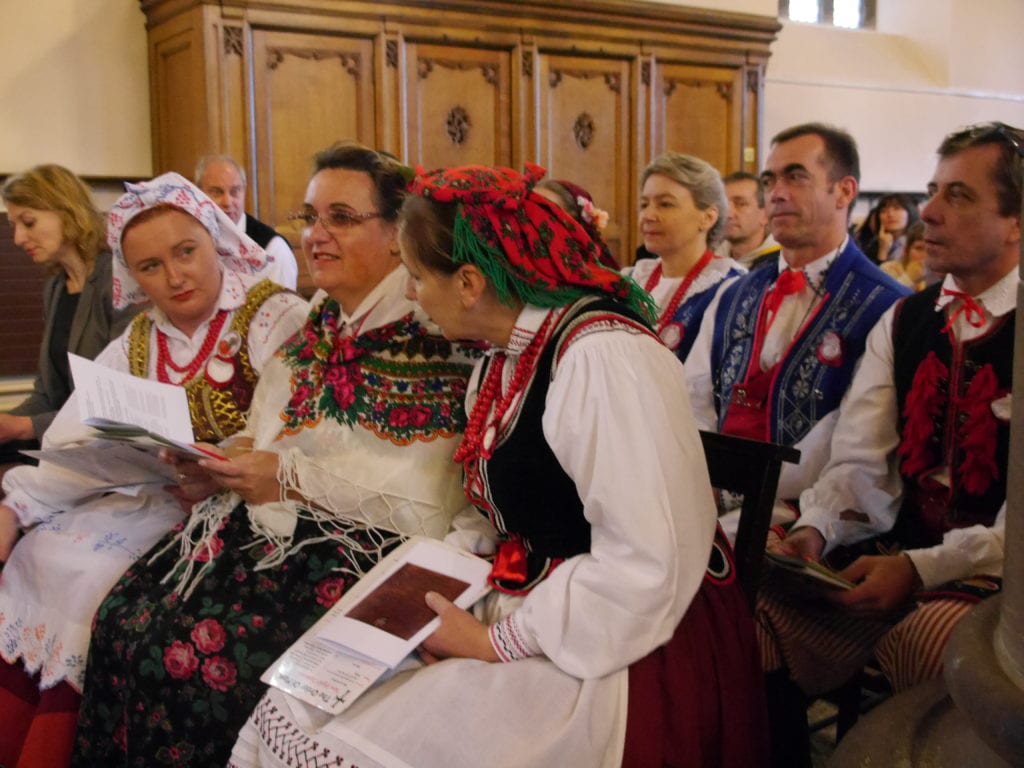 It is the Catholic faith of the Polish people that has sustained them through numerous historical hardships, including Nazi and Communist occupation, said Archbishop Leo Cushley during Holy Mass, Sunday 4 November, to mark the centenary of Polish independence.

“The Poles are a people of an ancient language, culture, tradition and faith.  They have lived on their land, fearing God and keeping their faith; but history as we know has not always been kind to them,” said the Archbishop to a packed congregation at St Mary’s Metropolitan Cathedral in Edinburgh.

“Their faith in particular is something that still draws Poles together and has given them an identity that has endured centuries of difficulties and hardships, and in our own times, their land under Nazi occupation was witness to some of the worst of man’s inhumanity to man known to us.”

Poland re-gained her independence on 11 November 1918 when the Armistice that brought an end to the conflict of the Great War also saw the German, Austrian and Russian empires relinquish control of their Polish lands which had been partitioned in the late 18th century thus extinguishing Polish national sovereignty for 123 years.

Archbishop Cushley suggested that throughout history the Polish people had often given faithful witness to the command of Christ, repeated in the Sunday Gospel, to love God, and love your neighbour as yourself.

“This is a simple, direct message, it might not be easy to do but it is a compact, memorable rule; and it can form the basis for a whole way of life for a whole people.”

Among those concelebrating Holy Mass at St Mary’s Cathedral was Bishop Wieslaw Lechowicz, the Auxiliary Bishop of Tarnów in Poland, representing the Bishops’ Conference of Poland.

Following the Mass, a new plaque recounting the longstanding friendship between Scotland and Poland was unveiled and blessed. The plaque carries a quotation from Pope Saint John Paul II drawn from his 1981 Day of Peace Message: “Freedom is the measure of the maturity of man and of the nation.” Archbishop Cushley’s homily is reproduced in full below:

I would like first of all to welcome in your name all our distinguished guests: Bishop Wieslaw Lechowicz of the Polish Bishops’ Conference; His Excellency Arkady Rzegocki, the Polish Ambassador to the Court of St James’s; Mr Ireneusz Truszkowski, the Polish Consul General in Edinburgh; Minister Anna Maria Anders, of the Polish Senate; Lt General Jaruslaw Mika; Councillor Frank Ross, the Right Honourable Lord Provost of the City of Edinburgh and his wife, the Lady Provost; Mrs Fiona Hyslop MSP, Cabinet Secretary for Culture Tourism and External Affairs; and all our other distinguished visitors and guests.  You are all of you most welcome here.

The readings we have just heard are those of this Sunday’s liturgy, read throughout the world today, and they have a very simple, but also a very great message.  If you believe there is a Creator God, if you are a person of faith, and if your wish to live a life worthy of an intelligent being, made in God’s image, then you will probably admit to yourself that you are mortal, you are limited, that you are not the centre of the universe, that your time here is finite, and therefore precious.

So, what do you do with that time? What is it you have to do?  Is there a moral imperative for how you ought to live and behave among your fellow creatures?  If such a thing can be known, is it complicated, is it difficult, is it painful, is it impossible?   If you want to establish some kind of sane relationship with your neighbours, with yourself, with your world, what do you have to do?

Jesus of Nazareth is asked a question just like that in the lovely little passage of St Mark’s gospel that we have just heard.  All those questions I just posed are boiled neatly down by someone, into one simple question that he puts to Jesus.  He asks, “What is the greatest commandment of the law?” In other words, “In one sentence, what is it God really wants of me?” And the answer? Jesus replies, right off the bat, here is the answer: “You must love the Lord your God with all your heart, soul, mind and strength.”  And “you must love your neighbour yourself”.  Everything else depends on this.  All the rest of the construction of a moral life, of a happy life, of a Christian vision of love and respect for all creation, is all based upon these two brief sentences.

Now, whoever Jesus’s interlocutor was, he gets it. He gets it immediately.  Unusually for St Mark’s Gospel, this person, whoever he was, gets to make a comment back to Jesus, something we rarely if ever find.  We also learn that Jesus’s critics are silenced by what Jesus had to say – but not this man.  He gets the idea, and he replies with an openness and an enthusiasm which is new, young, refreshing and challenging to all of us listening to the story.  Love God and love your neighbour: the rest will surely fall into place.  And, unusually, Jesus comments back, saying “You are not far from the kingdom of God”.  This has the feeling of a real conversation, and is a precious insight into what Our Lord really thinks about the Big Picture: why we’re here, and what we ought to do about it.

The passage we heard from Deuteronomy as our first reading is probably where Jesus drew his answer from, but in that version we are given a motivation for acting like this: if you want to be happy, it says, if you want to be happy and if you want live long in your part of the world, if you want to be prosperous, then fear God and keep his commandments.  In other words: Love God, and Love your neighbour as yourself.  This is a simple, direct message, it might not be easy to do but it is a compact, memorable rule; and it can form the basis for a whole way of life for a whole people.

Today we are marking a happy occasion, the centenary of the birth of a nation, or perhaps better, the re-birth of a nation: Poland. The Poles are a people of an ancient language, culture, tradition and faith.  They have lived on their land, fearing God and keeping their faith; but history as we know has not always been kind to them. Their faith in particular is something that still draws Poles together and has given them an identity that has endured centuries of difficulties and hardships, and in our own times, their land under Nazi occupation was witness to some of the worst of man’s inhumanity to man known to us.

During the desperate hours of the Second World War, many Poles came to the United Kingdom, determined to help in the struggle against Hitler’s Germany; they fought bravely and famously; they did it flamboyantly too, and we have a large bronze of Wojtek the Bear in Prince’s Street Gardens to prove it…  They also did it with extraordinary bravery and a sense of meaningful sacrifice: no one who has seen, as I have, the Polish Cemetery from the abbey of Monte Cassino can have any doubt of that.

After the War, a significant number of Poles stayed in Scotland, made their lives here and became part of our nation’s great mosaic of peoples from all over the world that make today’s Britain what it is.  Many of them also waited impatiently for their country to be set free from the Communist yoke imposed upon it.

Poland was also the home of our last Pope but one, the great John Paul II, and his words are written on the plaque on the wall on your right which we will shortly dedicate.  He knew what Poland looked like before the Communists, and even before the Nazis.  He was born only two years after Poland was.  As a son of a newborn country, John Paul was proud of his roots.  And, as we all know, Pope John Paul got around.  He got around a lot.  In 1982, he even got as far as this very spot: he sat here, where I am now, in 1982, and he preached of loving God and loving our neighbour with faith and authority and good humour.  As we dedicate this plaque here, with a quotation from him about the freedom of peoples and nations written upon it, I am sure he would have been very happy to see it and to salute it, not least because the plaque commemorates the country’s liberation from Communism as well as Nazi occupation, something he worked to secure, both publicly and privately, and which as we know nearly cost him his life.

As we celebrate today the centenary of the rebirth of Poland, we Scots, natives or of adoption, we recall the rebirth of Poland as a sovereign people; we remember Poland’s sons’ and daughters’ great sacrifices to save Europe from tyranny; we recall her courage with admiration; and we are glad that so many of Poland’s brave sons chose to make their homes here.  As a new chapter of Polish-Scottish friendship begins over the next 100 years, we pledge to be a people and a country that will always remain open and welcoming to anyone in need.

And if we do, then perhaps we will have taken to heart the simple but profound lesson of today’s gospel: Love God, and love your neighbour - and you will live long and happily in the land the Lord gives you.

God bless all of you on this happy occasion. 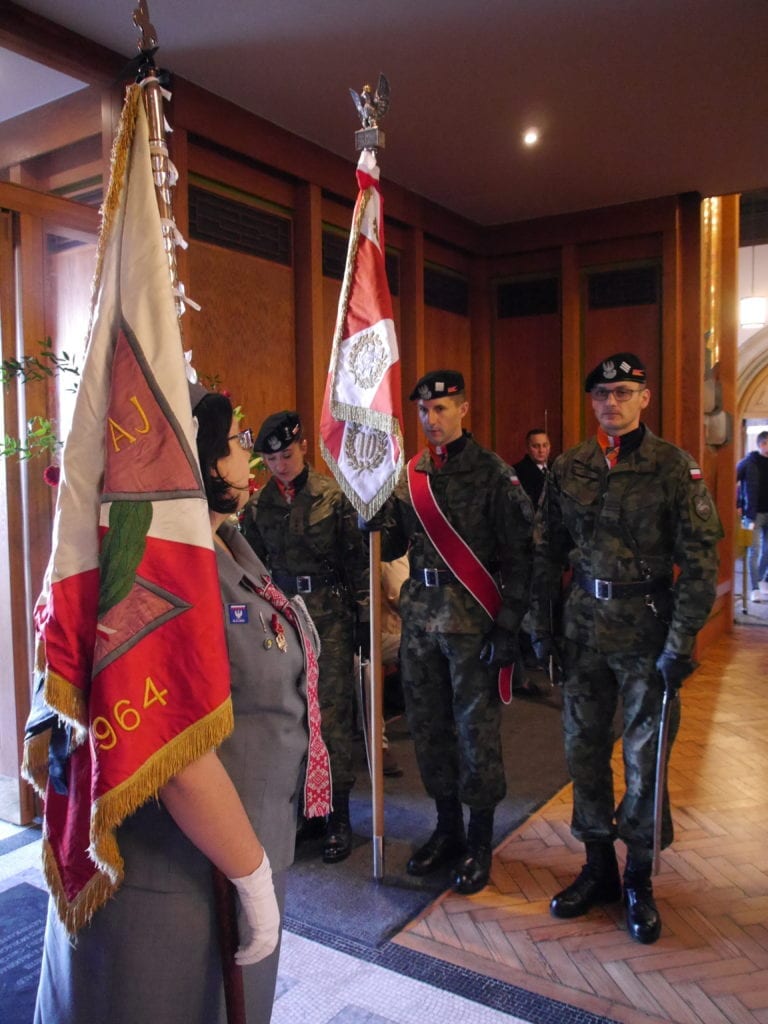 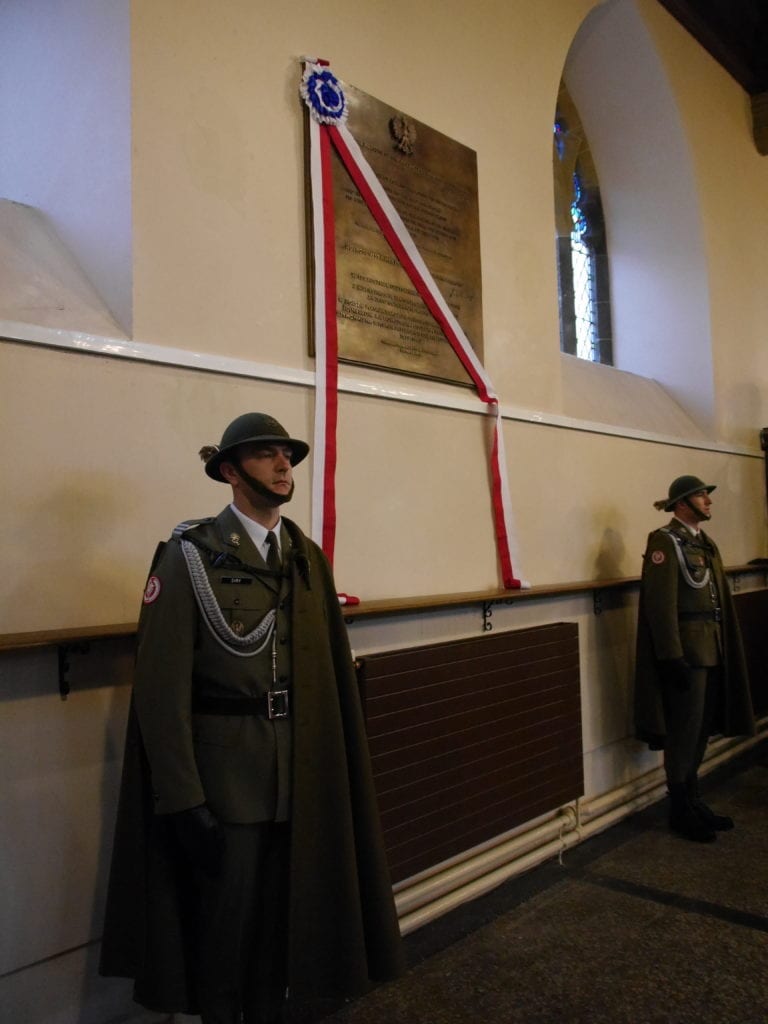 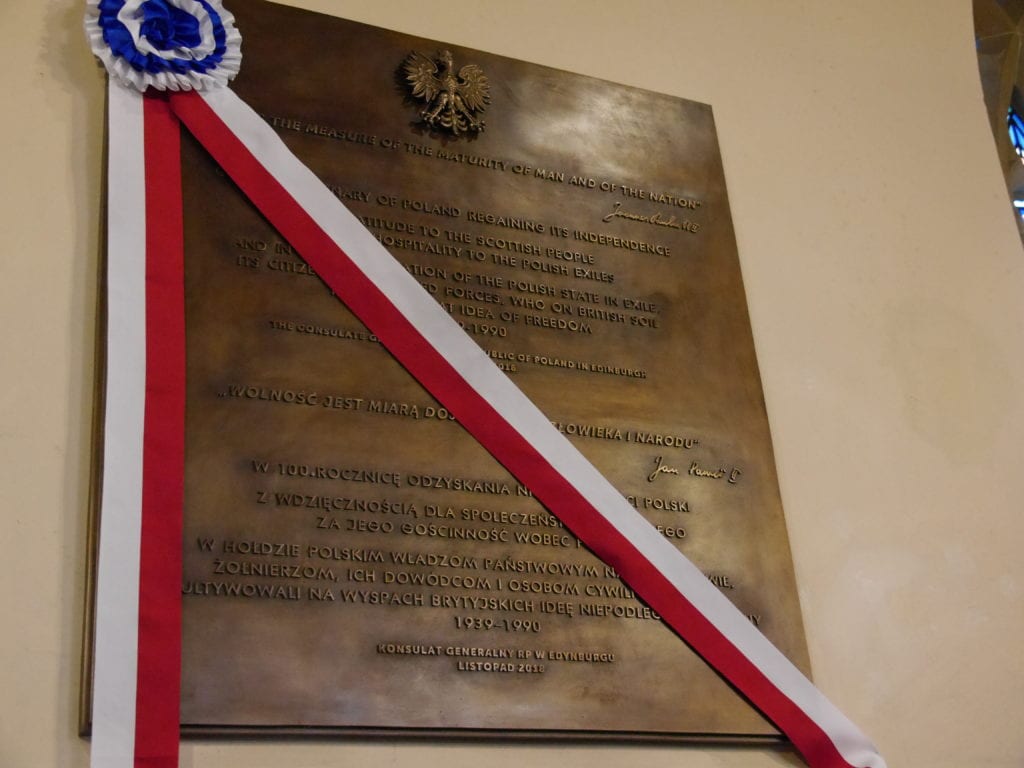 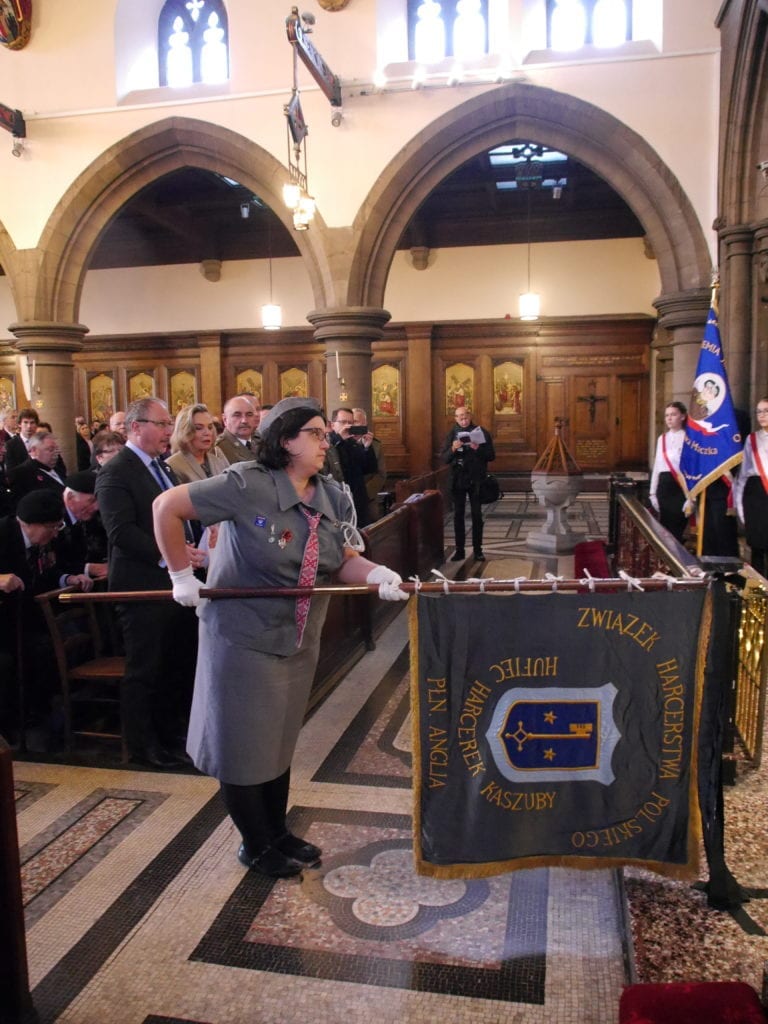 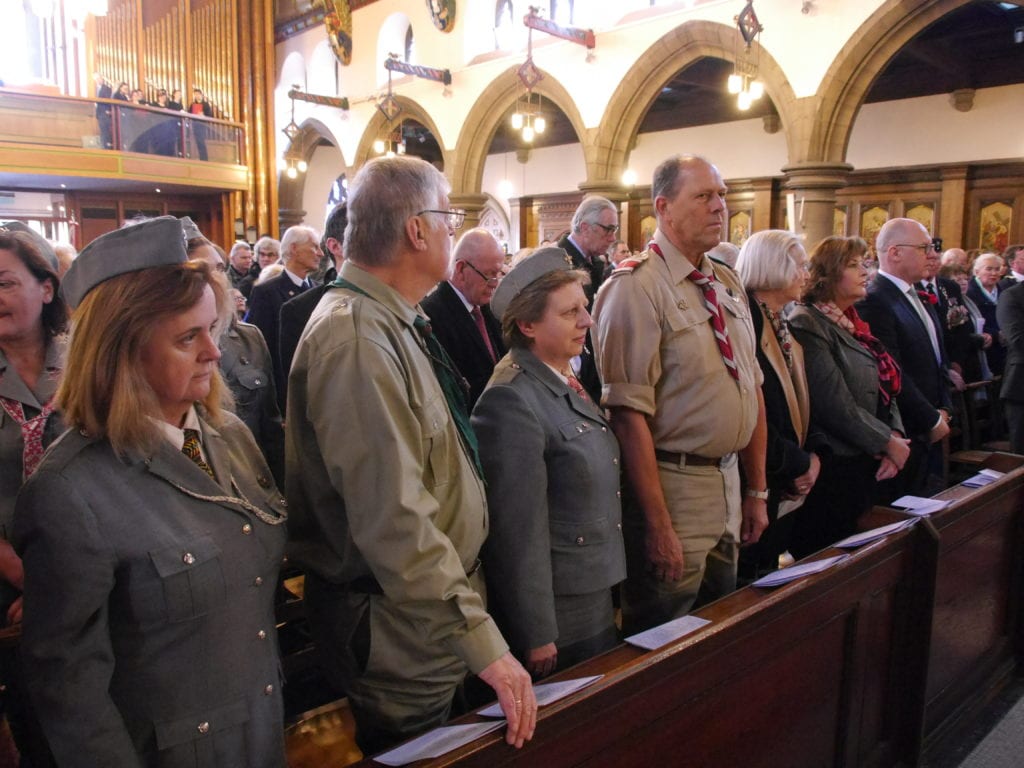 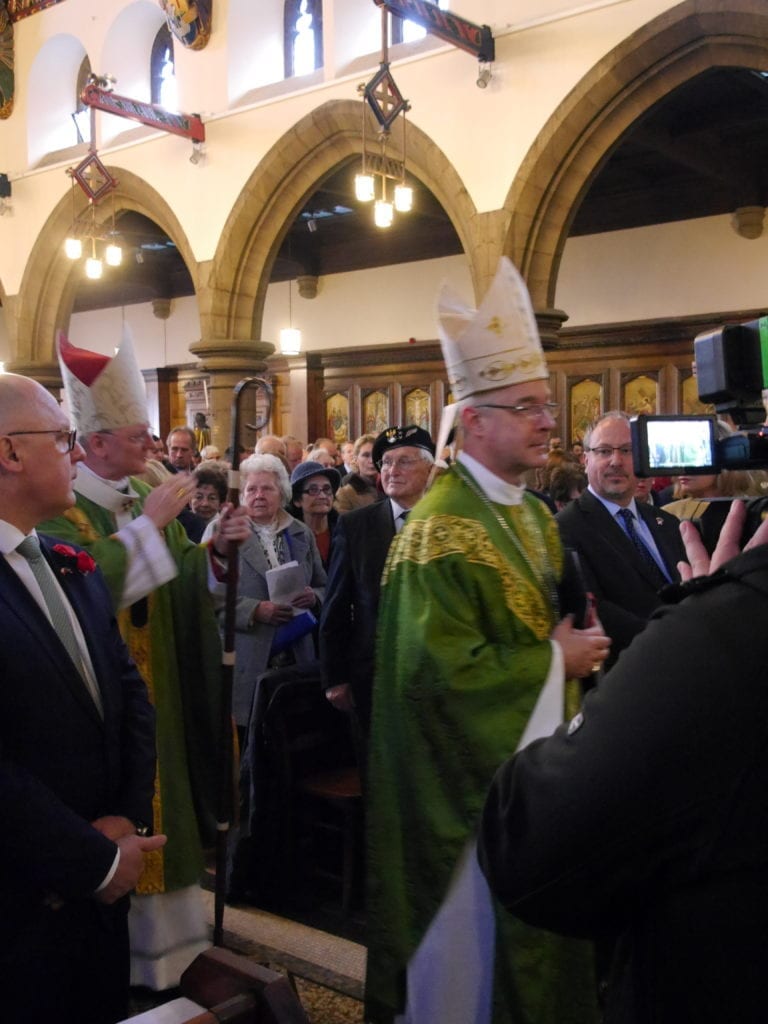 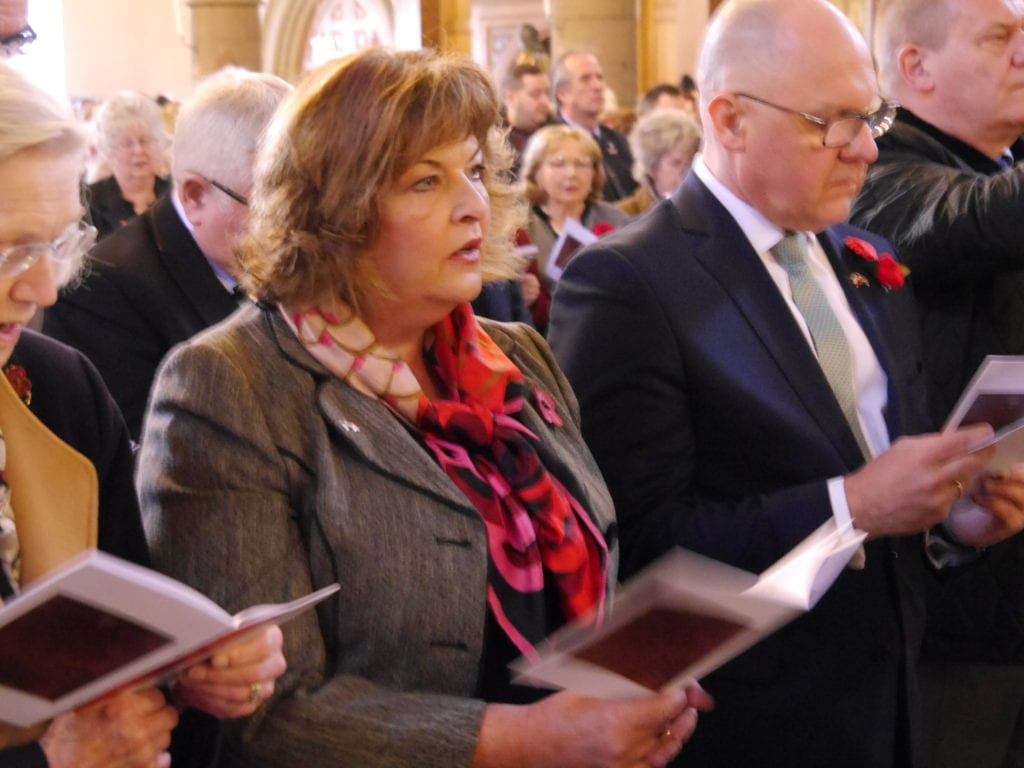 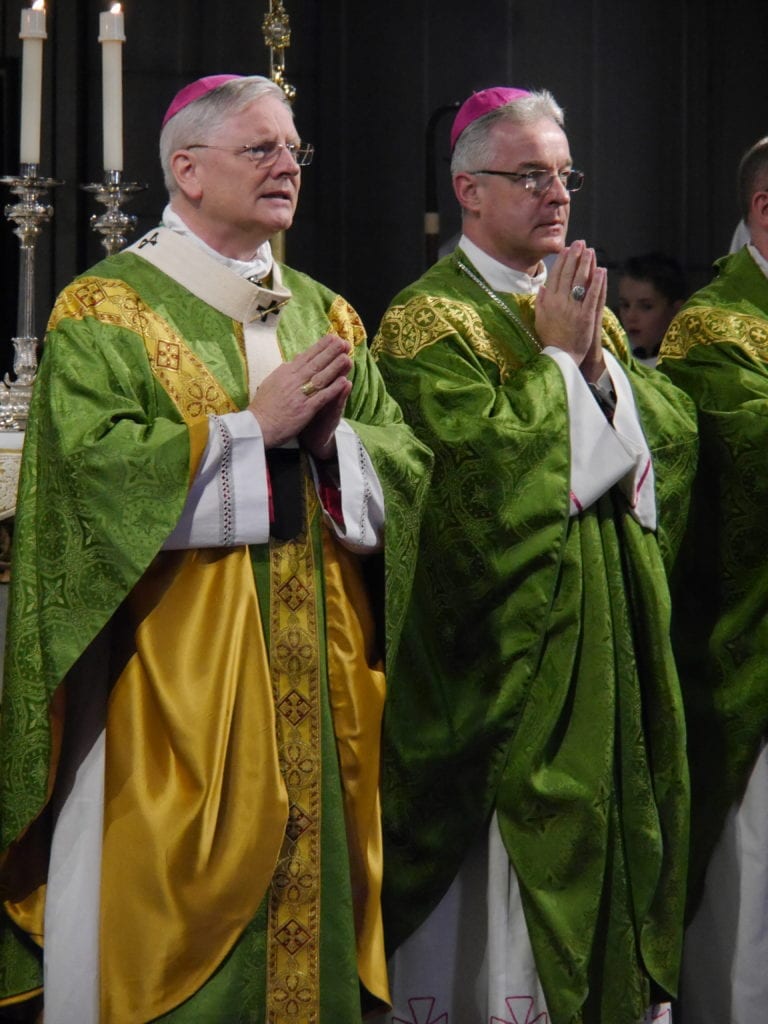 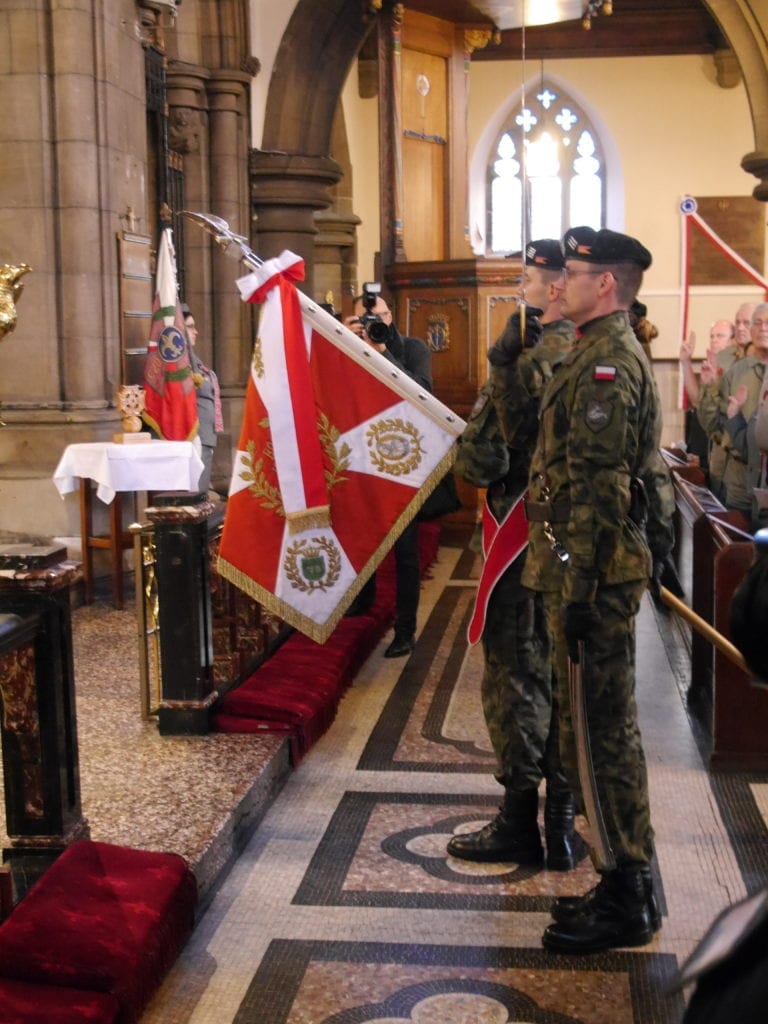 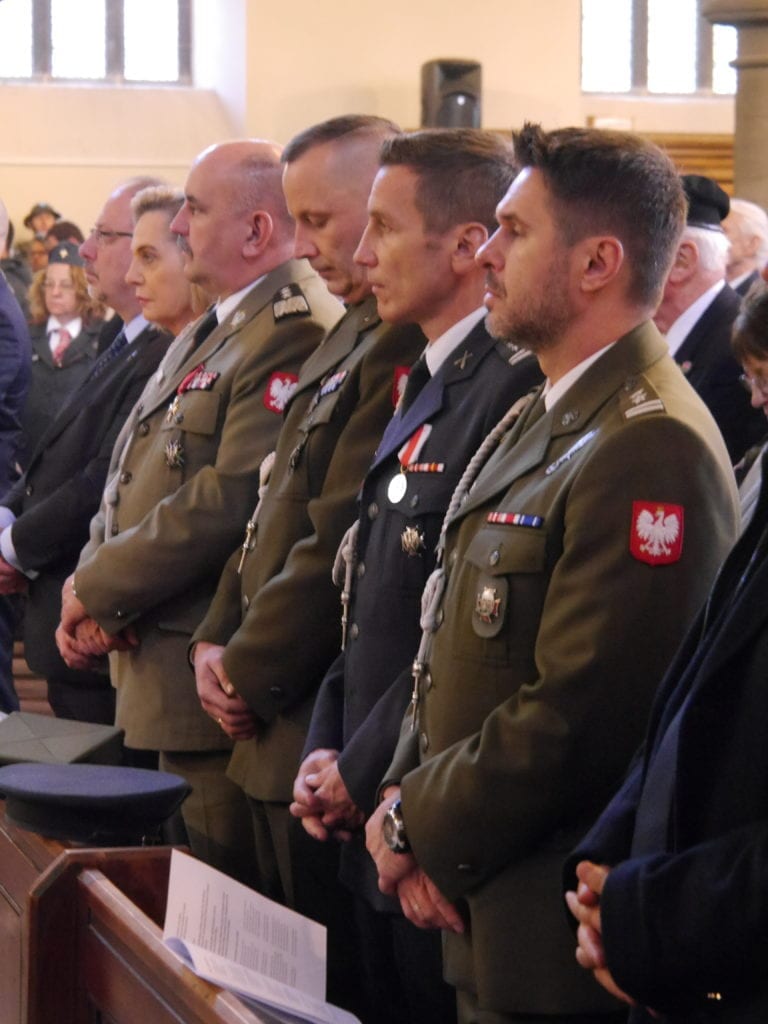 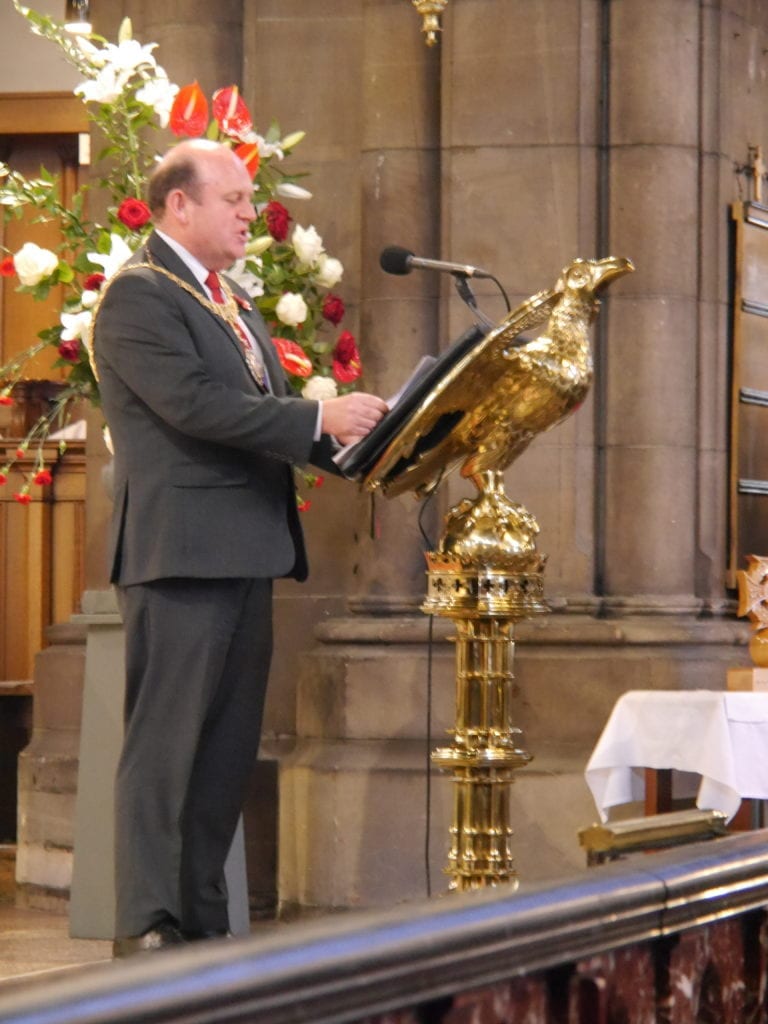 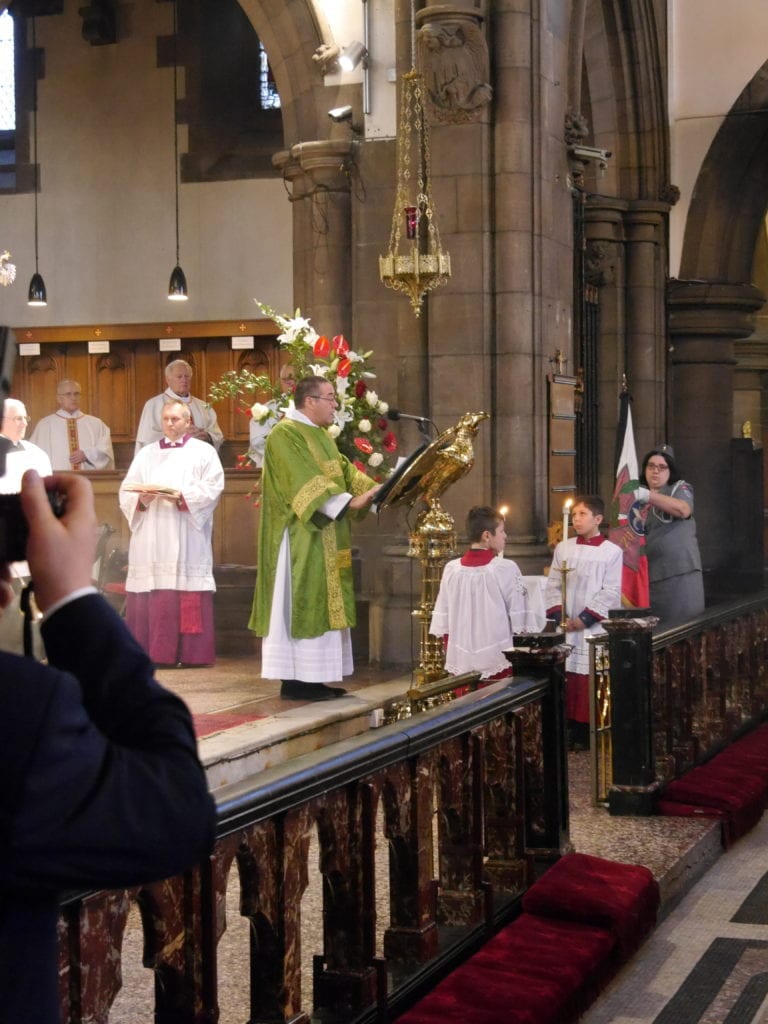 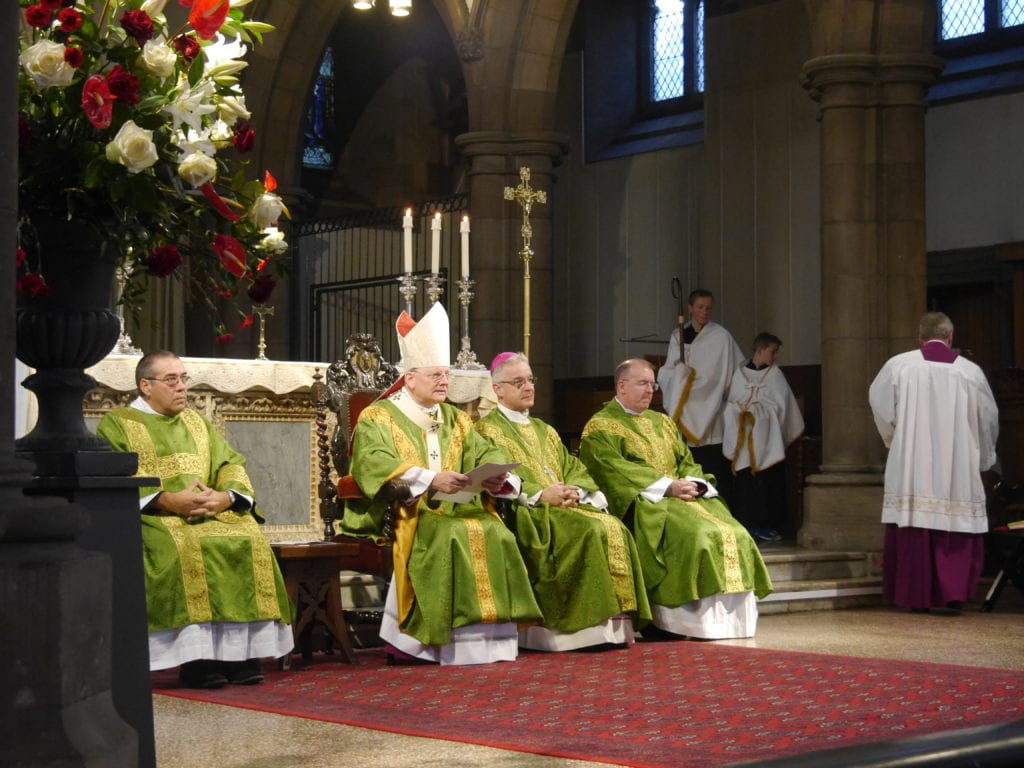 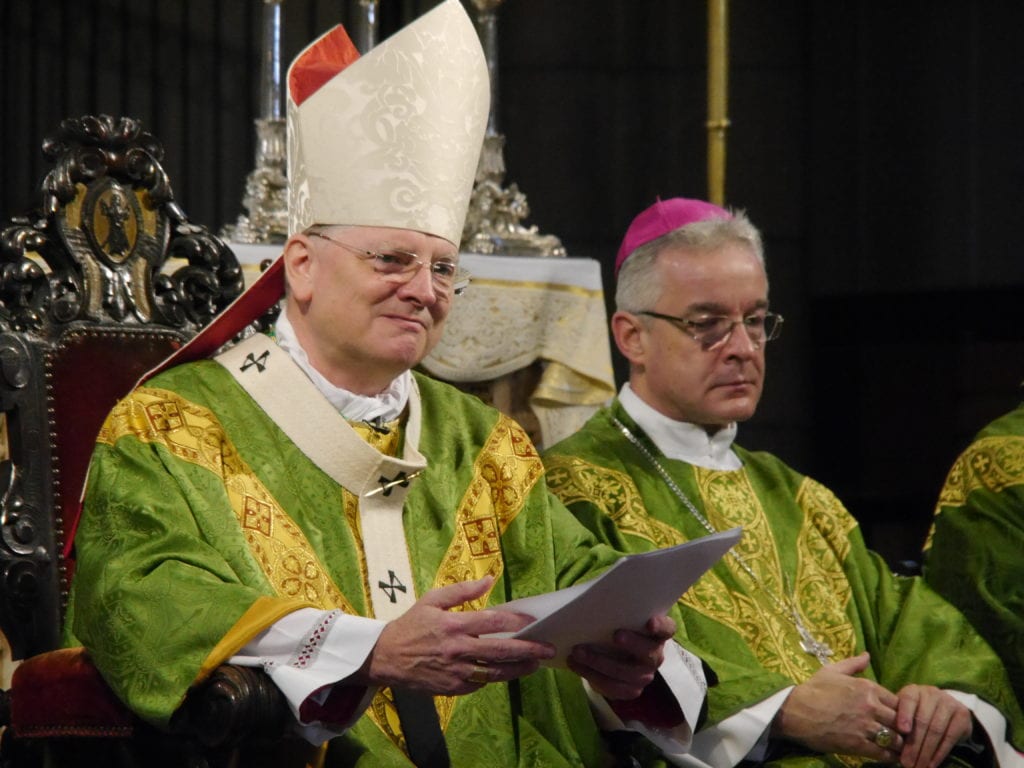 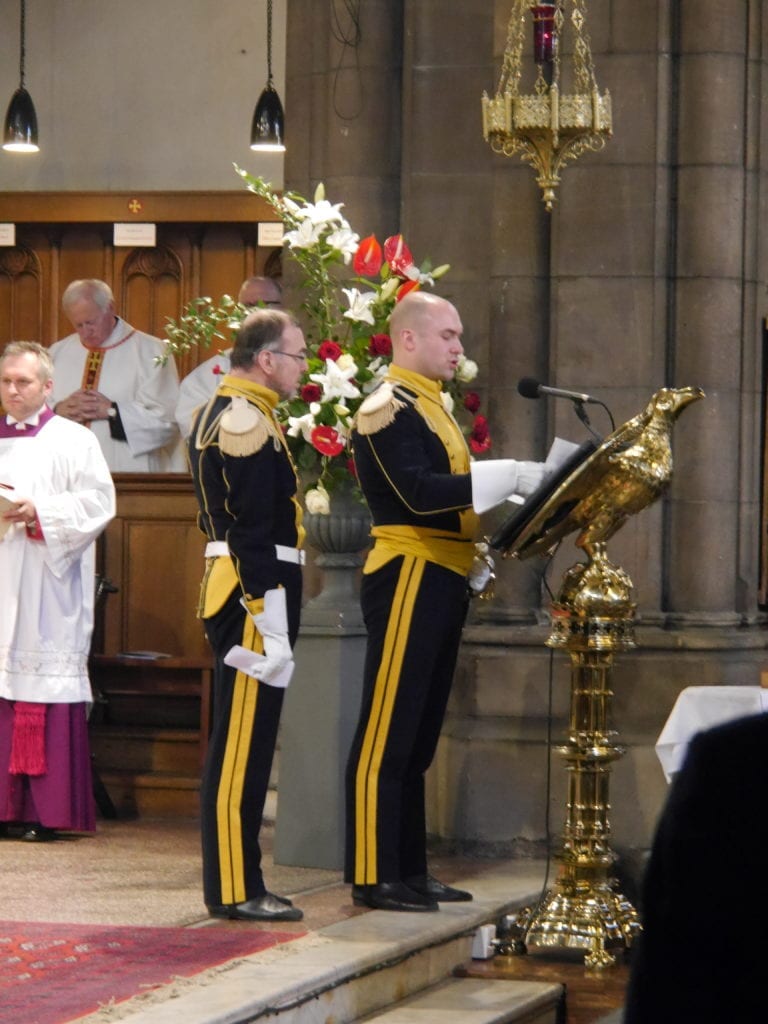 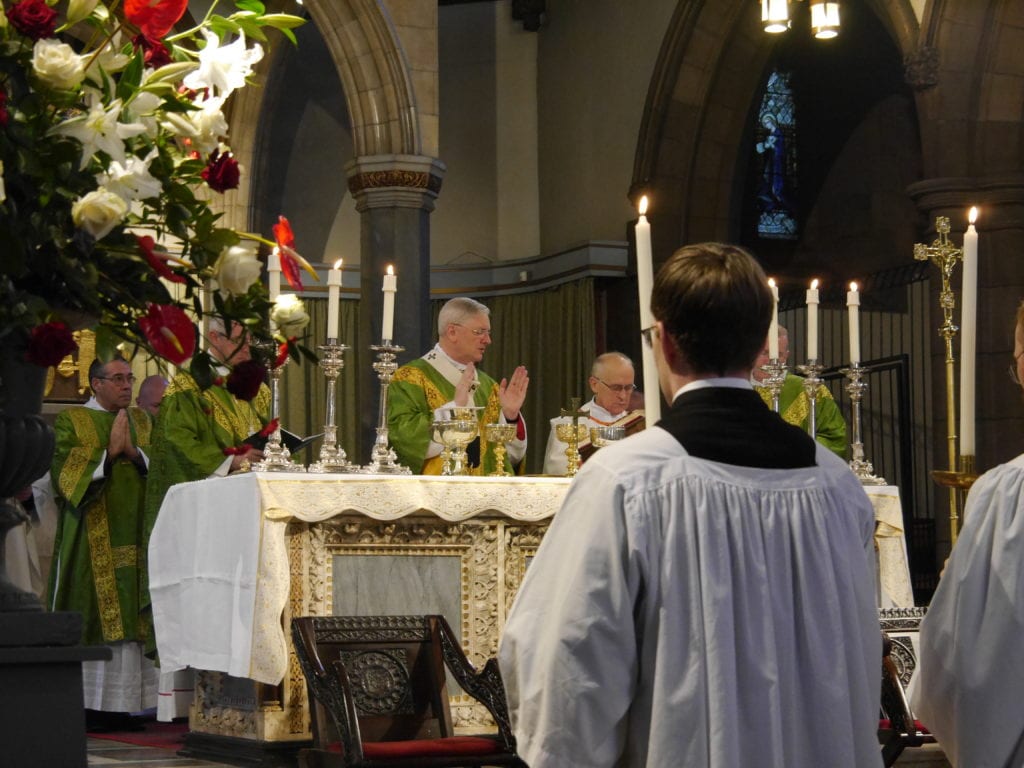 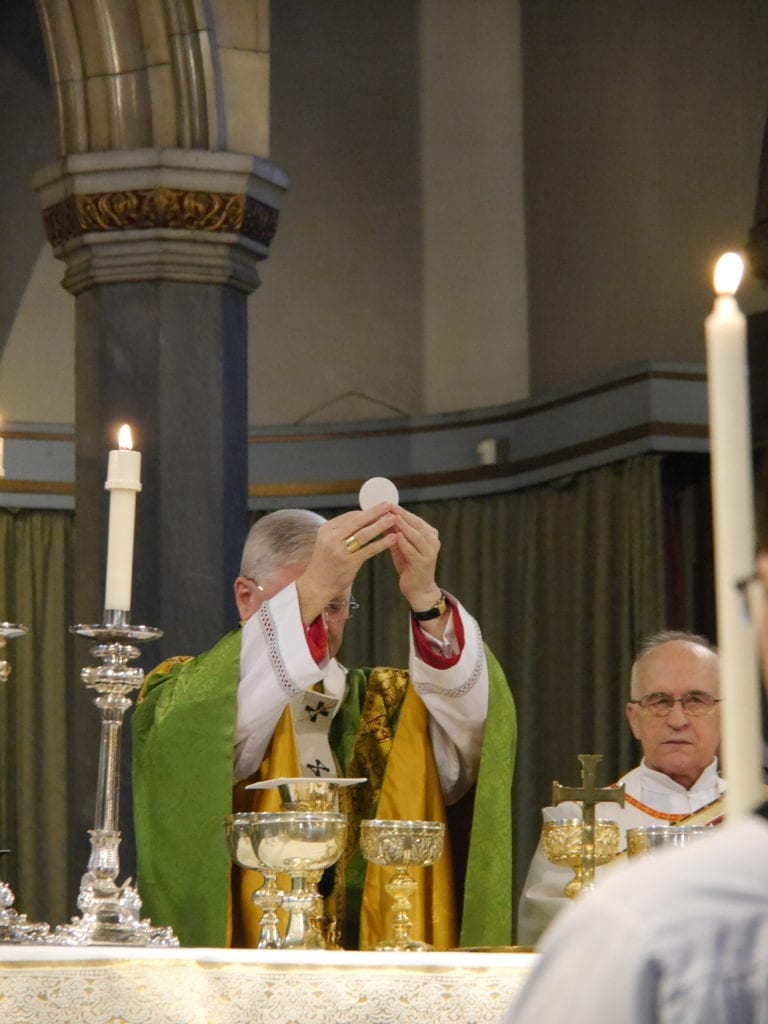 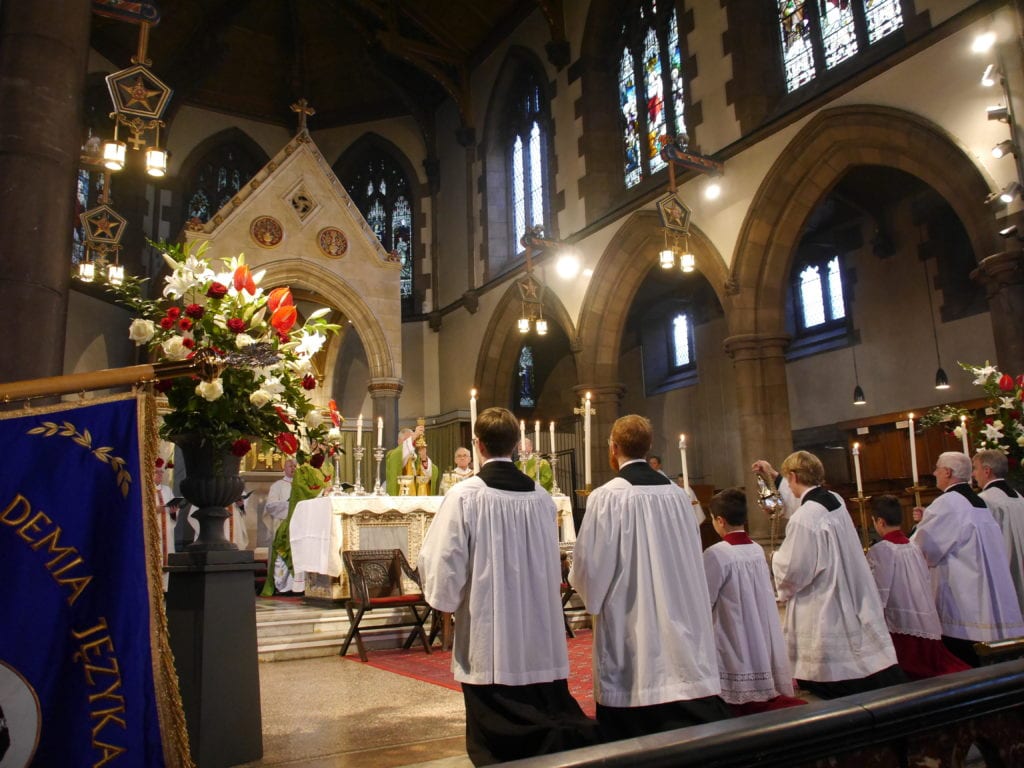 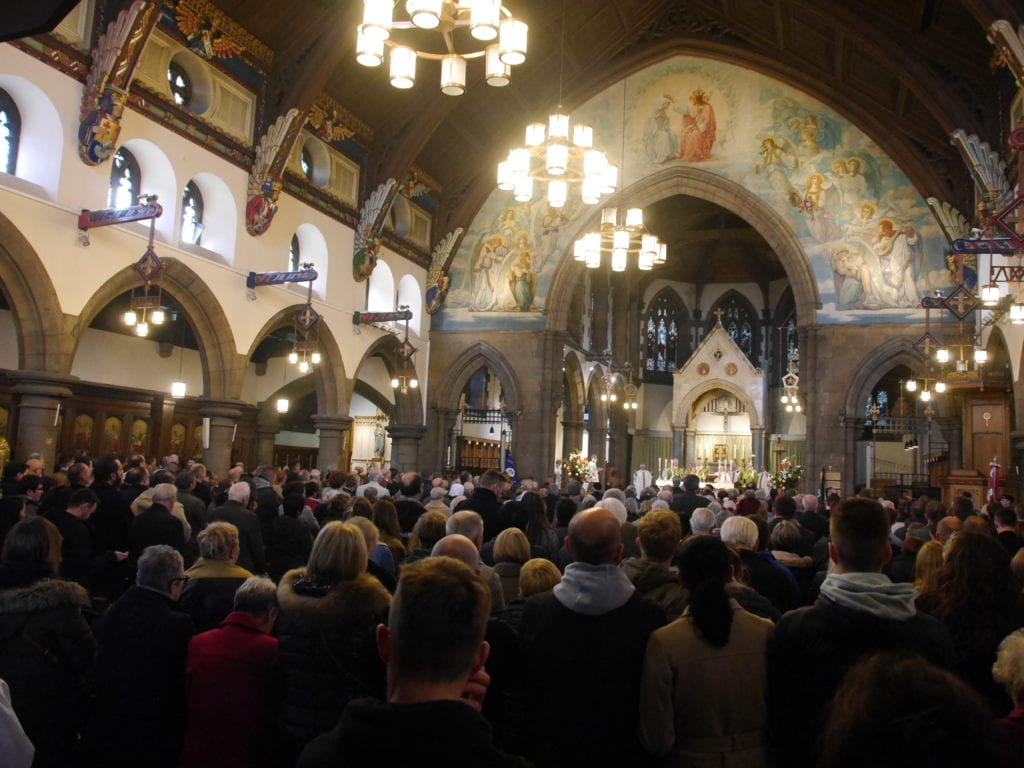 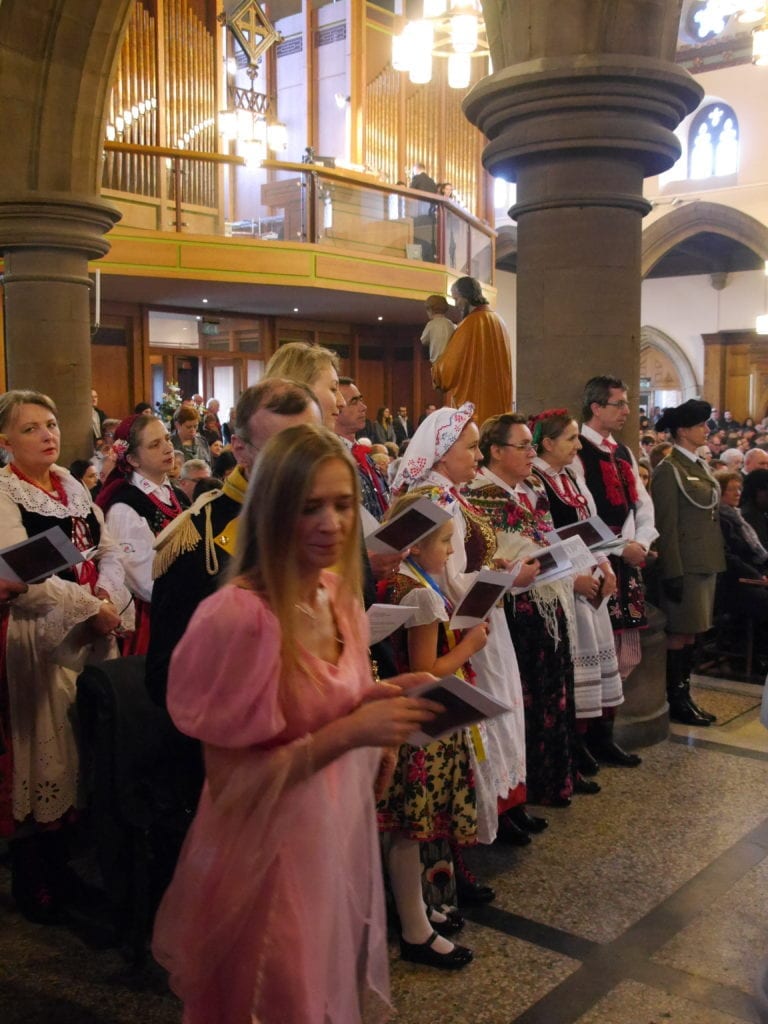 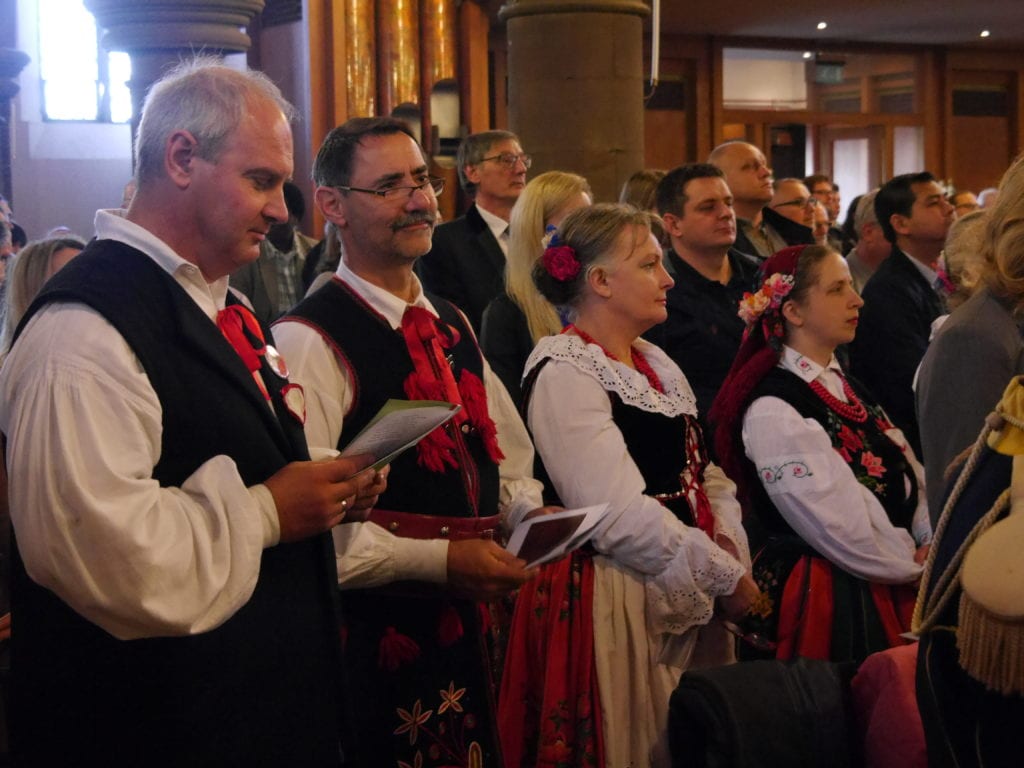 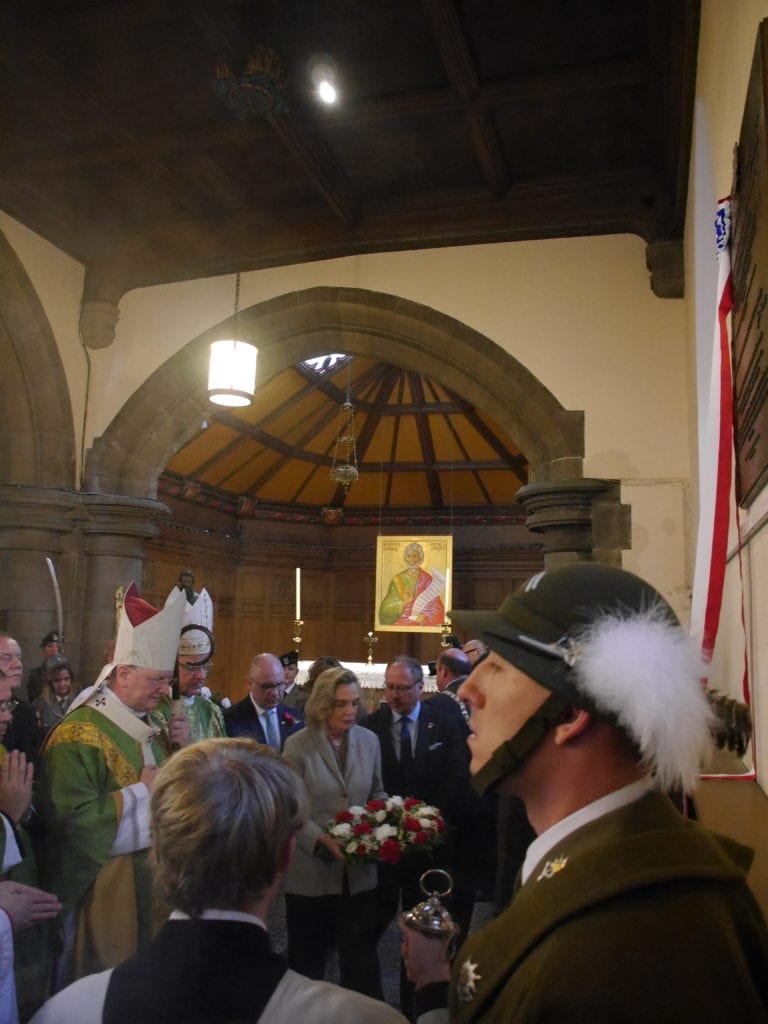 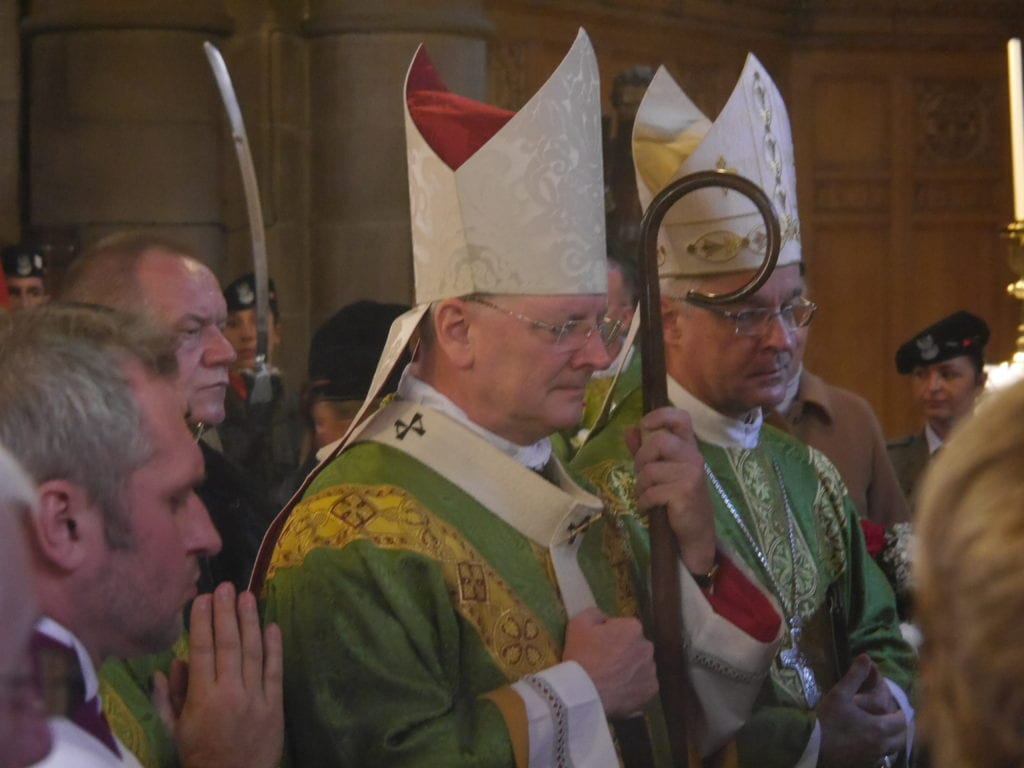