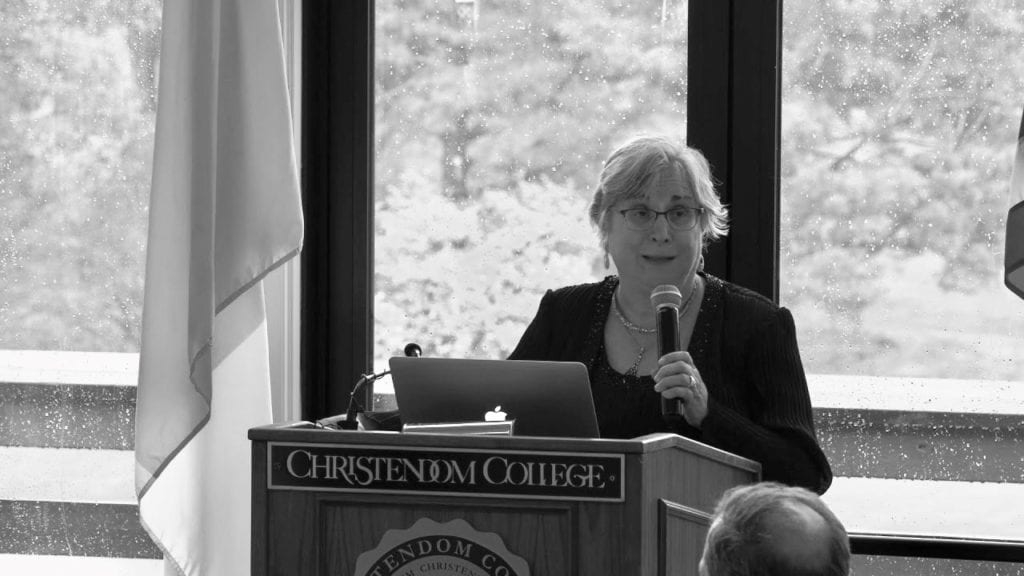 Many Catholics faithful to the teachings of the Church can face hostility in their daily lives. So how do we find the courage to proclaim the Gospel of Jesus Christ in these difficult times? Author and speaker Dr Janet Smith spoke about the big issues ahead of her lecture in Edinburgh on Thursday.

How hard is it for ordinary Catholics to defend their faith in these difficult times?
It is difficult because Christianity and especially Catholicism is so counter cultural. Jesus expects people to see things very differently from the culture and to live in ways our culture simply doesn't understand. On the other hand, those who faithfully live by Church teaching generally have more stable lives, greater purpose and happiness of a deep and abiding kind. That is attractive in its own right. They also have mountains of troubles but have more resources to deal with them. But we do have a particularly hard time defending the Church for the sex abuse crisis and the cover-up. We have a hard time understanding it ourselves.

Do you think Catholics have generally been too timid proclaiming the gospel?
Oh yes. I think few Catholics know how to even strike up a conversation about the faith with others, myself pretty much included in that.

Why do you think that is?
I think it is undeniable that we have never been encouraged to do so or taught to do so. Universalism, or the belief that all go to heaven, certainly takes the steam out of the need to convert people. We don't fear for the eternal salvation of ourselves or others, even terrible sinners. The growing belief in the equality of all religions in another factor - many think people's allegiance to this religion or that is largely circumstantial and not a result of very different and incompatible beliefs. It seems condescending and rude to act as though we have a "corner" on the truth and as though ours is the one true Church among many false churches. The belief that Catholics view all other religions as "false" is, of course, a caricature, but few Catholics can explain why it is.  Generations of Catholics have been very inadequately formed in the faith and don't know the answers to questions which people might ask.

Delighted to invite American theologian, Dr Janet Smith, to speak on "The Courage to Proclaim the Gospel in Difficult Times", Thursday 20 June in Edinburgh. All very welcome. Book at: https://t.co/hfMnrKWATN @EventbriteUK pic.twitter.com/0XFWbd4cQ5

What inspired you to speak on the theme for Thursday’s event?
Several factors, foremost among them, the sex abuse crisis. I haven't seen studies reporting hard data on how many Catholics have left the faith (because of this) but it is widely believed that there have been many. It is also fascinating to me how many Catholics I know are more determined than ever to stay and that we are significantly increasing our prayer time and generally focusing more and more on deepening our relationship with the Lord and simply trusting God. Other factors are the rapid disintegration of any common values; the division is great and growing greater between those who, for instance, put a high priority on satisfying the demands of people who wish to have sex with members of their own sex and those who seek to transform themselves into a gender other than their biological gender and those who hold to traditional views of marriage and who accept scientific studies on the nature of gender. Another factor is the hostility of some forms of some religions to Christianity and the unprecedented persecution of Christians in some nations, even nations historically founded on Christianity. The next many decades are going to be horrific battlegrounds and we need to prepare.

What one piece of advice would you give to Catholics when confronted with hostility for their beliefs?
Smile and offer to have a discussion about whatever issue is the source of hostility - offer to read anything they wish you to read (within reason) and ask them to read something you offer and then schedule a time to talk. Always be willing to dialogue.

You address difficult subjects head on. Where do you find your own courage to do this?
I suspect it is much more a matter of temperament than courage. I like challenges, I love, love, love my Church and its unbelievably beautiful teachings, traditions, and thorough engagement with the most challenging intellectual matters. I am proud of the Church for being the biggest provider of charitable services worldwide and that it insists that we all have a heart for the poor, the persecuted, the sick - in short, those vulnerable in any way. 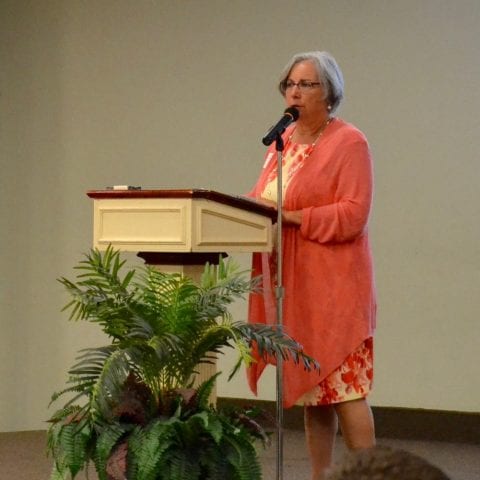 I find the Church's explanation for the evil in the world and its sacramental aids for resisting and overcoming evil, the only satisfying one.  I find it a great privilege to be invited to defend the Church and its teachings; they make sense to me and I delight when others come to see that they are intelligible and true. And the issues I address are connected in many ways - most have to do with a misuse of the sublime gift of human sexuality.

From audience feedback, what are some of the main concerns of ordinary Catholics in the US?
The current new concern is whether they can encourage their sons to enter the priesthood, whether they can trust their bishops, whether they should continue providing financial support when they have grave concerns how their donations have been and will be used.

Can you tell us a bit about your own faith background?
I was raised in a home where Catholicism was simply accepted as our faith - we went to mass every Sunday, said grace at Sunday meals, received the sacraments, and faithfully went to catechism classes.  I never attended Catholic schools.  My devotion to Catholicism started when I learned that the Church opposed abortion - I had become opposed to it for scientific and philosophical reasons and realised the Church was more faithful to both disciplines than the secular world. I started public speaking against abortion when I was in graduate school and after I realised how much a contraceptive culture was behind the "need" for abortion, I studied the Church's teaching on contraception and the rest follows from that. Seven years ago I became a consecrated virgin and love that dimension of my life.

What do you enjoy most about speaking in public?
Several things. I love it when people are persuaded that the Church's teaching on challenging and unpopular issues is true.  I love the Q&A for the spontaneity. I like it a lot when people laugh at my jokes! And it is tremendously gratifying when people thank me for helping them become more Catholic -- to love Jesus and his Church more.

Dr Janet Smith: The Courage to Proclaim the Gospel in Difficult Times, is on at the Gillis Centre, Edinburgh, on Thursday, 7:30pm. The event is free - click here to register.