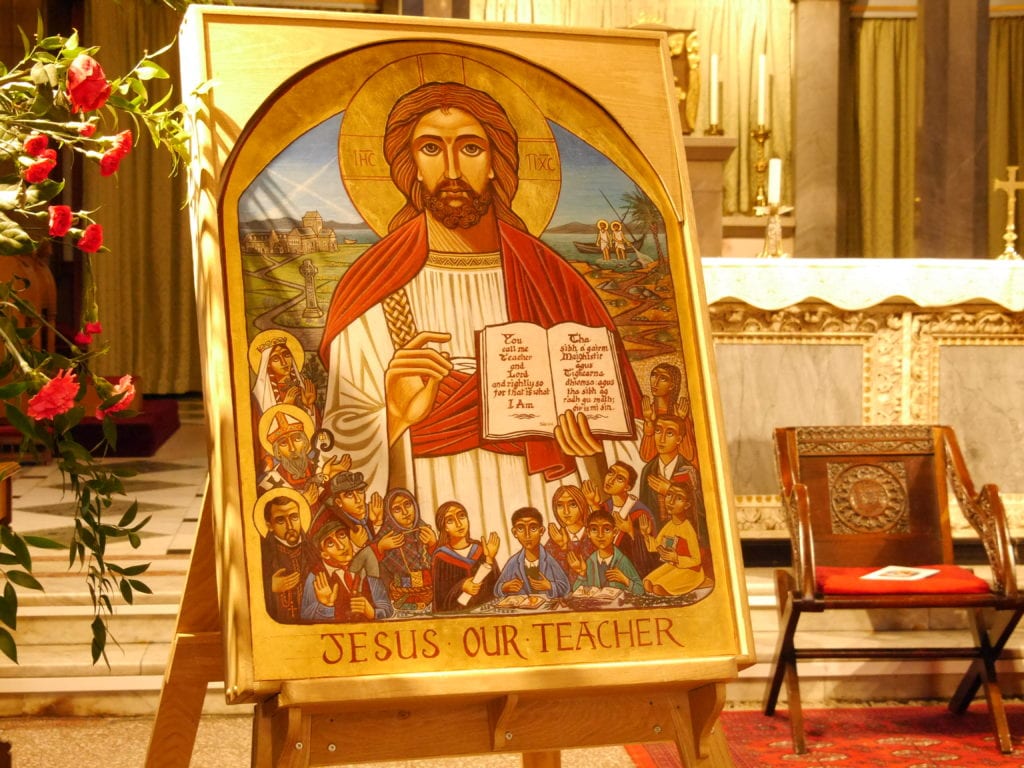 The Icon of Jesus the Teacher, created to mark the centenary of Scotland’s Catholic schools being incorporated into the state system, has begun its 7-week tour of the Archdiocese of St Andrews & Edinburgh. The icon will tour both parishes and schools across the Archdiocese. For calendar of event click here.

The icon was created by Coatbridge-based artist Bernadette Reilly and was commissioned by the Scottish Catholic Education Service. Over the course of this centenary year, the icon has been touring the eight dioceses of Scotland with St Andrews & Edinburgh being its final destination. In the weeks ahead it will provide a focal point for prayers of thanksgiving.