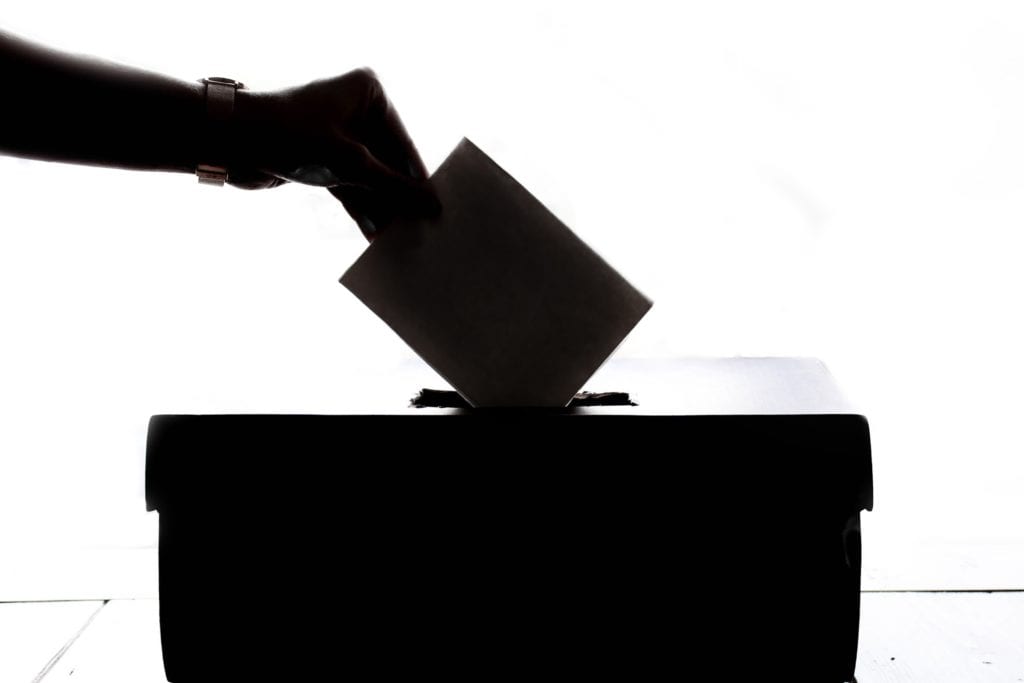 Scottish bishops have urged Catholics to vote for an 'individual representative who reflects as closely as possible our beliefs' in the upcoming General Election, reports the Scottish Catholic Observer.

In a Pastoral letter, due to be read at all 500 Catholic churches in Scotland this weekend, the Bishops’ Conference of Scotland will warn of a ‘creeping intolerance towards religious belief’ that has become a ‘part of life.’

The letter, signed by all six Scottish bishops and both archbishops, reflects on the key issues Catholics should consider when voting for a political candidate in the December 12 election.

General Election 2019: a letter from the Catholic Bishops of Scotland. See the helpful @rcpoliticsuk resource at https://t.co/lCqVJDLbTQ pic.twitter.com/CTo02rUx0s

The Catholic Parliamentary Office has published a useful guide on helping you decide how to vote, It can be found here.

Bishops’ statement on the election, how to vote, voting record, candidate details (external site) and more...

A letter from the Catholic Bishops of Scotland

This General Election presents us with an opportunity to elect an individual representative who reflects as closely as possible our beliefs. It allows us to revisit Catholic Social Teaching and to connect our voting to our Catholic faith. It can be a chance to proclaim the inherent dignity and value of every human being, made in the image and likeness of God, and to promote the common good.

In recent times, politics has become divisive, principally, though not exclusively, as a result of the EU referendum. Vigorous debate has sometimes spilled over into personal attacks and even acts of violence which are never acceptable.

Uncertain times ought to make us stop and reflect on the One who is Truth Himself. Turning to God in these difficult times is our only hope for true peace. During elections, a range of issues compete for our attention; we highlight some of them here so that we may reflect on them and raise them with parliamentary candidates.

Human Life It is the duty of all of us to uphold the most basic and fundamental human right – the right to life. We should urge candidates to recognise human life from the moment of conception until natural death and to legislate for its protection at every stage, including protecting the unborn child, ensuring that both mother and child are accepted and loved.

We should remind our politicians that abortion, assisted suicide and euthanasia are, as the Church has consistently taught, always morally unacceptable. Decriminalisation of abortion unhappily paves the way towards a legal basis for abortion on demand, for any reason, up to birth and politicians should be urged to resist it.

Our Governments should also promote a culture of life overseas, reversing the current practice of the UK Government to support anti-life initiatives, which might be described as ideological colonisation.

Marriage and the Family Society relies on the building block of the family to exist. The love of man and woman in marriage and their openness to new life is the basic, fundamental cell upon which society is built. The wellbeing of society depends on the flourishing and health of family life and MPs and other legislators should respond to this with policies that create economic and fiscal support for married couples and families with children.

Poverty Sadly, poverty continues to be a scourge for many at home and abroad. Too many people still struggle to make ends meet, homelessness is on the rise, and the two-child limit on tax credits is disproportionately affecting families of faith. This reality cannot and should not endure in our country in the twenty-first century. Reliance on food banks, particularly for families, is a telling criticism of a society that has forgotten its poor people in its midst.

Our concerns should also extend to maintaining and improving the UK’s commitment to international development, which helps some of the poorest people in the world. Aid should not be used to support immoral practices such as those which compromise the basic right to life. Legislation in our country should also welcome refugees, asylum seekers and migrants, remove the inhumane policy of indefinite immigration detention, and provide for those people living in and around conflict zones while committing to working towards the peaceful resolution of conflict. MPs should also commit the nation to responsible stewardship of the earth and all of its resources, and act on Pope Francis’ call to be ‘protectors of creation, protectors of God’s plan inscribed in nature, protectors of one another and of the environment.’

Freedom of Religion and Conscience We believe that a creeping intolerance towards religious belief, including but not confined to Christianity, has become part of life in modern Britain. Certain politicians and citizens are finding it increasingly difficult to be true to their faith in an environment that tries to restrict religion to the private sphere. Our MPs should be urged to legislate for a liberal and tolerant society that is truly welcoming to all faiths and none.

Millions of people worldwide are persecuted for their beliefs. People of faith, including Christians, should be able to practise their faith freely and to bear witness to it in their lives without fear of prejudice, intolerance, abuse or violence. Candidates for Parliament should be committed to the right of people not to be forced to act against their conscience, and the next UK Government should campaign against religious persecution and intolerance around the world.

Nuclear Weapons and the Arms Trade The use of any weapon that causes more than individual and proportionate harm to civilians is immoral and is rejected by the Church. The use of weapons of mass destruction is a serious offence against God and against humanity. While states are entitled to possess the means required for legitimate defence, this must not become an excuse for an excessive accumulation of weaponry which becomes a considerable threat to stability and freedom as well as a misuse of public funds that could serve to address the needs of the disadvantaged. The next UK Government ought to work actively and seriously towards elimination of the UK’s nuclear arsenal, and the promotion of a more peace-oriented manufacturing industry, one that doesn’t manufacture arms which fuel wars and instability across the world.

Finally, as we engage in this General Election, please pray for those who will be charged with representing the nation’s interests in Parliament. May they be guided towards what is good and true; to the One who can bring true peace and freedom for all.

« Vocations: 'I realised that Christ is truly present in the Eucharist’
Available now: children's liturgy guide for First Sunday of Advent »