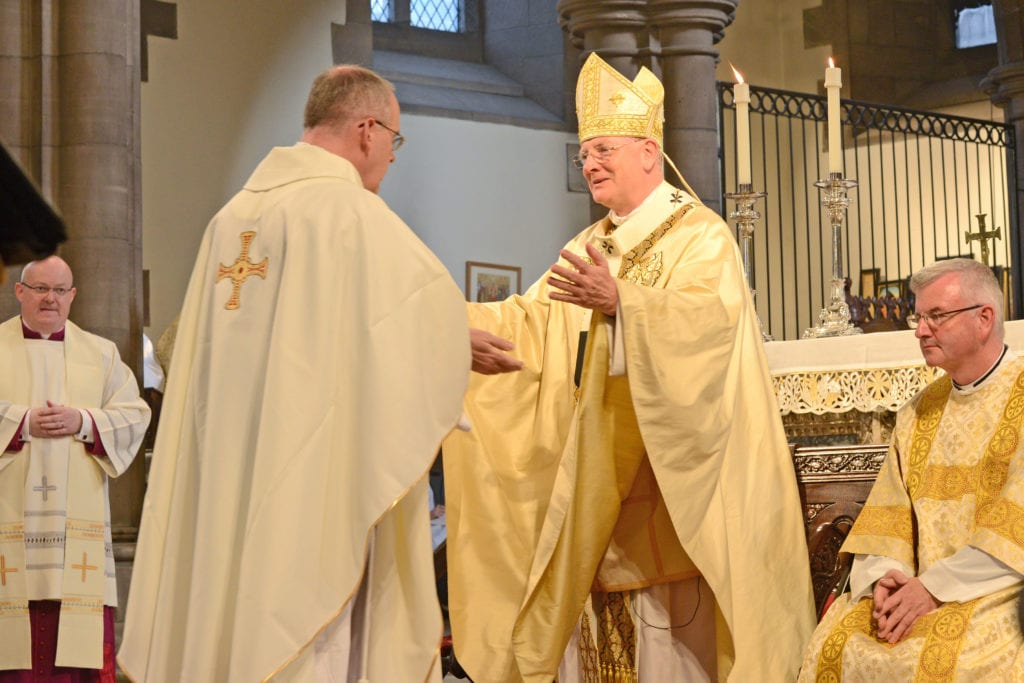 A new priest welcomed by the Archdiocese of St Andrews & Edinburgh has been encouraged to “imitate the sacred heart of the Lord”.

Patrick Harrigan was ordained on Friday evening at St Mary’s Cathedral in Edinburgh. 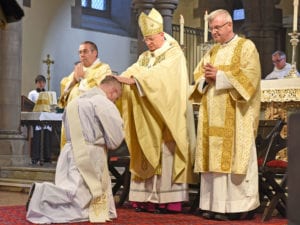 The Ordination Mass took place on the Solemnity of the Sacred Heart of Jesus, with Archbishop Leo Cushley telling Patrick to give his “whole heart” to the work of the sacred priesthood.

He said: “Imitate the Sacred Heart of the Lord, whose sacrifice on the cross, mingled with water and blood, reminds us not just of his love for all, but of the means by which that love is still communicated today, that is the sacraments, especially when celebrated with a single-minded devotion.”

He also called on Patrick to be an “exemplary pastor of souls”, adding “in that way, and with God’s grace at hand, you will be a good man, a holy priest and a great comfort to souls, no matter how sweet or bitter their circumstances”. 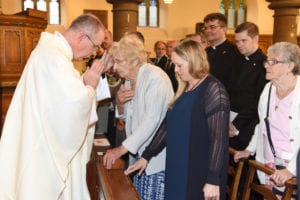 Patrick’s first blessing as a priest was to mum Eileen and sister Bernadette (left), before he blessed friends and other members of the congregation.

Speaking prior to the ordination, Patrick said he was most looking forward to “being able to offer people access to the sacraments – especially to the Eucharist and to Reconciliation - to catechesis and to preaching and teaching the Word of God”.

He added: “I hope I can help people to realise both the importance of prayer and especially how much God loves them where they are.”

During his long vocation journey he had worked as a teacher and was a student for the Carmelites in Osterley in England, from 1980-83.

Patrick spent four years studying for the priesthood at the Pontifical Beda College in Rome, taking further studies for a licence degree at the Angelicum University in the city, working hard to obtain a first. He received an academic biretta for the achievement (see bottom picture).

Douglas Greene, a first year student at the Beda College said: "I spent a year with Patrick at the Beda and he has become a good friend, as well as a mentor. He’s always positive and is now looking forward to doing God’s work. It’s been such an uplifting evening."

Father Patrick has been appointed as assistant priest at St Mary's in Stirling. 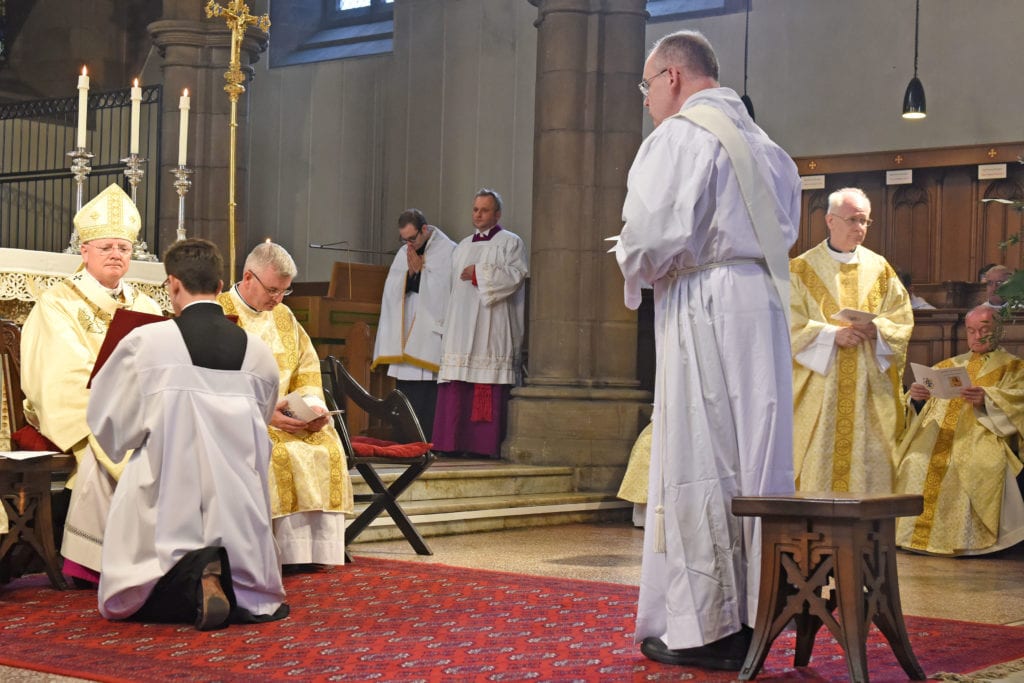 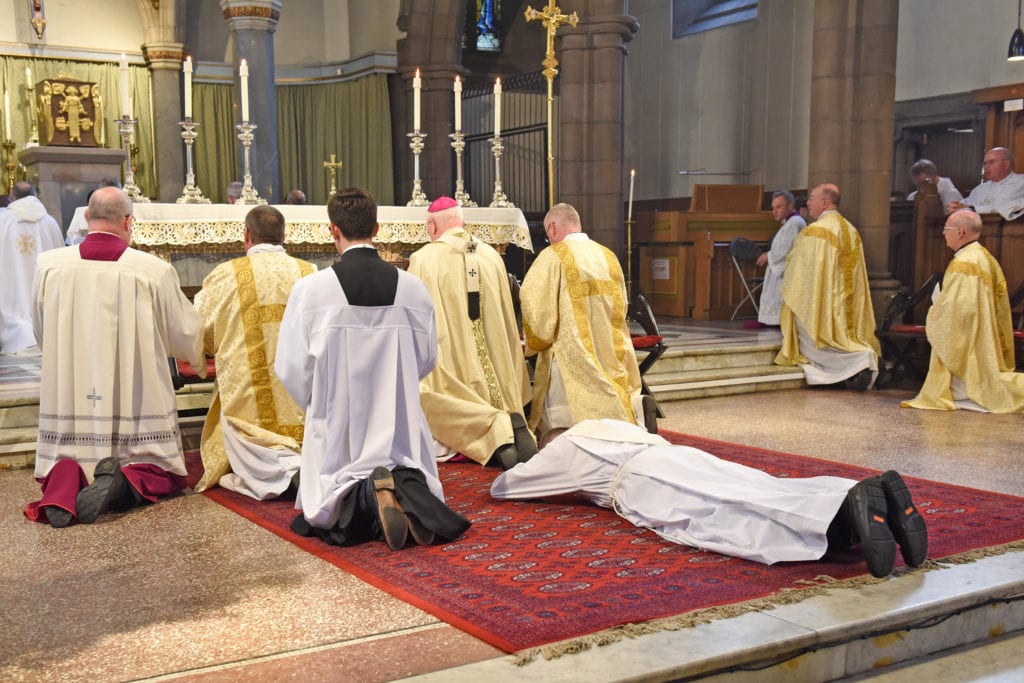 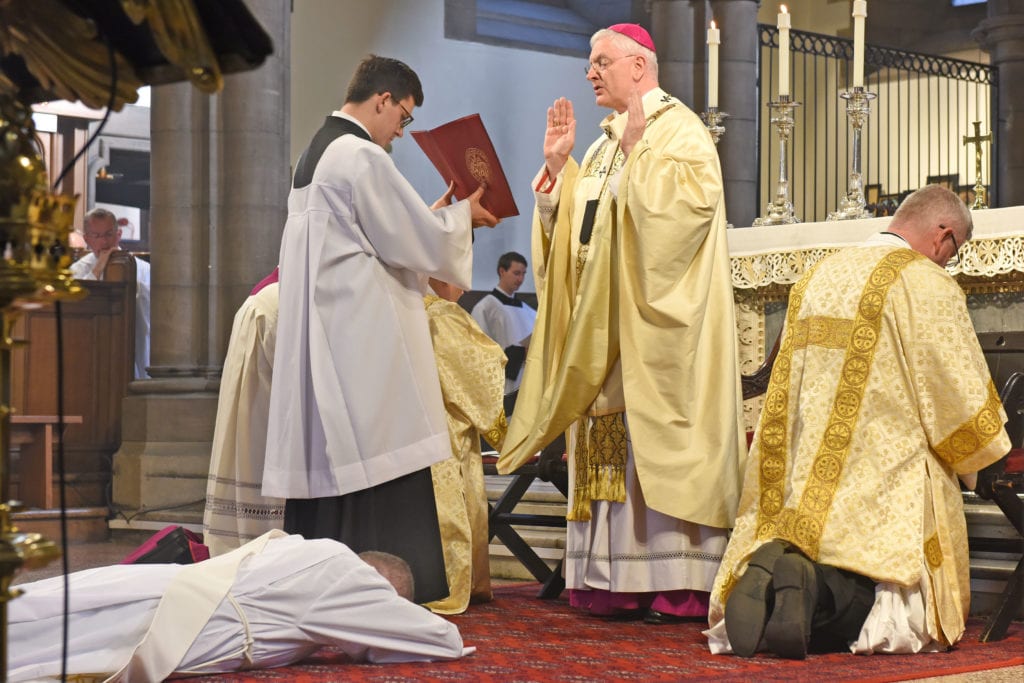 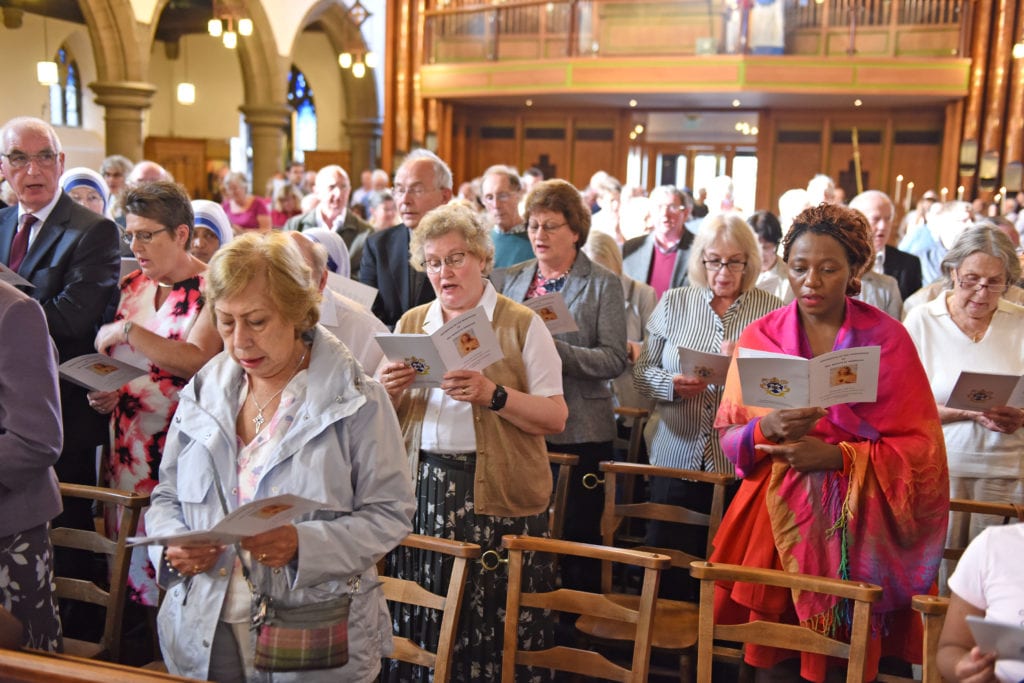 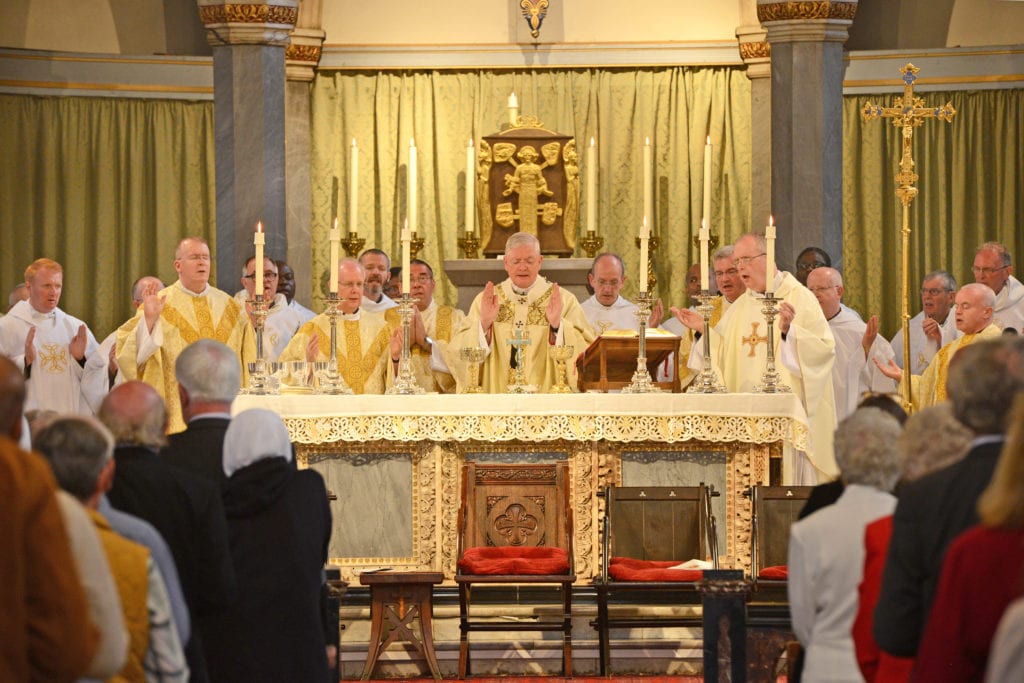 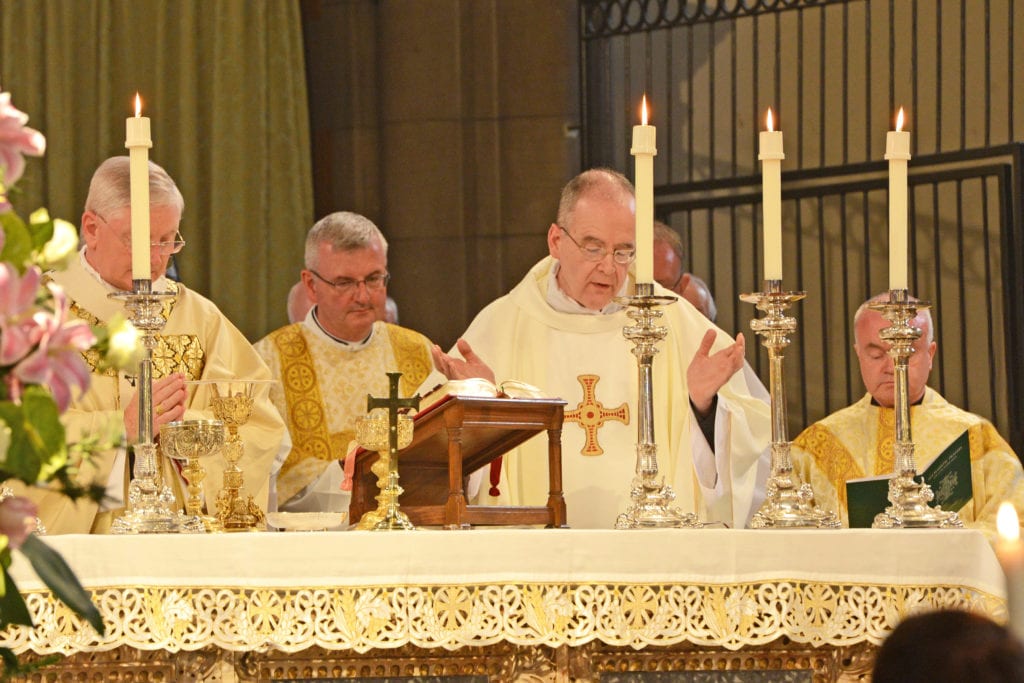 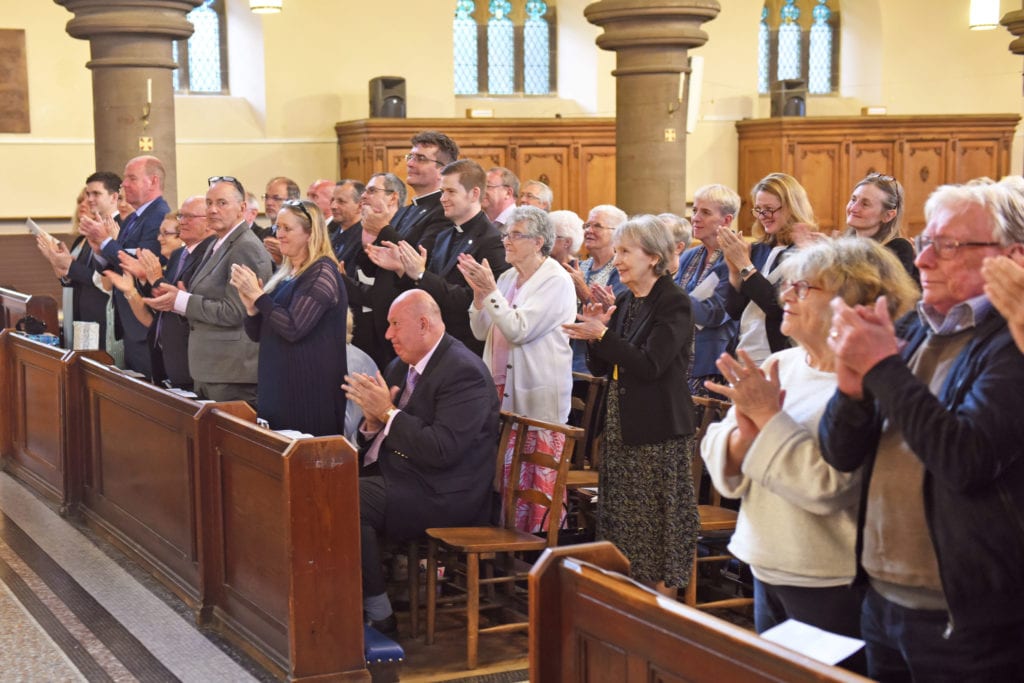 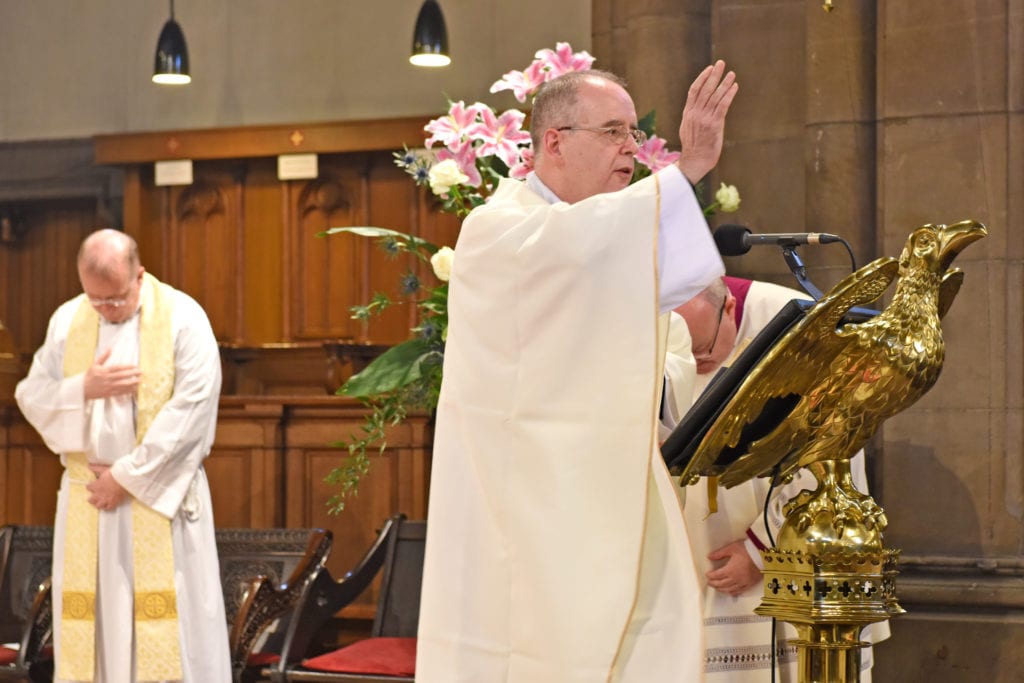 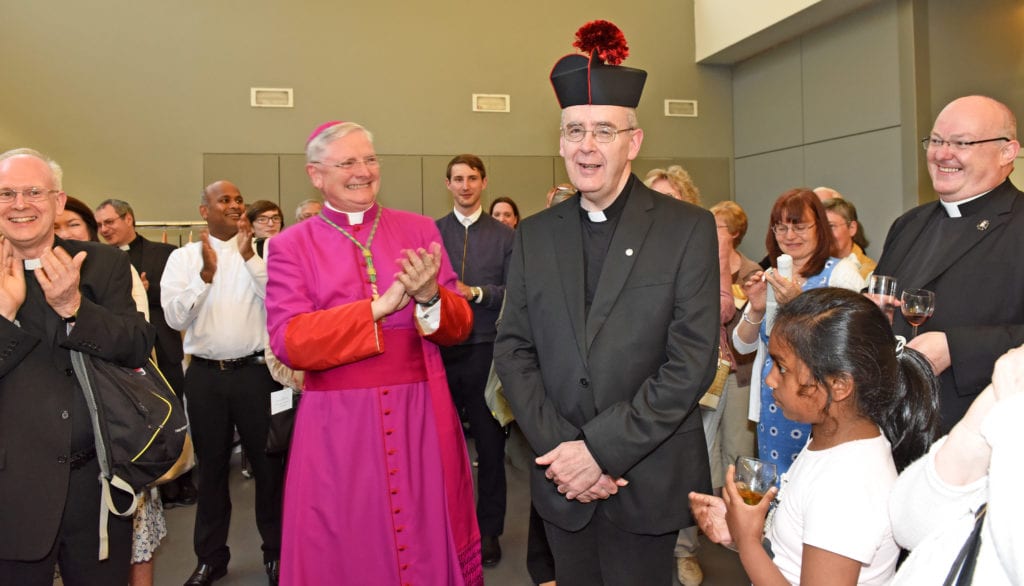 « 'The start of a journey': Charities back Archdiocese in fight against modern slavery
Archdiocese hosts annual Mass for Society of St Vincent de Paul »