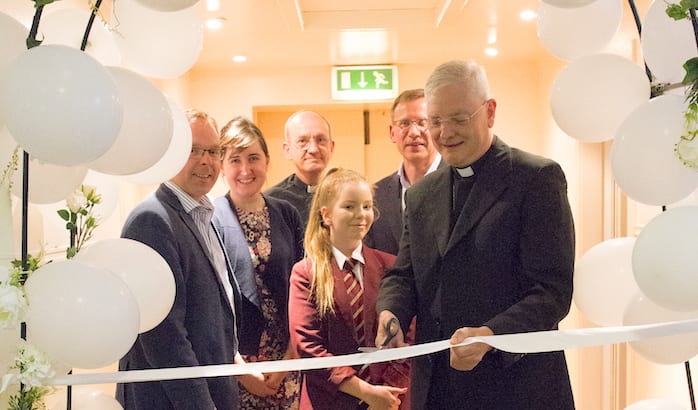 The Archdiocese of St Andrews & Edinburgh became the first diocese in Scotland to open a Pro-Life Office on 29 May with an official launch in Edinburgh attended by over 80 representatives from parishes across the Archdiocese.

“It was very heartening to see so many people attend the launch. It was a very good event and there was a positive buzz among all present,” said Fr Jeremy Milne, Vicar Episcopal for Marriage and Families, 5 June, "Hopefully it has given all those who attended a renewed sense of confidence and vigour in proclaiming the dignity of every human life in their parishes and beyond.”

The launch event was hosted at the Gillis Centre in Edinburgh and began, appropriately, with Archbishop Leo Cushley imparting his apostolic blessing upon the evening’s proceedings and upon the new Pro-Life Office. It was the archbishop who, last year, initiated the creation of the Pro-Life Office as part of an overall reform of his curia.

“The Pro-Life Office will be a co-ordinating hub within the Archdiocese for pro-life issues and a vital link with our parishes, disseminating information, ideas and encouragement,” explained Fr Milne, “May the blessed Mother of God pray for us!”

Those present on 29 May heard presentations from Fr Milne and also from John Deighan, Chief Executive of SPUC Scotland, along with Margaret Akers, SPUC Scotland’s Campaign Research Officer. The final presentation came courtesy of Paul Atkin, the Archdiocese’s new Pro-Life Officer, who explained to the parish representatives what they could to ensure each local Catholic community is a beacon for the pro-life cause.