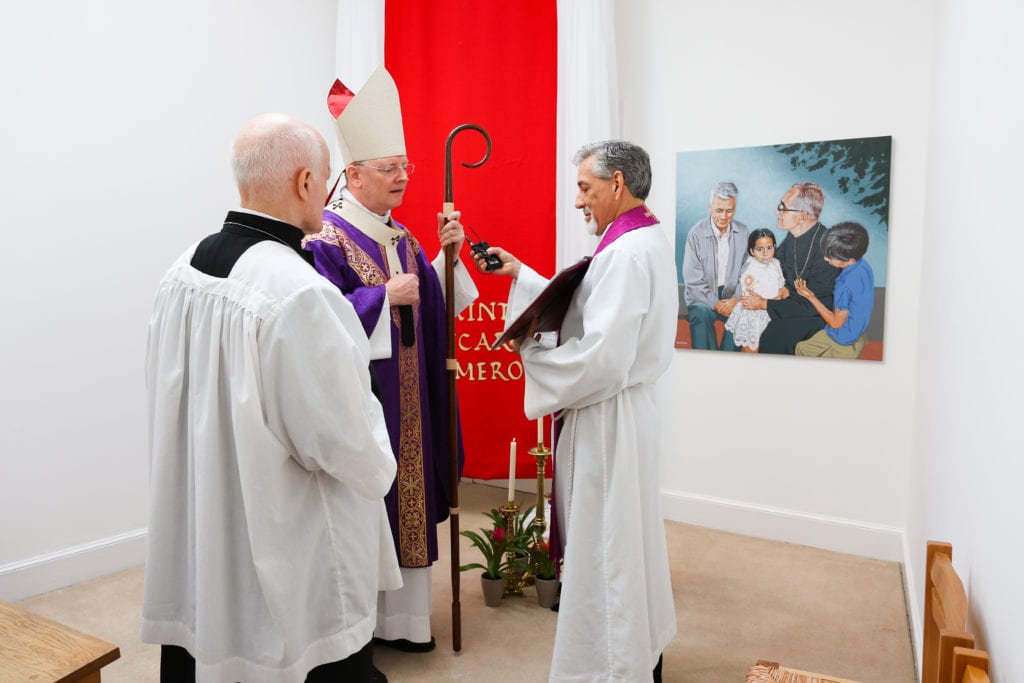 “A man of the Church, a man of his time, a man of great faith,” said the Archbishop of Saint Oscar Romero during Sunday Mass at the Church of the Sacred Heart in Edinburgh, 24 March.

Archbishop Oscar Romero of San Salvador was born on 15 August 1917. Ordained to the priesthood in 1942, he soon proved to be was a popular cleric who responded with compassion and bravery to the plight of El Salvador’s poorest. This courageous witness ultimately resulted in his assassination on 24 March 1980 as he was celebrating Holy Mass. In 2015, Archbishop Romero was declared a martyr for the Catholic faith by Pope Francis and was, subsequently, canonised in October 2018.

The new shrine dedicated to Saint Oscar Romero is to be found at the Church of the Sacred Heart in Edinburgh. The Jesuit parish have created a small chapel containing a relic of Saint Oscar Romero including a piece of the bloodstained alb he was wearing when murdered in 1980 and a 1974 diary of his friend Father Rutilio Grande SJ, whose was assassinated in 1977.

Archbishop Cushley began his homily by reminding the congregation that 24 March has been declared by the United Nations the International Day for the Right to the Truth Concerning Gross Human Rights Violations and for the Dignity of Victims which, he said, was a sign of the great impact of Romero’s legacy. He described his own personal encounter with men of great faith and courage, citing the example of the Papal Nuncio to Burundi, Archbishop Michael Courtney, who was killed by rebel forces as he attempted to save lives during the country’s civil war.

“Being good and being brave isn’t going to save you, sometimes”, the Archbishop warned, “Sometimes, doing the right thing comes at a higher cost.” What set the Archbishop of El Salvador apart was his “love of the faith, love of the church, and love of the people of God who were suffering heavily.”

“It was a wonderful celebration of a great ‘saint for the poor’ for whom there is immense devotion here in Scotland,” said Parish Priest Fr William Pearsall SJ.

“I was delighted with how it all went and very grateful to the Archbishop and all the community and parishioners who contributed to the success of the blessing. The shrine will do permanent honour to St Romero’s sacrifice.”

The festivities continued in the parish hall, with the parish community gathering to share some time together, meet Archbishop Cushley and enjoy a celebratory cake especially prepared by one of the parishioners. 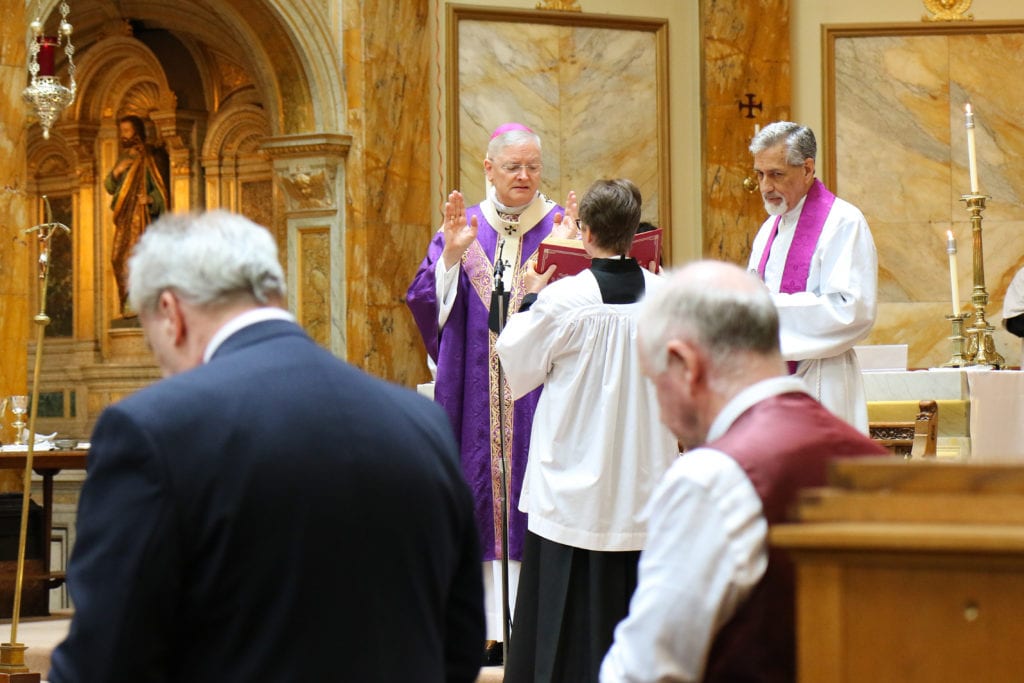 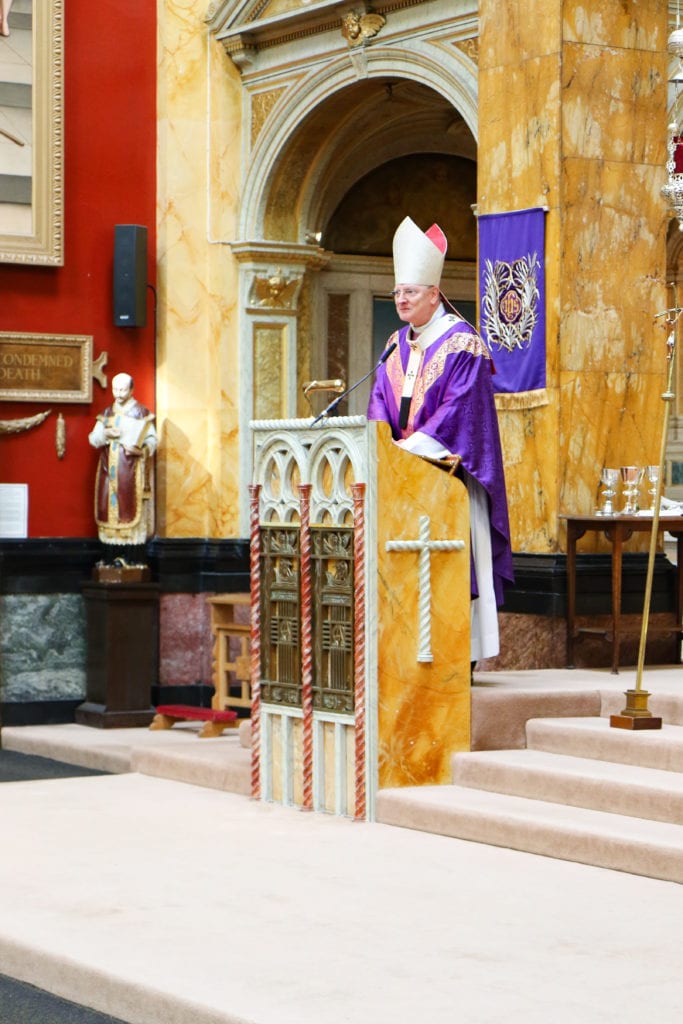 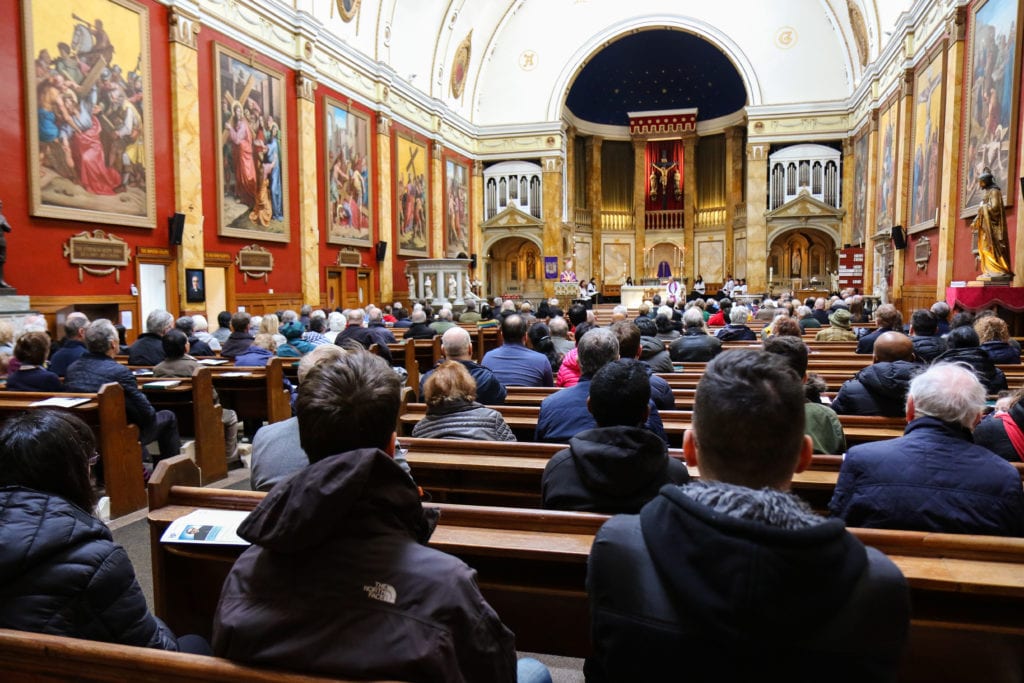 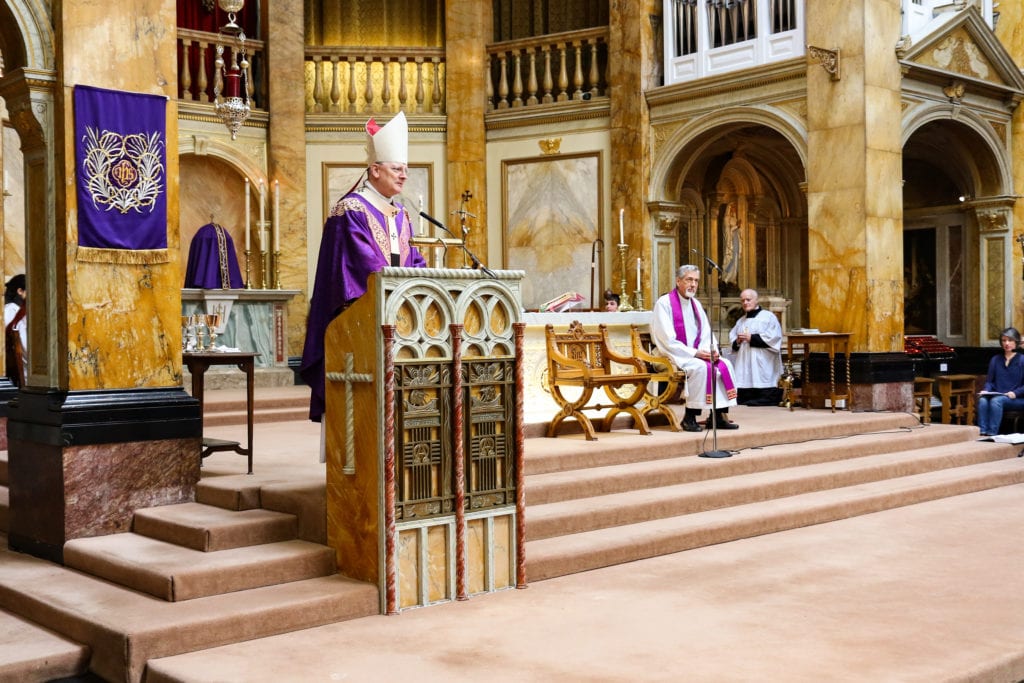 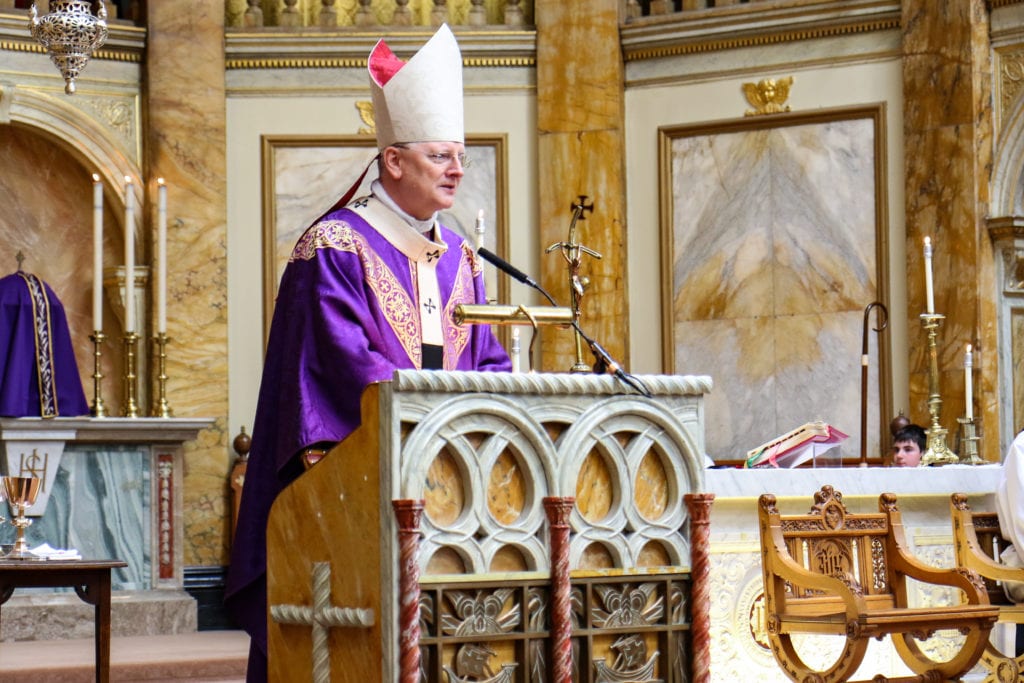 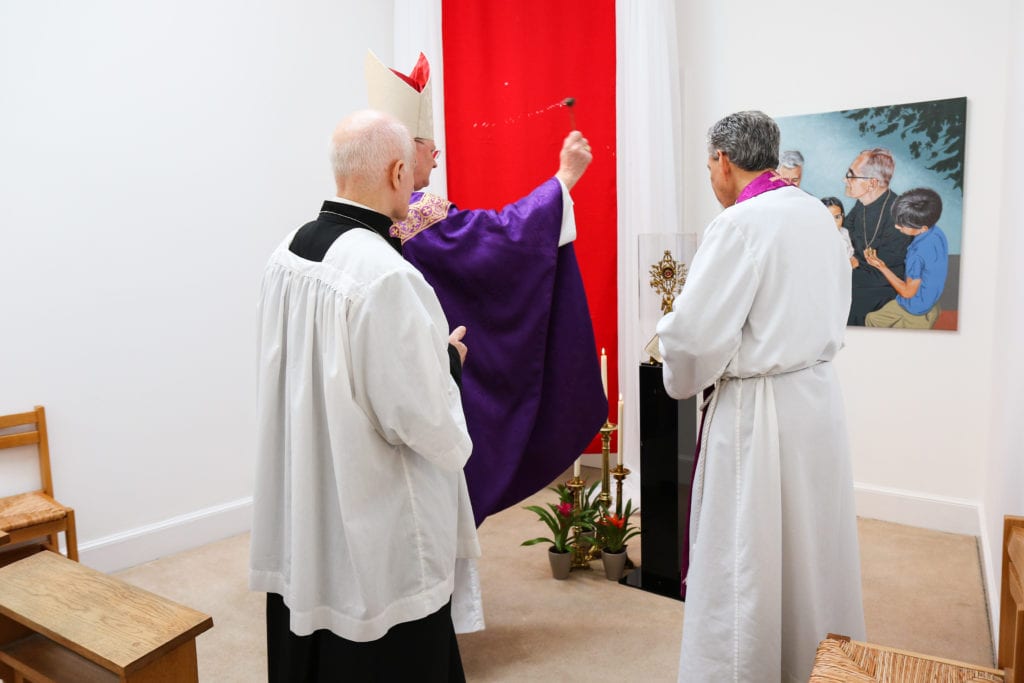 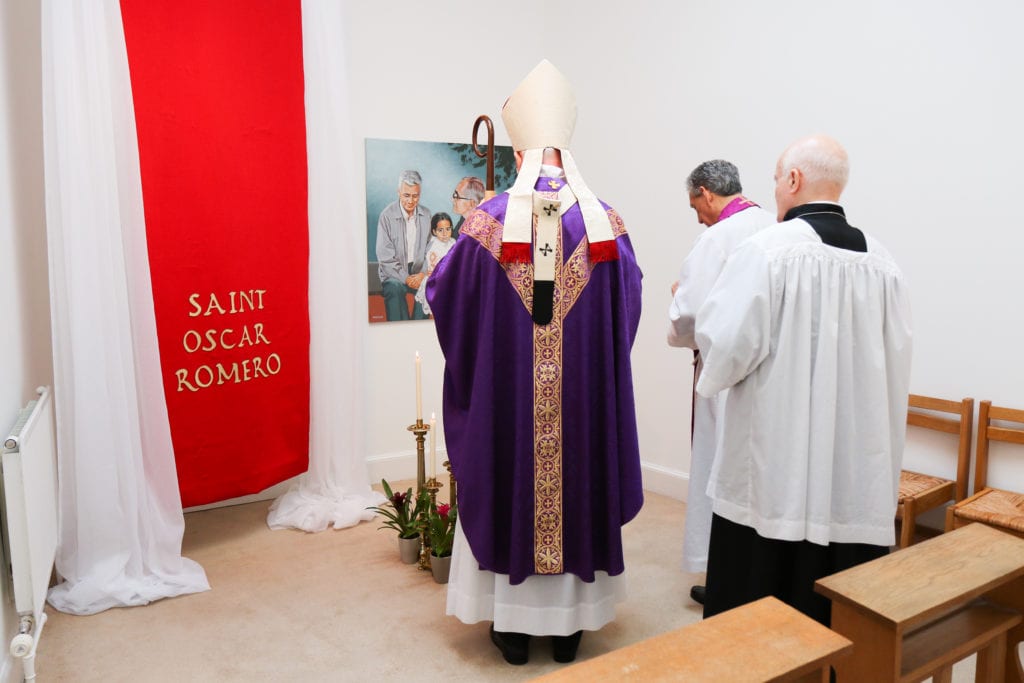 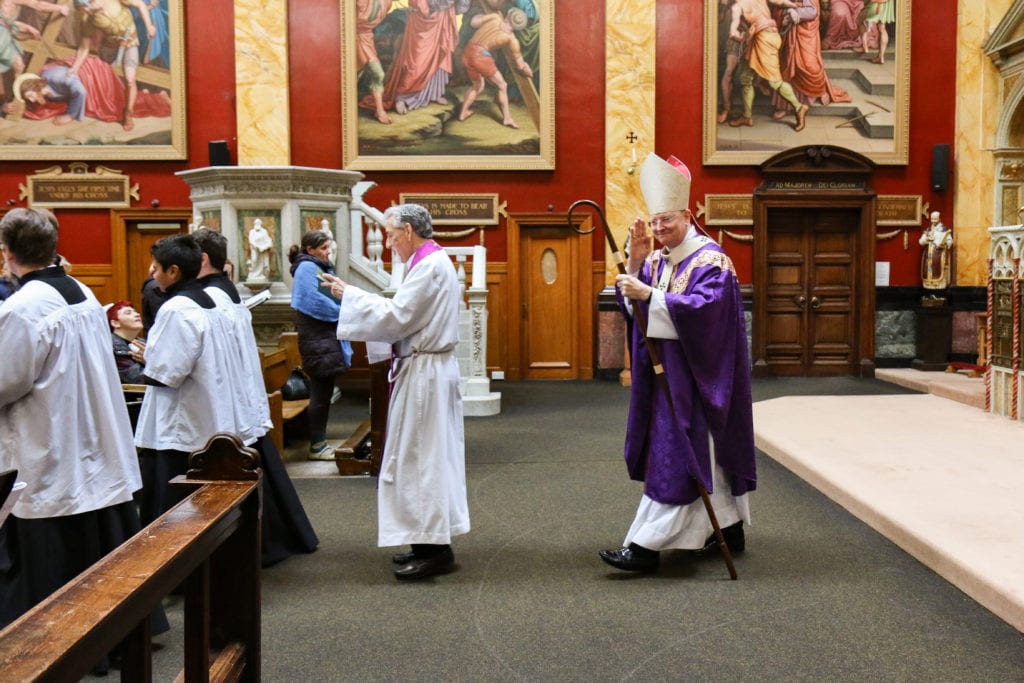