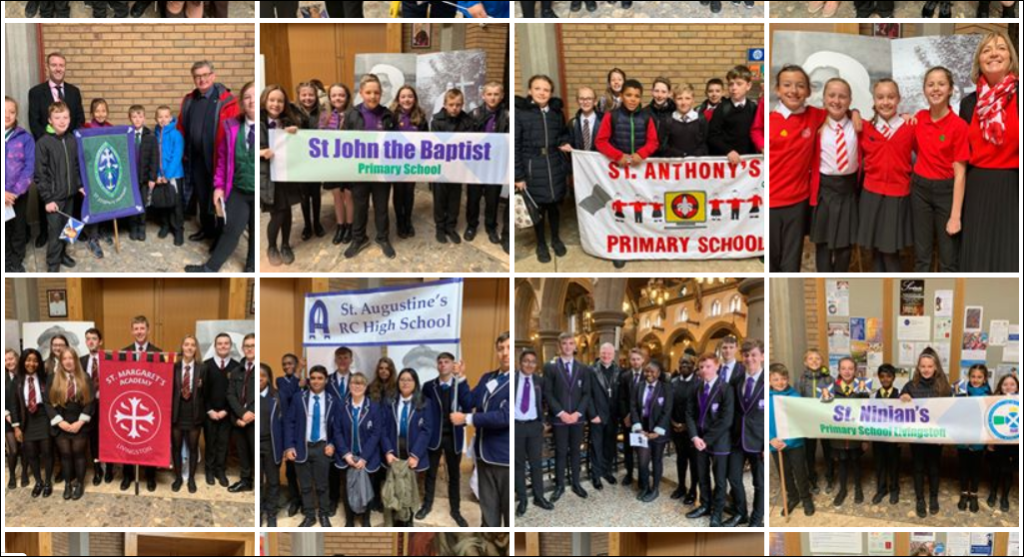 A staggeringly intolerant attitude to our flourishing Catholic schools

The former deputy chief constable of Lothian and Borders police has suggested that closing Catholic schools is the best way to tackle bigotry in Scotland. Peter Kearney, director of the Scottish Catholic Media Office, responds.

Although Catholics account for around 16% of Scotland’s population, Catholic schools educate over 20% of our school children.

Why do so many parents who aren’t Catholic vote with their feet and choose a Catholic school for their child?

As the existence of Catholic schools hits the headlines again, it is for those who would deny this choice to explain why they are so keen to destroy one of Scotland’s educational successes and perhaps elaborate how in so doing they will create a more harmonious or tolerant society.

Scotland’s peculiar obsession with religious intolerance has been in the spotlight again recently following the offensive and ill-informed comments of a former police chief, who claimed that the existence of denominational schools are at the root of the problem and suggested that sectarianism and bigotry can best be tackled by closing Catholic schools.

There is not a shred of empirical evidence to back up such claims and conspicuously, none was offered.

This staggeringly intolerant attitude is symptomatic of a simplistic belief that educating children in a faith-based environment is wrong and will inevitably lead to conflict and strife in society.

Crucially, the right of parents to educate their children in accordance with their religious beliefs is a universal human right, which many seem happy to crush with impunity.

To suggest that children who aren’t schooled together can never interact or relate harmoniously to one another in adult life is clearly absurd.

Taken to its extreme this would suggest that children from different parts of the country or from different countries or with different languages are doomed to perpetual strife as adults, since they didn't share a playground.

Sectarian, like racial, discrimination is not taught in schools but bred, through ignorance, in homes and spread through society at large.

"Sectarian, like racial, discrimination is not taught in schools but bred, through ignorance, in homes and spread through society at large," writes Peter Kearney https://t.co/2Mr1918l2P

Around Europe and across the world, Catholic schools exist and prosper in societies bereft of the bigotry and intolerance found here.

In reality, the historical religious divisions that still leave us tainted with sectarian bigotry, pre-date the existence of Catholic schools, so cannot have been created by them.

Ultimately, Scotland should be very wary of the self-indulgent delusion that sectarianism is a west of Scotland problem.

It exists across the country, as Crown Office hate crime statistics show, in almost exact proportion to the Catholic population of different areas.

Like racism, anti-Catholicism tends to be found where its targets are most numerous. Its absence elsewhere should not be conflated with geographically distinct virtue.

An edited version of this article was published in The Times on 18th September, 2019 (subscription required).