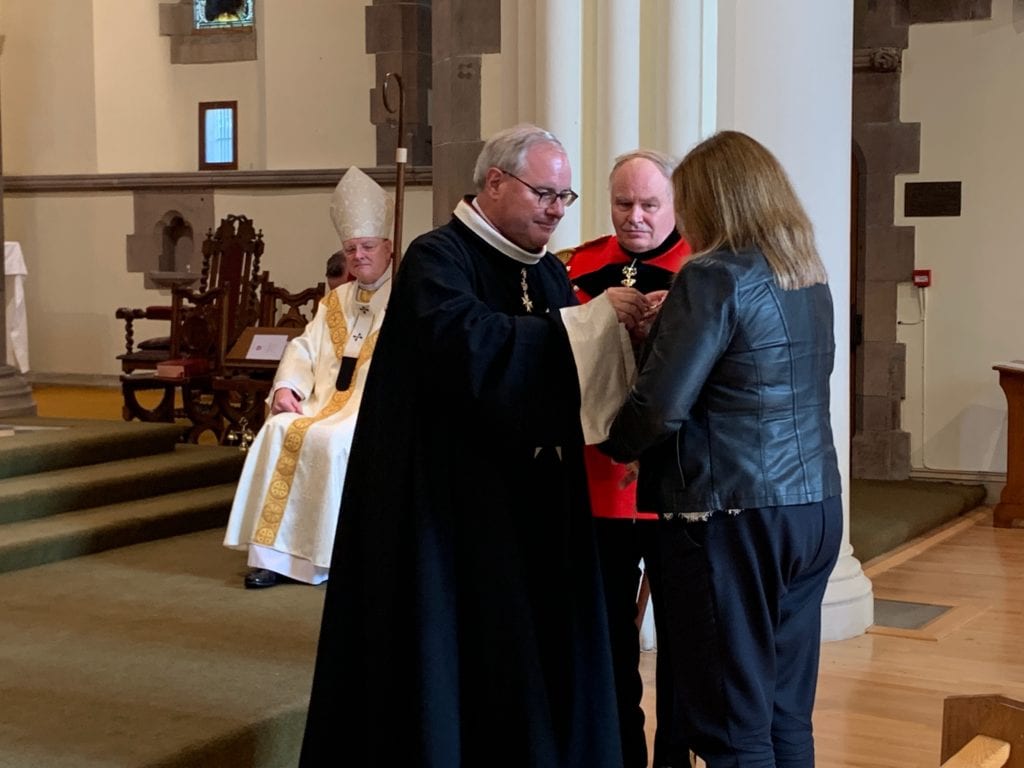 The Order of Malta gathered in Edinburgh to highlight the valuable contribution of those who have supported its charitable work.

Holy Mass was celebrated by Archbishop Leo Cushley at St Margaret’s Chapel at the Gillis Centre on Monday before an investiture ceremony.

A Bronze Medal of Merit was awarded to Gordon Brankin, who first joined the Companions of the Order of Malta in 2010.

The Aberdonian has been an enthusiastic supporter of its work, which has included the distribution of Christmas parcels to those in need.

The Silver Medal of Merit was given to Margaret Watson from Stirling for her volunteer work as a driver with the Order’s Dial-a-Journey service in Stirling.

The same medal was given to Shirley Erskine (main picture) from the Shieldhill area of Falkirk, who has also volunteered with Dial-a-Journey.

The Cross of Merit civil division was awarded to Herbert Coutts, who has served as chairman for Dial-a-Journey.

He was commended for his work in overhauling the service’s governance arrangements and for strengthening links with local councils.

The investiture was for awards in the order ‘pro merito melitensi’. The Order Pro Melitensi is a knightly order attached to the Order of Malta.

It was established in 1920 to recognise the valuable work of people all over the world who, though not necessarily members of the Order, by their exceptional work and dedication exemplify its values and bring the order honour.

Find out more about the Order of Malta here. Read about the Dial-a-Journey service here.