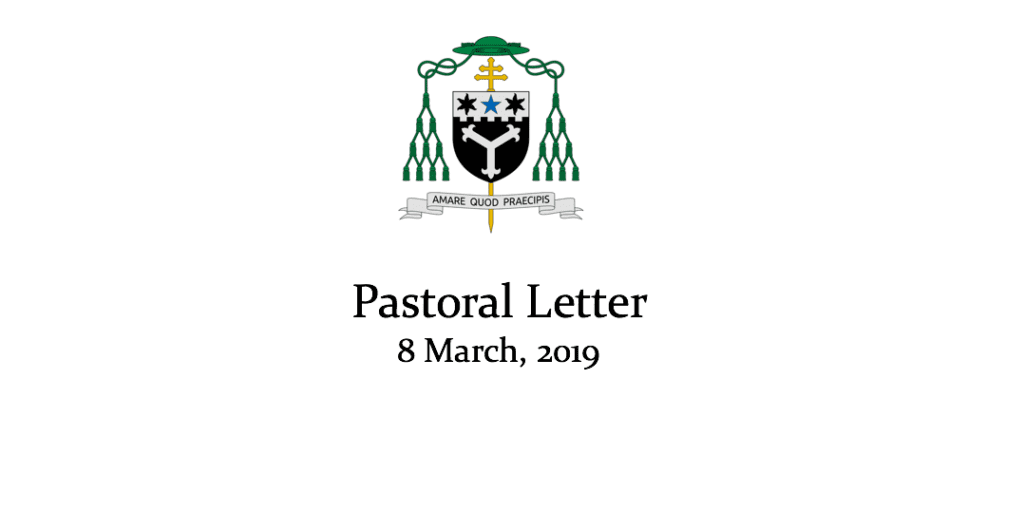 Prayers for victims of abuse

Archbishop Leo Cushley today issued a pastoral letter to the clergy and lay faithful of the Archdiocese of St Andrews & Edinburgh calling for prayer, penance and acts of charity to be offered for all those who are victims of abuse.

“As we enter the season of Lent, I would like to urge all of you, together with the clergy of the Archdiocese, to offer your Lenten prayers, penances and works of charity this year for all victims of abuse and for the healing of the Church at this time of crisis,” says the Archbishop, 8 March.

The pastoral letter, which is to be read at all Masses within the Archdiocese this Sunday, was issued upon the first Friday of Lent, a day designated by bishops of Scotland as an occasion for prayer for all victims of abuse.

Meanwhile, last month saw Archbishop Cushley invite Grief to Grace, an international Catholic apostolate which aims to being healing and peace to those affected by abuse, into the Archdiocese of St Andrews & Edinburgh.

“Sadly, there are times in the Church's history when gross unfaithfulness and betrayal, even in the highest places, take place,” writes the Archbishop in his pastoral letter.

“This happens not because the Church's teaching is somehow mistaken and needs to be changed, but because Her teaching has been undermined, ignored or not lived out authentically.”

“The profound moral confusion in our society has inevitably had its influence upon individuals within the Church, with the results we all know. “

The response, suggests Archbishop Cushley, has to be a “return to the highest standards of personal holiness” such that “all of us as the people of God actively to purify ourselves and to work together for the spiritual renewal of the entire Church.”

On a practical level, the Archbishop also notes that within the Archdiocese of St Andrews & Edinburgh Archdiocese “our clergy and I, along with hundreds of volunteers, have been working unstintingly to put in place, not just good, but the best available practices of safeguarding in all respects.”

An independent historical review of abuse cases commissioned by the Bishops’ Conference of Scotland and published in 2018 found that there 59 cases or reports of abuse involving diocesan clergy in Scotland during the period 1943 to 2005, 2.8% of all diocesan clergy during that time. To read Archbishop Cushley’s pastoral letter in full, click here.

« Ash Wednesday at the Scottish Parliament
Meet the (soon to be) new Catholics! »