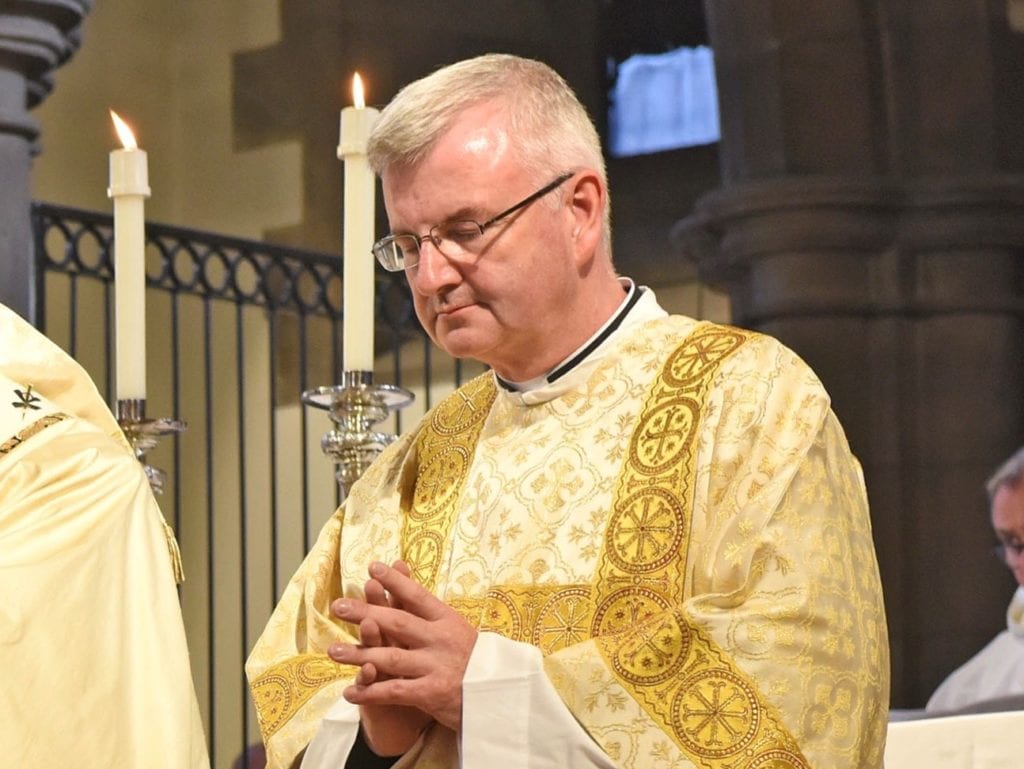 Q&A: Deacon William on his path to priesthood

Ahead of his ordination to the priesthood on Wednesday, Deacon William McQuillan speaks about his vocation journey...

What are you most looking forward to in your ministry?
Getting started. It’s been a long journey. I first considered priesthood twenty-five years ago, in fact I first met the priest who will be vesting me at my ordination, Fr Chris Heenan, back when we were students together at seminary in Gillis, Edinburgh, which I attended for two years.

When did you decide to become a priest?
When I was at school Wallace High School in Stirling, but I resisted making any serious commitment to it until my late forties when I stopped giving myself excuses not to.

What did you do before studying for the priesthood?
Many different things over the years, mostly in hospitality and customer service, but immediately before going to seminary I was a postman in Dunfermline.

Deacon William McQuillan will be ordained to the holy priesthood tomorrow at St Margaret's Church in Dunfermline, 7pm. Read more about his path to priesthood, below. pic.twitter.com/oyyeCyMjz2

What’s been the best thing about living I Rome?
There are so many things - the history, food, culture and the international community in our college.  But mostly, it’s been the privilege of studying so close to our holy father Pope Francis who has been an important factor in my decision to become a priest.

Can you describe some of the best moments?
I've found myself in many unforgettable and unique situations over the four years there, like the opening of the Holy Door during the Year of Mercy jubilee in 2016 and meeting the Holy Father during the Scottish Bishops’ ad limina visit last year.

And the most challenging?
The way of life there can sometimes feel a little more disorganised but you get used to it. Also, having to compress a lot of studies and formation into four years, compared to the normal seven years for seminarians. Oh,and the mosquitoes!

What advice would you give to someone considering the priesthood?
It may seem strange coming from someone my age, but don't feel you have to wait forever until everything is 100% clear and certain about the future, just trust in God and make that leap of faith.

Deacon William McQuillan will be ordained to the priesthood at St Margaret's Church in Dunfermline on Wednesday 3rd July. He will serve as an assistant priest at St Francis Xavier's Church in Falkirk.