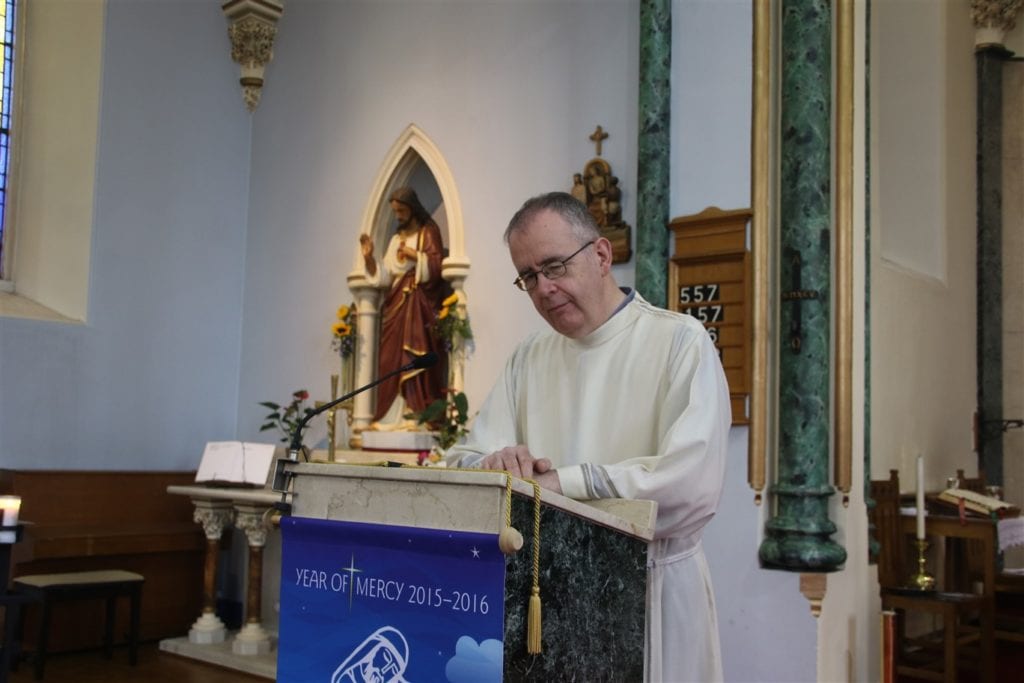 Q&A: Patrick prepares for the priesthood

Deacon Patrick Harrigan describes his path to the priesthood ahead of his ordination at St Mary’s Cathedral in Edinburgh on Friday...

What are you most looking forward to in your ministry?
To being able to offer people access to the sacraments – especially to the Eucharist and to Reconciliation - to catechesis and to preaching and teaching the Word of God. I hope I can help people to realise both the importance of prayer and especially how much God loves them where they are.

When did you decide you wanted to be a priest?
The idea first suggested itself a very long time ago, I guess, just as I was about to leave school – around 1980 or so – as the result of my being impressed by the personal example of holy and prayerful priests I had met, especially Carmelites and Jesuits. I remember thinking ‘I want to be like them’. I eventually spent some very happy years trying my vocation with the Carmelites from 1984 onwards, but after that – when I decided that I wanted to try to qualify as a teacher – the idea became submerged in all sorts of other practical and professional considerations. It was a very long time before it re-emerged, partly because ‘life happened’, as the saying has it, and partly because I then kept ignoring the issue!

Deacon Patrick Harrigan will be ordained to the holy priesthood this Friday at St Mary's Cathedral in Edinburgh, 7pm. Read more about his path to priesthood, below. pic.twitter.com/hMAwrz3KGj

What did you do before becoming a priest?
For the last 12 or 13 years or so before going to Rome, I lived in Edinburgh and taught in (mainly) secondary schools in that local authority area. My teaching subjects were RE and Additional Support Needs. Before that, I lived and worked down south, doing all sorts of things – Further Education teaching, shelf-stacking in supermarkets, working as a lollipop man outside a local school, being a Learning Assistant… I was also unemployed for quite a bit of the time!

What's been the best thing about living in Rome?
Undoubtedly having the opportunity to prepare well academically for priesthood by studying at the Dominican Angelicum University and being taught by some of the most expert theologians in their field; also being able to live in an international seminary environment with other men at the Pontifical Beda College and so be formed in a way that exposes you to other cultures. Those essential chances would not have been possible at home in Scotland.

And the most challenging?
Mosquitoes, humidity, living in community when you’ve spent many years living on your own, and prioritising what is most essential – ie your prayer life.

What advice would you give to other men reading this who may be considering the priesthood?
Pray about it! Remember that God is on your side and wants to help you make a good decision. Then talk to a priest you respect, perhaps the vocations director of the diocese. Have a heart open to God and to the Church and be loyal to both. Don’t be put off; things may take (a long!) time, but if it is God’s will, then it will happen. Most of all, let God love you and be open to doing his will in prayer, whatever it is!

Who has played a key role in helping you become a priest?
Gosh, far too many people to mention! My parents and family, the Carmelites, Jesuits and Dominicans, the seminarians and staff at the Milltown Institute in Dublin, at the Beda and at the Angelicum, not to mention the people and priests of all the parishes I have lived in over the years. If I could only choose one person, it would probably be the late Fr John Hughes SJ who was on the staff at Campion House, Osterley in 1980 – a learned, holy and humble priest.

Who is your favourite saint?
Very difficult question; there are many contenders: St Therese of Lisieux, St Francis de Sales, St Thomas Aquinas! Perhaps surprisingly, I would probably choose the Dominican priest Blessed Anthony Neyrot OP. In the fifteenth century he apostatised, married and converted to Islam after ordination. He then – by the grace of God - repented of his actions and returned to the faith, to the Dominicans and to the priesthood. He stood firm in his return to the faith and was martyred in 1460. He was beatified by Pope Clement XIII in 1767. He is a very important and much-needed sign to the Church and the world that no one is beyond the grace of God’s merciful love and forgiveness.

Deacon Patrick Harrigan will be ordained to the holy priesthood at St Mary’s Cathedral, Edinburgh. on Friday 28th June. The Mass begins at 7pm. Patrick will be assistant priest at St Mary's in Stirling.

« Melrose Abbey Pilgrimage
'The start of a journey': Charities back Archdiocese in fight against modern slavery »