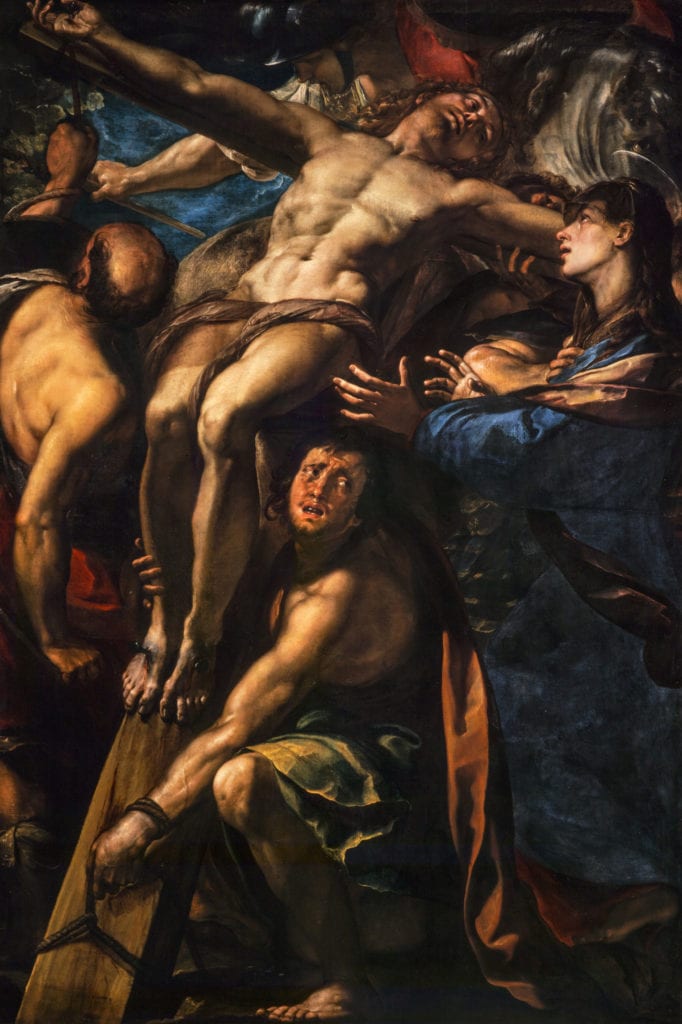 Remembrance Sunday 2018: The Centenary of the Armistice

In praying for the dead on Remembrance Sunday, we also remind our present generation of the evils that accompany all war and our obligation to work for the avoidance of future conflict, said Archbishop Leo Cushley to service to mark the centenary of the end of the Great War at St Giles’ High Kirk, Edinburgh.

“We remember, because we owe it to those who died, never to forget. We have a solemn duty to remember – and to keep remembering, so that we or our children never have to pay such a terrible price again.”

The service at St Giles’s High Kirk was attended by civic dignitaries and religious leaders from across Scotland, there to mark the 100th anniversary of the Armistice which ended the conflict of the Great War (1914-18). Archbishop Cushley told those gathered that on such occasions, the passion, death and resurrection of Jesus Christ brings solace to our mourning and justifiable hope amid our grief.

“Death isn’t the end; love doesn’t die; the sacrifice of yourself for others is a gift and, whether it’s you, or me, or the Son of God, it is the greatest gift you can give someone,” he concluded.

“It only remains for us here, solemnly to thank those who died for us, to remember them with the greatest respect and affection, and to hallow the sacrifice they made of themselves, so that we might live.” Archbishop Cushley’s homily is reproduced in full below:

First of all, let me express a word of thanks to the Reverend Calum MacLeod for allowing me to say a few words in this sacred place on this most solemn occasion.

We have just listened to the earliest version we have of the death of Jesus.  In the tradition I come from, strange to tell, but we don’t normally listen to the death and the resurrection together in the same service. As these two events are celebrated, one on Good Friday and one on Easter Sunday, we always hear these two events announced separately, and over three days, imitating and recalling anew these events over time, just as they unfolded historically. This is supposed to help us enter again into the mystery of what took place, and to recall it again in real time.

From another point of view, however, the passion, death and resurrection of Christ form an ensemble. We have three days of ceremonies in Holy Week, from the Lord’s Supper to the Easter Vigil: they seem like distinct ceremonies – we all go home for our tea after each one – but those three moments have only one name, the Triduum, because we like to see the Lord’s suffering and death and resurrection as one great event.   We do so, because, with hindsight, the elements that make up the three days appear to have a shape, and sense of deliberate intention that gives meaning to something that must have felt utterly meaningless and desolating at the time.

We also remember the event in this way, because the Lord asked us to.  The night before he died, he himself said, “Do this in memory of me”.   No one knew then what was to follow; but later, when they looked back, his friends did remember, and they tried to respect and carry out his wishes, for love of their friend.  What we do on Sundays as believers is an act of remembrance of the Lord.  We don’t do it to be appalled, or depress ourselves, or to feel badly about it, but because we wish to recall his love for us, of his obedience and his humility and the self-emptying gift of himself for others, so that we might live.  We also wish to recall how terrible it all was, not for its own sake, but because we wish to recall the great events focussing upon the person of Jesus, doing so with affection and gratitude.

Whatever you make of the events we’ve just heard about, about the first Good Friday and the first Easter, the world has never been the same since.  Whether you’re a Christian or not, whether you believe that these events took place at all, or as described, or similar, or not at all, one thing is certain: the world changed that day.  Professor Tom Wright wrote a book about the Lord’s crucifixion a couple of years ago, and entitled it, The Day the Revolution Began.  A deliberately provocative title, no doubt, but he’s right in the sense that the death of Jesus of Nazareth was not the end of him and his provocative, uncomfortable teachings about us, about God, about himself.  But that those events changed history is not in doubt.

That is also true of what we remember here solemnly today.  At this very hour, 100 years ago, the guns fell silent on the Western Front.  An international conflict on a huge scale, involving the lives of millions of people on the battlefield and beyond, came finally to an end.

As the Presiding Officer Ken McIntosh said in Holyrood just the other day, the First World War “is slipping from living memory”, but that makes it all the more necessary to keep alive a sense of its immense consequences for us, and for our whole human family.  Because it was an event that changed the world for ever, we must remember it solemnly.

We remember how Europe, a friendly family of nations in 1900, stumbled towards enmity and a terrible war in 1914, in spite of the efforts of people of good will on all sides;

We remember the individuals, whose lives were ended or changed cruelly;

we remember with affection, although it dims with time, all those who went off to war and never came back;

we remember their love and devotion and sense of duty and obedience;

We remember their comradeship with their friends, their lost dreams and futures;

We remember their self-sacrifice, and we endeavour to invest it meaning and purpose, by pledging ourselves to do everything we can to prevent other such catastrophes;

We remember, because we owe it to those who died, never to forget. We have a solemn duty to remember – and to keep remembering, so that we or our children never have to pay such a terrible price again.

The passage of the Gospel that we heard a few minutes ago was the memory of a sacrifice and death, a memory precious to those who knew Jesus and never wanted to forget.  Although they were appalled at what had happened to him, and were terribly afraid at the time, they grew to see something beautiful in it, and to see meaning in his sacrifice.  They saw it connected to the Lord’s empty tomb and to the vindication of all that he had gone through.  Perhaps we owe it to those who died in the Great War, and in so many conflicts since, to remember them in a similar way.  We are appalled at the tragedy, at the waste, we want to make sure that families will never suffer like that again; and we endeavour to see their lives as a gift, as given up willingly, as a meaningful sacrifice, the gift of one human being, made in the image and likeness of God, to another. We want to say to them that their sacrifice led to something better, that we have been worthy of their gift to us.

And we want to tell them that their story doesn’t finish with death.

I said earlier that, in my tradition anyway, we rarely listen to the story of the death and the resurrection of the Lord together.  But there is one time when we do, when we want to remind ourselves that death isn’t the end, that life is precious, and that it is life that is God’s last word to us, not death.  That’s why it’s at funerals that we like to listen to the story of the Lord’s death and his resurrection, together.

Death isn’t the end; love doesn’t die; the sacrifice of yourself for others is a gift and, whether it’s you, or me, or the Son of God, it is the greatest gift you can give someone.  It only remains for us here, solemnly to thank those who died for us, to remember them with the greatest respect and affection, and to hallow the sacrifice they made of themselves, so that we might live.