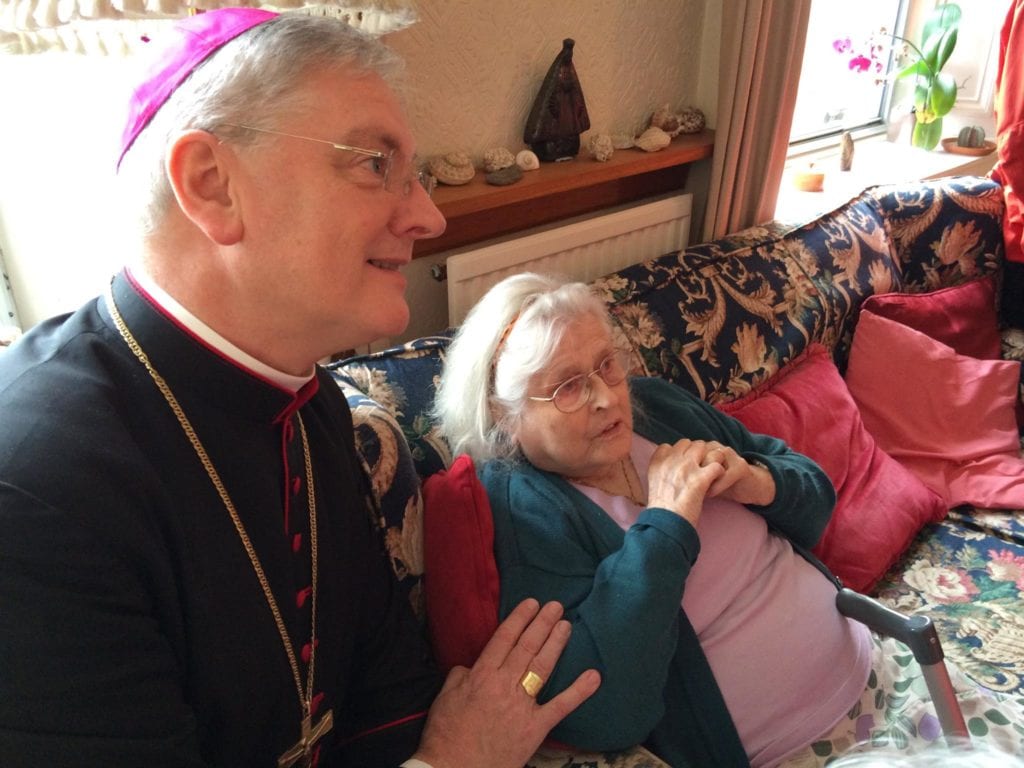 The Archdiocese of St Andrews & Edinburgh is saddened to learn of the death of Mrs Betty Stevens, benefactor of the Canmore Catholic Chaplaincy at the University of St Andrews. She was 101 years old. RIP.

“Known for her devout Catholic faith, her sharp wit and her love of the students and the chaplaincy, Mrs Stevens was known and loved by many who have passed through the doors of Canmore,” said University Chaplain, Father Michael John Galbraith, 25 February.

“Until she was able, she was a daily communicant and prayed the rosary every week for vocations to the priesthood,” he said, “it’s little wonder, then, that a good number of people have discovered their vocation to the priesthood or religious life through being involved in the life of the chaplaincy.”

The Canmore Chaplaincy building, a three story townhouse which sits adjacent to St James' Catholic Church, was purchased for the students of the university in 1964 through the efforts of Mrs Stevens and her late husband, Dr CP Stevens.

When Archbishop Leo Cushley visited St Andrews in 2014 to marked the 50th anniversary of Canmore, he made sure he visited Mrs Stevens (photographs below) and took her Holy Communion. The Archbishop was joined by several dozen students who wished to thank Mrs Stevens personally for the purchase of the chaplaincy building.

Mrs Stevens died on Wednesday 20 February at 11pm, surrounded by her family in prayer. Her daughter, Claire Wright, said that the only thing her mother would now ask of friends and family is that “they please pray for the repose of the soul of Betty Stevens”.

Mrs Steven’s Requiem Mass will take place at St James’ Church, St Andrews, on Friday 1 March, at 11:30am. All are very welcome. Thereafter, her mortal remains will be taken to Maidenhead in Berkshire for a second Requiem Mass followed by interment next to her husband. May they rest in peace. 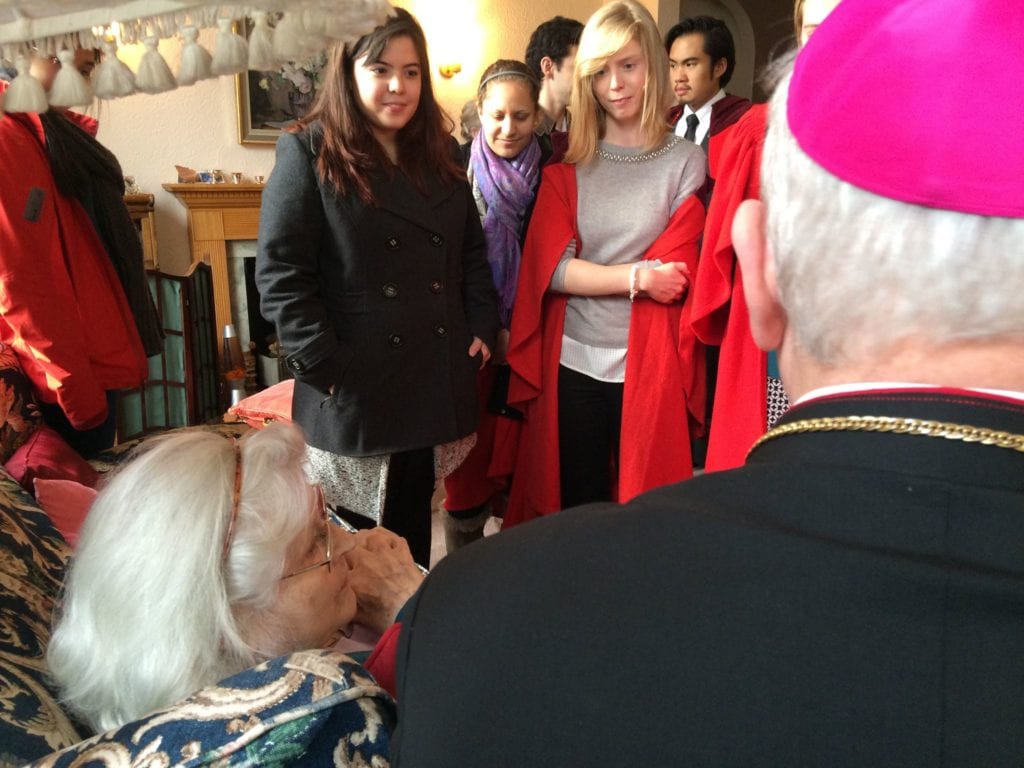 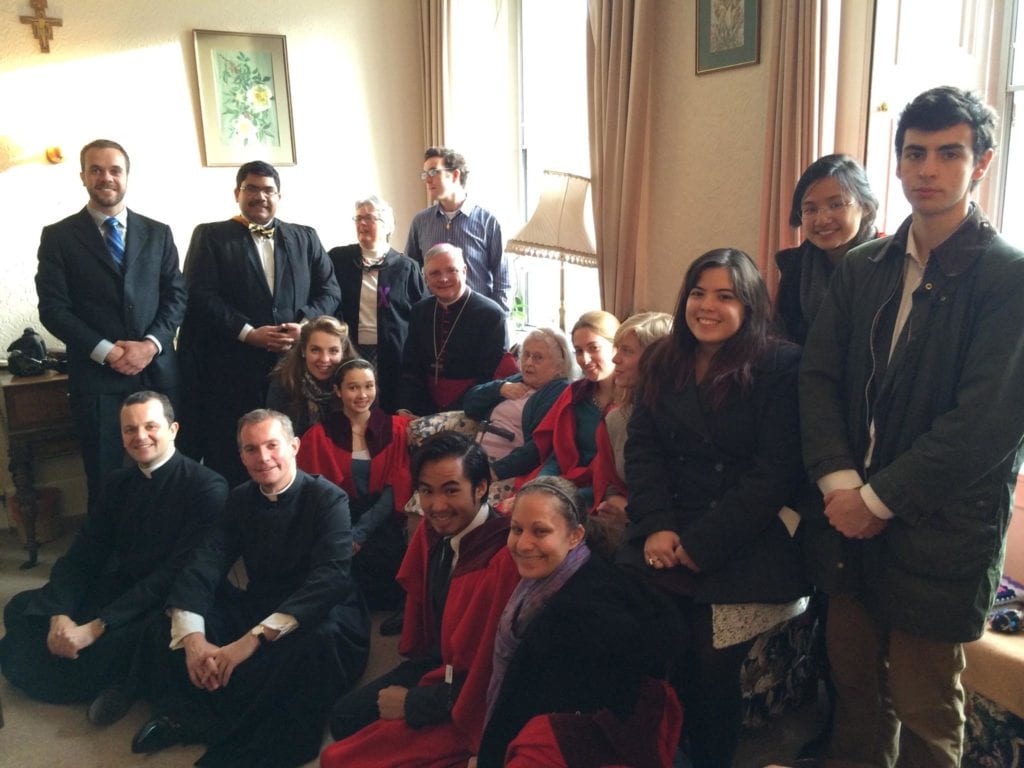 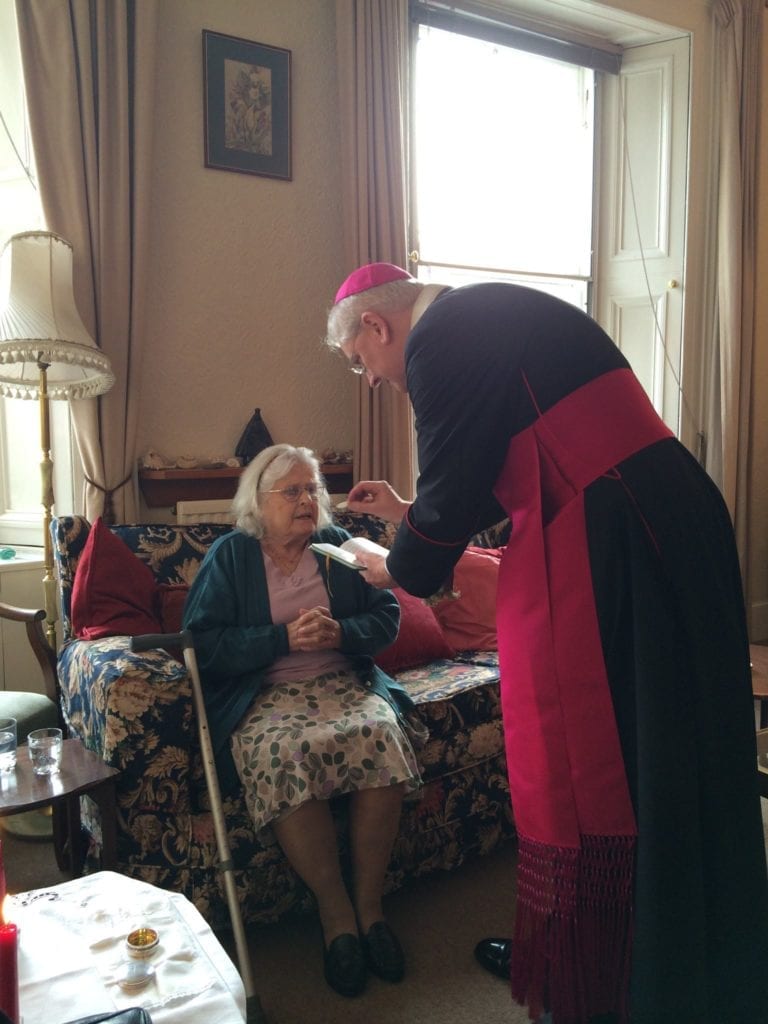