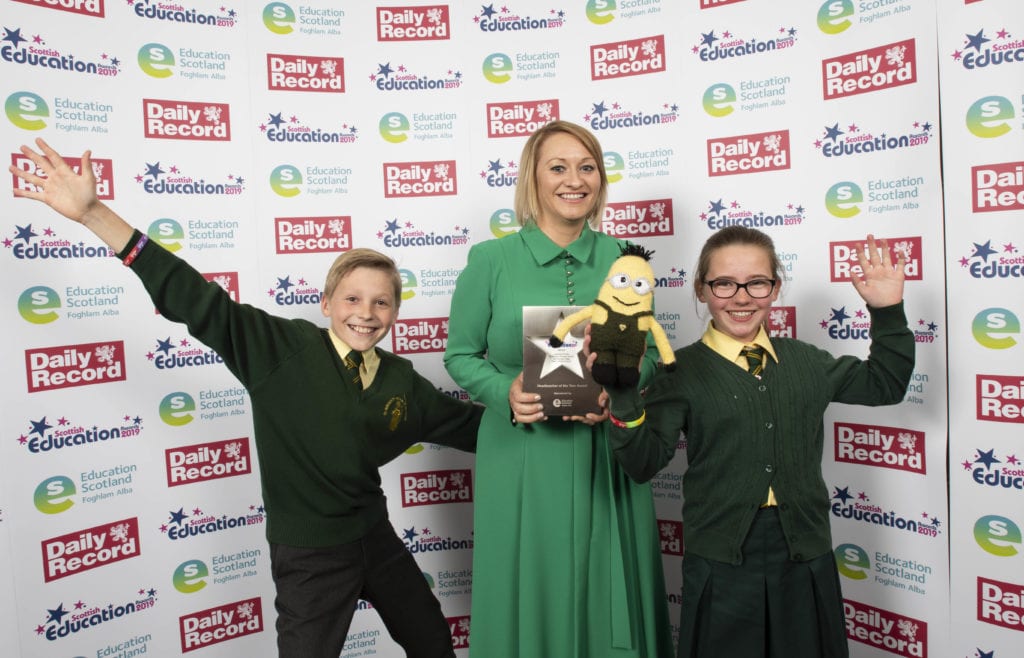 Lisamaria Purdie is Scotland's headteacher of the year!

An award-winning headteacher has described her role leading a Catholic school as a "phenomenal privilege".

Lisamaria Purdie was this week named Headteacher of the Year at the Scottish Education Awards 2019 in Glasgow for her outstanding work at St Ninian's Primary School in Livingston.

She highlighted how pupils, staff and parents contributed towards the accolade. "This award is testament to the fabulous work that goes on across this school community," she said.

"I told the children that it belongs to every single person who is part of the St Ninian's community who work together to make it a very special place for children to learn."

She described how the Catholic faith is central to her role and the school's ethos.

"It's a phenomenal privilege because every day you get to bring to school the values and traditions of our faith, as well as the real joy and comfort you get from your own faith," she said.

"You get to show that every day. It's about treating people well, building compassion and spreading joy. You get to really live your faith and be that example for other people."

Ms Purdie has been headteacher at the school for over six years, and was previously head at Holy Family Primary in Winchburgh.

It was her "lifelong ambition" to teach since she was very young.

"I think I was five years old and I told my mum and dad I wanted to be a teacher," she said.

"I love the job just as much now as when I first qualified. It brings a lot of joy -and a lot of hard work!

It is a difficult job, but I love teaching. It's really important always to remember that and to keep that energy and enthusiasm and love for the job.

"Parents hand over their children every morning and it's a real privilege to be part of the child and family's life, and really make a difference."

The Scottish Education Awards were first launched in November 2001 to celebrate success and recognise the achievements taking place within Scottish education.