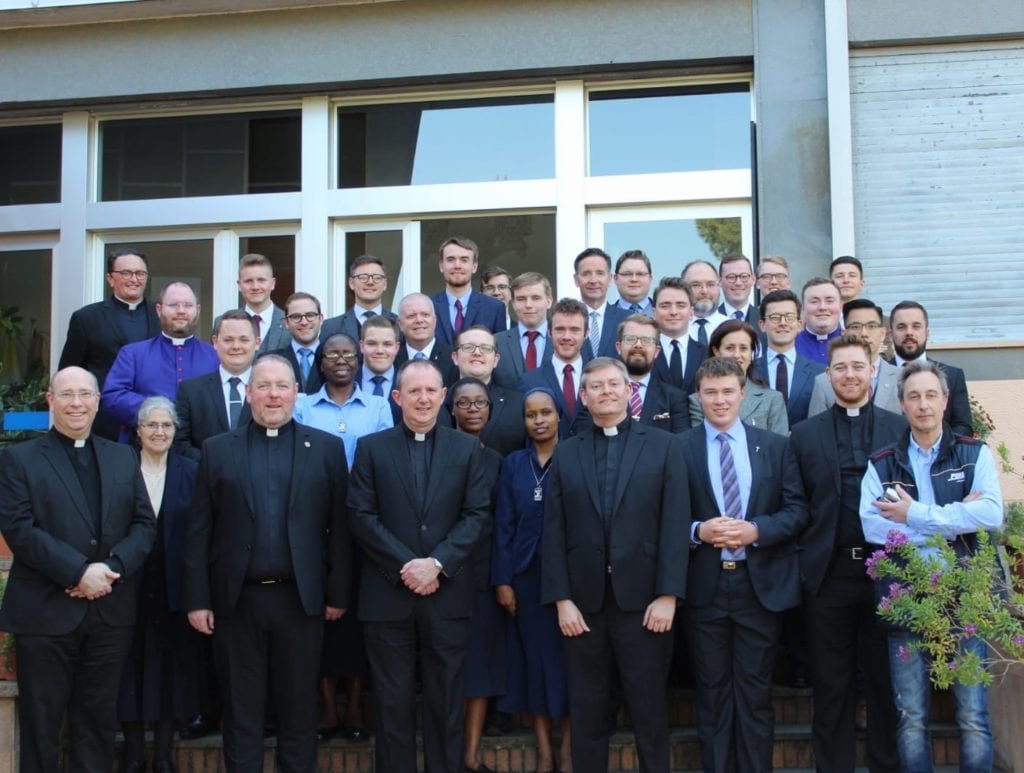 Seminarians to appear in BBC documentary

Seminarians from the Archdiocese are expected to hit our screens early next year in a new documentary.

Production company Solas filmed students at the Pontifical Scots College in Rome (main picture) late last year after being commissioned by the BBC. The finishing touches are now being put on to the programme, which will show what life is like for those studying for the priesthood.

The Rector of the college, Father Dan Fitzpatrick (front, fourth from left) reported to the Bishop's Conference of Scotland last week on a larger than usual intake of students in the past year.

There are currently 21 seminarians studying at the college. Fr Dan commended the “atmosphere of dedication and study” within the college. In anticipation of the UK’s departure from the EU all the students have been registered as residents in Italy to protect their rights to remain post-Brexit.

Before being accepted to train for the priesthood, many men attend the Roal Scots College in Salamanca, as part of a six-month formation course.

Rector, Fr Tom Kilbride (front, fourth from right) reported that ten students attended the propaedeutic course in 2019. Of this number, eight entered major seminary, afterwards. The college expects around eight students to begin the course in January 2020. The college also continues to liaise with authorities in Spain regarding residency requirements post-Brexit.

The Bishops’ Conference held its November meeting at the Schoenstatt retreat centre, near Milton of Campsie, last week, with all eight of Scotland’s bishops attending. The meeting was chaired by Bishop Hugh Gilbert, President of the Conference. A round-up of the meeting can be found here.

« Nun’s mission to encourage young women into the religious life
Resource: Speaking with Muslims about Christ »