A Parishioner has received the Benemerenti Medal for 50 years' service at Our Lady and St Joseph’s in Selkirk.

Douglas has been a parishioner at the church from his birth in 1949, and received the sacraments of Baptism, Confession, Holy Communion and Confirmation there.

Fellow parishioner Peter Birney said that Douglas' altar service started when he was six years’ old and continued until his early 20s when he met and married his wife.

“Dougie helped his father in the daily upkeep of the Church and grounds and during the winter months, the lighting of the coal-fired heating central heating boiler was a weekly occurrence,” he said.

In 1981, Dougie took over the reins and has been caretaker, pass-keeper and maintenance man ever since and he has kept the church, house and hall wind and watertight.

As vice-chairman and then chairman of the then Parish Council, Dougie was closely involved in all aspects of Parish life, including the setting up of rotas and systems for the weekly collection counters. Latterly, he took on the role of Sacristan

Tommy has worked tirelessly in Holy Name for well over 50 years. He has been a member of the Society of St Vincent de Paul but his main role has been as a groundsman and handyman.

He has been of great assistance to every parish priest since Father McNay (who was assigned the parish in 1953) including the care and maintenance of the chapel hall and the new church and grounds (opened in 1958). Even now, at the age of 84, Tommy is still active in the form of being Head PassKeeper.

Bill was a member and later president of the parish council – in that capacity he arranged many fundraising events, social events and pilgrimages to Carfin.

He organised Holy Name’s attendance at Pope John Paul II visit to Scotland and is s a longstanding member of the Legion of Mary and, for a time, the SSVP.

He was also responsible for the introduction of the Divine Mercy prayers in Holy Name. He was the first Safeguarding Coordinator in Holy Name and really established the role for his successors. In later years he took on the mantle of Sacristan and altar server until his recent retiral.

Aparish spokesperson said: "Both recipients richly deserve their Benemerenti Medals for outstanding service to Holy Name in Oakley. Both their families enjoyed a congratulatory cake and celebrations after the Mass!"

The papal award was given to them "as recognition of their selfless service to the parish community". 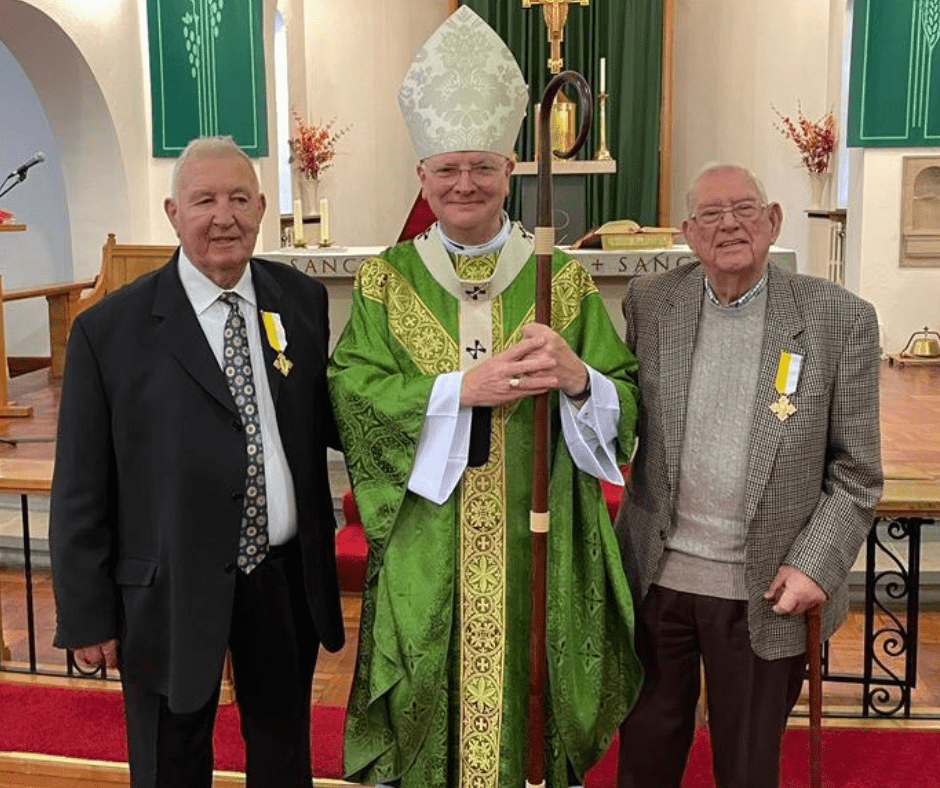 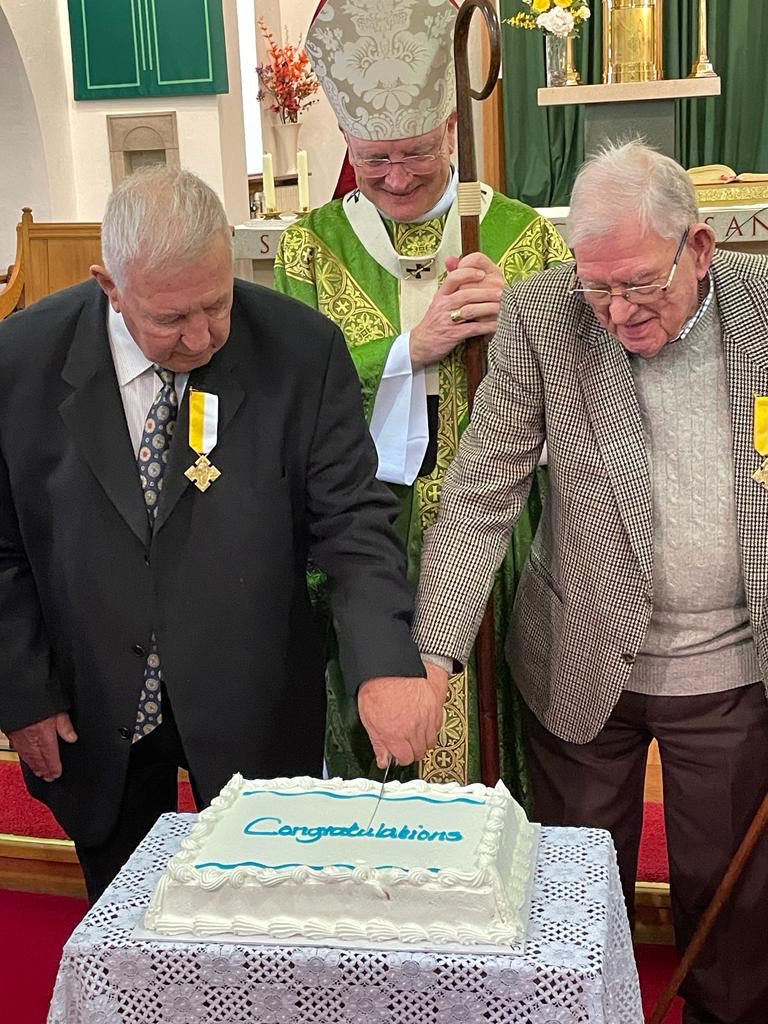 An Edinburgh parishioner has been recognised with a special papal award for dedication to her parish.

Speaking to the Scottish Catholic Observer, Des Brogan, a parish council member, said: "Margaret and her husband John have been great supporters of the parish for over 50 years now. Margaret was the real power behind the throne. She was involved in every guild and working behind every social we had in the parish and played a big part in the running of the church for many, many years.

"We thought this would be a good time to say thank-you for all the hard work she has done. We got in touch with the Archbishop and he was happy to raise this with Rome. It coincided with her birthday so all her family were here and she thought that's why they were with her at Mass.

"The real reason was that the Archbishop was here to present her medal. "