The Archdiocese says farewell to Fr John O’Connor OP, parish priest and superior at St Albert's Chaplaincy at the University of Edinburgh.

He has been appointed Regent of Studies for the English Dominican Province, which will see him rejoin the Dominican Community at Blackfriars, Oxford. He leaves Edinburgh on Tuesday (28 July).

Archbishop Leo Cushley said: "We thank him warmly for all the good work he has done, especially among the young people of the city and all those who attend St Albert's chaplaincy parish in George Square." 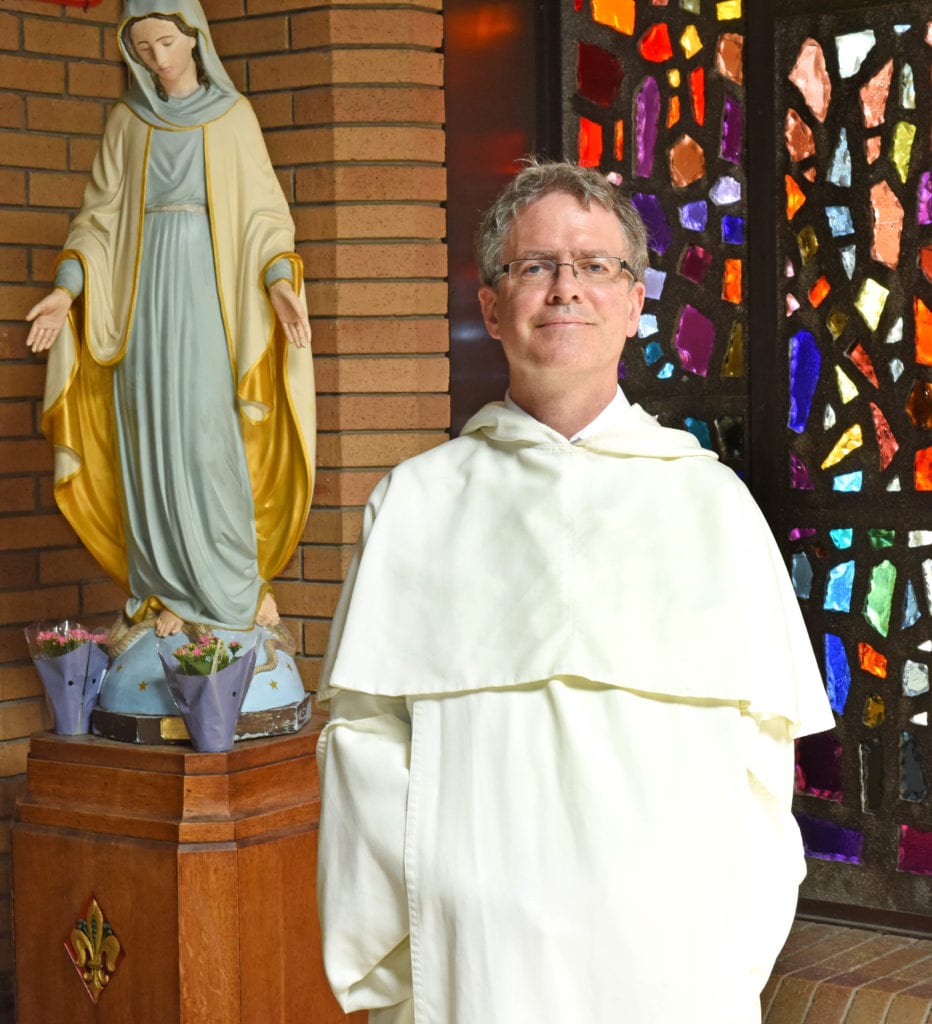 Fr John O’Connor, from County Galway in Ireland, was ordained to the priesthood in 2004 and served as a curate in London, a parish priest in Glasgow, and was previously Prior at Blackfriars.

Since that time he has worked at the university chaplaincy in Edinburgh where he also completed a second doctorate in Moral Philosophy at the University. Since early 2019 he has been a lecturer in Moral Theology at the Department of Theology and Religious Studies at the University of Glasgow.

Fr O'Connor said that he was "sorry to be leaving Edinburgh" but was pleased his move was delayed as it meant he will be able to take part in fellow Dominican Samuel Burke's ordination to the priesthood on Saturday at St Mary's Cathedral.

A spokesperson for the Dominicans in Oxford said: "We look forward to his rejoining Blackfriars at what will no doubt be a challenging time."

Find out more about the Dominicans at St Albert's Chaplaincy here.

The remains of a 13th century friar who may have rubbed shoulders with William Wallace and Robert the Bruce have been reinterred in the shadow of Stirling Castle.

The bones were revealed during an archaeological dig on Goosecroft Road, Stirling.

They belong to a member of the Dominican Friars, who founded a Stirling monastery around the year 1230, known as the Blackfriars.

Historical experts believe the remains could have a unique place in Scottish history, as the Dominican might have been alive during some of the key moments from Stirling and Scotland’s past, including the Battle of Stirling Bridge and the Battle of Bannockburn.

As well as the heroes of the Wars of Independence, the Goosecroft Friar could have bore witness to the actions of the fearsome Edward 1st, the Hammer of the Scots, and his successor Edward 2nd, who was defeated at Bannockburn by Robert the Bruce.

Given the high standing of the monastery in Scottish society at the time, it is even possible that he could have seen both English Kings, William Wallace and Robert the Bruce, either within the walls of his priory or on the roaming countryside around his spiritual home.

Carbon dating has pinpointed that the friar, who was probably aged between 20-35-years-old, would have been alive sometime between 1271 and 1320.

Stirling Council archaeologist Dr Murray Cook said: “The human remains from the excavation represent an individual who appears to have been formally buried within the precincts of the Dominican friary.

“The remains were found with a buckle which was positioned in front of the pelvic area and, as the Dominican Friars also wore a belt cincture with a buckle, this discovery suggests that he was a friar rather than a local individual.”

A Dominican Priory was founded in Stirling in 1233AD and the brothers of the Friary were strongly entwined with Stirling life, both preaching and tending to the needs of Stirling’s citizens.

Stirling Council Baillie, Councillor Chris Kane, said: “This friar was a witness to a defining time in Scottish history. Did he watch the beginnings of the Wars of Independence, or did he witness from his window as the Battle of Stirling Bridge unfolded?  Did he tend to the wounds of Edward I, who lodged at the Friary in 1298 after falling from his horse?

“It is incredible to have discovered the remains of someone who might have bore witness to the acts that shaped Stirling and Scotland as we know it.”