A dedicated parishioner who has contributed music to Mass in Edinburgh for decades has been awarded the Archdiocesan medal.

Mina Brown, a parishioner at St Andrew's in Ravelston, was presented with the award by Archbishop Cushley at the 10:30am Mass, attended by family and friends. 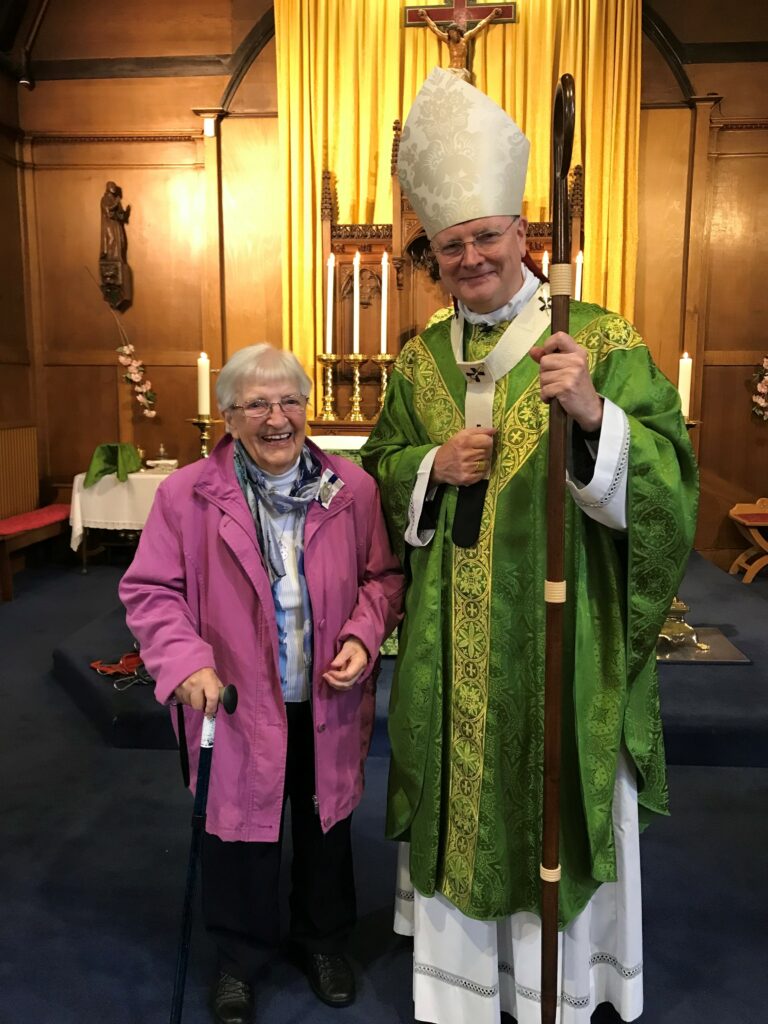 Inspired by a music teacher while a pupil at Holycross Academy, Mina started playing the piano and organ in her early teens.

Her dad was a passkeeper at St Andrew's so it was not long before she began playing music at various church services.

Mina went on to become a music teacher in primary schools – mainly the Catholic primaries of St Joseph's in Broomhouse and Holycross at Trinity.

With her musical ability and generous personality, she was in great demand in St Joseph’s, St Andrew's and St Margaret’s in Davidson's Mains, for Sunday Mass, weddings, and special occasions.

She arranged and conducted choirs in schools and churches across the city and was passionate about music and the joy it brings.

For those who know her, a summary of Mina’s contribution to the church would be incomplete without mention of her late husband, Ronnie Brown, who was also active in the Catholic church, especially latterly in St Andrew's.

Ronnie died in 2013 and he is remembered particularly for a beautiful watercolour of the church, which he drew as part of the parish’s centenary celebrations in 2001.

Mina retired as organist in her mid-eighties in 2019 to spend more time with her grandchildren and great-grandchildren.

In total, Mina has provided music services to Catholic schools and churches in Edinburgh for around 70 years. Thank you, Mina!

The Archdiocesan Medal for Outstanding Service to the Church was established in 1975 by Cardinal Gordon Joseph Gray, then Archbishop of St Andrews & Edinburgh.

Since then, just over 100 or so medals have been awarded for “outstanding voluntary service” to the Church at a local level.