The relics of the little-known St Crescentia were today placed for veneration in St Margaret's Chapel at the Gillis Centre, Edinburgh.

We don't know very much about the saint, other than that she was a Roman girl Canonized by Pope Gregory XVI as a Virgin Martyr.

Her tomb was opened in Rome in 1781, and in 1839 - along with St Veronica Giuliani (a poor Clare nun) - the remains were deemed to be unquestionably those of one of the first witnesses of Christianity.

By special permission of Pope Gregory, her feast day is kept on 10th October, when traditionally the relics are exposed.

They were obtained for the then convent at St Margaret's by Mrs Colonel Hutchison, who had been received into the church there.

The reliquary of St Crescentia was designed by Augustus WN Pugin and made by Messrs Bonnar and Carfraw under the supervision of Bishop Gillis.

The Latin on it reads: "Precious in the sight of the Lord is the death of his holy ones."

St Crescentia, pray for us! 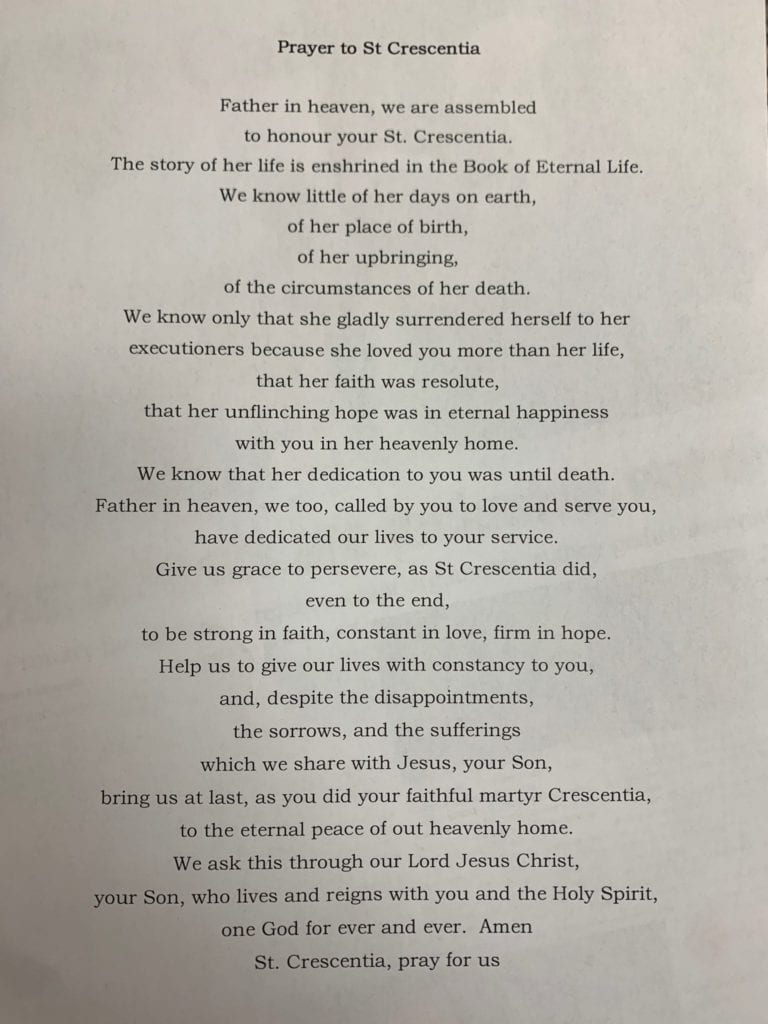 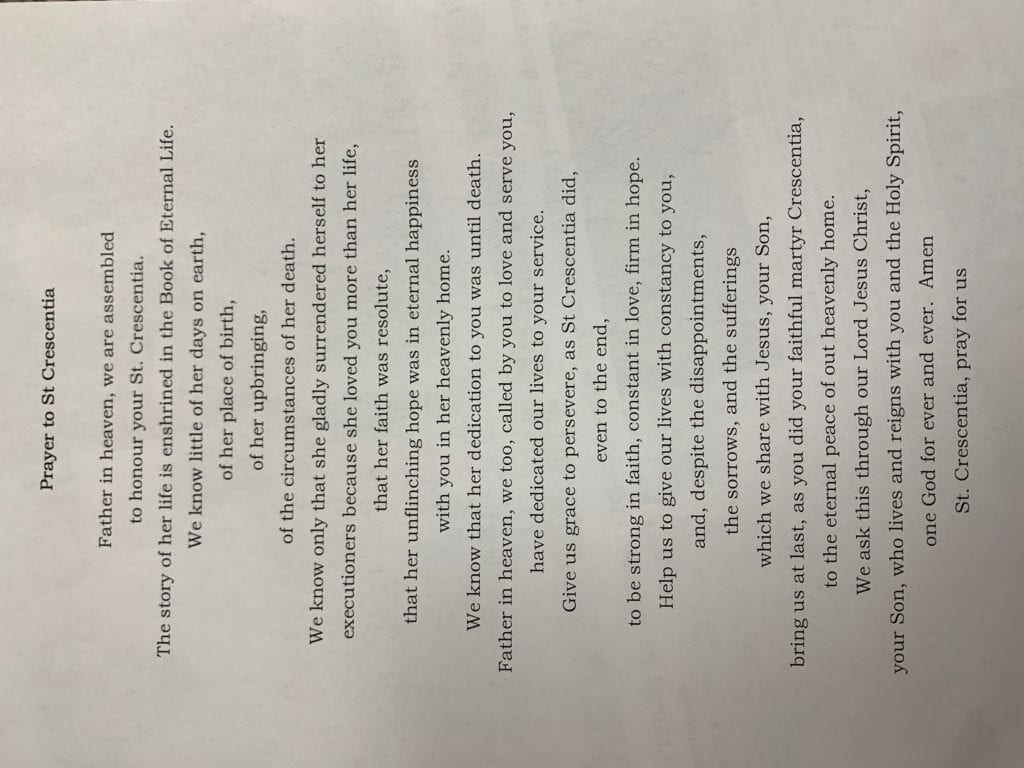 The schedule for the visit of the relics of St Thérèse of Lisieux to the Archdiocese has been published.

The relics are touring Scotland from August and arrive at the Carmelite Monastery in Dysart on Saturday 7th September.

They will then be taken to St Mary's Catholic Cathedral in Edinburgh that same day at 7:30pm, where Archbishop Leo Cushley will lead a Holy Hour before veneration of the relics.

He said: The people of the Archdiocese of St Andrews & Edinburgh await the relics of the Little Flower with great anticipation.

"From the Carmelite Sisters of Dysart to people and parishes all over the Archdiocese, there is much affection here for this extraordinary woman who, in so short a life, became a profound inspiration to many as well as a doctor of the Church.

"We hope and pray for many blessings from the visit of her relics."

Thérèse entered a Carmelite convent in Lisieux, France, aged 15 and gave her whole life to God. She died aged 24, in 1897, following a struggle with tuberculosis.

She had said: "My mission - to make God loved - will begin after my death. I will spend my heaven doing good on earth."

Find out more about St Thérèse and the visit of the relics to Scotland at www.littleflowerinscotland.co.uk