Archbishop Cushley joined parishioners in Winchburgh on Sunday to support the building of two new Catholic schools in the town.

The Archbishop celebrated Mass with Fr Jeremy Bath and Fr John Agnew at St Philomena's before cutting a cake to mark the event.

He said: "Having visited the site last year, I am certain that it will be a fine building, so the next thing is to make it into a very fine Catholic school!

"That will depend to a large extend on its being used by Catholic mums and dads and young people, and its support by you, as well as the Catholics of Broxburn and Linlithgow, to ensure it gets off to the best start possible."

He added: "We have been very fortunate in having the support of the leader of West Lothian, Lawrence Fitzpatrick, and James Cameron, Head of Education: they have seen the need in our Catholic community, and I’m confident I speak for all of us when I say that I am very happy with this outcome."

The schools are part of West Lothian’s largest ever investment in education, a £60.7 million multi-schools project that will deliver Holy Family primary, Sinclair Academy, and the non-denominational Winchburgh Academy.

The primary school is due to open later this year, while the two high schools are scheduled to open in August 2023. 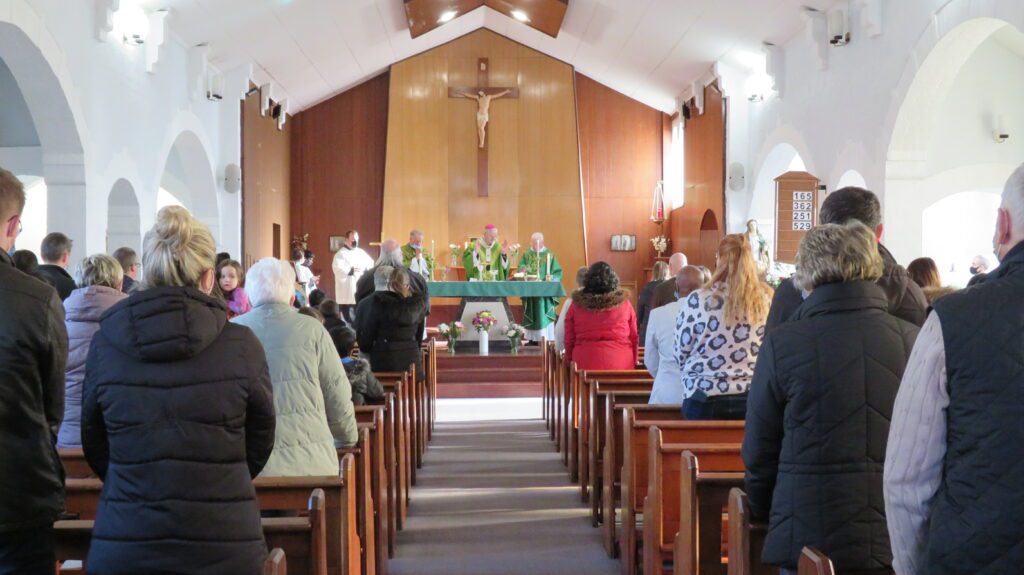 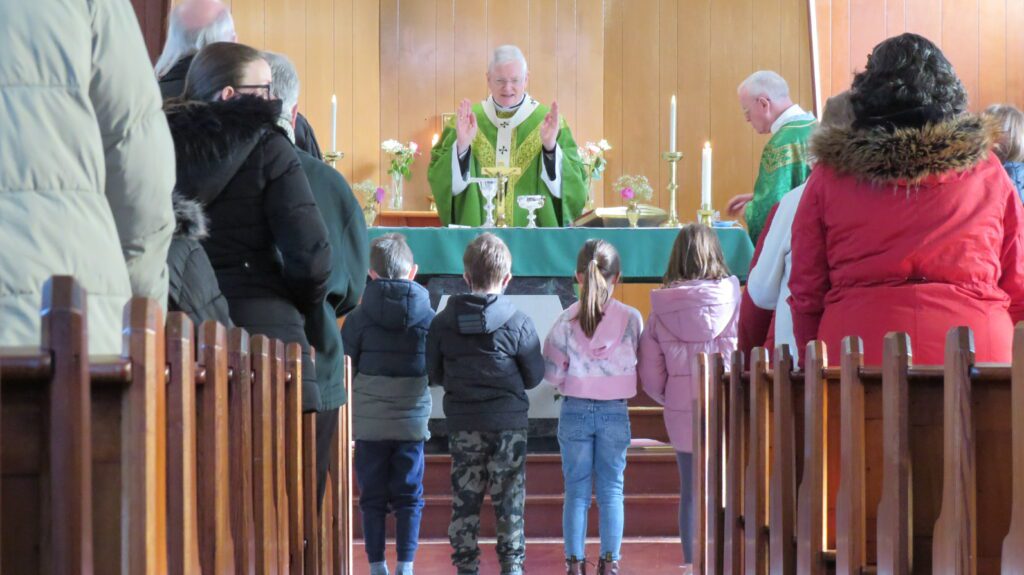 Children preparing for their First Holy Communion were brought forward to recite the 'Our Father'. 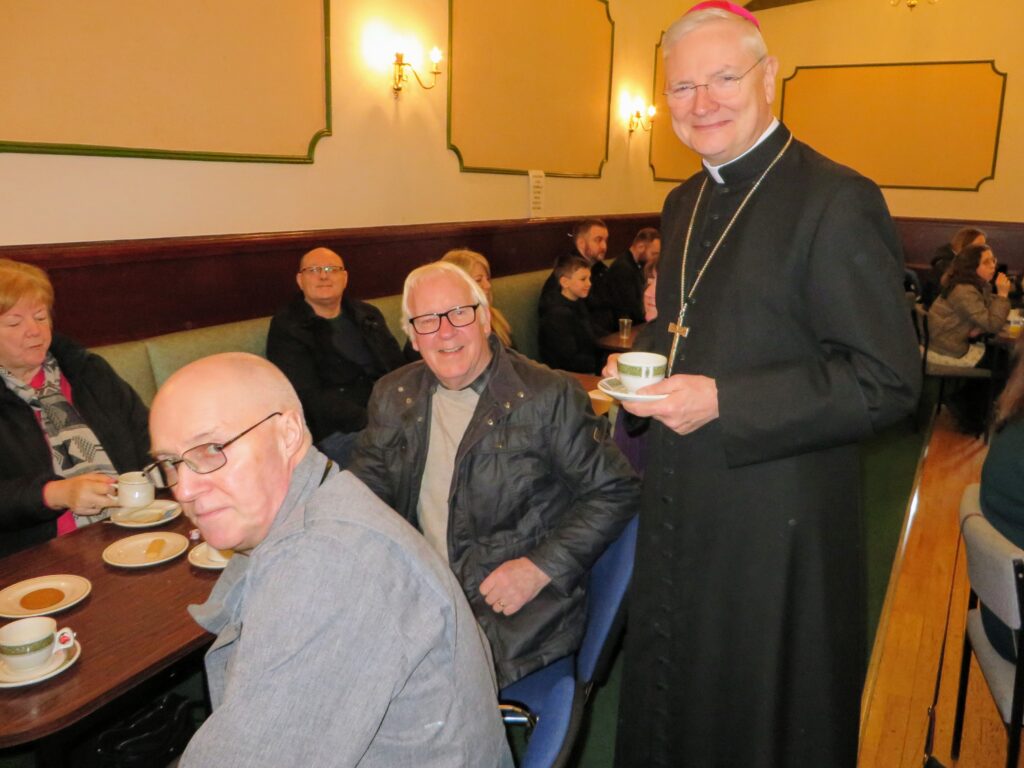 Parishioners shared a cup of tea with Archbishop Cushley in the church hall after Mass (pic: John Muir). 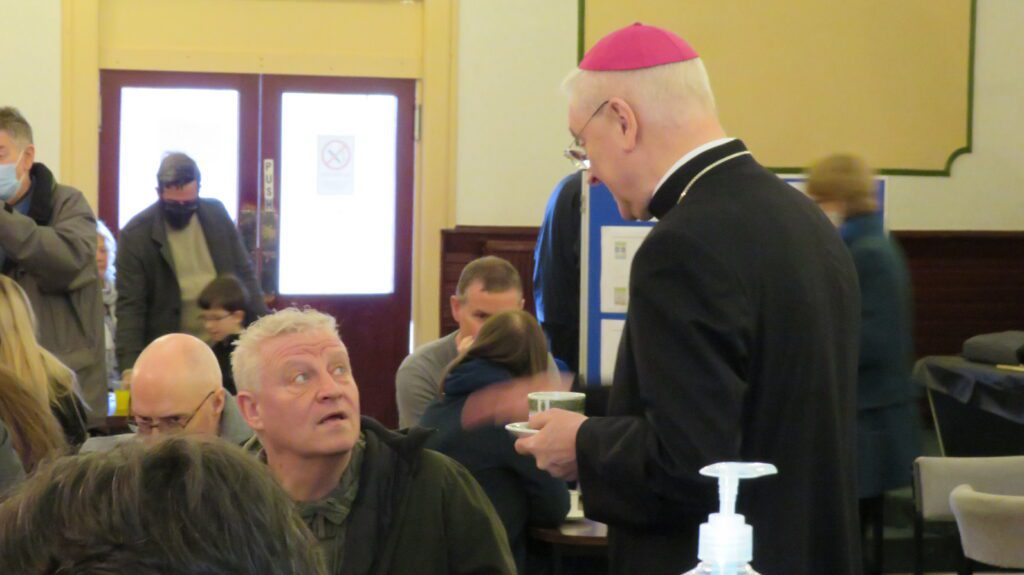 Archbishop Cushley chats with a parishioner.

A cake marking the building of two new Catholic schools in Winchburgh. 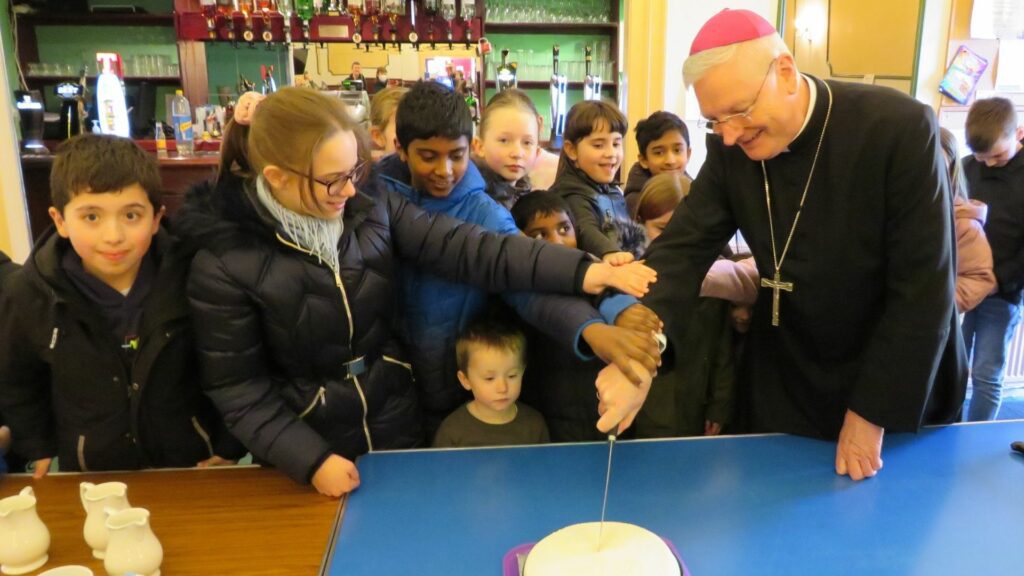 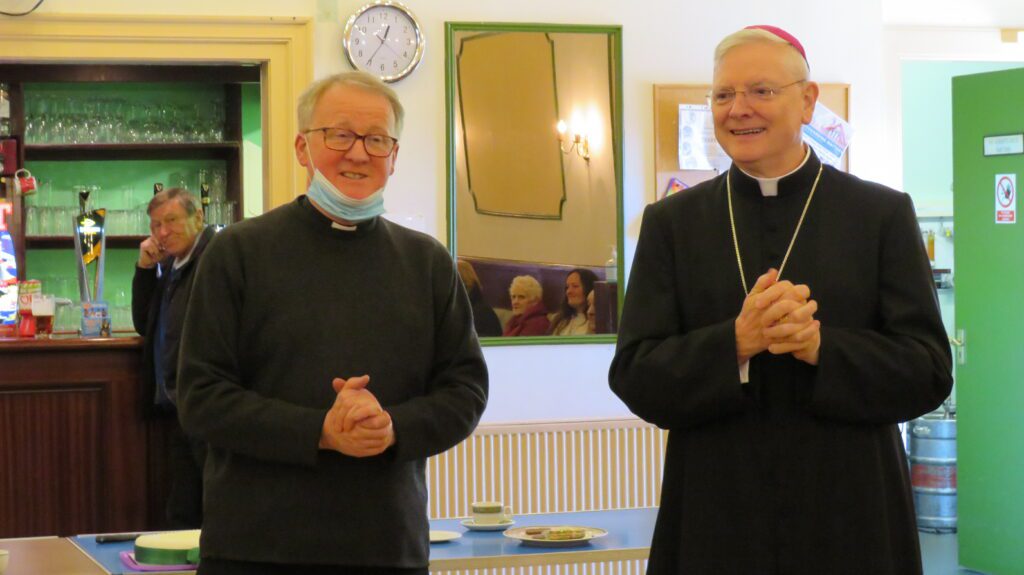