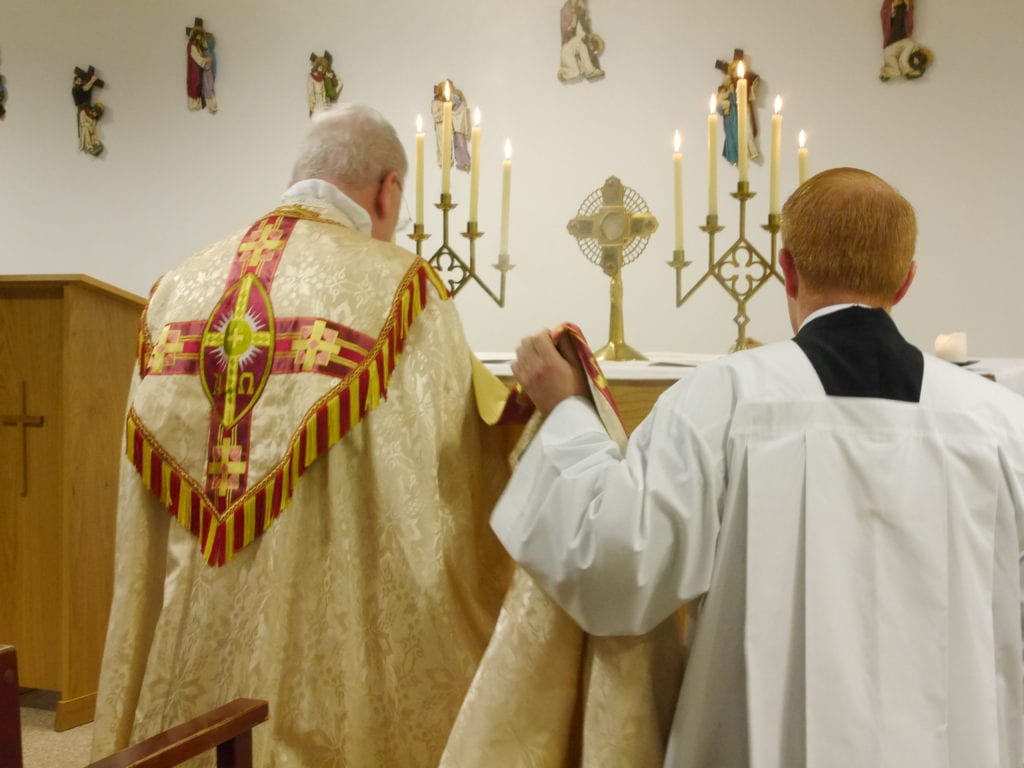 Thank you to Edinburgh's teachers

Teachers from across Edinburgh’s Catholic schools gathered last night, 5 December, at the city’s St Augustine’s High to pray together in thanksgiving for the great good achieved by Catholic schools since being incorporated into the state system 100 years ago.

“Thank you to all those who braved the terrible weather to attend last night’s event at St Augustine’s High,” said Eileen Rafferty, Religious Education Advisor for the Archdiocese of St Andrews & Edinburgh.

“To recite Vespers together followed by Benediction of the Blessed Sacrament made for a very prayerful evening for all the those present.”

“Thank you also to Archbishop Cushley for leading us in prayer and for inspiring us with his homily, and to St Augustine’s Headteacher, Michael McGee, for hosting the event in such a generous fashion.”

Last night’s gathering was the latest event in the 7-week tour of the Archdiocese by the icon of Jesus the Teacher, specially created to mark the centenary of Scotland’s Catholic schools being incorporated into the state system.

The icon was created by Coatbridge-based artist Bernadette Reilly and was commissioned by the Scottish Catholic Education Service. 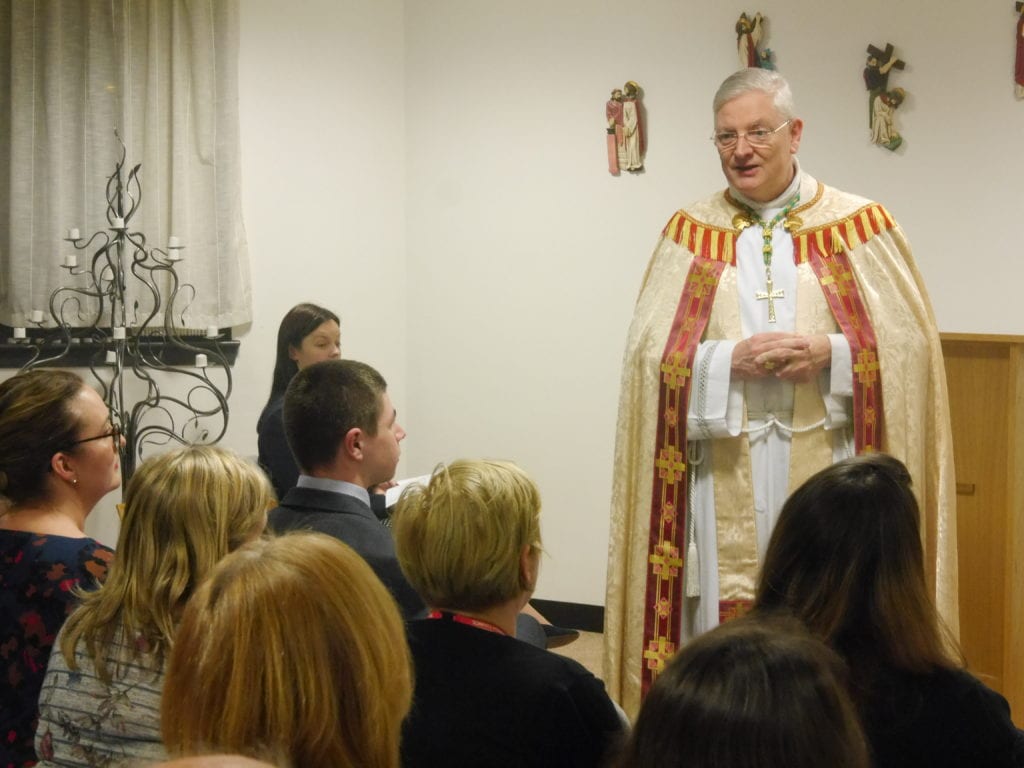 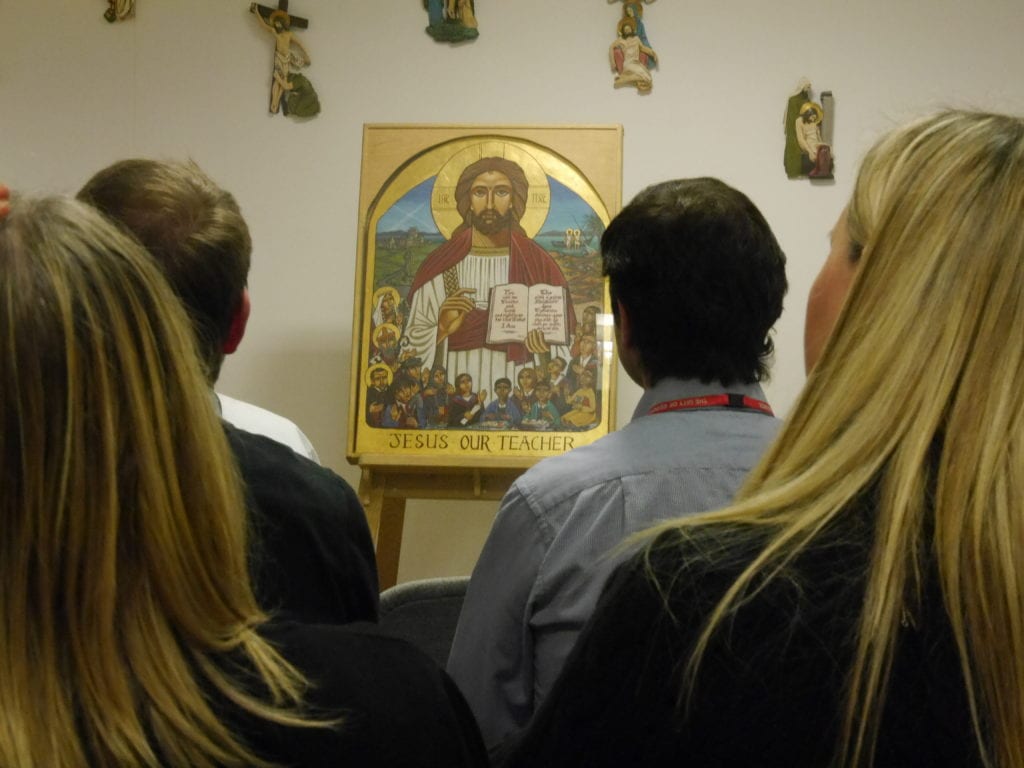 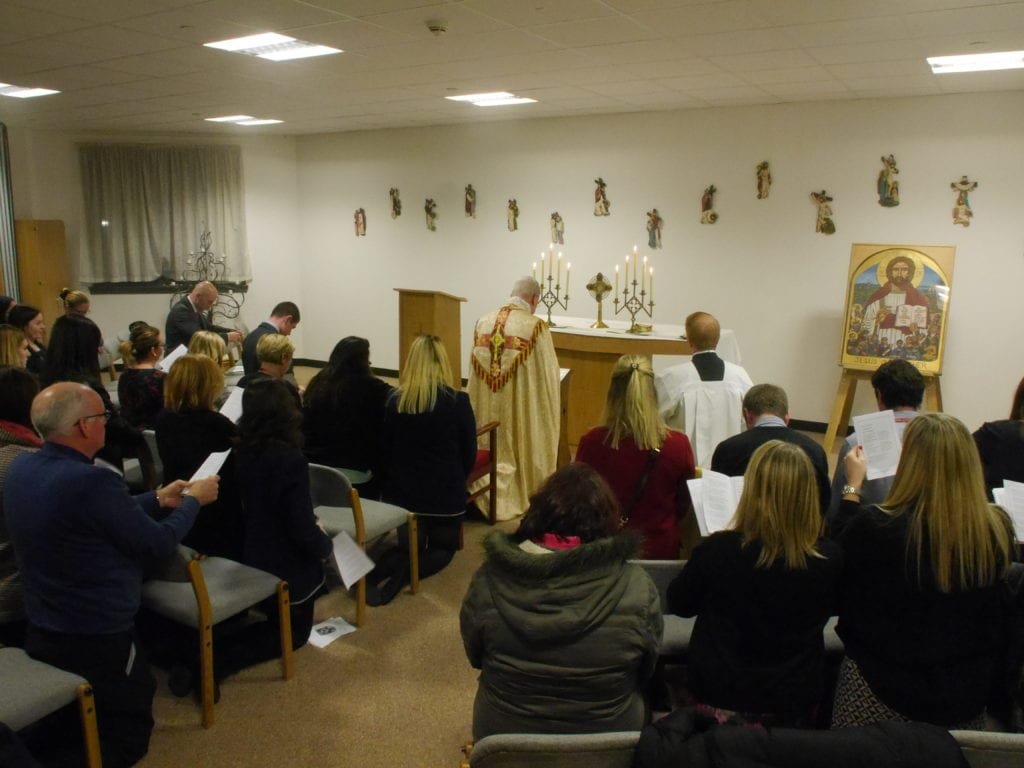 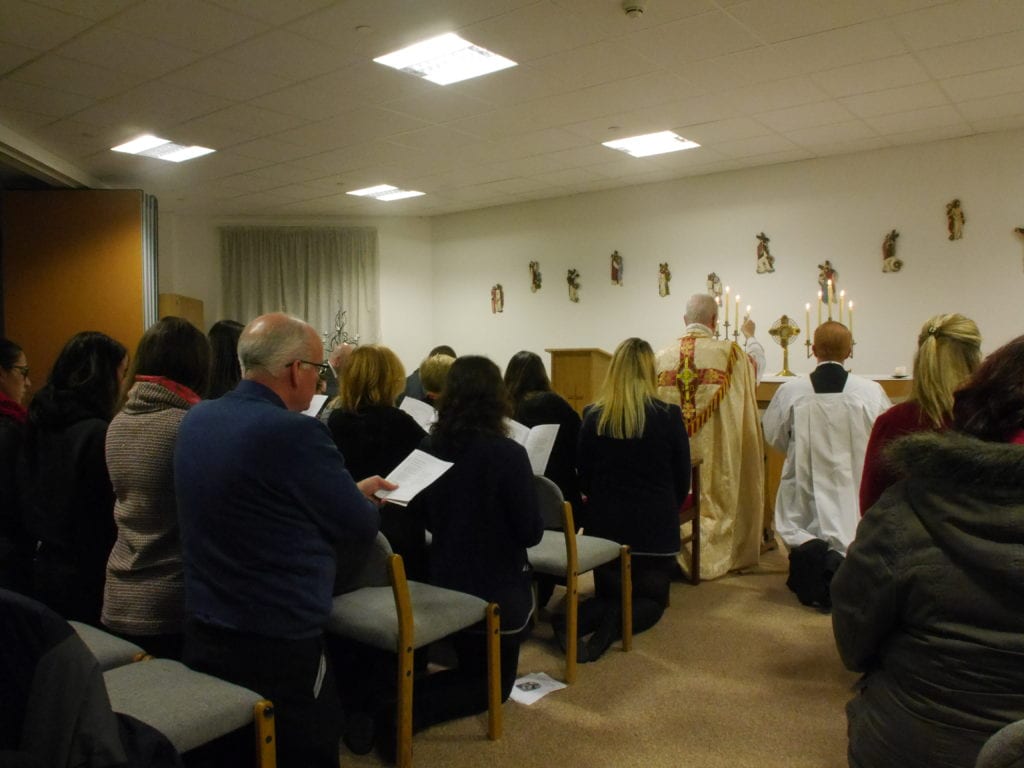 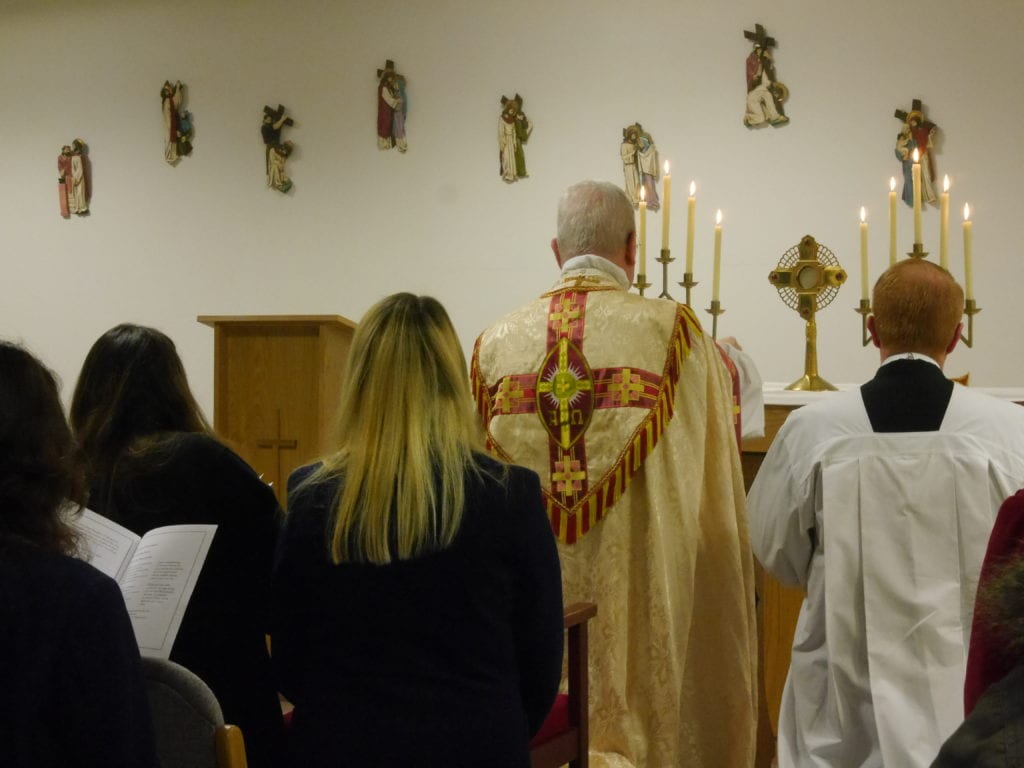 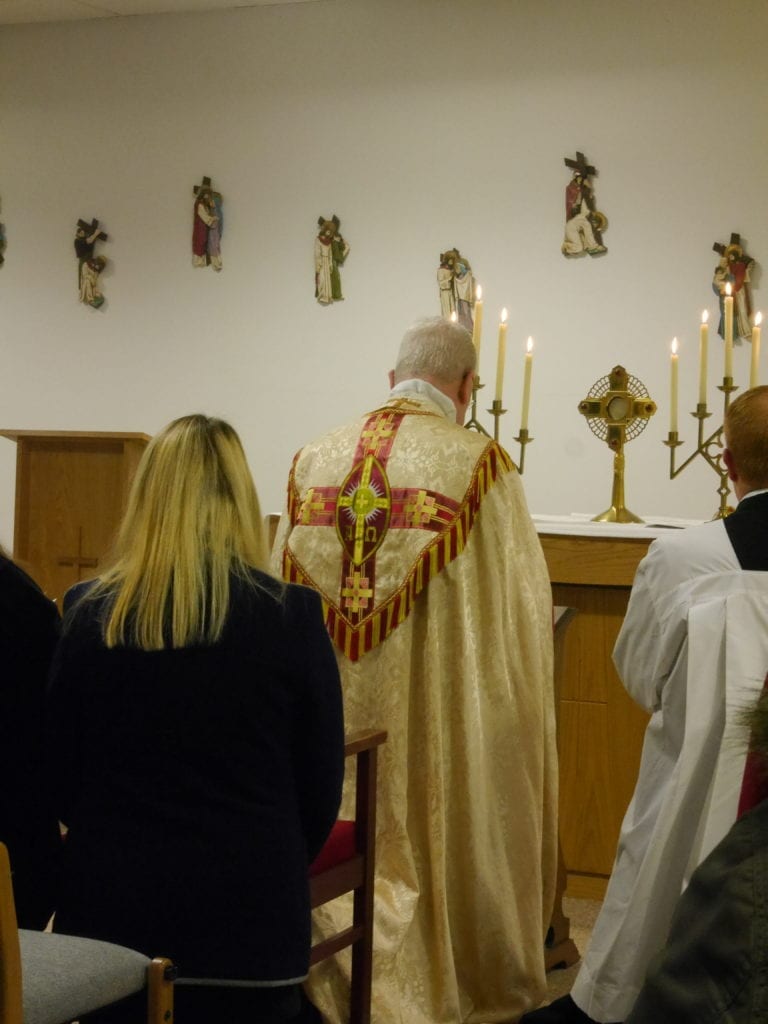 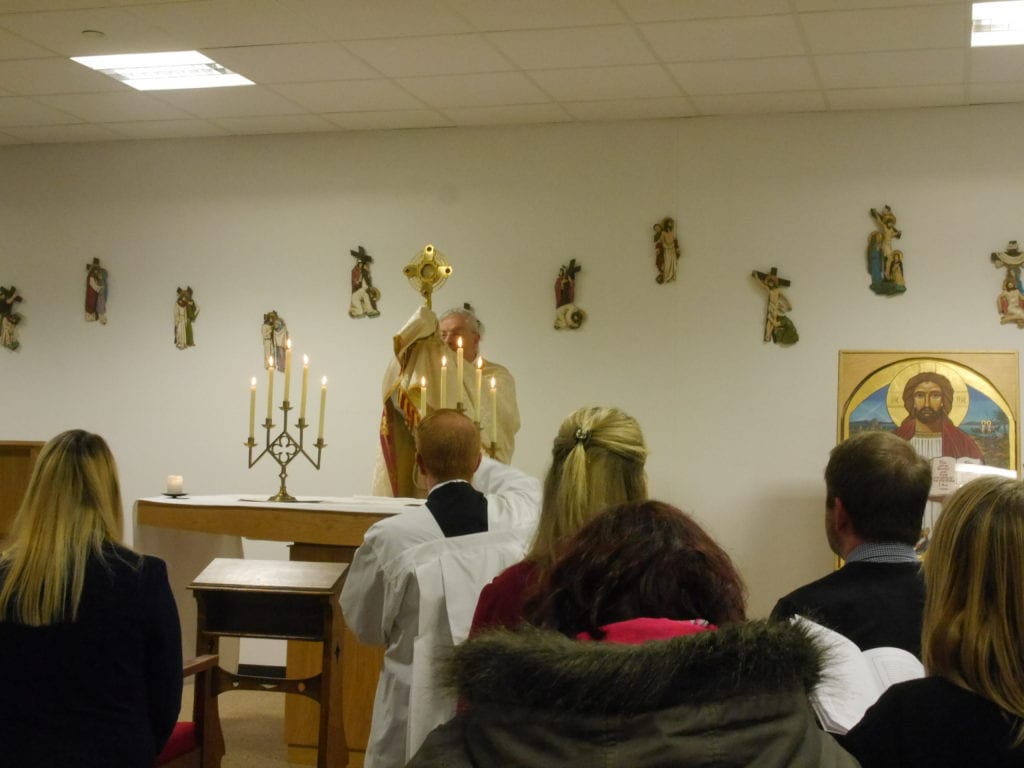 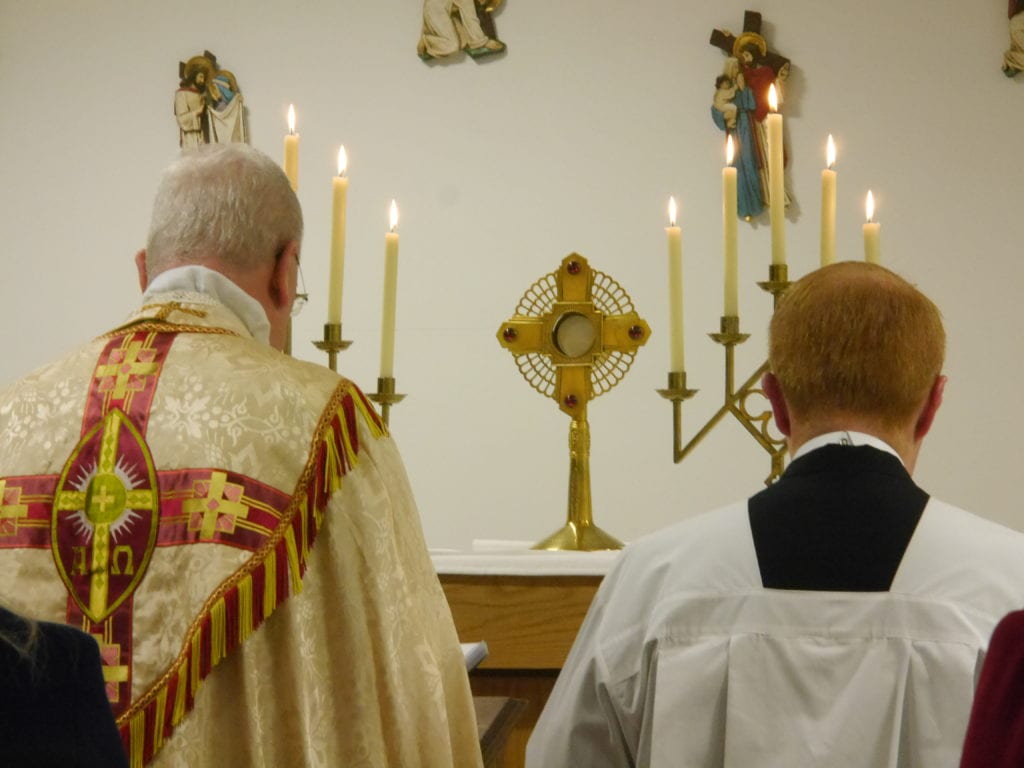