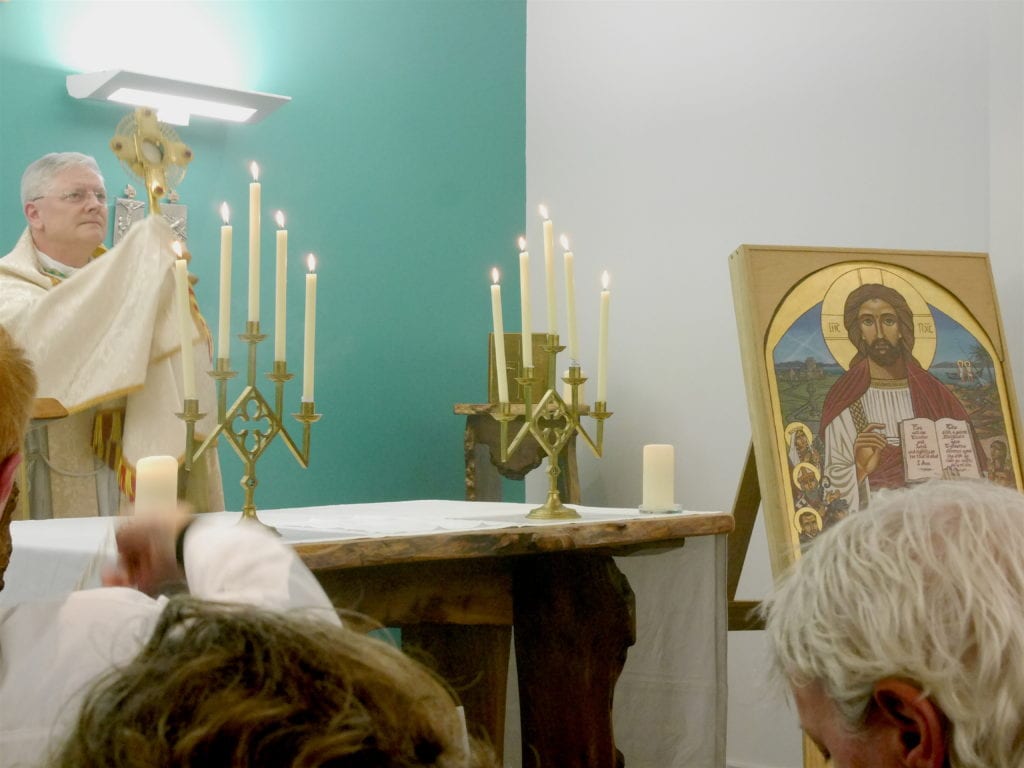 Wednesday 28 November saw many of the teachers from West Lothian’s Catholic schools gather at St Kentigern’s Academy in Blackburn for Vespers and Benediction, marking the 100th anniversary of Scotland’s Catholic schools being incorporated into the state sector.

“What a beautiful, prayerful way to give thanks to Almighty God for all the good that has been achieved by Catholic schools over the past century,” said event organiser, Eileen Rafferty, ReligiousEducation Advisor to the Archdiocese of St Andrews & Edinburgh, 28 November.

“It was also wonderful to have the icon of Jesus Our Teacher present as it directs us, as all icons do, towards the person of Jesus Christ who was, of course, truly present with us in the Blessed Sacrament.”

Vespers – the Evening Prayer of the Church – were led by Deacon Ronnie Macaulay of St Barbara’s parish in West Lothian. Archbishop Leo Cushley gave a short homily during which thanked the teachers of West Lothian’s Catholic schools for their daily endeavour and faithfulness to Christ. The Archbishop also led Benediction of the Blessed Sacrament. The evening then concluded with a celebratory buffet prepared by St Kentigern’s Food Technology students.

The Icon of Jesus Our Teacher is currently on a 7-week tour of the Archdiocese of St Andrews & Edinburgh. The icon will tour both parishes and schools across the Archdiocese. The next visit to schools will be:

The icon was created by Coatbridge-based artist Bernadette Reilly and was commissioned by the Scottish Catholic Education Service. Over the course of this centenary year, the icon has been touring the eight dioceses of Scotland with St Andrews & Edinburgh being its final destination. In the weeks ahead it will provide a focal point for prayers of thanksgiving. 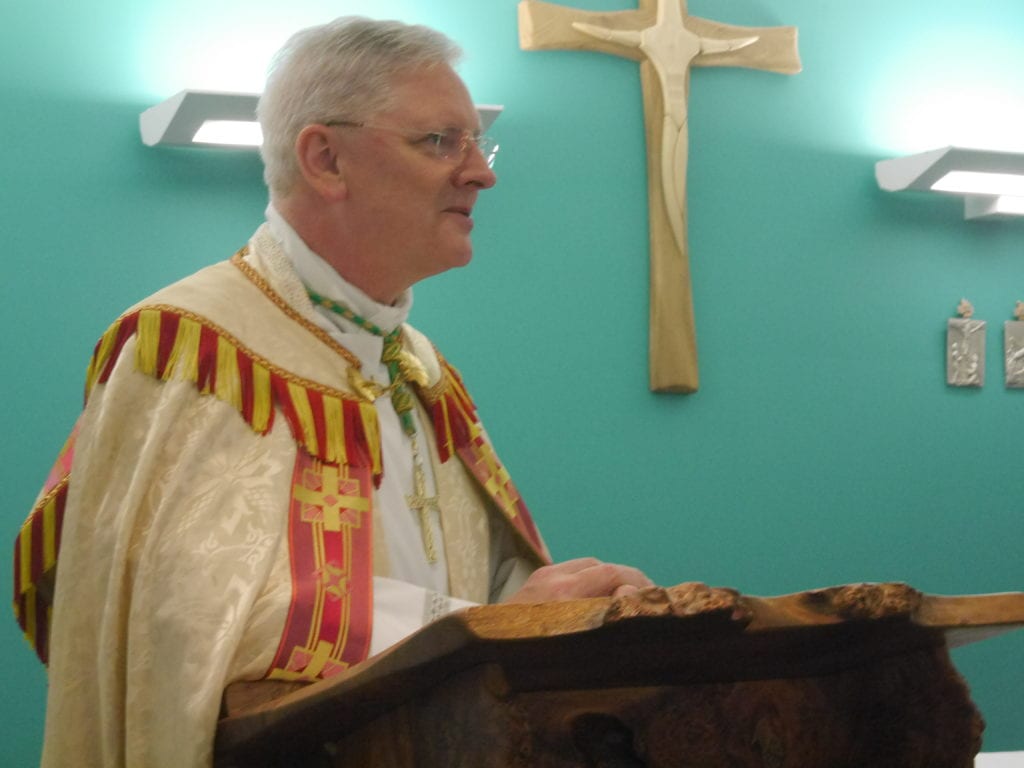 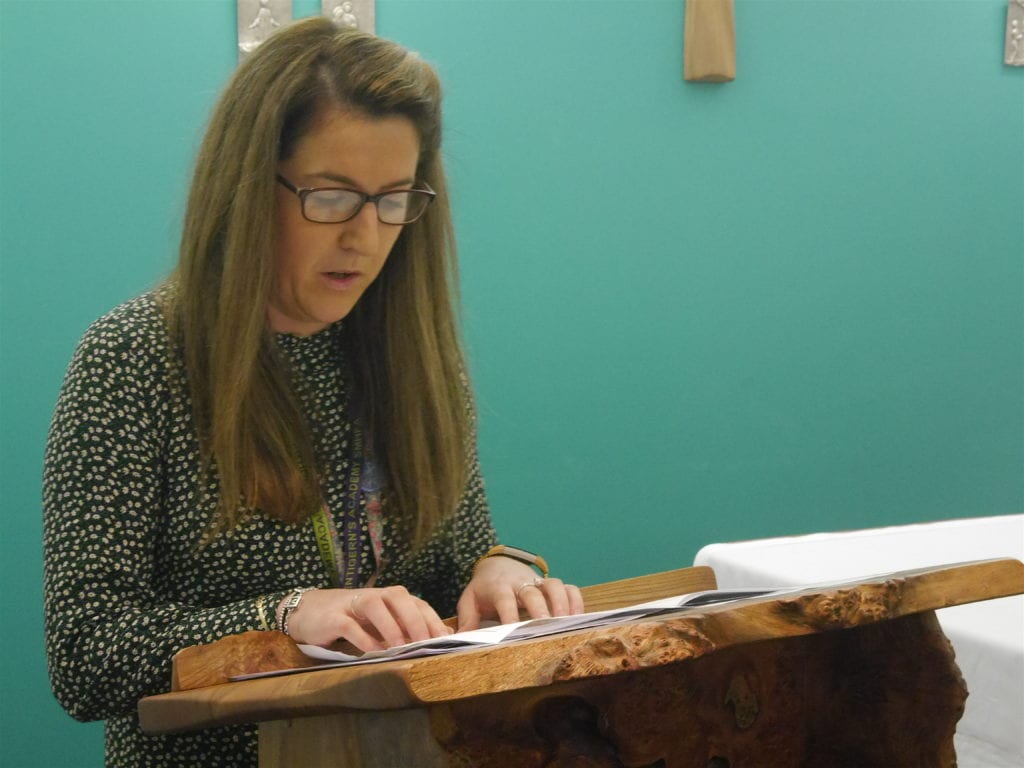 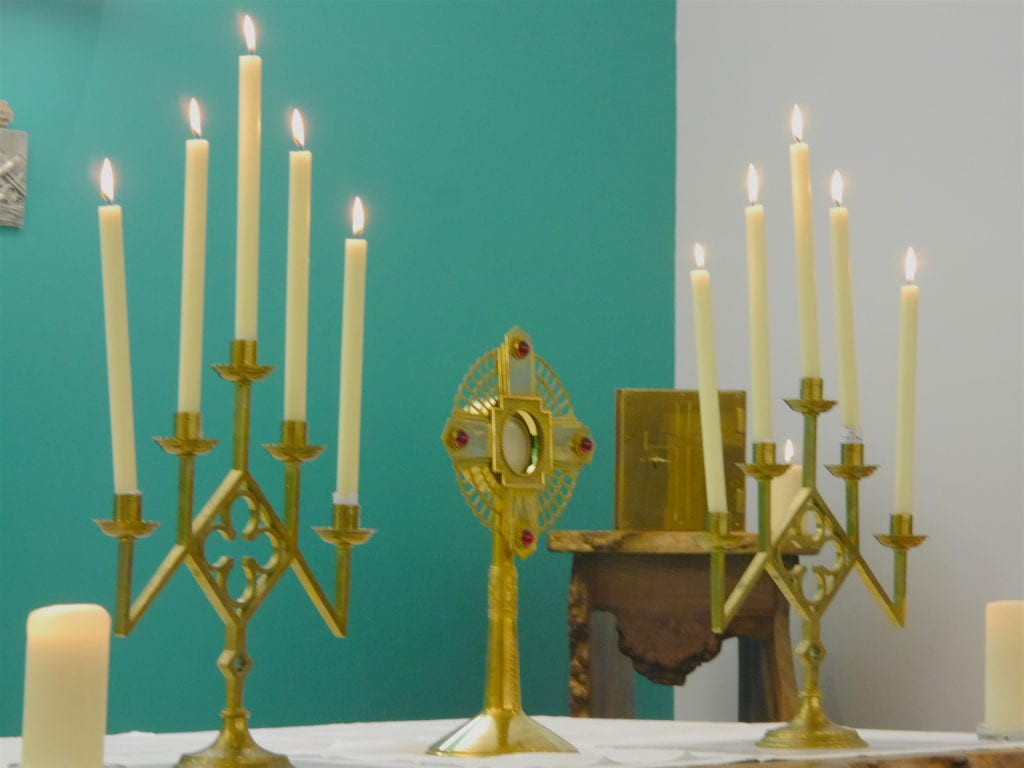 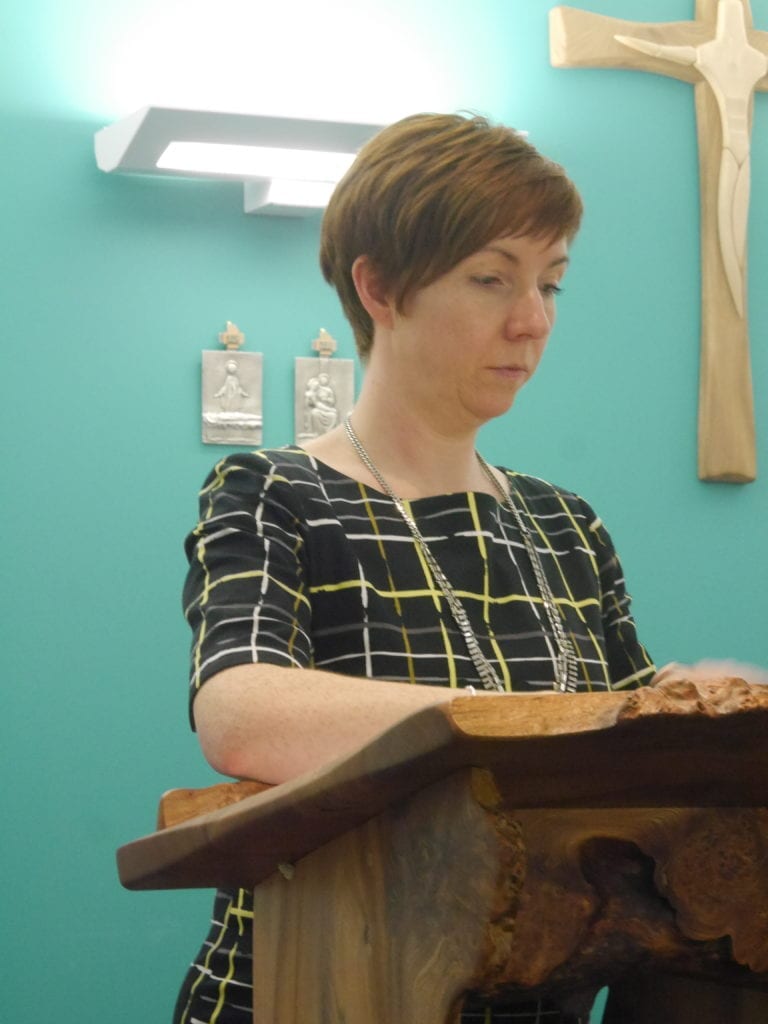 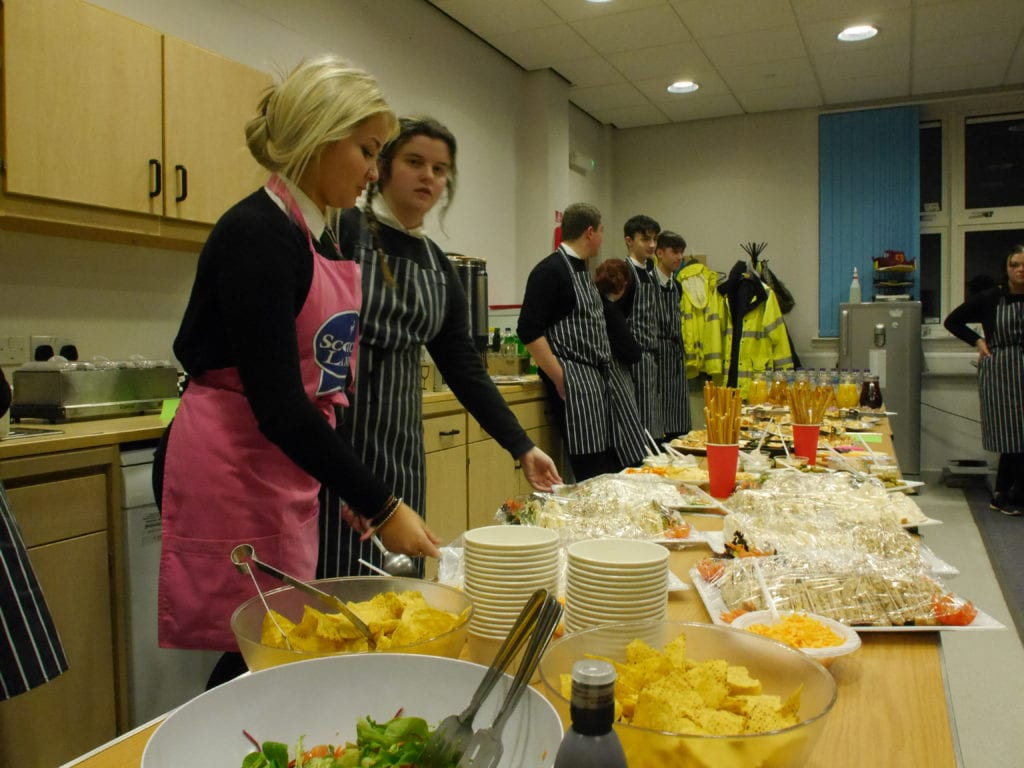 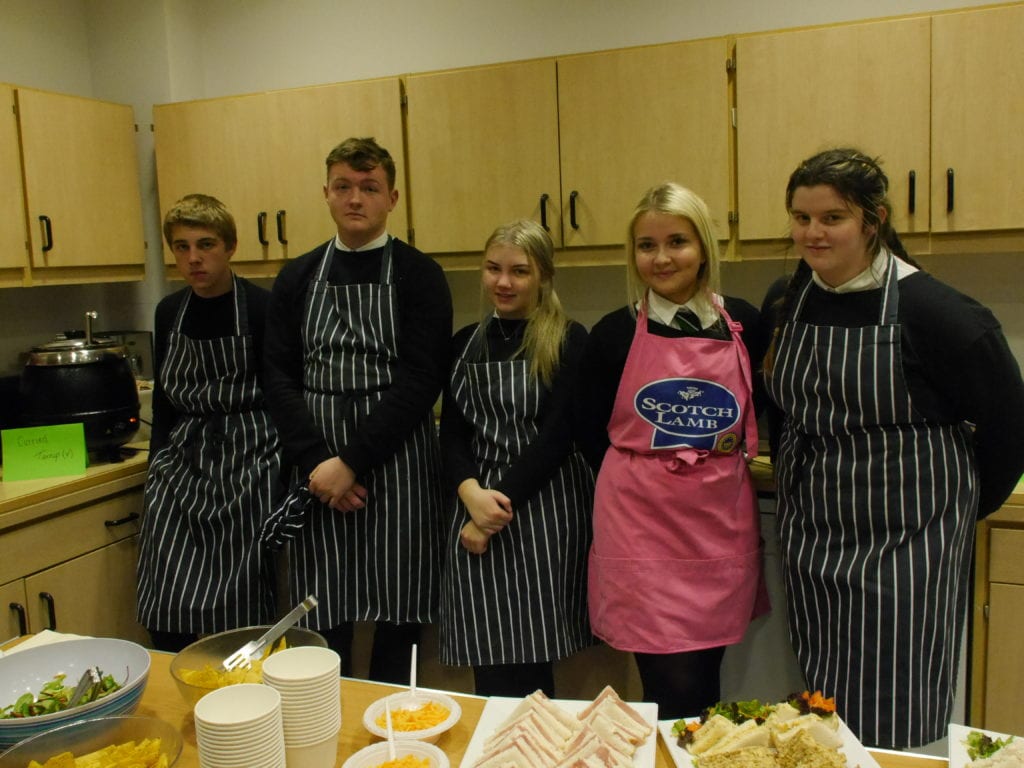 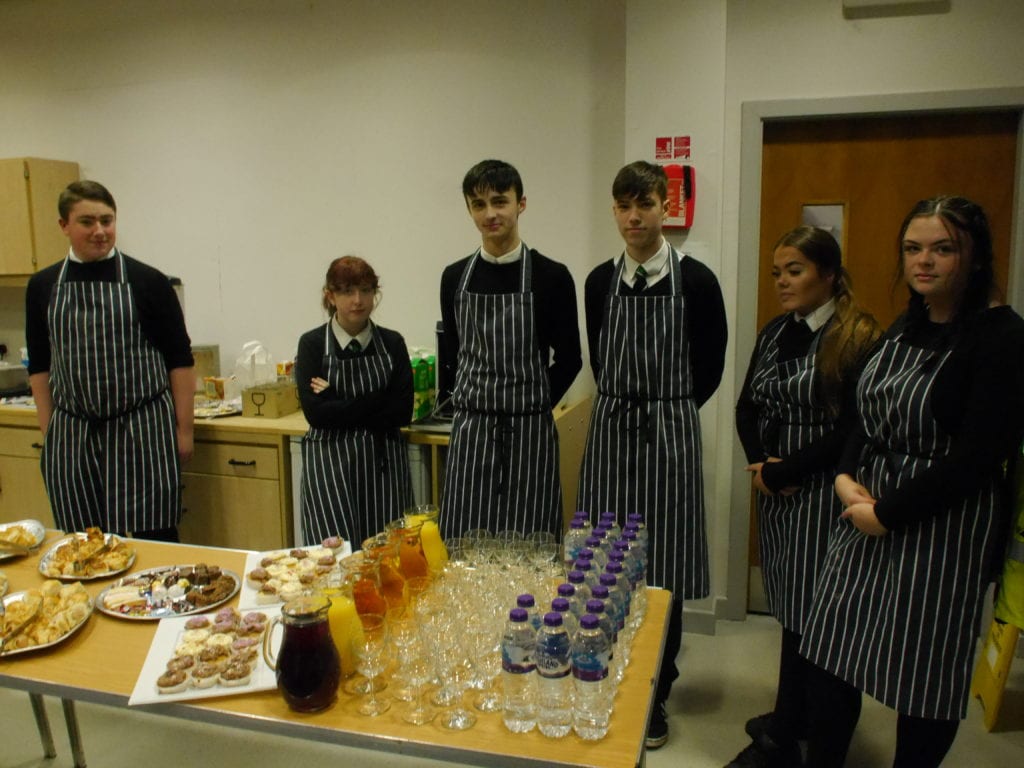