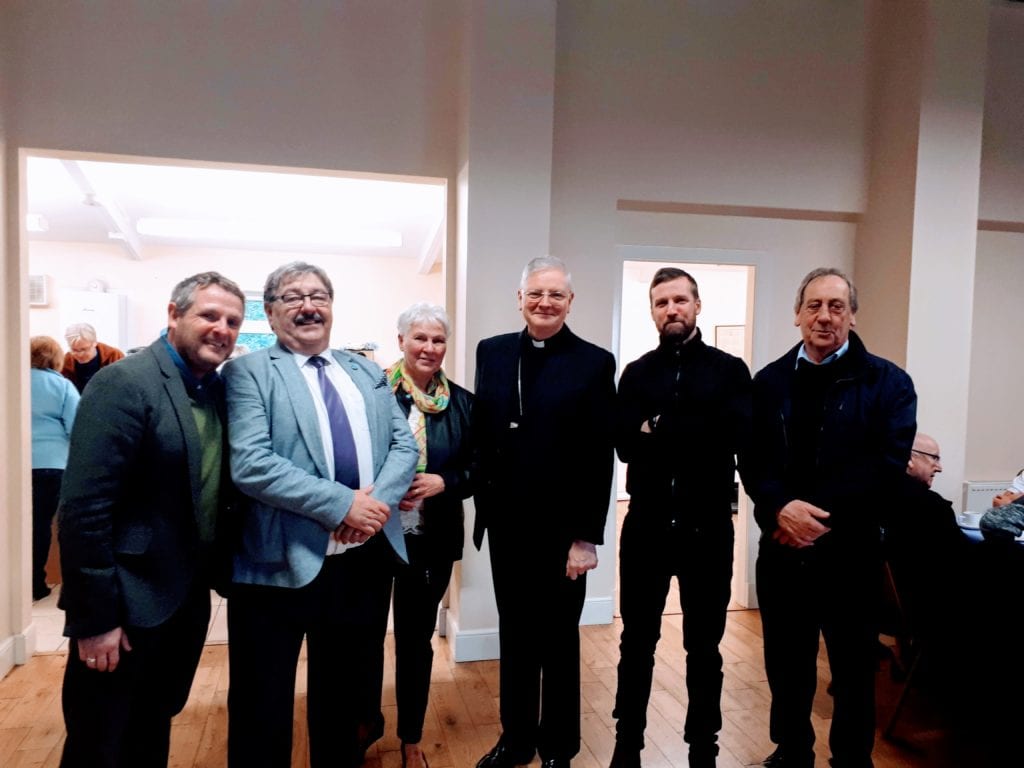 SSVP: The Mercy of God Made Manifest

“The work of the Society of St Vincent de Paul is nothing short of the mercy of the God made manifest in the villages, towns and cities of the Archdiocese of St Andrews & Edinburgh,” said Archbishop Leo Cushley, 21 November.

“I congratulate all the members of the SSVP for all they have achieved in the past year and would commend membership of the Society to anybody who feels called to serve the poorest and most marginalised in their local communities.”

The Society of St Vincent de Paul is a worldwide confederation of national charities with about 750,000 members. Membership is open to men and women, young and old.

The Society came to Scotland in 1845, only twelve years after the very first Conference was founded by Blessed Frederic Ozanam in Paris. The distinctive feature of the Society is person to person contact.

On Saturday 17 November, the Society held it’s annual Archdiocesan get together held at St Michael’s in Linlithgow. Holy Mass was offered by Archbishop Cushley with Canon Paul Kelly, Parish Priest, and Father Basil Clark, Vicar Episcopal for Caritas, Justice & Peace, both concelebrating. They were assisted by Deacon Ronnie Macauley with Father Kevin Dow as Master of Ceremonies. After the Mass there was the veneration of a relic of Blessed Frederic Ozanam followed by a celebratory buffet in the church hall.

“The Mass was well attended, as it was the last time we held our annual event at Saint Michael's five years ago,” said the Society’s President within the Archdiocese, Richard Steinbach.

“Everyone enjoyed themselves and had a great spiritual experience with Archbishop Cushley going around everyone and speaking to them at length after Mass, despite having another Mass to attend later that day!”