In the 4th century, a Greek monk named St Regulus was told in a dream to take the bones of St Andrew the Apostle to the “ends of the earth”. This journey ultimately saw his boat washed ashore upon Scotland’s eastern coast at Kilrymont, later renamed St Andrews.

St Andrews grew to become one of Europe’s most important pilgrim destinations as well as Scotland’s ecclesiastical capital. The city’s great cathedral was consecrated on 5 July 1318 in the presence of King Robert the Bruce. The Diocese of St Andrews stretched from Aberdeenshire in the north to Berwickshire in the south. In 1472, Pope Sixtus IV raised St Andrews to the rank of archdiocese with Patrick Graham as the first archbishop. 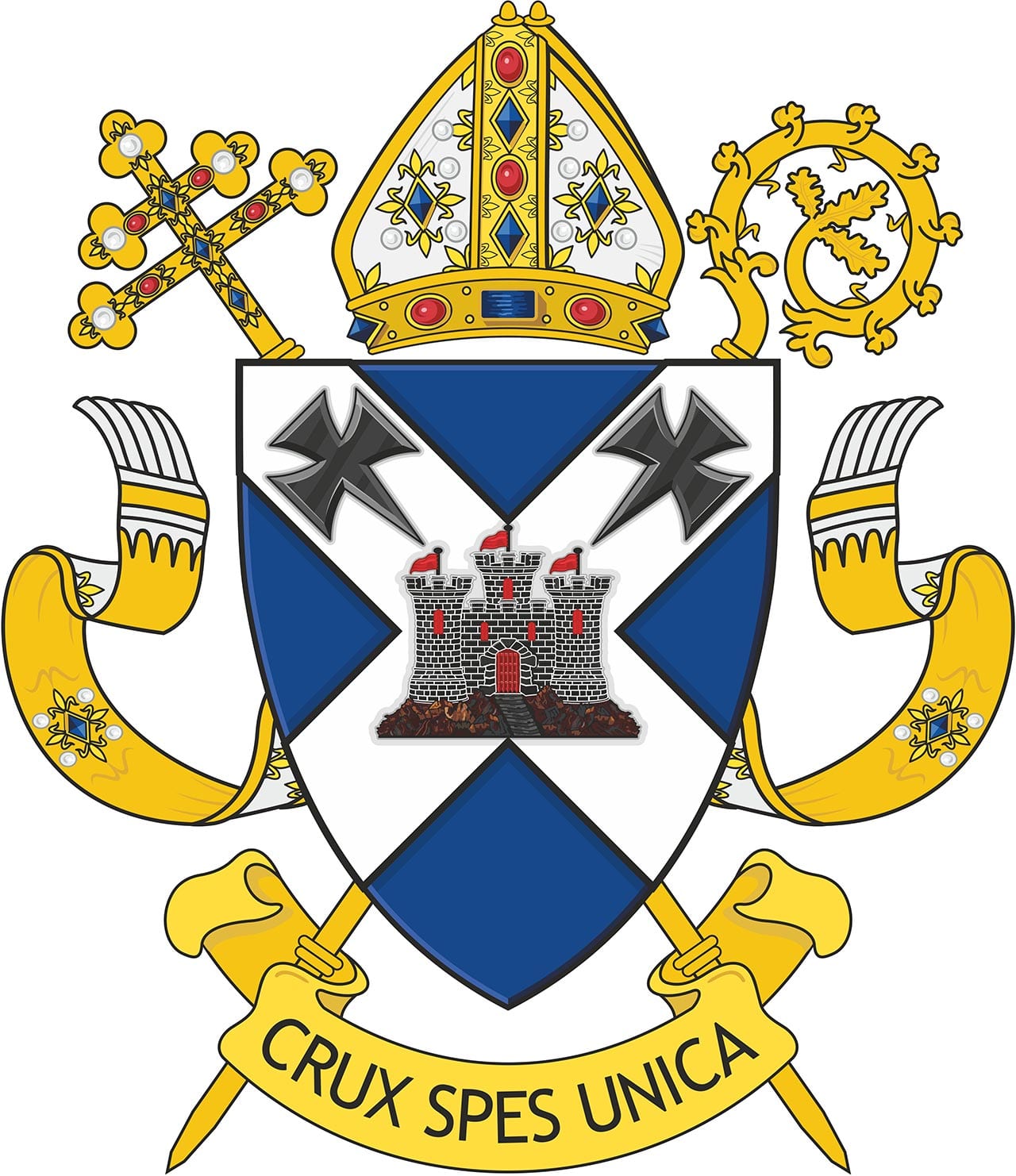 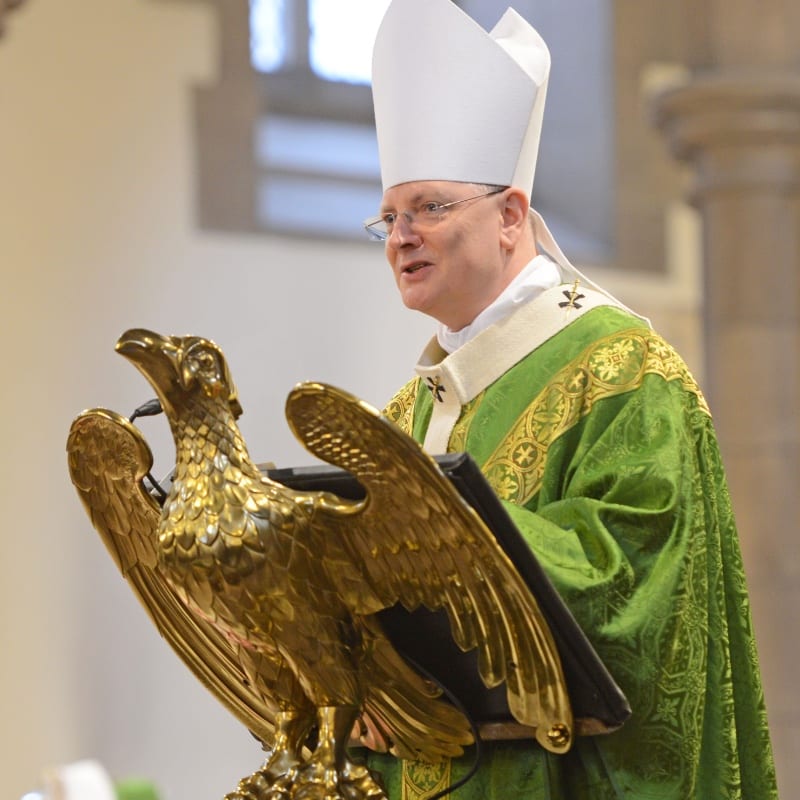 Things changed in the 16th century with the Reformation. St Andrews Cathedral was ransacked in 1559. A year later, Catholicism was outlawed in Scotland.

The auld faith, however, was never completely extinguished. The Archdiocese of St Andrews & Edinburgh was re-established in 1878. The present archbishop is the Most Reverend Leo Cushley, the 56th bishop of St Andrews. 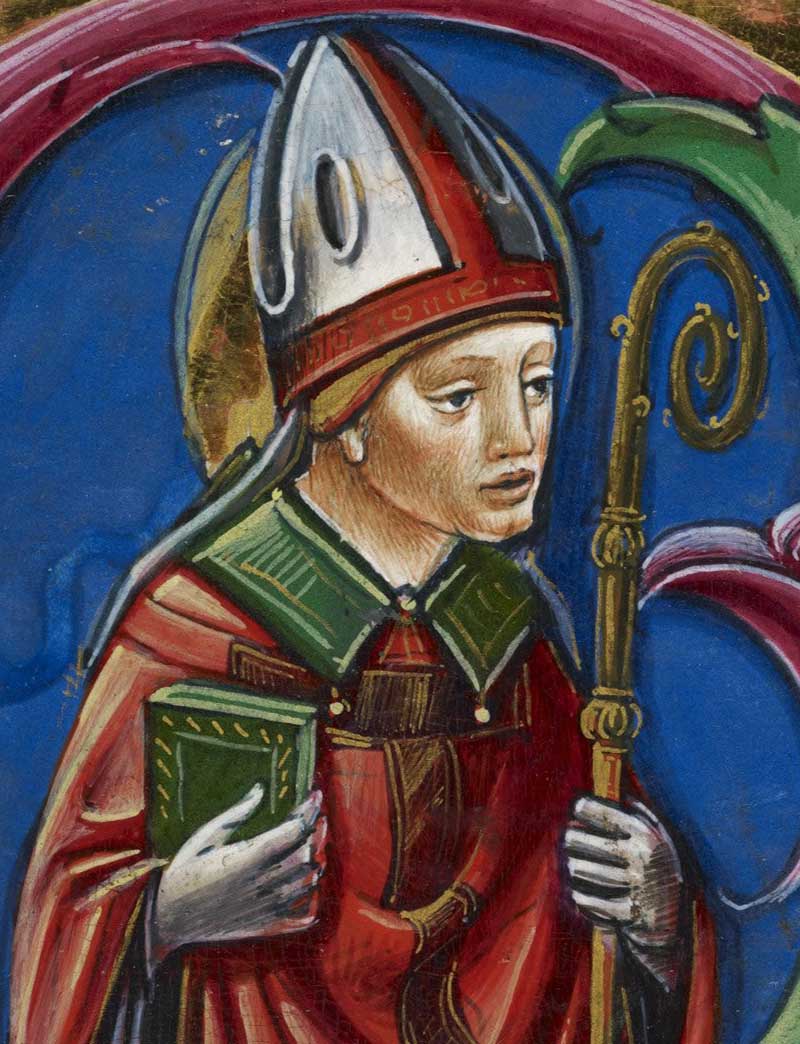 Bishop Turgot (c. 1050 - 1115) was the Prior of St Cuthbert’s Priory, Durham, before being elected the 13th Bishop of St Andrews in 1107. According to the chronicler, Symeon of Durham, he could not exercise the office “worthily” and resolved to go to Rome to appeal but was prevented by King Alexander I. Bishop Turgot’s greatest legacy was his biography of St Margaret of Scotland, written between 1100 and 1107 at the request of Margaret’s daughter, Matilda, Queen of England. Bishop Turgot died in Durham on 31 August 1115 and was buried in the chapter house of the city’s cathedral. 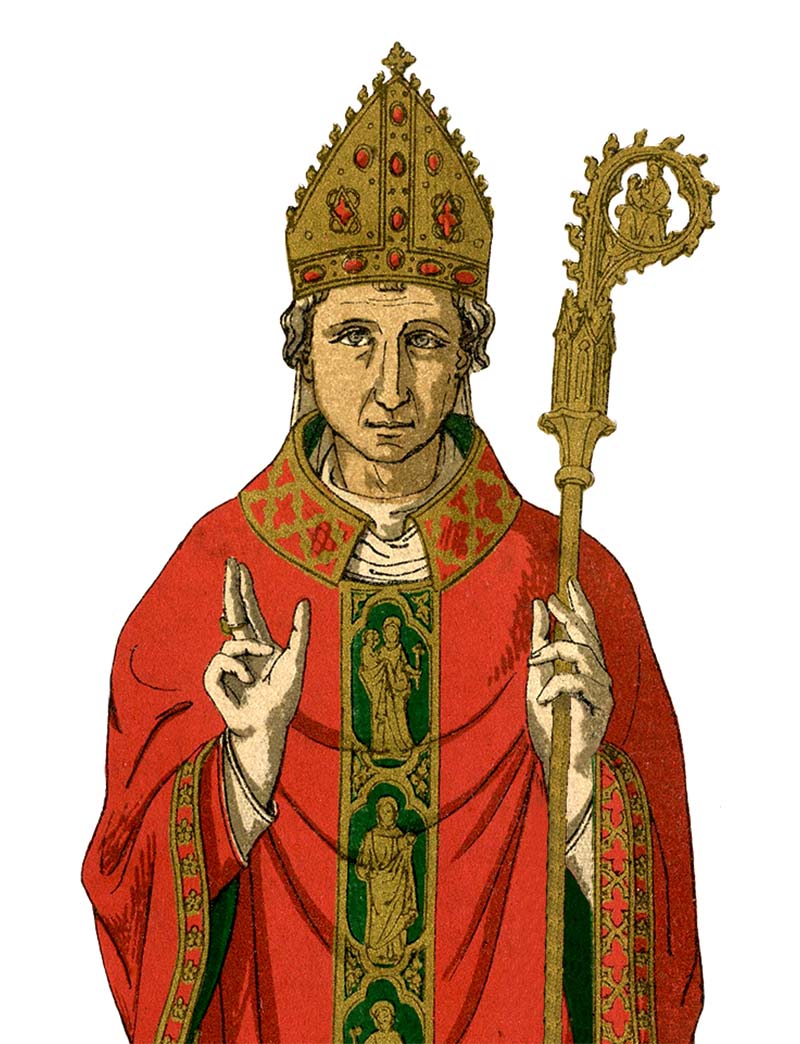 Bishop David de Bernham (c. 1200 – 1253) was consecrated as the 20th Bishop of St Andrews in 1240 and quickly set about reforming the Church in eastern Scotland. He visited and consecrated no less than 134 of the parishes of his large diocese including St Michael’s in Linlithgow, St Giles in Edinburgh, and St John’s in Perth. He is reputed to have kept strict control over the clergy, especially those in religious orders. He died in 1253 and was buried within the precincts of the Abbey of the Blessed Virgin and St John in Kelso. 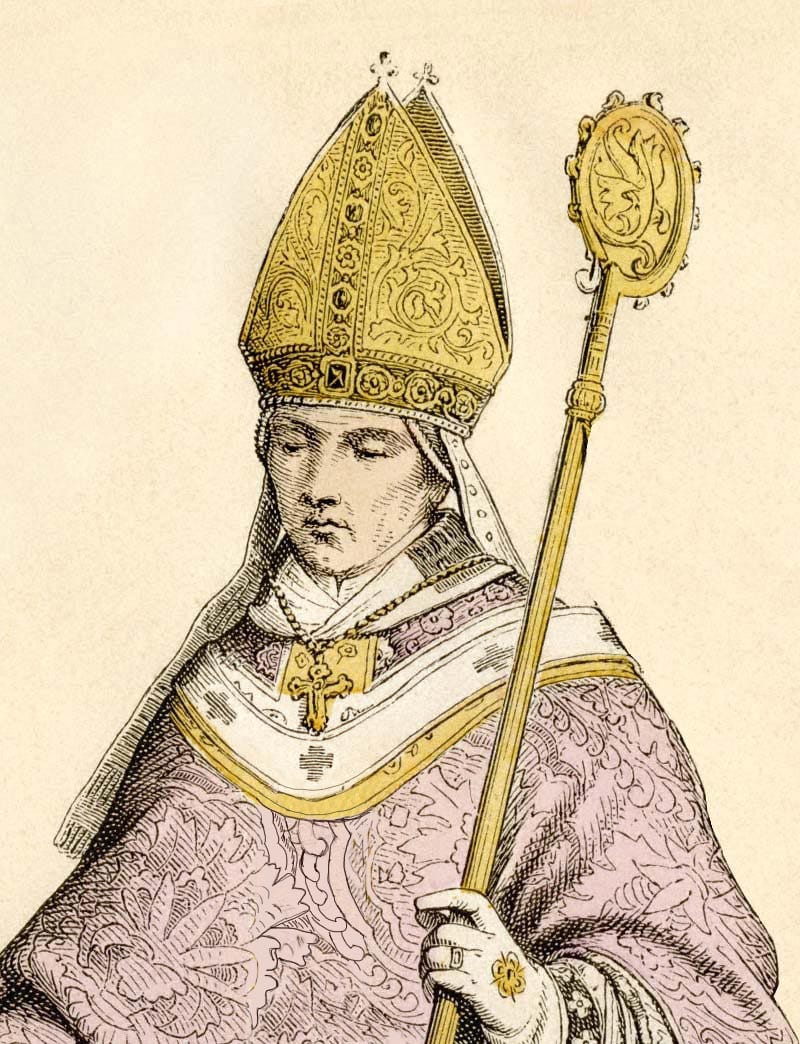 Bishop William Lamberton (d. 1398) was appointed the 25th Bishop of St Andrews in 1298 by Pope Boniface VIII. A close ally of Sir William Wallace, upon consecration Bishop Lamberton visited the continent to build support for Scottish independence in the French Court and Papal Curia. He was subsequently crucial in winning the Scottish crown for King Robert the Bruce. He died on 20 May 1328 and was buried on the north side of the high altar of St Andrews Cathedral, a building he had overseen the completion of 11 years prior. 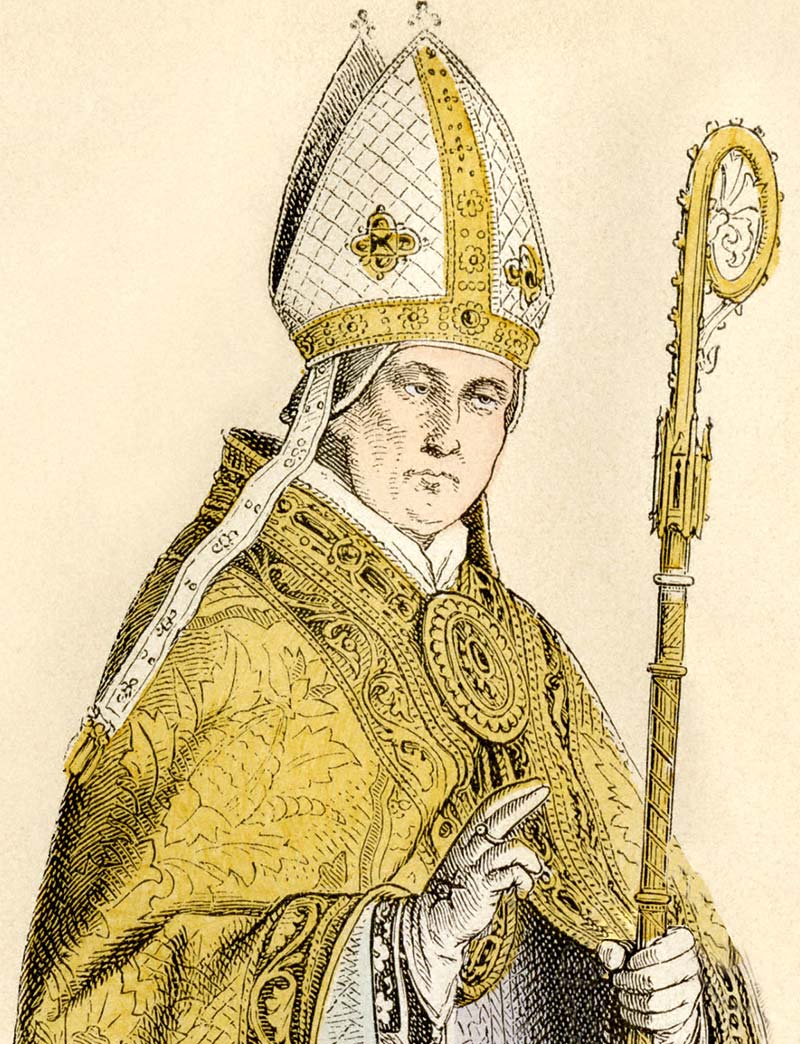 Bishop Henry Wardlaw (1356 - 1440) was consecrated as the 29th Bishop of St Andrews in 1403. Educated in Oxford and Paris, he acted as tutor to the future King James I. He also finished the work of restoring the cathedral at St Andrews which had been partly destroyed by fire in 1378. His chief legacy is the founding of the University of St Andrews, Scotland’s first university, in 1413, following approval by Pope Benedict XIII. Bishop Wardlaw died at St Andrews Castle in 1440 and was buried within his cathedral. 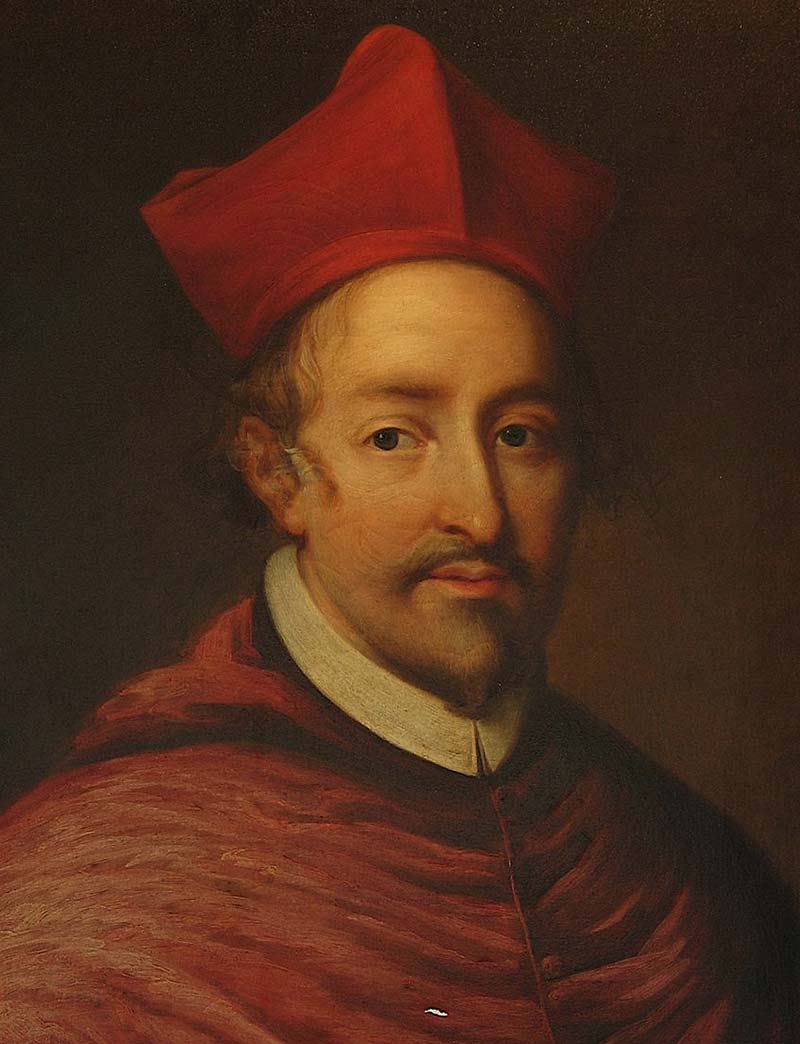 Archbishop David Cardinal Beaton (1494 – 1546) became the 38th Bishop of St Andrews in 1539 and Chancellor of Scotland in 1543. He promoted alliance with Catholic France while spurning the influence of Protestant England. He lived a dissolute private life which was viewed by many, including John Knox, as personifying ecclesiastical corruption. His execution of the Protestant preacher, George Wishart, in 1546 was the beginning of his downfall. Two months later a band of Protestant lairds dragged him from his bedchamber, stabbed him to death, and hung him from his castle window. His place of burial is unknown. 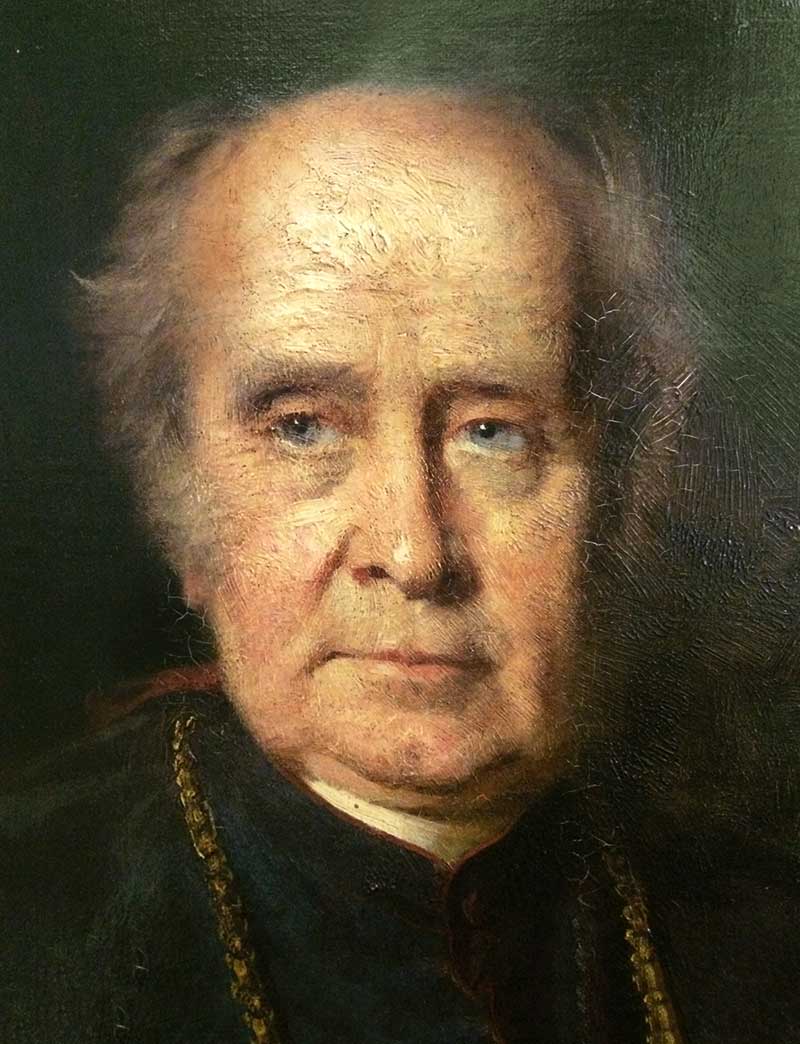 Archbishop John Menzies Strain (1810 – 1883) became the 49th Bishop of St Andrews on 15 March 1878 following Pope Leo XIII’s restoration of the Scottish hierarchy and, thus, the first archbishop of the newly styled Archdiocese of St Andrews & Edinburgh. A native of the capital, he had previously been the Vicar Apostolic of the Eastern District, being consecrated as bishop by Blessed Pope Pius IX in Rome in 1864. During his 19-year episcopate, Archbishop Strain saw the number of clergy and missions increase with many new schools opened too. He is buried in St Mary’s Metropolitan Cathedral in Edinburgh. 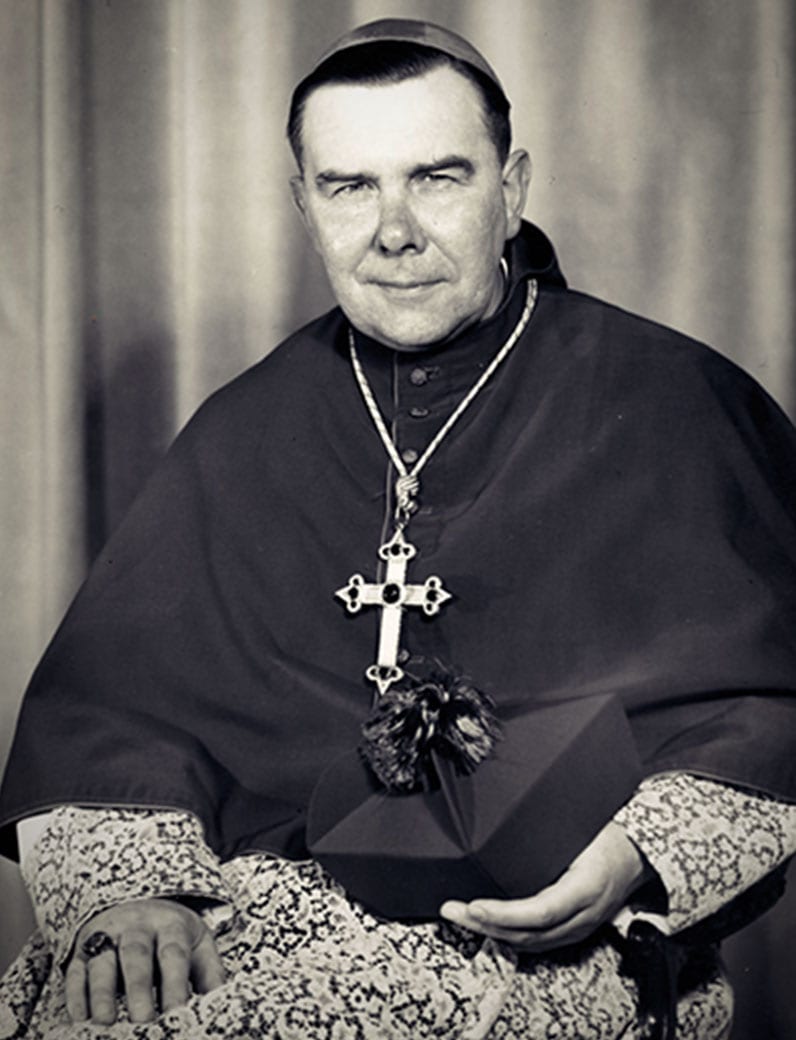 Archbishop Gordon Joseph Cardinal Gray (1910 – 1993) was the 54th Bishop of St Andrews and 6th Archbishop of St Andrews & Edinburgh. Born in Leith, he was ordained a priest in 1935 and consecrated as Archbishop in 1951. Between 1962 to 1965, he attended the Second Vatican Council. In 1969, he became the first resident Scottish cardinal since the Reformation. During Pope St John Paul II's 1982 visit to the United Kingdom, he officially welcomed His Holiness upon his arrival in Scotland. Cardinal Gray retired in 1985. He is buried in St Mary’s Metropolitan Cathedral in Edinburgh. 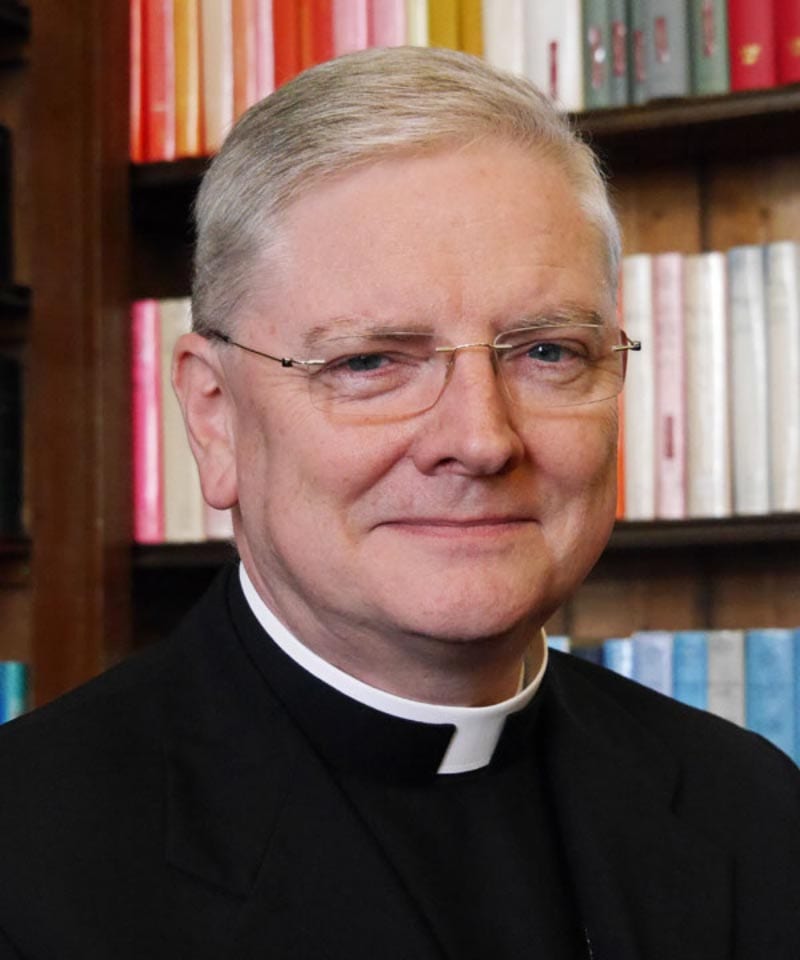 Archbishop Leo Cushley (1961 – ) is the 56th Bishop of St Andrews and 8th Archbishop of St Andrews & Edinburgh. Born in Lanarkshire, Leo Cushley was ordained a priest of the Diocese of Motherwell in 1985. In 1994 he was recruited by the Diplomatic Service of the Holy See, going on to serve in Burundi, Portugal, Southern Africa and the United Nations in New York. From 2009 until 2013, he was head of the English-language section of the Holy See’s Secretariat of State in Rome before being appointed as Archbishop of St Andrews & Edinburgh by His Holiness Pope Francis in 2013. For a full biography, click here.

Always and everywhere you can become a saint...

The Second Vatican Council (1962-65) issued a “universal call to holiness” stating that “all the faithful of Christ, of whatever rank or status, are called to the fullness of the Christian life” (Lumen Gentium, Chapter V). We are all called to be saints!

From St Andrew in the first century to the Venerable Margaret Sinclair in the 20th, the history of the Archdiocese of St Andrews & Edinburgh has been blessed by many holy men and women who now provide the diocese with heavenly assistance.
Learn More