Board of Trustees & Finance Committee

“Charity Trustees are the people in overall control and management of a charity…they are responsible for the charity's governance and strategy, and for making sure that the charity is administered effectively. They must account for its activities and outcomes,”
- The Office of the Scottish Charity Regulator

"The Archdiocesan Finance Committee advises the Archbishop on good financial governance. As of 1 July 2019, the Trustees are all, and the only, members of the Finance Committee, which fulfils requirements of both canon and civil law."

Canon Patrick Boylan is the parish priest of St Alexander’s in Denny and St Luke’s in Banknock, both in Stirlingshire. He is also chaplain to the Forth Valley Royal Hospital in Larbert.
A native of Broxburn in West Lothian, Canon Boylan trained for the priesthood at St Andrew’s College, Drygrange, Roxburghshire, and was ordained by Cardinal Gordon Gray in 1977. In 1984, Canon Boylan was awarded a Licence in Sacred Scripture from the Pontifical Biblical Institute in Rome before going on to teach sacred scripture over a span of 25 years at St Andrew’s College; Gillis College in Edinburgh; and Scotus College in East Dunbartonshire. In his spare time, he likes listening to classical music and is fond of amphibians. 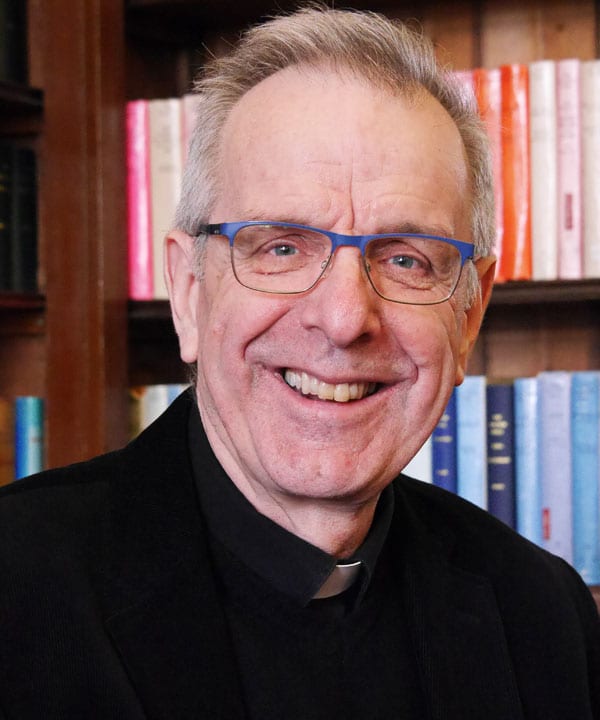 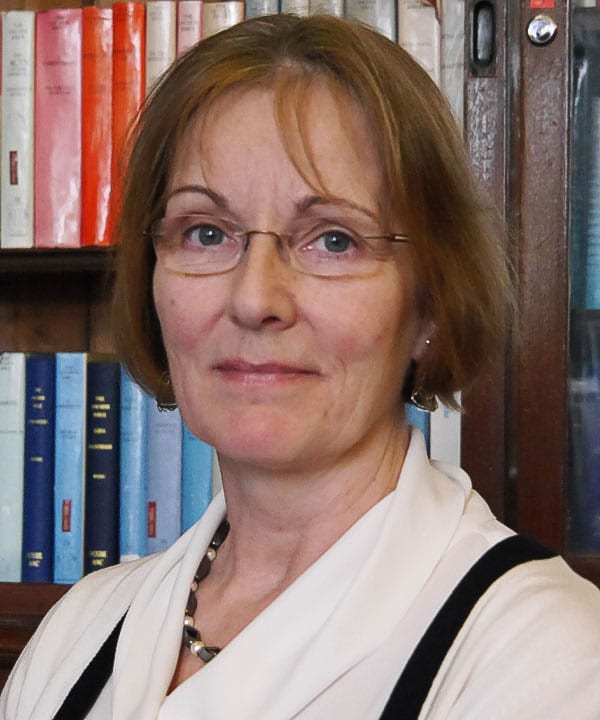 Mary Buchan brings considerable experience in governance, finance and technology to the Board of Trustees.
A graduate of Heriot-Watt University in Accountancy and Computer Science, she went on to have a 28-year-career with the Royal Bank of Scotland where she rose from the rank of graduate recruit in the technology department to the level of senior management before moving on from RBS in 2009. Since then she has devoted her time to her extended family and also to parish life in Edinburgh where she lives with her husband and two teenage children.

Monsignor Patrick Burke is the Administrator of St Mary’s Metropolitan Cathedral in Edinburgh and Vicar General of the Archdiocese. A graduate of St Andrews University, he studied for the priesthood at the Pontifical Scots College in Rome and was ordained in 1991.
He has since served in parishes in West Lothian, Fife, Stirlingshire, and Edinburgh. Monsignor Burke worked in the Vatican’s Congregation for the Doctrine of the Faith from 2005 to 2013. He has a doctorate in Dogmatic Theology. 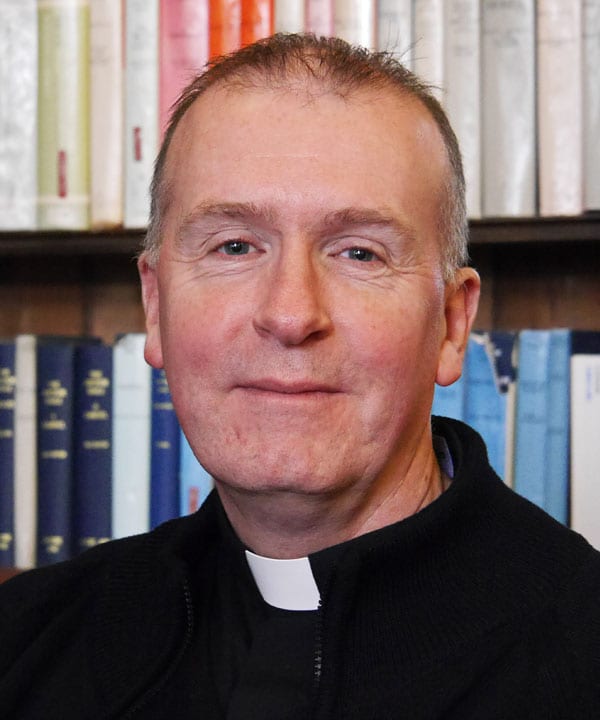 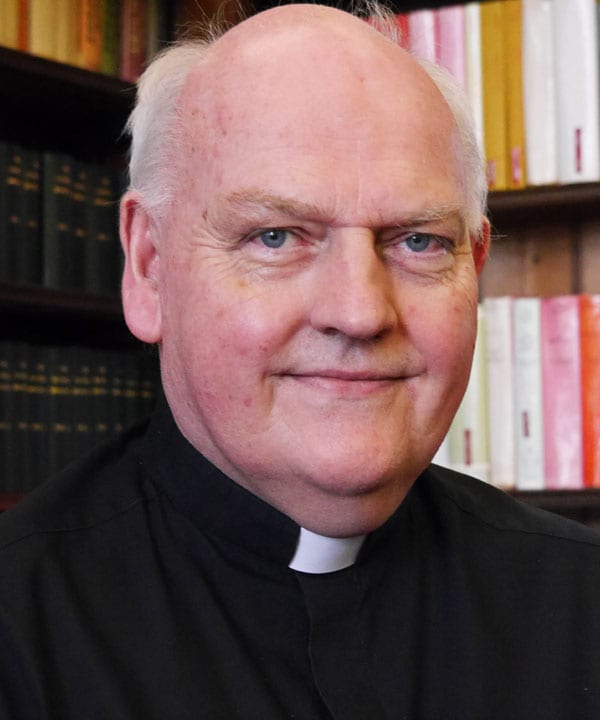 Monsignor Allan Chambers is the parish priest of St Mary’s & St Columba’s in Bathgate and Vicar General of the Archdiocese. Educated at St Andrew’s College, Drygrange, Roxburghshire, he was ordained to the priesthood in 1980.
He has since served in parishes in Edinburgh, Midlothian, and West Lothian and was a prison chaplain for 16 years. During his time in West Lothian, Monsignor Chambers has chaired the local Children’s Panel and served as a Justice of the Peace. He is also a qualified Scottish Football Association referee.

The Most Reverend Leo Cushley

The Most Reverend Leo Cushley is the Archbishop and Metropolitan of St Andrews & Edinburgh. Born in Lanarkshire, he studied for the priesthood at St Mary’s College, Blairs, Aberdeenshire and the Pontifical Scots College in Rome.
He was ordained for the Diocese of Motherwell in 1985. In 1994 he was recruited by the Diplomatic Service of the Holy See, going on to serve in Egypt, Burundi, Southern Africa, Portugal and the United Nations in New York. From 2009 until 2013, he was head of the English-language section of the Vatican’s Secretariat of State in Rome before being appointed as Archbishop of St Andrews & Edinburgh by His Holiness Pope Francis in 2013. 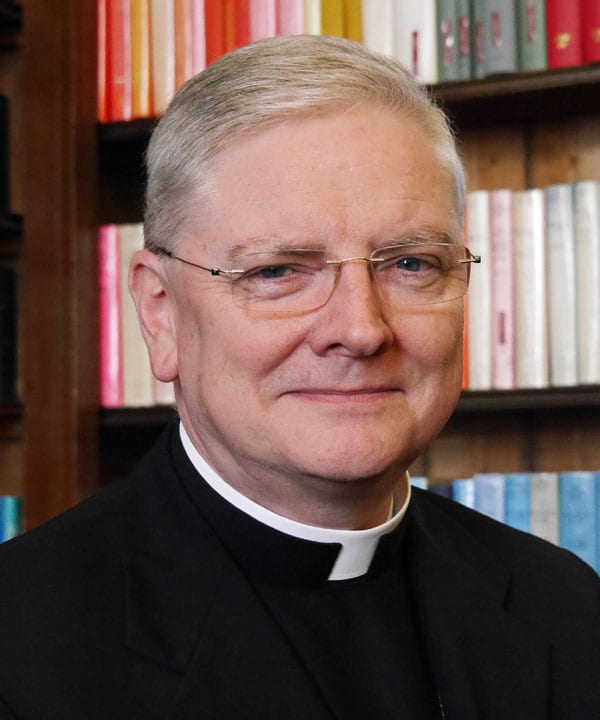 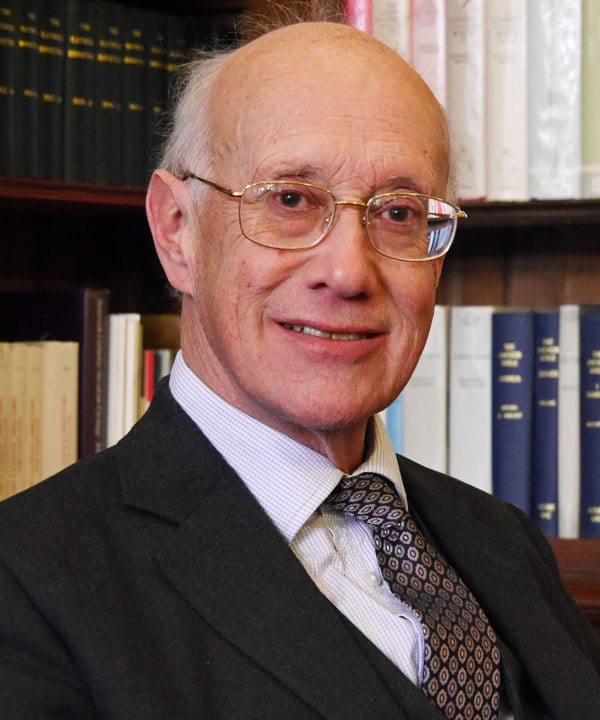 James Edward Drummond Young QC is one of Scotland’s most senior judges. A graduate of the University of Cambridge, Harvard University and the University of Edinburgh, he was admitted to the Faculty of Advocates in 1976.
He was appointed Queen’s Counsel in 1988. A Judge of the Supreme Courts since 2001, he was appointed to the Inner House in 2013. He was also Chairman of the Scottish Law Commission 2007-12. Lord Drummond Young is married with one daughter and lives in Edinburgh.

Nick Ruck Keene worked for nearly 30 years with the Crown Estate, the public body which administers estates owned by HM The Queen, in both London and Edinburgh before retiring from the post of Rural and Commercial Manager for Scotland in 2004.
Since then he has given much of his time and energy to charitable undertakings including five years as a director of Fresh Start, a charity which helps the formerly homeless set up home. He currently volunteers with Riding for the Disabled and the Edinburgh Foodbank Project. He lives in Edinburgh and is married with two stepsons. 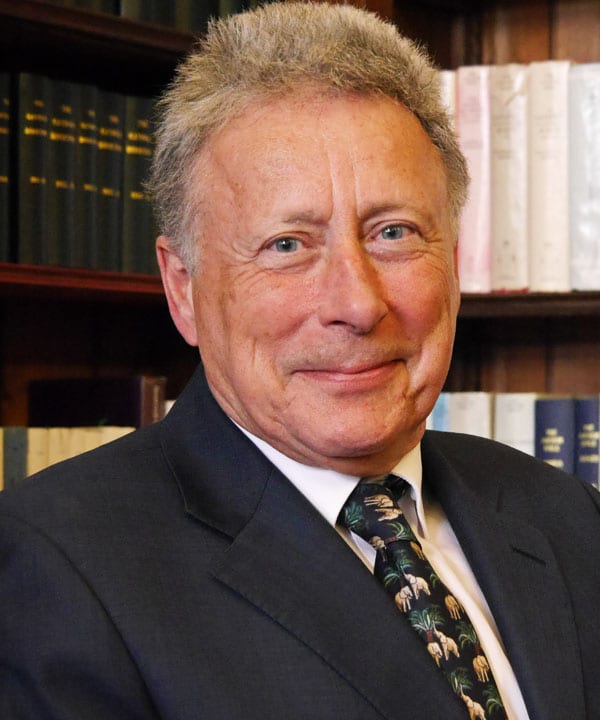 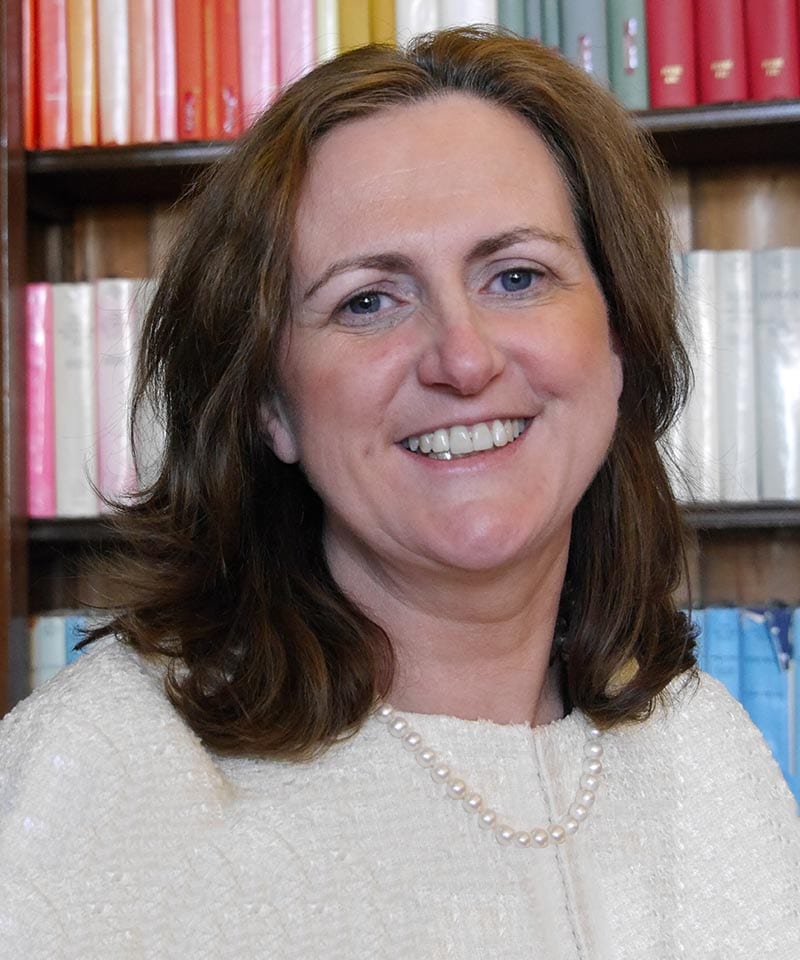 Karen is a qualified Chartered Accountant with over 25 years' financial and operational experience in the professional services environment. Having qualified with KPMG, she spent her early career with GE Capital, a global financial service provider and HBOS/Lloyds Banking Group in mainly Finance roles. Karen then spent nine years at AEGON in various strategy, transformation and finance leadership roles, laterally as Chief Financial Officer of Cofunds. Recently, she joined Clydesdale Banking Group as Group Transformation CFO.

Alastair Lamond is the Managing Director of Lamond and Murray Ltd, a Fife-based engineering firm who are one of the country’s leading sub-contract gear manufacturers.
Founded in 1919 by Alastair’s grandfather, Charles Lamond, the company has a 40-strong, high-skilled workforce. They also have a particular commitment to training school leavers as engineering apprentices. Alastair graduated in Mechanical Engineering from Edinburgh University and has a Masters’ Degree in Manufacturing Engineering from the University of Massachusetts. He lives in Fife with his wife. They have two grown up sons. 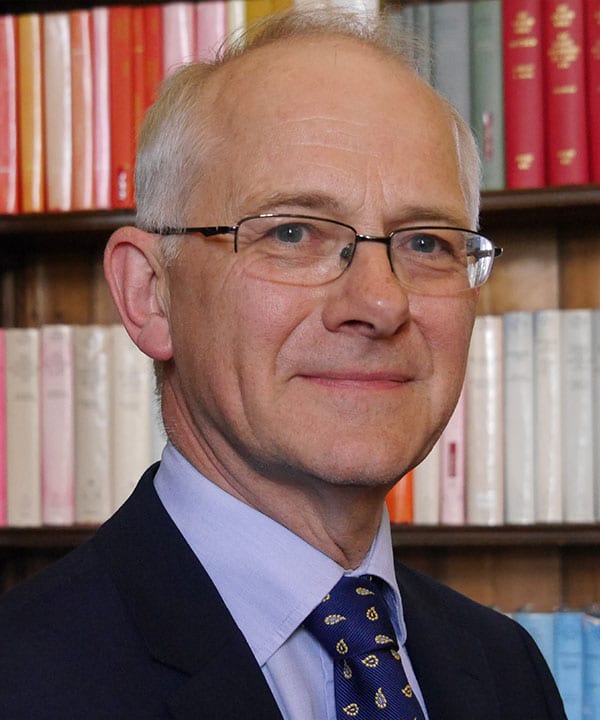 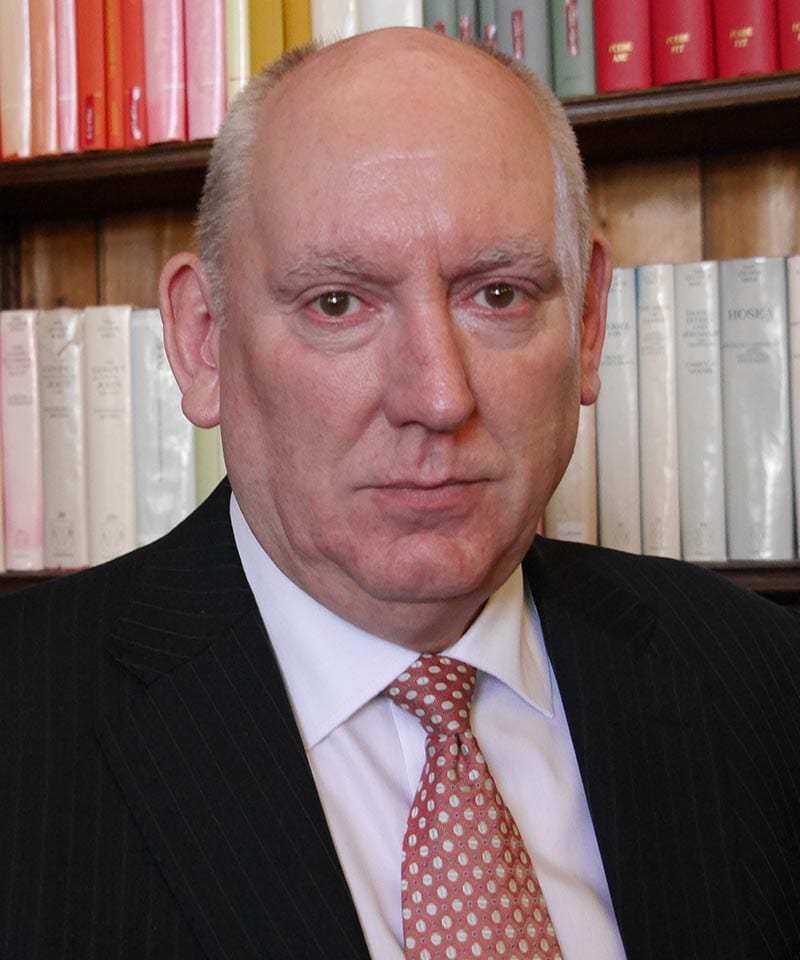 Robert McGee is a retired Chartered Banker who worked with The Royal Bank of Scotland for over 43 years.

During that time, he worked in the Branch network as a Business Manager, Corporate Operations and Business Development within the Head Office environment. Latterly he was Manager, Incident Management & Service Operations, which entailed him managing major global incidents impacting RBS.

Robert is married with one daughter and lives in Edinburgh where they are parishioners at Holy Cross in Trinity.

Andrew Milligan is an investment consultant and independent economist. From 2000-2020 he was the Head of Global Strategy at Aberdeen Standard Investments, where he was responsible for advising the Chief Executive Officer and senior fund management on global economic, financial market and political analysis. He is now an adviser to such bodies as The Health Foundation, Balmoral Asset Management, Devlin Mambo and Munix.

Andrew is a Fellow and Council Member of the Society of Professional Economists, the leading organisation serving business economists in the UK. Previous responsibilities included a Governing Board member of the Technology Strategy Board and a member of Court of Heriot-Watt University. He received an OBE in the 2015 New Year’s Honours list for services to innovation and the economy. 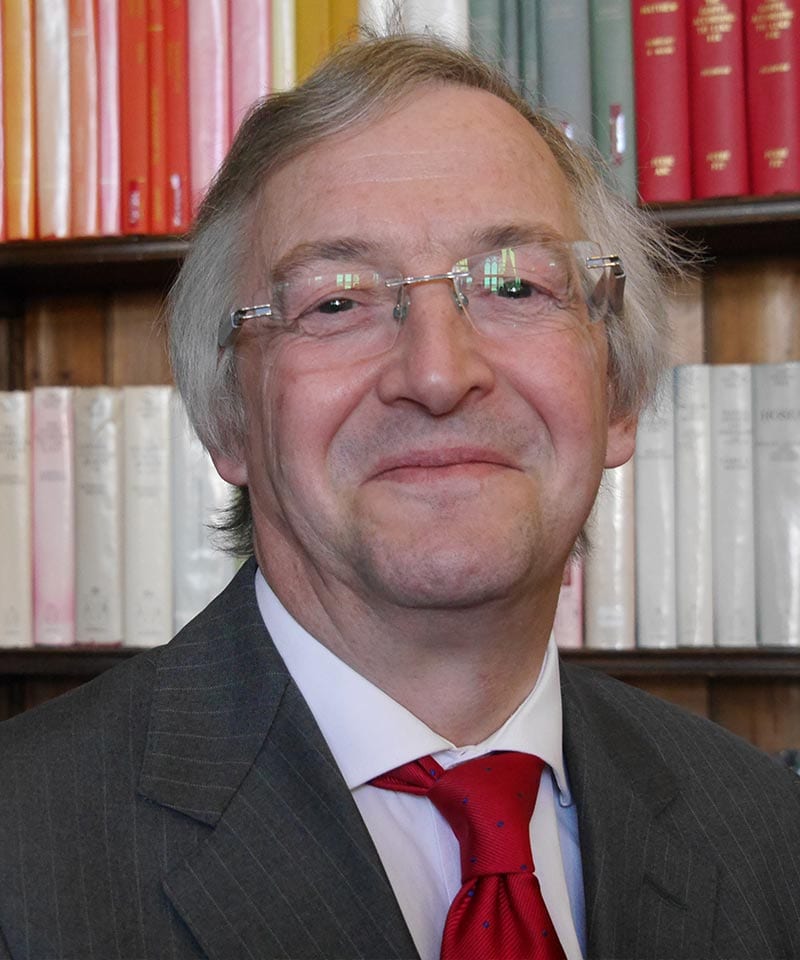