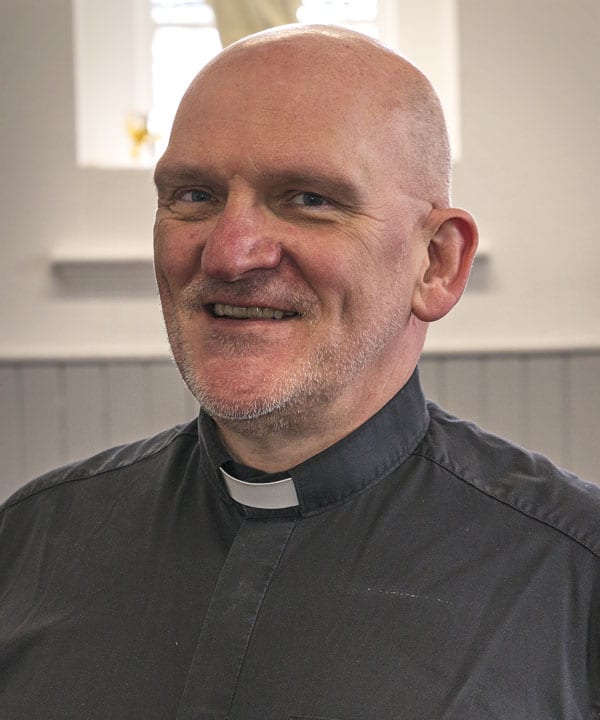 “Charity in truth, to which Jesus Christ bore witness by his earthly life and especially by his death and resurrection, is the principal driving force behind the authentic development of every person and of all humanity. Love — caritas — is an extraordinary force which leads people to opt for courageous and generous engagement in the field of justice and peace. It is a force that has its origin in God, Eternal Love and Absolute Truth,” Pope Benedict XVI, Caritas in Veritate, 29 June 2009.

The responsibilities of the Office for Caritas, Justice & Peace are as follows:

The Vicar Episcopal for Caritas, Justice and Peace within the Archdiocese of St Andrews & Edinburgh is the Very Reverend Basil Clark VE. Father Clark is the parish priest of Our Lady of Loretto and St Michael in Musselburgh, East Lothian, and St Mary’s in Pathhead, Midlothian. He grew up in Clydebank, Dunbartonshire, and studied at Glasgow University where he gained an MA in Politics and Religious Studies. A former Anglican Franciscan, the then Brother Basil was the founding director of the Rock Trust, an Edinburgh charity that works with young people who are homeless or at risk of becoming homeless. He was received into the Catholic Church in 1993. Father Clark studied for the priesthood at the Beda College in Rome, gained an STB from the Angelicum University and was ordained in 2000. Since then he has served in parishes in Stirlingshire, West Lothian, Peeblesshire, Roxburghshire, Selkirkshire, Midlothian and East Lothian. His hobbies include Gardening and Reading.
Contact:
The Very Reverend Basil Clark VE
Vicar Episcopal for Caritas, Justice and Peace
T: 0131 623 8900
E: VEcaritas@staned.org.uk