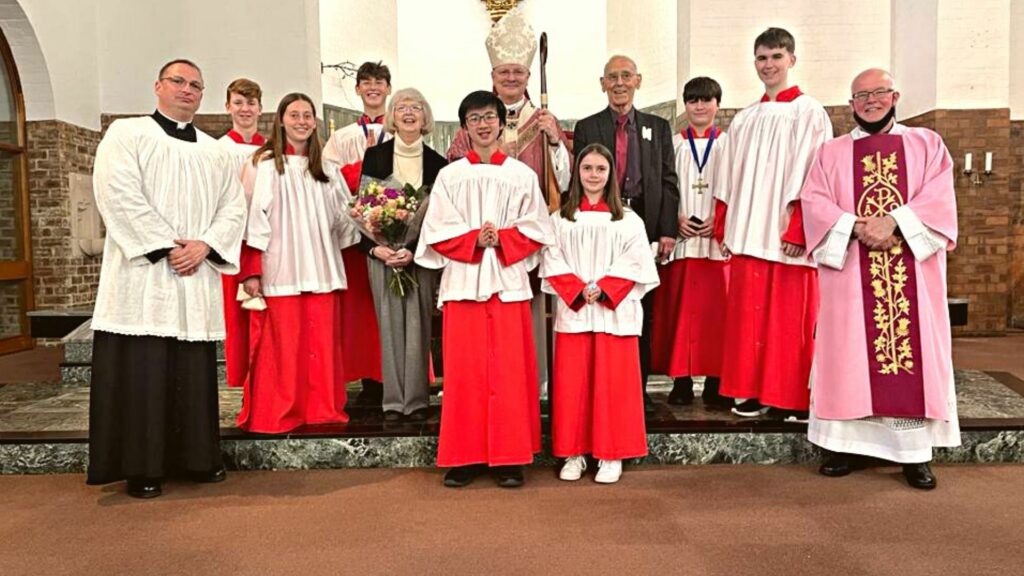 Applause for Ivor as he receives Archdiocesan medal

Aplause rang out at St Peter's in Morningside when a former headteacher and dedicated parishioner was awarded the Archdiocesan Medal by Archbishop Leo Cushley.

Ivor Clarke received the medal at the 11:30am Sunday Mass at the church and was joined by his wife Marna.

Parish priest Kevin Douglas nominated Ivor for the award, saying: "He and Marna are moving through to Glasgow and we felt it would be fitting to mark his years of service.

"It's a moment when the torch is passed from one generation of volunteers to another. We are please he has been honoured this way."

Since retiring, Ivor he has served as a parish rep on the local school council and helped facilitate good relations between the local primary school, St Peter's, and parish.

He ran the altar servers' formation programme at the parish for close to two decades. He and Marna have also served as sacristans for many years at St Peter's and also at St Columba's.

Ivor worked in the Archdiocese as a teacher at Catholic schools, including St Margaret's in Hawick and St Kenneth's in Livingston and was head teacher at St Peter's in Morningside before retiring.

The Archdiocesan Medal for Outstanding Service to the Church was established in 1975 by Cardinal Gordon Joseph Gray, then Archbishop of St Andrews & Edinburgh. Since then, just over 100 or so medals have been awarded for “outstanding voluntary service” to the Church at a local level.

« Children's Liturgy for the fifth Sunday of Lent
WATCH: A message for married & engaged couples »