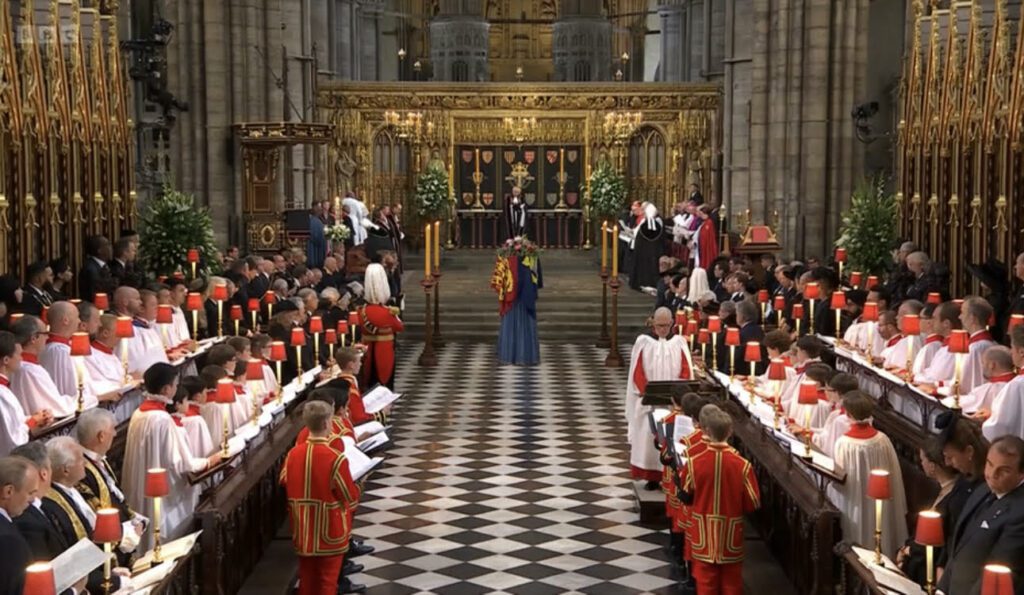 Ths State Funeral of HM Queen Elizabeth was one of the most viewed events in history with over 4 billion watching the live broadcast from Westminster Abbey in London.

Among Catholics at the funeral were Cardinal Vincent Nichols, Archbishop of Westminster, and Archbishop Leo Cushley, who was representing the Catholics of Scotland. 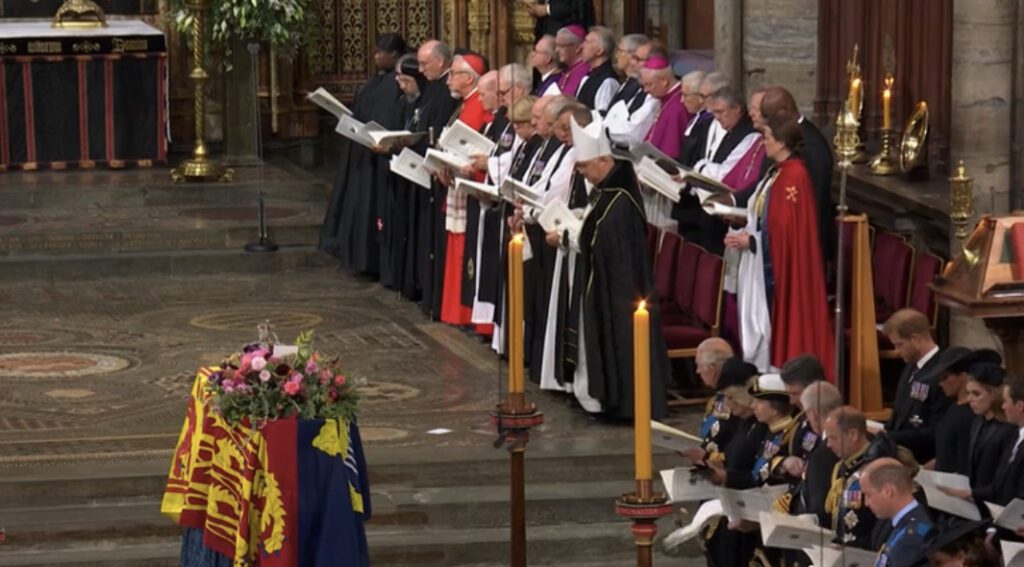 Alost attending were Archbishop Mark O’Toole of Cardiff, who is the most senior Catholic leader in Wales, Archbishop Eamon Martin of Northern Ireland, and Archbishop Paul Gallagher, the Holy See’s Secretary for Relations with States, representing Pope Francis.

James MacMillan, renowned composer and Catholic, wrote an anthem for the funeral titled 'Who Shall Separate Us?'

I was deeply honoured to be invited to write a new anthem 'Who Shall Separate Us?' for the funeral of Her Majesty Queen Elizabeth II. She was a constant presence in my life and an inspiration to countless millions across the globe. https://t.co/opjUnumI6f

At the funeral, Cardinal Nichols prayed: "Let us give thanks for Queen Elizabeth's commitment to the Commonwealth throughout her reign, for her sevice and dedication to its peoples, and for the rich bonds of unity and mutual support she sustained. 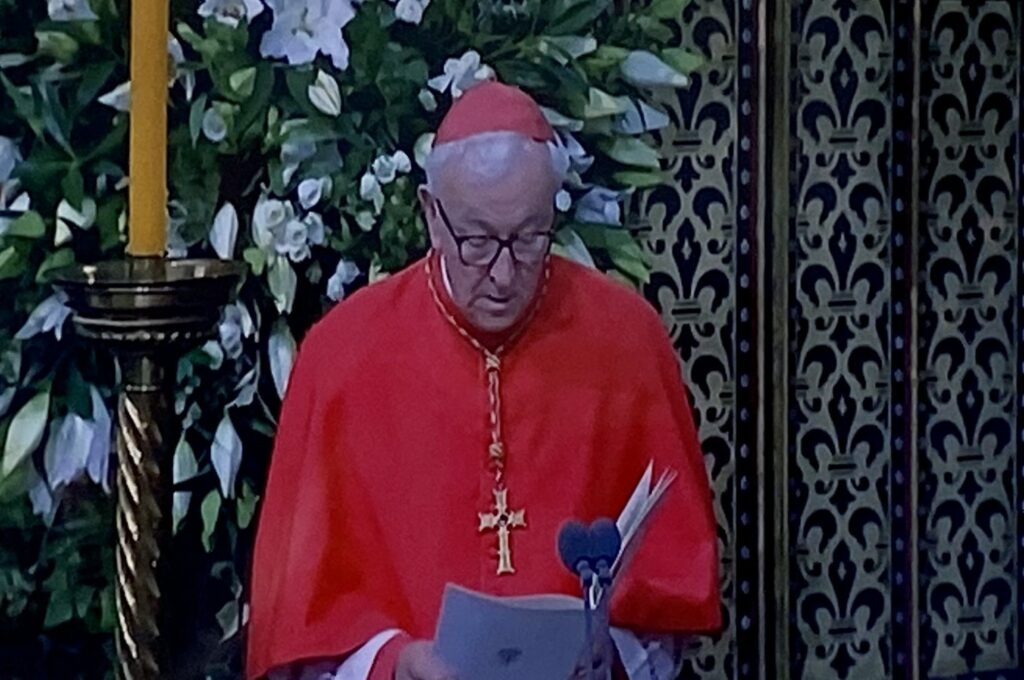 "O almighty and everlasting God, hear our prayer for the Commonwealth, and grant it the guidance of thy wisdom. Inspire those in authority, that they may promote justice and the common good; give to all its citizens the spirit of mutual honour and respect; and grant to us all grace to strive for the establishment of righteousness and peace; for the honour of thy name. Amen."

In 1951, a year before she acceded to the throne, she met Pope Pius XII. 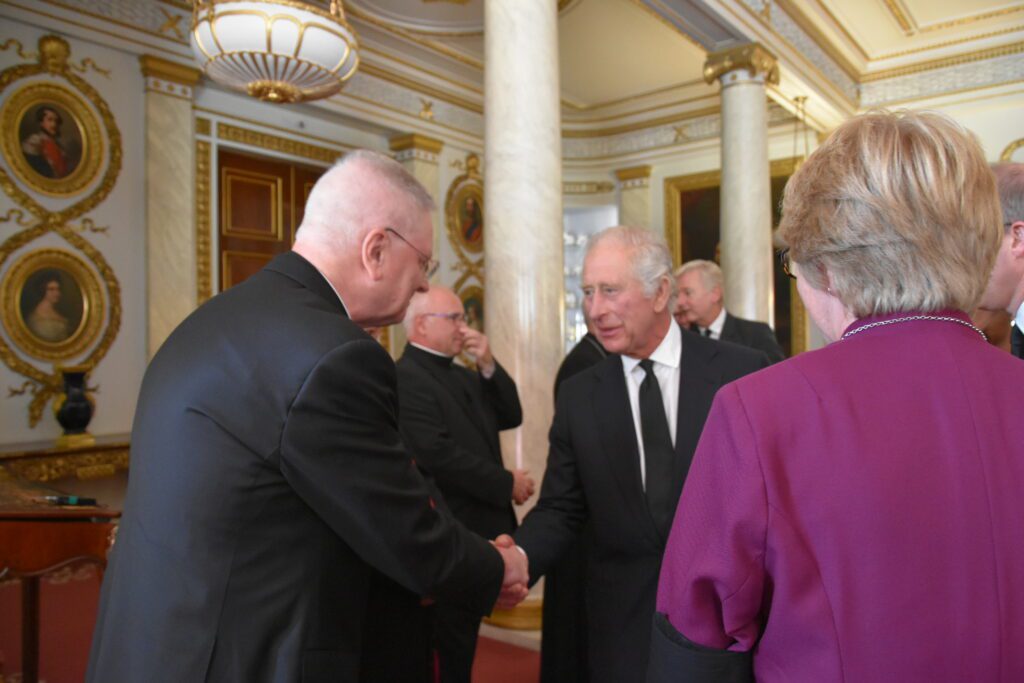 Archbishop Cushley shakes hands with King Charles as the Monarch met faith leaders ahead of the funeral of HM Queen Elizabeth. 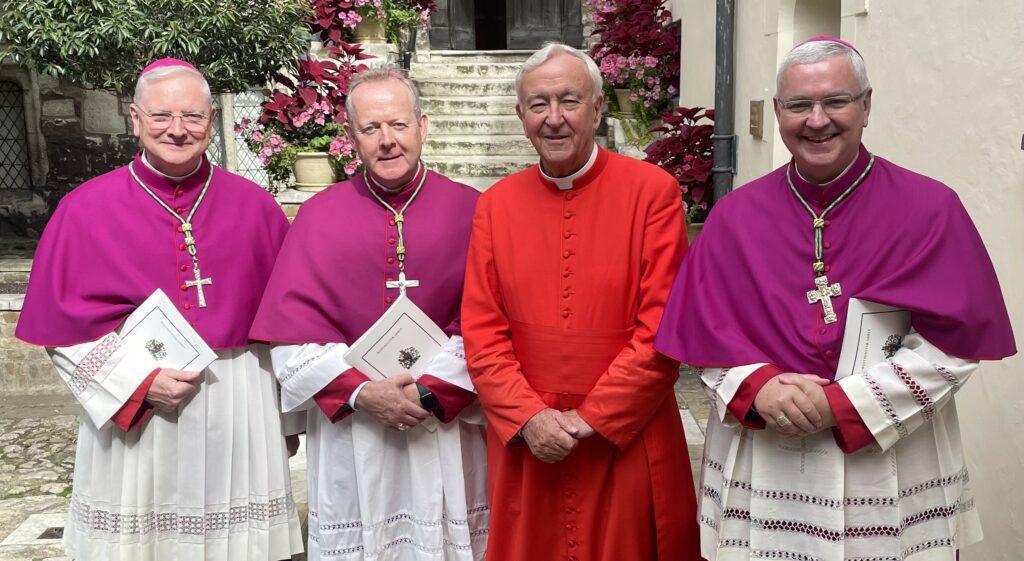