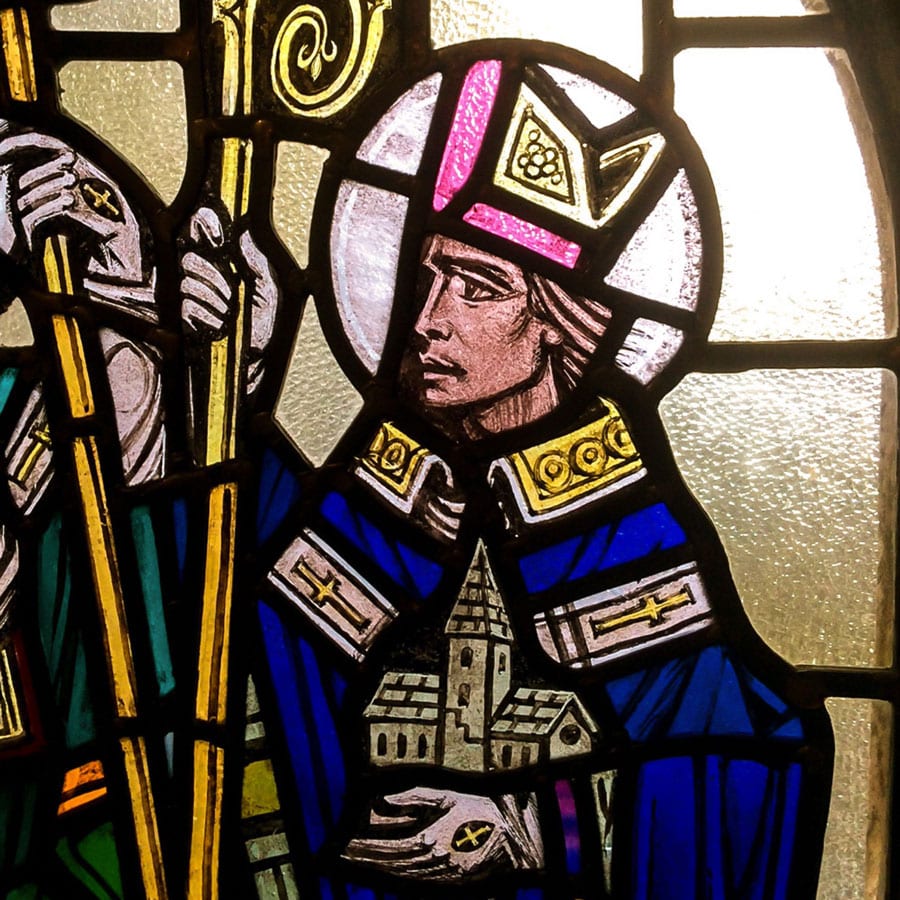 Today the Church celebrates the Feast of St Kentigern, another great Scottish saint who hails from the Archdiocese of St Andrews & Edinburgh. Happy Feast Day!

Upon discovering her pregnancy, her angry father King Lleuddun sentenced her to death and she was hurled from Traprain Law near Haddington in East Lothian. Miraculously she survived the fall; when discovered alive at the foot of the cliff, Teneu was set adrift in a coracle and travelled across the Firth of Forth to Culross, where she was given shelter at the community of Saint Serf. There she gave birth to and raised her son Kentigern, whom Serf nicknamed Mungo, "very dear one".

At the age of 25, Kentigern began his missionary labours on the Clyde, on the site of modern Glasgow. He built his church across the water from an extinct volcano, next to the Molendinar Burn, where the present medieval cathedral now stands. For some 13 years, he laboured in the district, living a most austere life in a small cell and making many converts by his holy example and his preaching.

A strong anti-Christian movement in Strathclyde, headed by a certain King Morken, compelled Mungo to leave the district, and he retired to Wales, via Cumbria, staying for a time with Saint David at St David's, and afterwards moving on to Gwynedd where he founded a cathedral at Llanelwy. While there, he undertook a pilgrimage to Rome.

However, the new King of Strathclyde, Riderch Hael, invited Mungo to return to his kingdom. For some years, Mungo fixed his episcopal seat at Hoddom in Dumfriesshire, evangelising thence the district of Galloway. He eventually returned to Glasgow where a large community grew up around him.

Saint Kentigern is buried in the crypt of the former cathedral which also bore his name, now the High Kirk of Glasgow. The building is now in the ownership of the state and is maintained by Historic Environment Scotland. It is open daily to tourists and pilgrims.

Within the Archdiocese of St Andrews & Edinburgh there is one parish, in Edinburgh’s Barnton, named after St Kentigern and two high schools, one in West Lothian and the other in Falkirk, also named after the saint. His feast day is 13 January which this year fell upon a Sunday. Thus the feast day has been transferred to Monday 14 January. Happy Feast Day!

For more on the saints of the Archdiocese of St Andrews & Edinburgh go to: https://archedinburgh.org/about/our-saints/