HOMILY: Requiem Mass for The Queen

Archbishop Leo Cushley today (Sunday 11 September) celebrated a Requiem Mass at St Mary’s Cathedral in Edinburgh for the repose of the soul of Her Majesty Queen Elizabeth II.

He said her life of duty and service was guided principally by her belief in God: "I believe that she took her Christian faith as seriously as any part of her life, and it was surely a great encouragement to us all." Thank you for joining me for this Mass, offered for the repose of the soul of Her Majesty The Queen.

Although my brother bishops are presently absent from Scotland, in their name I have the honour, here in our capital city, to offer our sincere condolences to His Majesty the King at this sad moment, and to assure him of our prayers for his late mother and for his own intentions. 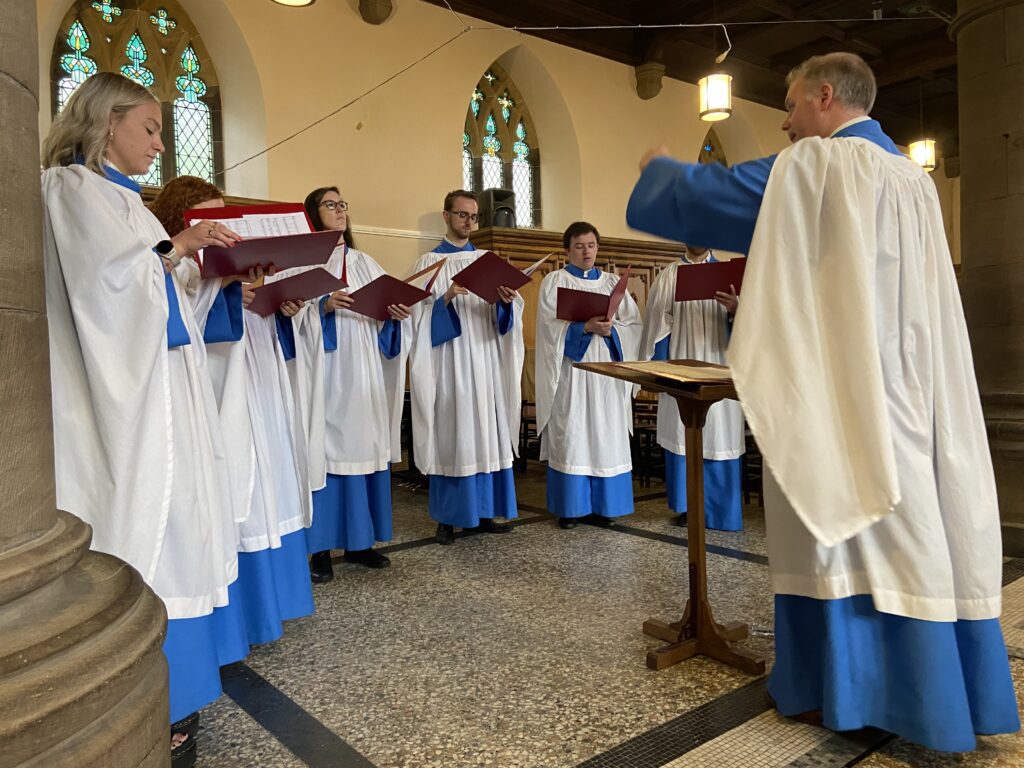 We also offer him, the Queen Consort and the Royal Family congratulations on the King's ascension, our prayerful good wishes for their future, and indeed for the future of our nation.

All of us under around 75 years of age have no memory, no precedent, to fall back upon to help us know what to expect with the death of the Head of State. 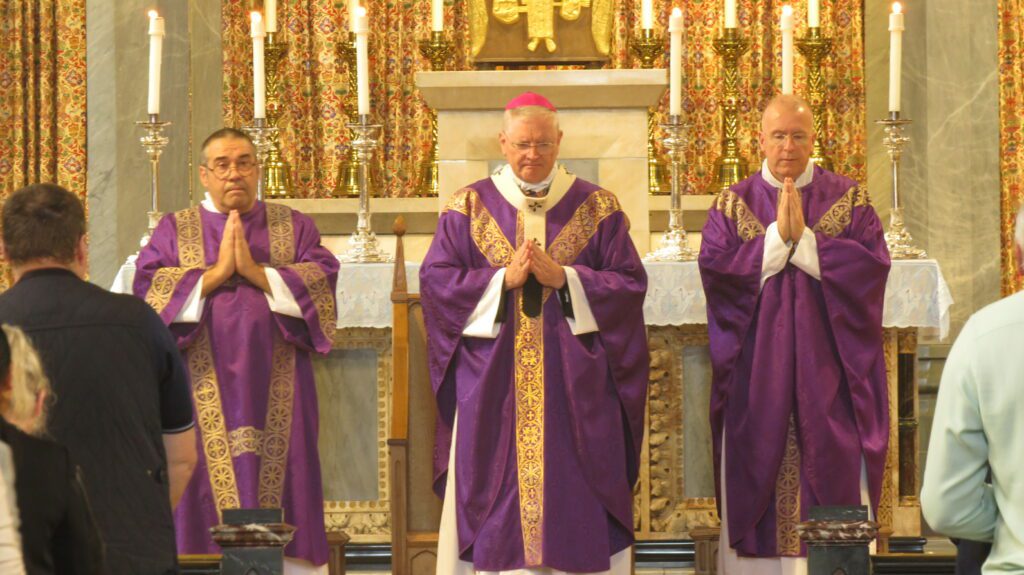 It is something that happens to other people, in other countries.  Even pontiffs come and go with greater frequency.

But The Queen has been so much part of our lives for the last seven decades, that it is more than fair to describe them as another Elizabethan era.  And, no matter our politics or religion or sentiments, there will be consequences for everyone, and as a nation, many will feel bereft. 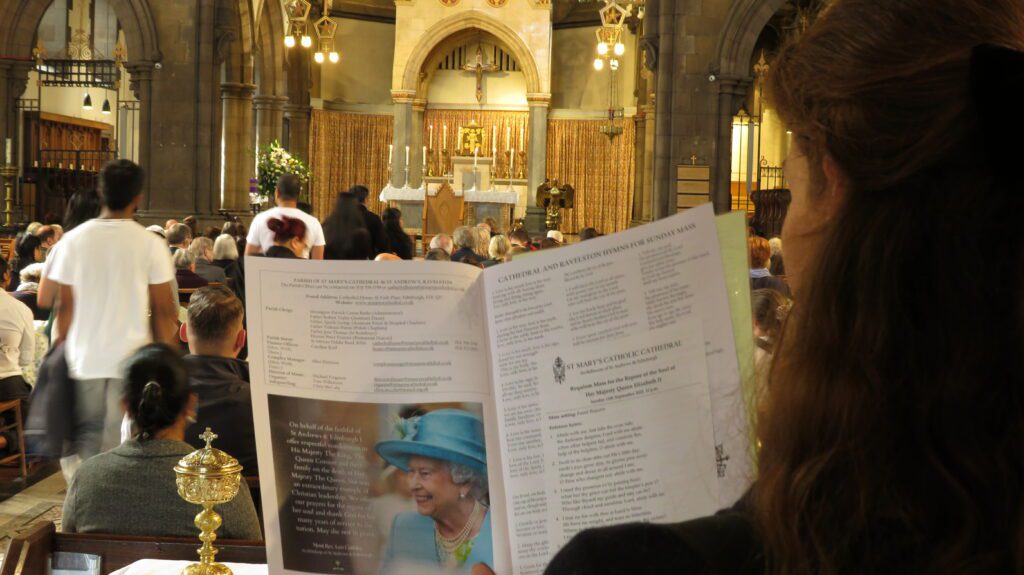 As we have all noticed down these years, and as many commentators have underlined, The Queen demonstrated to us all a wonderful sense of duty.

We admired it greatly in her, but as a principle of living one’s own life, it has become unfashionable in our self-absorbed times.  And yet it is a lesson all strata of society would do well to imitate in our lives.

In his first address to us, King Charles has drawn attention to his mother’s sense of duty, and to that famous speech in Cape Town, when she was only 21, dedicating herself to service of the nation and the commonwealth, no matter how long or short her life might be.

She remained so evidently faithful to that pledge that it practically defines her life and her reign.

Her own father, King George VI, was the unlooked for and unexpected successor to his own brother after a severe crisis, and I wonder if it wasn’t through her father’s example in particular that the young Princess Elizabeth of York learned a life-lesson, watching him as he mounted the throne in a time of crisis and world war, a manner of acting nobly, with self-sacrifice, that would define her own reign and service, until the very last days of her life.

Just like that other great exemplar of Christian duty, the great Pope Saint John Paul II, she worked until the very last week of her life, and we are grateful for such examples.

We can all learn from that sense of service to other people that does not count the cost to oneself, that sees the bigger picture, that treats oneself much more humbly than we are accustomed to seeing promoted in our self-regarding times. 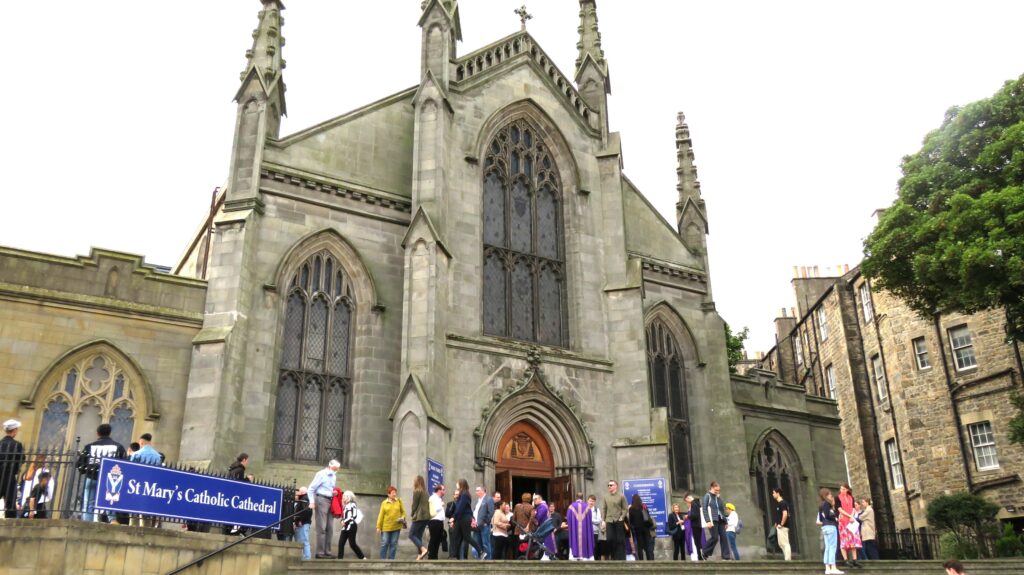 A second thing that sets The Queen apart from much of her generation and her times was her Christian faith.  This is something that, in its own quiet way, also helped to define her, inform her and inspire her.

In spite of her high public profile, she didn’t wear her faith noisily, but assumed her duties as the head of the Church of England with great grace and simplicity, a task that is more easily described than lived.

We are all the poorer for the passing of her example of faith in the public square.  She was also respectful of others, but there is no doubt that her Christian faith defined and shaped her. 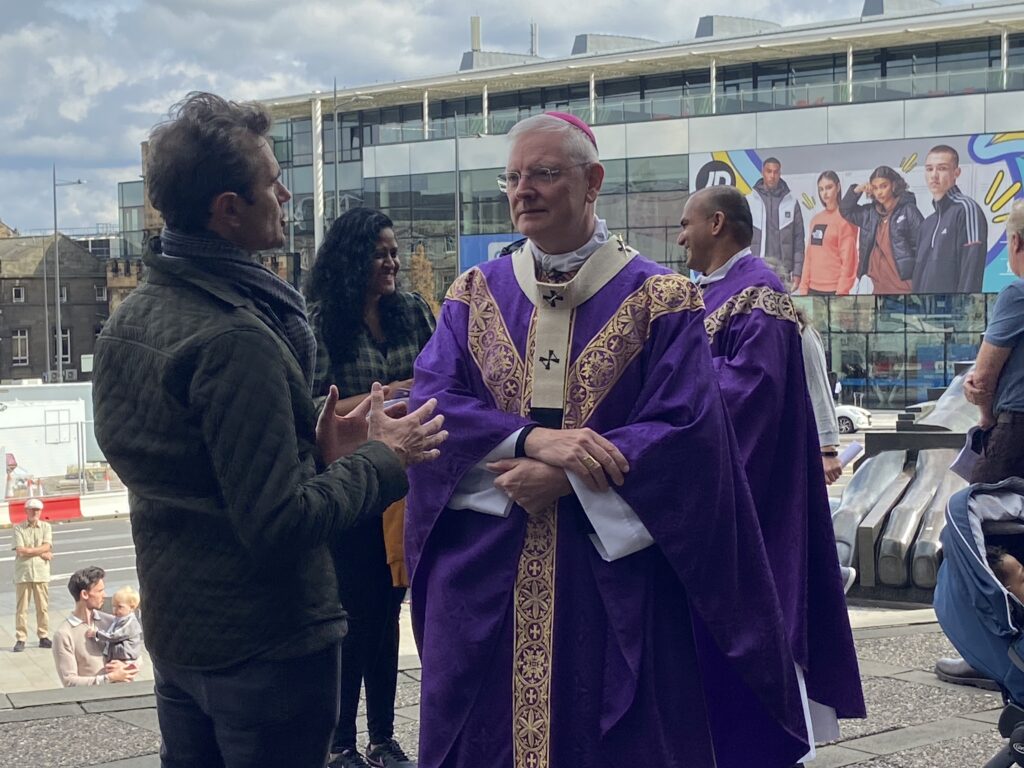 At the funeral of The late Duke of Edinburgh, I for one was deeply moved to see her as she sat alone in the pews of St George’s Chapel, Windsor, a lone figure, due in part to Covid restrictions, but no less eloquent an image for all that.

But the point I wish to make is that I recall the images of her with her head bowed, recollected, at prayer, taking that moment as seriously as any state occasion, and yet also in a moment of personal grief, a moment of life and death, when, no matter how great and important you are, you must face your human reality, there alone, before almighty God.

I believe that she took her Christian faith as seriously as any part of her life, and it was surely a great encouragement to us all.

Learning both her faith and her sense of duty from her father and mother, she was a leader who led a life of genuine Christian service.  May God grant her rest from her many cares, and eternal repose in the Father’s House. 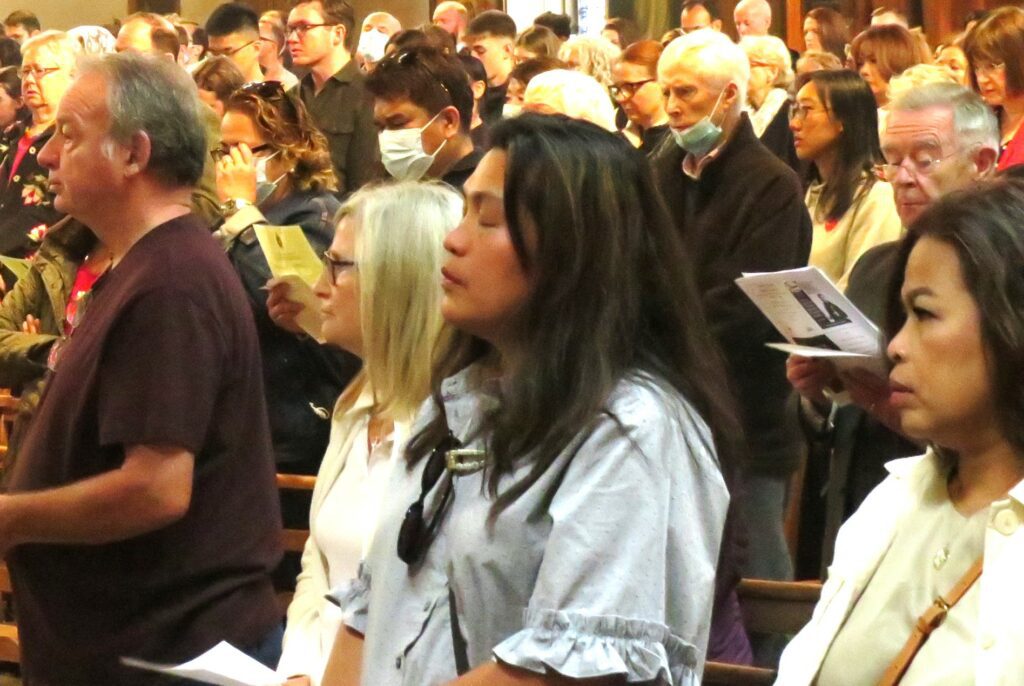 As the new King takes up his duties, may the Lord bless his endeavours, and may he follow his mother’s example of duty and faith, and constancy towards his people.

And may we who have lived in this latter Elizabethan age learn the good lessons of The Queen’s reign: lessons of mutual respect, of duty, of self-sacrifice, and of a well-lived Christian faith that may well be her greatest legacy to the nation.

Eternal rest, grant unto her O Lord, and let perpetual light shine upon her.  May she rest in peace.  Amen.