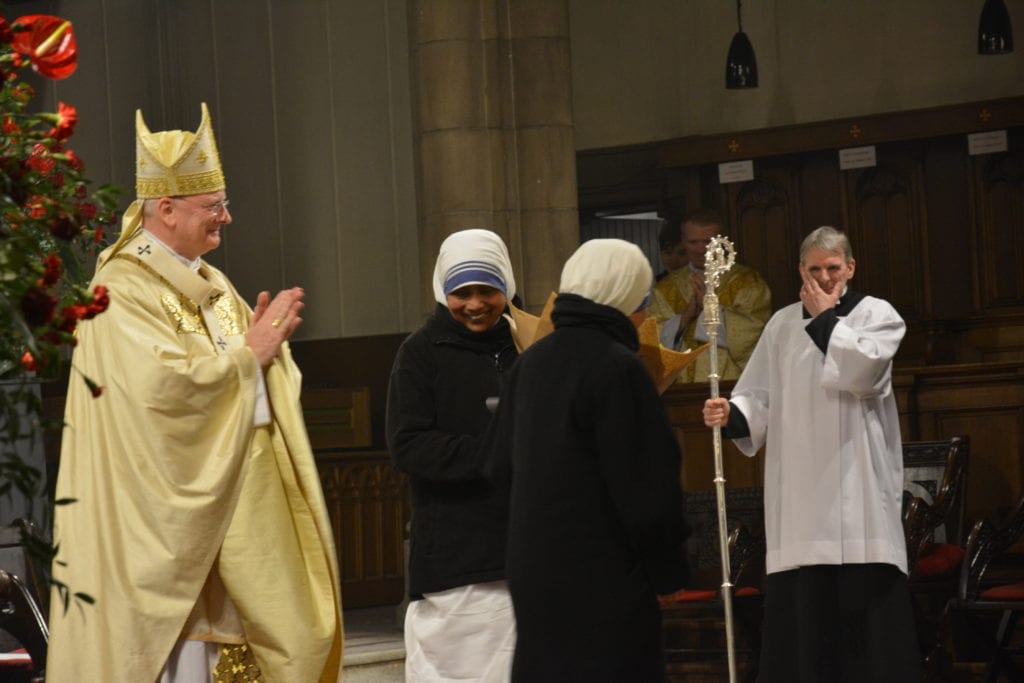 HOMILY: The humility of the Lord's incarnation

Dear brothers and sisters in Christ,

Allow me to start first of all by wishing you all a very peaceful and happy Christmas for you and yours. A special thank you goes to Mgr Burke, my Vicar General, to his assistant Fr Jamie McMorrin, and to all of you who make our cathedral a place of welcome and a sacred place, one that you have readied, that we might celebrate the birth of Our Saviour worthily. Many thanks indeed!

St Francis of Assisi is the one who gets a lot of the credit for putting up the first crèche or crib, some 700 years ago.

His biographer, Brother Thomas of Celano, wrote two different biographies of Francis, and a treatise on miracles associated with him, such was the popularity and the fascination in the man, during his lifetime and well beyond. 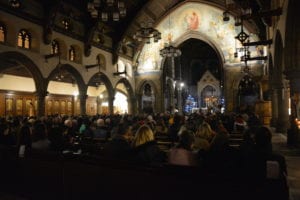 Tucked away at the end of the first version St Francis’s biography, Thomas inserts a lovely little story, almost, apparently, as an afterthought. It tells how St Francis “always” kept two things before his mind eye: the “charity” of our Lord’s Passion on the Cross, and the “humility” of our Lord’s Incarnation at Christmas. We are told that, for Francis of Assisi, these were “foremost in his mind, so that he rarely wanted to think of anything else”.

Putting aside the “charity of the Lord’s Passion” for another time, and concentrating on the “humility” of the Incarnation, we then read the story of the very first crib scene ever put together. Francis goes to the small town of Greccio, in Italy, and he asks a man to “portray [for me] the Child born in Bethlehem” so as to see “somehow with my bodily eyes the hardship He underwent, because He lacked all a newborn’s needs, the way He was placed in the manger, and how he lay on the hay between the ox and ass”.

So, on Christmas night in 1223, Francis’s brothers and the local people gathered with him, bringing torches and candles. They brought in an ox and an ass, and then laid some hay down between them. And that was the first crib. That was it. No statues of any kind. No further decoration. Thomas comments approvingly: “There, simplicity was honoured, poverty exalted, humility praised - and Greccio was virtually transformed into a new Bethlehem”.

A stark, but beautiful, scene. We also note that, visually, the first crib was very simple indeed: but this was what Francis wanted, because he was struck profoundly by the Incarnation, God becoming one of us, as an act of the utmost humility.

Jesus Christ, God from God and Light from Light, becomes an infant in all simplicity and poverty and, above all, humility. The very act of God becoming one like us is an act of humility that is almost beyond description. Here is the Word of God, Christ Himself, the Mercy of God, coming down like the dawn from on high to visit us, and yet in the humblest of ways and the simplest of circumstances.

For modern, city folk like ourselves, its poverty is almost inconceivable. And yet, the point is well-made, and I think we understand it immediately. And it is a gesture of profound humility that is ours to imitate, in deep gratitude, for the consequences that will flow from God becoming one of us. 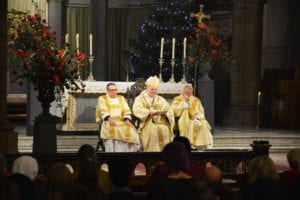 Looking again at the poverty of the first crib in Greccio, we see only an ox, an ass and some hay. There were no statutes to remind Francis and his friends of Mary or Joseph or even the infant Jesus. And yet we are also told St Francis dearly wished to see for himself, with his own eyes, the humility of God. He didn’t need much to do it. There is even something very poignant about the absence of statues, so that we have to make an effort to “see” for ourselves and to give birth to Christ in our own hearts.

And yet, there in Greccio, in spite of any further visual aids, we are told that St Francis and all who were with him “were gladdened with new joy over the renewed mystery”, and that the woods resounded with people’s voices, and the cliffs echoed their hymns of joy.

The second thing we notice in the story is how Greccio was “virtually transformed into a new Bethlehem”. How wonderful it would be to imagine that, wherever we place our crib and the manger, in our churches, in our homes, or in the city centre, that such a corner might briefly become a “new Bethlehem”, a corner near us here, helping us to make present again the presence of God-with-us in the simplicity, the poverty, and the humility of the birth of the Son of God among us.

The story of Greccio and the first Christmas crib is the last part of the story of St Francis’s life. So, the first version of the Life of Francis come to an end, not with his Francis’s death, but with the story of this little Christmas in Greccio. The book then finishes like this:

“The place [where the first crib was laid out] has now been consecrated to the Lord and an altar has been built [there]… so that in the place where the animals once ate hay […] men can now eat the flesh of the […] Lamb, our Lord Jesus Christ, who gave himself for us with infinite and inexpressible love”.

This lets us understand the wonderful connection between what we celebrate in mystery in the Incarnation at Christmas, and the Eucharist, where our Living Lord, God made flesh, is present among us until He returns in glory. This also leads us joyfully to celebrate the Birth of our Lord above all in the Eucharist in our Christmas Masses, together with our Christian brothers and sisters throughout the world.

Everywhere, may the Christ child’s simplicity be honoured, may His poverty be exalted, and may His humility be praised. May our cribs and our very hearts be transformed into a new Bethlehem; and where the Christ child appears absent, may we be the ones to make him present in the flesh by our own love and charity.

A very joyful, happy Christmas to you all, and a Good New Year when it comes. God bless you all!