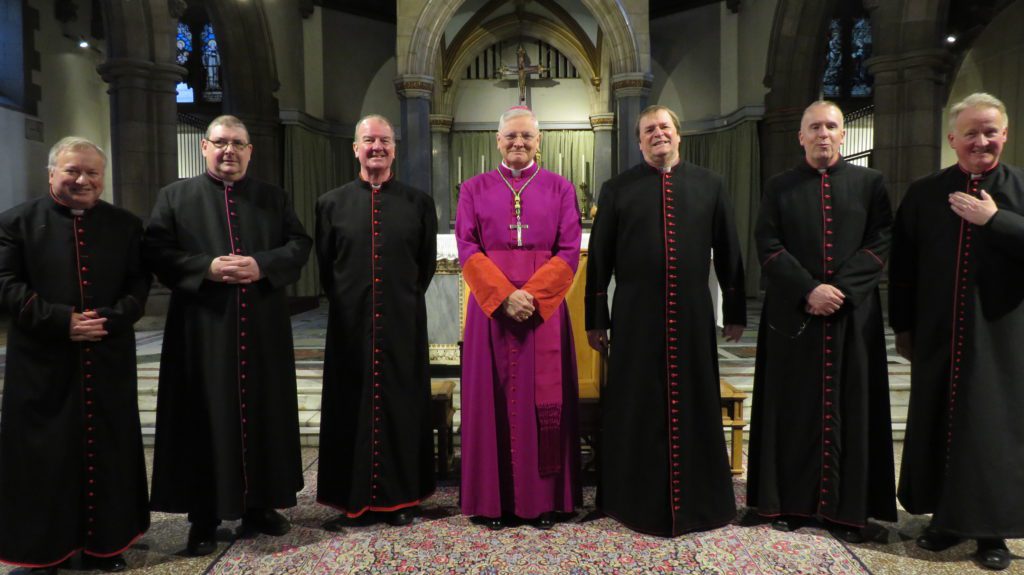 Six priests were inducted into the Metropolitan Chapter of Canons today at St Mary's Cathedral in Edinburgh. 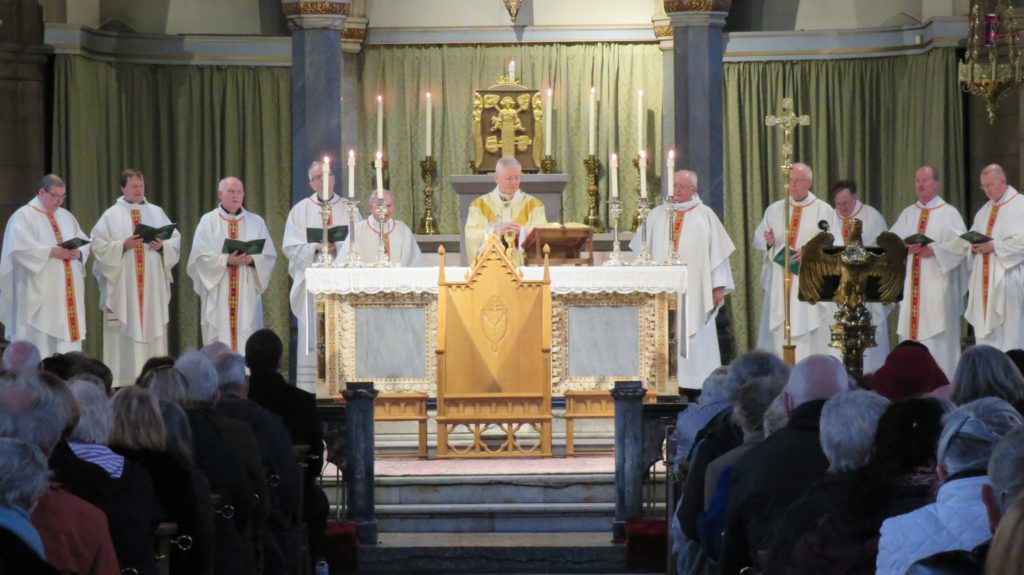 The Canons of the Cathedral Chapter are among the most senior parish priests within the Archdiocese of St Andrews & Edinburgh.

Given their years of experience, the canons are expected to act in an advisory capacity to the Archbishop.

As a mark of their standing, His Holiness Pope Pius XI, in a letter issued 22 May 1925, stated that the canons of the Archdiocese “may and should during their time in office...lawfully wear the black soutane with red piping, buttons and buttonholes.”

The canons are also  assigned their own stall within St Mary’s Cathedral.

In his homily, Archbishop Cushley explained the background and role of a canon, and said: "I would like to congratulate them all warmly on reaching this milestone, and we wish them continued health, consolation, and blessing in their service of the Lord." 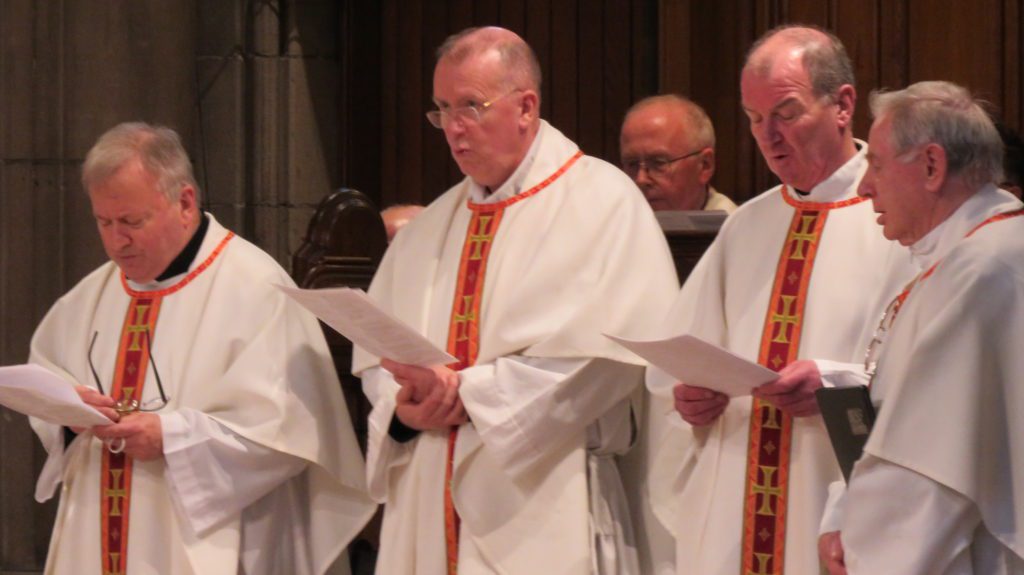 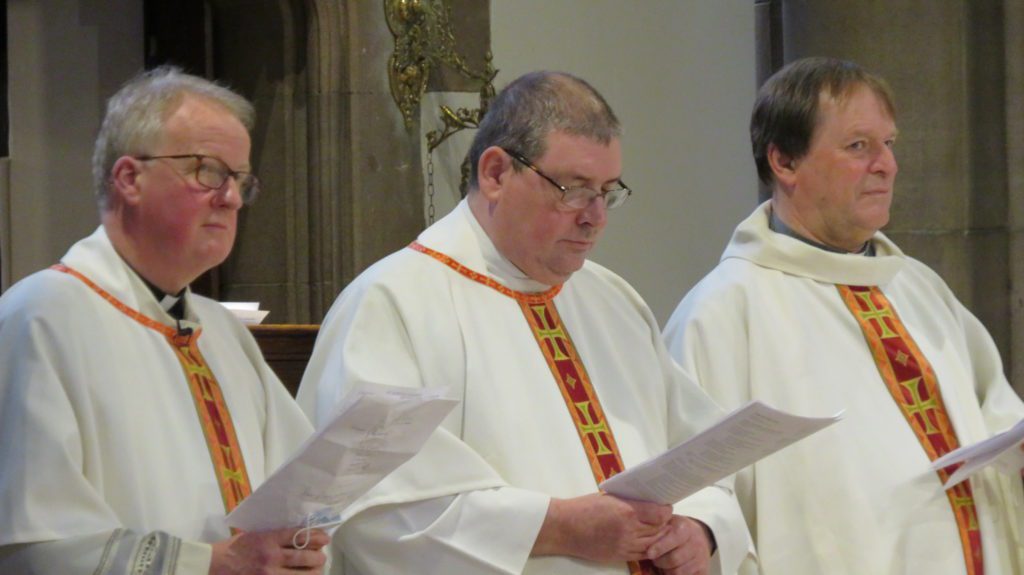 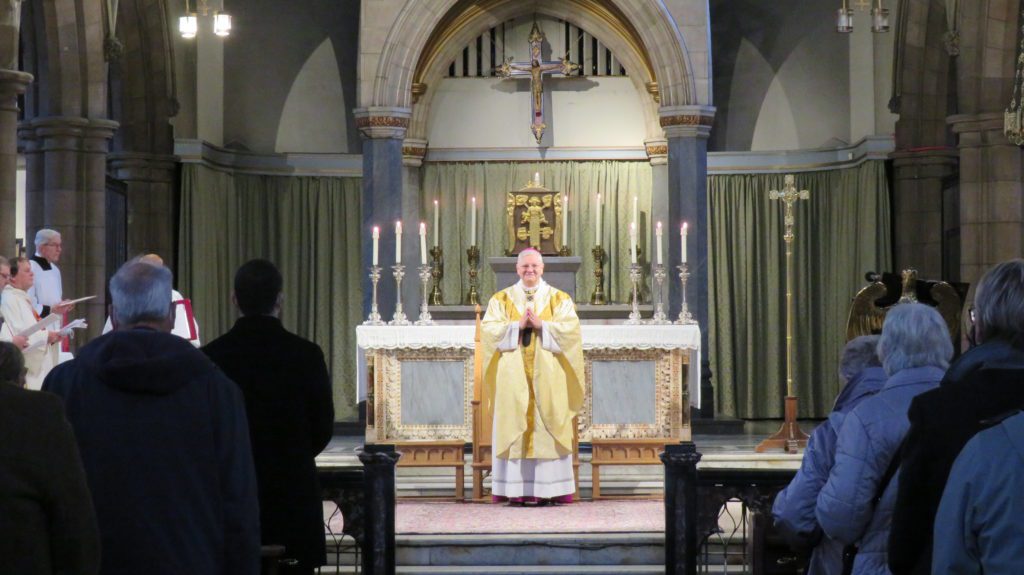 « WATCH: 'After spending an hour with Jesus I felt joy'
WATCH: Get inspired in Advent! »