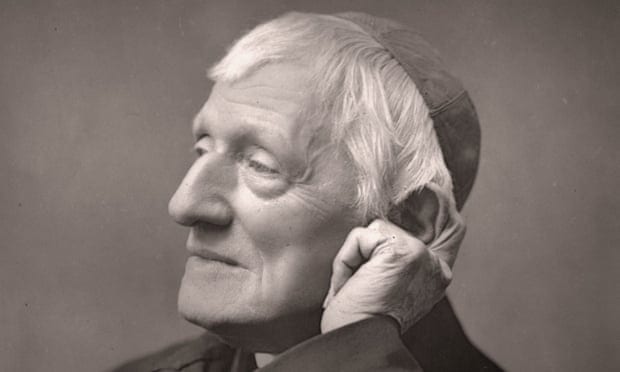 Newman's 'oasis' in the Borders

A special location in our Archdiocese was a spiritual oasis for Britain’s first modern saint.

Cardinal Newman sought refuge at Abbotsford in Melrose during a turbulent time in his life.

His canonisation in Rome tomorrow will mean he is the first Briton to become a saint since Scottish priest John Ogilvie, who was canonised in 1976.

Newman scholar Monsignor Roderick Strange will give a talk next month on Newman at Abbotsford: A Spiritual Oasis.

He said: “One of the things that delighted him when he got there was that there was a chapel in the place.

“So it was, in a sense, an oasis for him. It was somewhere where he could visit the Blessed Sacrament. As an Anglican he had believed in the real presence but had not really had a sense of the reserved sacrament, the presence of the Lord in the home, as it was there.”

St Edith Stein:
"It is very good for me to come into contact with such a mind as Newman.... His entire life was a search for religious truth and led him, inevitably, to the Catholic Church."#FeastDay #Newman #NewmanCanonisation pic.twitter.com/VD5mMlq1mg

Abbotsford, situated between Melrose and Galashiels, was the home of Sir Walter Scott. Newman stayed with Scott’s granddaughter Charlotte and her husband James Hope Scott.

Newman’s most important visit there was in the summer of 1872, when he stayed for two months. During this time he paved the way for the foundation of several Catholic Churches in the Scottish Borders.

Mgr Strange said: “He was a man who appreciated solitude, but he also loved the company of his friends – they were very important to him.

“One of the great trials of his conversion to Catholicism (from Anglicism) was to be cut off from many of those friends, although after a long time most of those friendships were restored.”

Mgr Strange is Professor of Theology at St Mary’s University, Twickenham. He has written and lectured on Newman extensively and recently published his latest work, Newman: The heart of holiness.

He continued: “He said somewhere ‘I don’t want to move minds without touching hearts’.

Although a highly intellectual man, he did not want to be someone who won the argument unless there had been personal contact as well. For me, in the 1960s as I prepared for priesthood, that was an inspiring ways of looking at things.”

Mgr Strange is currently in Rome for tomorrow’s ordination, as is Archbishop Leo Cushley.

He said: “The ties Cardinal Newman had with our Archdiocese at Abbotsford are well worth exploring and, I hope, will be brought to life again by Mgr Strange during his talk at Abbotsford next month.”

Newman at Abbotsford: A Spiritual Oasis, Wednesday November 6, at 7pm, at Abbotsford, Melrose. Tickets: £8. For information and to book, visit scottsabbotsford.com