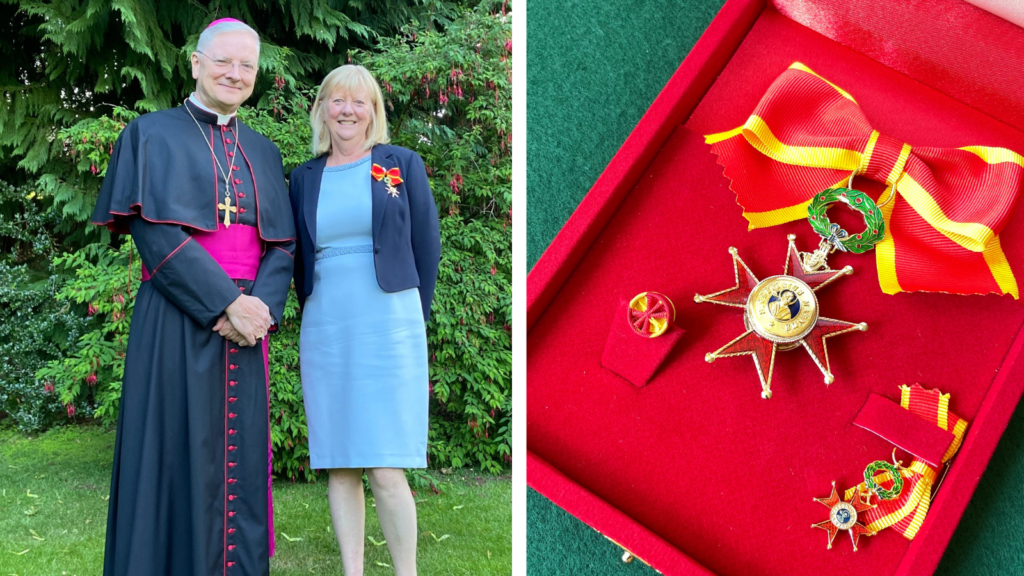 Congratulations to Angela Hughes, who has been made a papal dame in recognition of the service and dedication she gave to the Archdiocese as the safeguarding advisor.

Angela, a parishioner at St Michael's in Linlithgow, received the insignia of a Dame of St Gregory the Great at a small dinner she attended with husband Malcolm at St Bennet's in Edinburgh last night (Thursday). 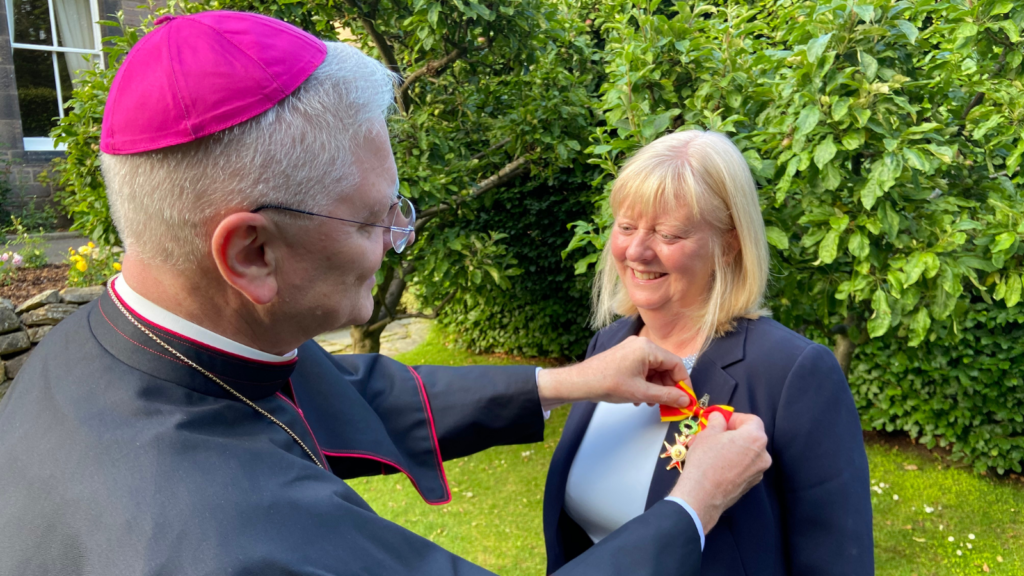 She said: "It was a privilege to have served the Archdiocese in this role and I was surprised and delighted with the award."

Archbishop Cushley said: "I am pleased Angela has been recognised by the Holy See for her important role in assisting the Archdiocese in safeguarding and for helping ensure our churches are safe and welcoming."

The Pontifical Equestrian Order of St Gregory the Great is one of five categories of papal knighthood of the Holy See, in which recipients are made either knights or dames. It was established by Pope Gregory XVI in 1831.

The honour is bestowed upon lay people in recognition of their personal service to the Holy See and to the Church, through their good work and the good example they set in their communities and their countries.

Angela, a solicitor, worked in a voluntary capacity for the Archdiocese for several years, before retiring from the role last year.