The Bishops' Conference of Scotland (BCOS) has offered prayers following the death of Her Majesty The Queen.

Bishop Hugh Gilbert, President of BCOS, said: “It was with great sadness, that we learned today of the death of Her Majesty The Queen.

"Her life of outstanding service during a reign of seventy years stands as an example of dedicated public service in our own country, across the Commonwealth and around the world.

"Her determination to remain active to the end of her long life, has been an example of Christian leadership, which demonstrated her great stoicism and commitment to duty and was undoubtedly a source of stability and continuity in times of great change.

"Scotland’s Catholic bishops will remember her in our prayers and pray for all those who mourn her loss." 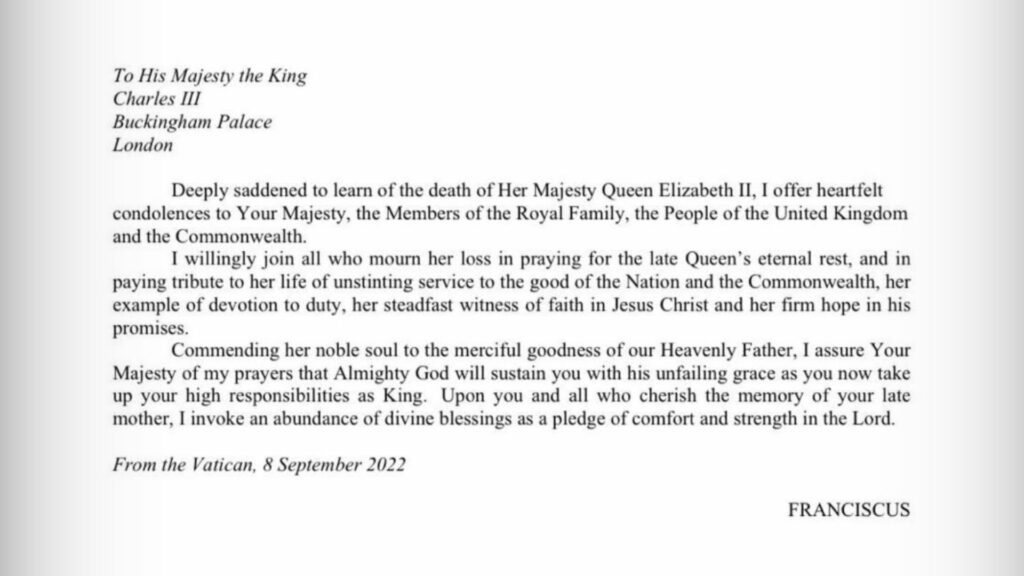 Pope Francis sent this message to King Charles III following the death of The Queen.

Bishop Gilbert added: “On behalf of Scotland’s Catholic Bishops, I offer our congratulations and the promise of our prayers to King Charles as he becomes King.

"We pray for the repose of the soul of his mother Queen Elizabeth and for him and his family as he begins his reign." 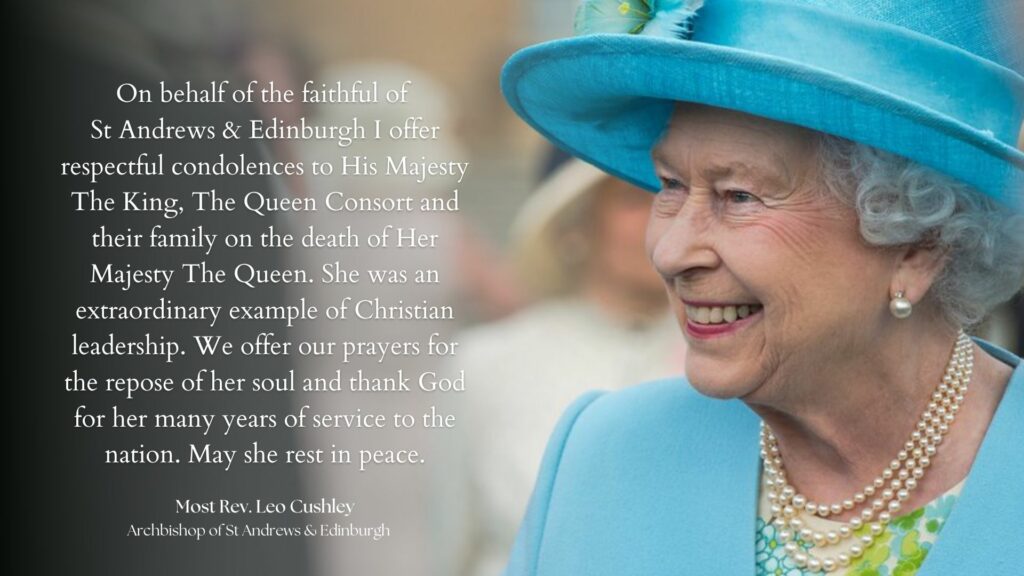 Archbishop Cushley said: "On behalf of the faithful of St Andrews & Edinburgh I offer respectful condolences to His Majesty The King, The Queen Consort and their family on the death of Her Majesty The Queen.

"She was an extraordinary example of Christian leadership. We offer our prayers for the repose of her soul and thank God for her many years of service to the nation. May she rest in peace."

Prayers for the late Monarch for use in parishes are available here.