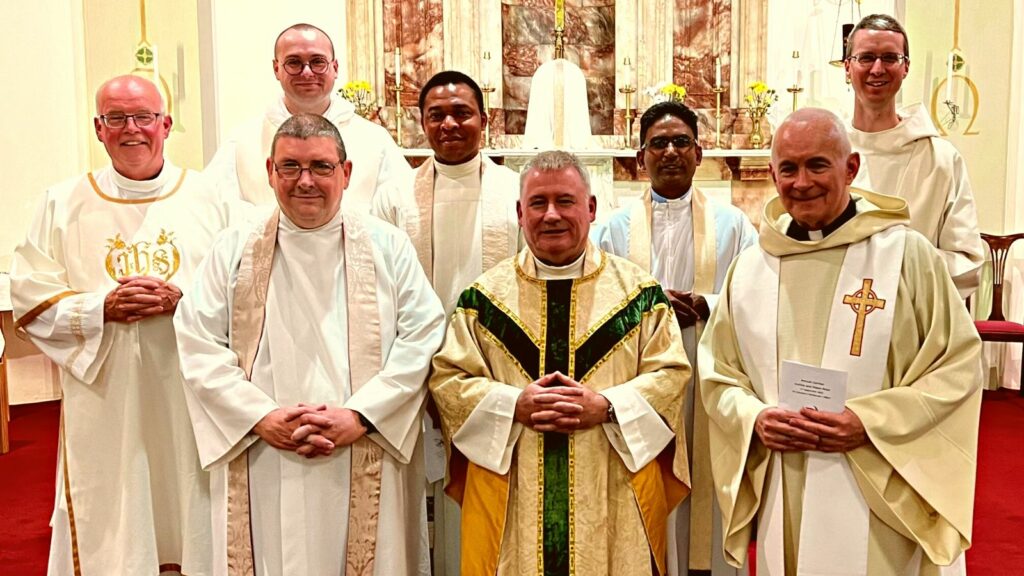 Praying for the poor at Caritas, Justice & Peace Mass

Clergy were joined by people from across the Archdiocese for the annual Caritas, Justice & Peace Mass on Monday evening (5 September).

It took place at St Columba's in Upper Gray Street, Edinburgh, and this year's theme was poverty and serving the poor.

In his homily (see below) Fr David Stewart SJ said: "St Vincent de Paul apparently said that he felt it better to give unworthily, that is, to an undeserving person, than not give at all.

"That’s a more subtle statement than it first appears, because it gently foregrounds that we don’t have the right to judge or decide whether the person in need is deserving or not; leave that to God!" 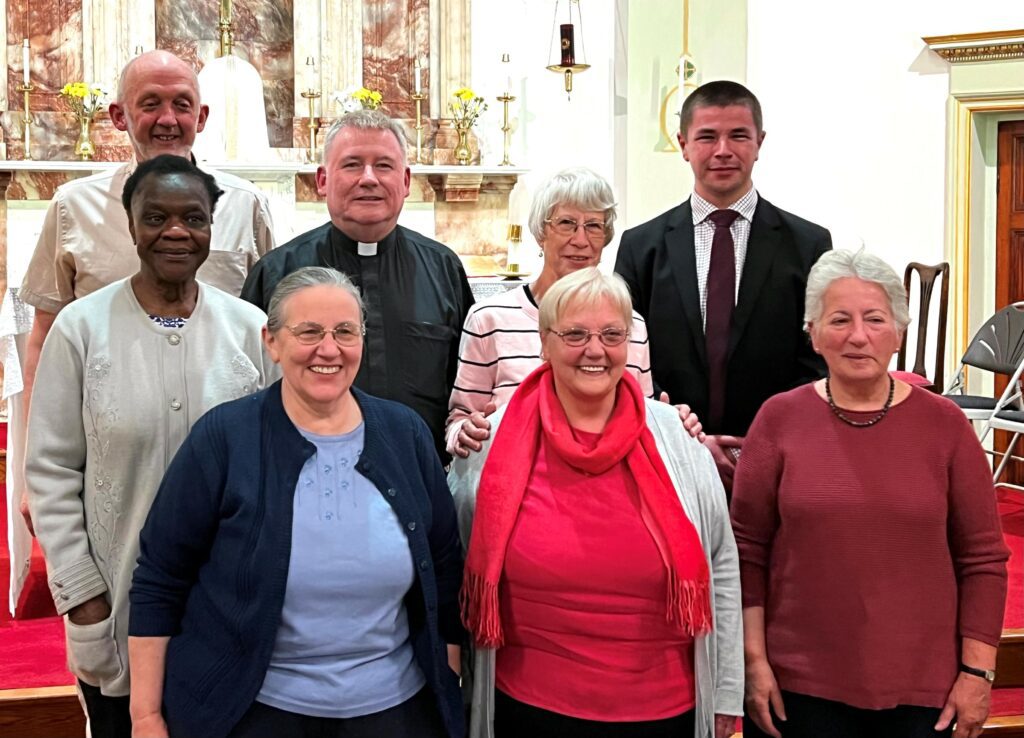 Sociology teaches us that it’s helpful to subdivide poverty into absolute and relative poverty.

Put simply, the first should be abhorred and resisted and the second should be desired and cultivated.

Then there is another subdivision, this time linguistically. Spiritual poverty can refer to two quite different states.

There is what one might call the evangelical counsel of spiritual poverty, an ideal, a striving towards self-abnegation, the surrender of one’s own will and desires to God, or at least the disposition to do so; yet the term also denotes a very different reality in our times.

Our culture suffers, one may say, from a spiritual poverty of another kind, meaning, broadly, a lack of depth, a lack of gravitas, a love of the trivial, probably a blurring of the distinction between good and evil, and, of course, the loss of a sense of transcendence – or, knowledge of God. We who have gathered here this evening are given as our theme, poverty.

While it’s probably pretty obvious what kind, what manifestation of poverty we mean, it helps to know.

Just like when one is trying to make a good discernment – which itself is a word of multiple meanings and frequent misuse in different circumstances – if we are concerned about poverty it helps to know what we mean.

Not only does it help but such awareness provides a certain defence against feeling powerless in the face of something that could be overwhelming.

Imitating Christ's love for the poor

I wrote a wee piece last week for the new Scottish Catholic magazine, in which I suggested that Christ’s followers don’t get to choose to ignore poverty and economic misery.

Poverty is a religious and moral issue just as it is an economic or political matter. We believe and profess that we are to imitate Christ’s love for the poor.

It’s in our catechism: “those who are oppressed by poverty are the object of a preferential love on the part of the Church” (2448).

We are to advocate for a society where, mindful of the Common Good, the poorest are always considered first.

As the Young Christian Workers put it, following Cardinal Cardijn, we must see, judge and act. We often talk about the Reign of God; the Preface at Mass, on the Solemnity of Christ the King, says “a kingdom of holiness and grace, a kingdom of justice, love and peace”.

These attributes are fundamentally interdependent; holiness and grace can’t be separated from justice, love and peace. Pope St.Paul VI starkly asserted in 1972: “if you want peace, work for justice.”.

Here's Pope Saint John Paul II on this, from 1991. He wrote these hard-hitting words then, “It is not merely a matter of ‘giving from one’s surplus, but of helping entire peoples which are presently excluded or marginalised to enter into the sphere of economic and human development.

"It is not enough to draw on the surplus goods which in fact our world abundantly produces; it requires above all a change of lifestyles, of models of production and consumption, and of the established structures of power which today govern societies” 1991.

This is 2022. We have just begun the Season of Creation where those words of John Paul fit right into our consideration of the climate emergency, in which we really must look at our models of production and consumption.

We could cite many more passages, from the tradition, encyclicals, Scripture, the prophets. A personal favourite for me is Populorum Progressio, of Paul VI; a wonderful text, but like the one I’ve just cited, it can be depressing to read again because what Paul VI said in 1968 mostly still applies today.

Jesus, in our reading from Matthew’s Gospel, clearly forecast that we will be judged on how we treat the poorest and most vulnerable.

Matthew presents this as a future reality, an eschatological prediction. Yet that judgement on us is a present reality, one that can’t be put off or watered down.

We agreed with that, didn’t we, when we sang the response to the Psalm that happy - or blessed – is the one who gives to the poor! St.Vincent de Paul apparently said that he felt it better to give unworthily, that is, to an undeserving person, than not give at all.

That’s a more subtle statement than it first appears, because it gently foregrounds that we don’t have the right to judge or decide whether the person in need is deserving or not; leave that to God!

Not to do so, or not to encourage others to exercise Christian charity, will very quickly corrode and erode our spiritual poverty, will undermine our other-centredness which should be an essential attribute of every follower of Christ.

Yet at the same time when material poverty, relative or absolute, looks like it is caused by deliberate actions and policy decisions of those who have position and power, and where there is a justified suspicion that the pain and suffering of some is avoidable were other decisions made, we not only exercise charity, Christian service of the poor, but we ask why we need to.

Our proper spiritual poverty, our rejection of self-interest and our embrace of the suffering other, demands no less.

Fr David Stewart is a Jesuit priest based at Sacred Heart Parish in Lauriston, Edinburgh. Find out more about the Archdiocese's Caritas, Justice & Peace Commission here.