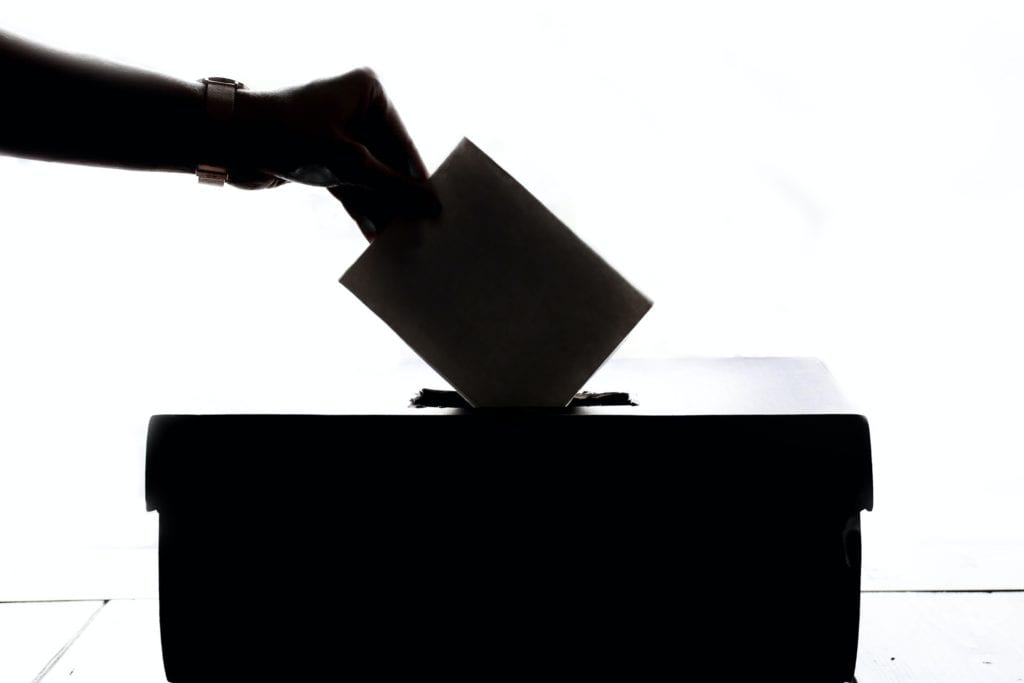 Put human life and dignity at centre of Scottish election

Scotland's bishops have issued a pastoral letter for the forthcoming Scottish Parliament Election in which they call for Catholics to put "human life and the inviolable dignity of the human person at the centre of Scotland’s political discourse".

They ask that voters find out candidates' personal values and opinions on key issues ahead of the 06 May vote.

The Bishops, including Monsignor Hugh Bradley, Administrator of the Archdiocese of Glasgow, said: "It is individuals who will make up the parliament and form a government; and some of the most important issues, including abortion and assisted suicide, are commonly decided by a conscience, or free, vote. Therefore, it is critical to ascertain candidates’ personal values and opinions and not concentrate solely on party policies.

The seven clergy, including Archbishop Cushley, also highlight the following issues to consider ahead of voting:

The full letter can be read below or downloaded here. Resources available this weekend from the website of the Catholic Parliamentary Office. See also this briefing resource from The Christian Institute Scotland.

A letter from the Catholic Bishops of Scotland

Dear Brothers and Sisters in Christ,

This election presents us with an opportunity to play our part in putting human life and the inviolable dignity of the human person at the centre of Scotland’s political discourse.

We often see politics through a party prism, which can create a divisive, and occasionally fractious, political environment. Whilst party politics can be an important consideration, particularly in the Scottish Parliament list system, it is individuals who will make up the parliament and form a government; and some of the most important issues, including abortion and assisted suicide, are commonly decided by a conscience, or free, vote.

The @BishopsScotland Pastoral Letter for the forthcoming @ScotParl Election, to be held on 6th May. The @rcpoliticsuk website resource, referred to in the letter, should be live in time for the weekend and can be accessed via this link: https://t.co/yyj1HzYID9 pic.twitter.com/20bVm5N15E

Therefore, it is critical to ascertain candidates’ personal values and opinions and not concentrate solely on party policies.

As Catholics we have a duty: to share the Gospel and to help form the public conscience on key moral issues. It is a duty of both faith and citizenship.  This election is an opportunity to be the effective witness our Baptism calls us to be.

The new parliament and government will be tasked with leading the recovery from the damage wrought by the current health crisis and to tackle the significant impact it has had on many aspects of life including health care, mental health and wellbeing, religious freedom, and care for the poor.

It must also build on the positives arising from the Pandemic, including caring for the most vulnerable, and a renewed sense of respect for human life, human dignity, and the value of community.

These are some of the issues you may want to consider in the forthcoming election:

Beginning and end of life

It is the duty of parliamentarians to uphold the most basic and fundamental human right to life. Elected representatives ought to recognise the existence of human life from the moment of conception and be committed to the protection of human life at every stage. Caring for the unborn and their mothers is a fundamental measure of a caring and compassionate society; a society which puts human dignity at the centre.

We ought to be mindful of a further attempt to legalise assisted suicide in Scotland, likely to happen in this parliament. Legalising assisted suicide or euthanasia suggests that some lives are not worth living, contrary to the Christian belief that every life has equal dignity and value. It is incumbent upon our parliamentarians to show compassion for the sick and dying. This is not achieved by assisted suicide or euthanasia but by ensuring support is provided through caring and attentive politics, including investment in palliative care.

Society relies on the building block of the family to exist and flourish. The love of man and woman in marriage and openness to new life is the basic, fundamental cell upon which every society is built. The wellbeing of Scotland and its future depends on the flourishing of family life and government should respond to this reality with policies creating economic and fiscal advantages for families with children.

The pandemic has placed immeasurable pressure on businesses and many people have lost their livelihood. The state has a duty to sustain business activities by creating conditions which will ensure job opportunities, especially in times of crisis. This must be accompanied by a just wage to provide a dignified livelihood for the worker and their family.

Sadly, poverty remains a scourge for too many people. The marginalised, the homeless, and the lonely and isolated have been cast further adrift because of the pandemic. And poverty now affects 24% of children in Scotland. We need elected representatives who respect a preferential option for the poor, who are willing to prioritise their need and respect their human dignity.

Our government must also work with the international community to adopt an even more effective strategy against human trafficking and modern slavery, so that in every part of the world, men and women may no longer be used as a means to an end, and that their inviolable dignity will always be respected.

The next group of MSPs will be tasked with protecting our neighbours at home and abroad from the poverty and climate crises which continue to rage on. In November Glasgow will play host to the COP26 international climate change summit. We should listen to Pope Francis’ call to ‘hear the cry of the earth and the cry of the poor’ by lifting up the voices of the global south and coming together to rebuild our Common Home in a way that leaves no-one behind. Scotland can also demonstrate global leadership by strengthening its commitment to becoming a carbon neutral country.

If Scotland is to be a tolerant, open, diverse country then we must be free to discuss and debate ideas, even those which are deemed by some to be controversial. Whilst being mindful of the need to protect citizens from hate, government must not overstep into the realm of unjust restrictions on free speech, free expression and freedom of thought, conscience and religion. This must include, among others, the freedom to express belief in the biological reality of sex and gender.

The right of parents to choose a school for their children which corresponds to their own convictions is fundamental. Public authorities have a duty to guarantee this parental right and to ensure the concrete conditions for its exercise. Thus, parliamentarians ought to continue to support an open and diverse state education system which includes Catholic schools.

We pray that this election will put human life and the dignity of the human person at the centre, and that candidates will ensure debate is respectful and courteous.

We urge you to visit the website rcpolitics.org and to use the resources there to help you in your consideration of election issues and to use the tools available to question candidates.

+ Brian McGee, Episcopal Secretary, Bishop of Argyll and the Isles

« WATCH: Reflections at the Quay for Easter
Tributes paid to Duke of Edinburgh after death aged 99 »