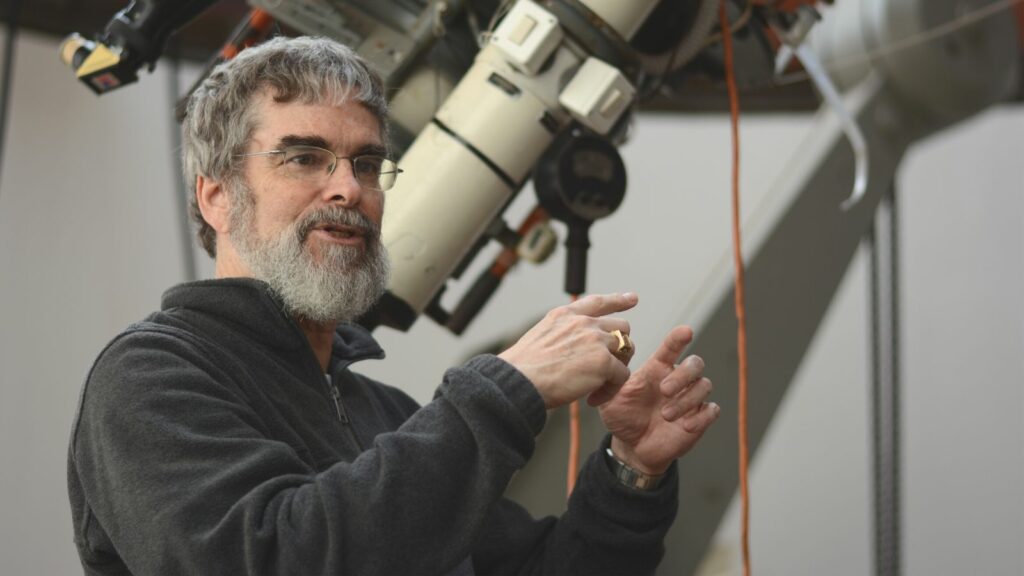 The Vatican’s chief astronomer will speak at a free event in Edinburgh next month.

Brother Guy Consolmagno will deliver a lecture entitled, “From Peru to Mars: New Worlds and Jesuit Science” on Monday 6 February, from 7pm-9pm at the James Watt Centre at Heriot-Watt University.

Brother Guy said: “We will explore what these Jesuit scientists did and why – up to modern research at the Vatican Observatory.

"Faith and science are often seen as polar opposites – but scientists in the church have played an important role in bringing the two together.”

Brother Guy has degrees in planetary science from the University of Arizona and Massachusetts Institute of Technology and leads a team of 12 astronomers from four continents.

He and many of his team are Jesuits, a religious order of priests and brothers in the Catholic church who work in areas including education and research.

In the Heriot-Watt Chaplaincy lecture, Brother Guy will explore the work of Jesuit scientists through history.

Reverend Jane Howitt, University Chaplain at Heriot-Watt, said: “We are thrilled that Brother Guy can join us for our annual Chaplaincy lecture to share some of the fascinating science and history behind the Vatican Observatory.”

The lecture is free and open to all. Light refreshments will be served from 6:15pm This lecture will be interpreted into British Sign Language (BSL).