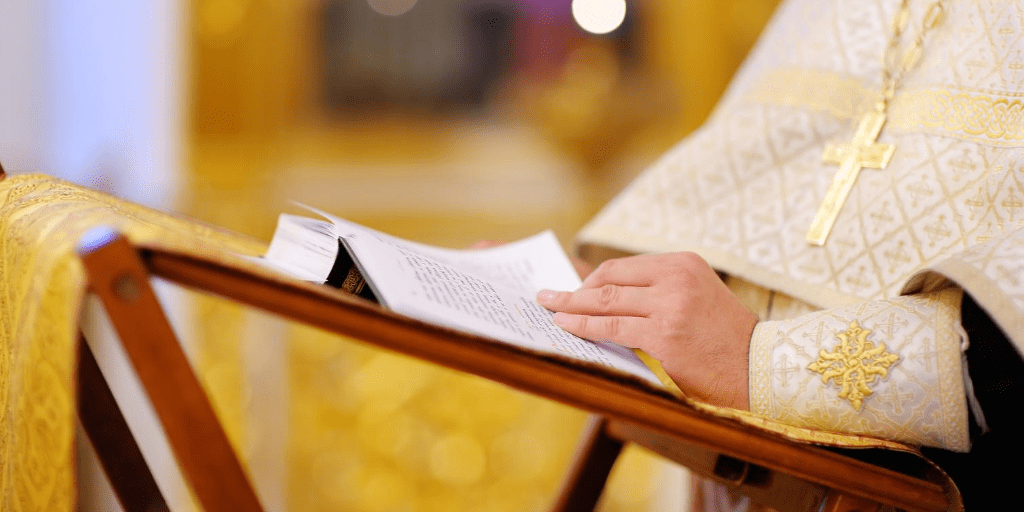 A New Lectionary for Scotland

Scotland’s Bishops have approved the preparation of a new Lectionary (a book of readings used at Mass) to update and replace the three volume Lectionary in use in the dioceses of England and Wales, Scotland and Ireland for almost 30 years.

The current Lectionary was first published in 1981 using the Jerusalem Bible (1966) as its base text.

Bishop Hugh Gilbert, President of the Bishops’ Conference of Scotland (BCOS) said: “In reaching a decision about a translation for the Lectionary, BCOS itself considered the values they would most expect a Lectionary to embody, for example, accuracy, dignity, facility of proclamation, and accessibility.

"The Catholic Edition of the English Standard Version (ESV) Bible, published in 2018, will be used as the base text for the new translation, it has been accepted by the Bishops of England and Wales as the basis for their own Lectionary and the Scottish Bishops voted at their July 2020 meeting to use it as well.

"It makes practical and pastoral good sense for the same translation to be used in Scotland, England and Wales.”

He added: “The National Liturgy Commission has looked closely at the issue of a new Lectionary and hope that its publication will keep the biblical word alive and active for the holy People of God and shape thought and culture in our changing world.”

The work of editing and publishing the new Lectionary is expected to take several years.

Full statement on the new Lectionary from the National Liturgy Commission:

The Lectionary and the Word of God

The Church, throughout her history, sets before the faithful the riches of Sacred Scripture to be read and broken open in worship and for use in private devotions. The Second Vatican Council, in an effort to restore the practice of the early centuries of the Church of a continuous reading of a breadth of Scripture,  promulgated a new lectionary for the Roman Rite, with a revised structure and a wide selection of Scripture texts.

St Paul writes: “All Scripture is breathed out by God and profitable for teaching, for reproof, for correction, and for training in righteousness, that the man of God may be complete, equipped for every good work.” (2 Tim 3:16-17). Thus, the Church has always venerated the divine Scriptures as she venerated the Body of the Lord, in so far as she never ceases, particularly in the sacred liturgy, to partake of the bread of life and to offer it to the faithful from the one table of the Word of God and the Body of Christ (Dei Verbum, 21).

By listening to and understanding the Scriptures we encounter God and understand how he reveals himself to us, enabling us to grow in faith. But we do not listen alone. Through a faithful proclamation of the word of God within the tradition of the Church we benefit from the holiness and wisdom of all the faithful who have gone before us. According to the General Introduction to the Lectionary: through his word, God unceasingly calls to mind and extends the plan of salvation, which achieves its fullest expression in the liturgy. The liturgical celebration becomes therefore the continuing, complete, and effective presentation of God’s word.

Developments leading to a revised translation of the Lectionary The three volume Lectionary in use in the dioceses of England and Wales, Scotland and Ireland was first published in 1981 using the Jerusalem Bible (1966) and the Grail Psalms (1963). It was subsequently re-printed, although is presently out of print.

In recent times, English-speaking Bishops’ Conferences worldwide have approved a new translation of the Book of Psalms – “The Abbey Psalms” – for the Liturgy of the Hours. This new translation is the work of the Benedictine monks of Conception Abbey, Missouri, and seeks to translate the Hebrew texts based on an updated scholarly understanding of the literary genres and patterns of thought found in the Psalms. The Abbey Psalms have been approved by the Congregation for Divine Worship and the Discipline of the Sacraments for liturgical use.

To maintain consistency between the translation of Psalms for the Liturgy of the Hours and for the Lectionary a re-publication of the latter is required. Considerable progress has been made in biblical scholarship since the early 1960s when the Jerusalem Bible translation was produced. Re-publication of the Lectionary provides an opportunity to benefit from this new scholarship.

The Scripture translation to be used as a basis for a new Lectionary has been discussed in detail by the Scottish bishops during this last year.

The Conference of Catholic Bishops of India produced a Catholic version of the ESV, aided by a team of eight scholars over a period of three years under the chairmanship of Fr Lucien Legrand. This was an ecumenical collaboration and the project had the full support of Crossway.

As a result of the initial scholarship, only about 52 changes were made to the ESV text to produce the Catholic edition. The most extensive difference, of course, is the insertion of the deuterocanonical books. It was published by the Asian Trading Corporation in February 2018.

The ESV-CE was then adopted by the Indian hierarchy as the basis for a new Lectionary. This received the confirmation of the Congregation for Divine Worship and the Discipline of the Sacraments in December 2019 and was published and has been in use since April 2020.

Subsequently, based on the merits of the text, the ESV-CE was accepted by the Bishops of England and Wales as a basis for their own Lectionary.

The Augustine Institute has published the ESV-CE in North America.

In reaching a decision about a translation for the Lectionary, the Bishops’ Conference of Scotland itself considered the values they would most expect a Lectionary to embody, for example, accuracy, dignity, facility of proclamation, and accessibility.

It makes practical and pastoral good sense for the same translation to be used in Scotland, England and Wales. The idea of collaboration with neighbouring hierarchies in liturgical matters has a foundation in Sacrosanctum Concilium (36, 3).

Having studied the ESV-CE, the Bishops’ Conference of Scotland voted at their July 2020 meeting in favour of this translation to form a basis for a new Lectionary.  The Psalms to be used in the Lectionary are from “The Abbey Psalms” translation.

During the editorial process, and in collaboration with the Bishops’ Conference of England and Wales, the Scottish bishops will review the fascicules being prepared for the new Lectionary. When the Lectionary is published for liturgical use, new people’s Sunday and Weekday Missals and other resources will also be available.

It is hoped that the new Lectionary will keep the biblical word alive and active for the holy People of God and shape thought and culture in our changing world.