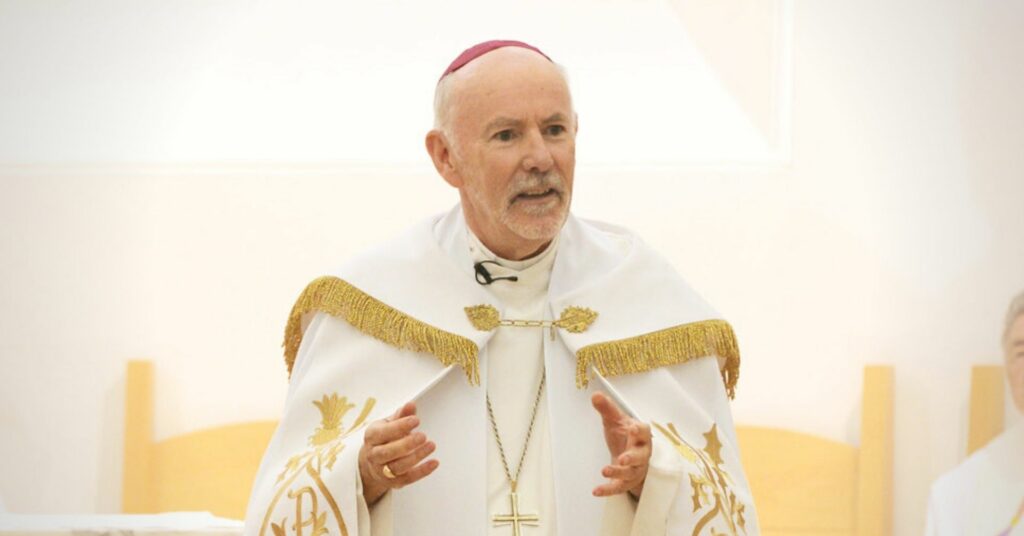 Pope Francis has named Bishop Bill Nolan as the new Archbishop of Glasgow and 41st successor of St Mungo.

The new Archbishop will succeed Archbishop Philip Tartaglia who died in January 2021.

Bishop Nolan, who is currently the Bishop of Galloway, said: "I feel overwhelmed by the trust Pope Francis is putting in me by appointing me as Archbishop of Glasgow.

"It will be wrench for me to leave Galloway Diocese where for seven years I have experienced the kindness and friendship of so many people, particularly the clergy. God truly blessed me by sending me to Galloway and I hope that my successor there will be similarly blessed."

He added: "As I overcome my initial shock at being appointed Archbishop, my thoughts now turn to the challenges that lies ahead. I look forward to working with everyone in the Archdiocese - laity and clergy - to carry out the mission that we share of proclaiming God’s good news and of bringing the joy of the gospel into the lives of the people of today.”

Bishop Nolan added: “I am well aware of my own inadequacies and of the difficulties the Church faces today. Thank God therefore that we can sure of the presence and power of the Holy Spirit in the Church.

As I leave the Diocese of Galloway behind, from now on I belong to Glasgow. And I assure the people of Glasgow of my commitment and dedication to them.

"Please remember me in your prayers."

Mgr Hugh Bradley, who has been Administrator of the Archdiocese of Glasgow since the death of Archbishop Philip Tartaglia, said: “I am delighted with the appointment of Bishop Nolan; I offer him a warm welcome to the Archdiocese of Glasgow and a promise of prayers on behalf of all the clergy, religious and laity.  May our good God bless him with health and strength to lead us in faith.”

Fr. William McFadden, Vicar General of the diocese of Galloway said:  “As Bishop of Galloway, Bishop Nolan presented a pastoral vision with a genuinely collaborative approach.

"He led with humility and determination, inspired by the initiatives of Pope Francis, and focussing on the needs of the Church for the 21st century. This appointment will allow him to serve both the people of Glasgow and the wider Church with the same abilities with which he served us in Galloway for seven valuable years.

"We will miss him, but appreciate greatly the contribution which he made, and the legacy which he leaves.”

Archbishop Cushley said: ““I’m delighted that my brother bishop, Bill Nolan, has accepted the Holy Father’s nomination as Archbishop of Glasgow. He has proven to be a dedicated leader and pastor of souls in the Diocese of Galloway.

"I have already offered him my warm congratulations and would ask everyone to remember him in their prayers. Glasgow has gained a worthy successor of the much-missed Archbishop Philip Tartaglia.”

The Archbishop elect will take possession of the Archdiocese on Saturday 26 February.