Catholic Church and Church of Scotland: 'Declaration of Friendship'

The General Assembly of the Church of Scotland will be invited to welcome an historic Declaration of Friendship with the Catholic Church in Scotland.

The document, approved by the Bishops' Conference of Scotland, offers "a decisive and irrevocable statement of our friendship with one another, based on our shared faith in Christ".

It speaks of the shared faith and common ground that unites the Churches, saying:  “We recognise each other as brothers and sisters in Christ, and we wish to express our friendship and respect for one another as fellow Christians, citizens and partners in announcing the kingdom of God in our land. Archbishop Leo Cushley, right, shakes hands with Lord Jim Wallace, Moderator of the General Assembly of the Church of Scotland at Edinburgh Castle.

“Since the World Missionary Conference (Edinburgh, 1910), and the Second Vatican Council (1962-1965) much has been done ecumenically to repair what was broken and to restore mutual respect and friendship.

“A great deal has been achieved spiritually, practically and affectively, through joint prayer among our parishes, various joint commissions, and the growing knowledge and appreciation of each other as Christian friends and fellow pilgrims.”

Archbishop Leo Cushley, of St Andrews and Edinburgh, said: “Returning to live in Scotland after many years abroad, I was soon struck by how far the people of the Catholic Church and the Church of Scotland have come along the path of friendship in these last decades.

"We have now spent forty years working diligently to respect and understand each other, what we have in common, what still divides us.

"In the meantime, through prayer together and social action, we have also become friends, and have grown to appreciate each other as fellow brothers and sisters in Christ. I believe this is something to acknowledge and to celebrate.

"My brother bishops and I welcome this declaration, and we hope that it will likewise be welcomed by our Catholic brothers and sisters throughout the country.

"The strands of a more profound dialogue will continue as before, but there is much to be said for acknowledging all that we hold in common, and for celebrating the friendship of the members of our two churches. I also hope it will lead to a deeper bond with all our fellow Christians in Scotland.”

Lord Wallace, Moderator of the General Assembly of the Church of Scotland, said: “During my term as Moderator, I have very much valued the friendly and productive working relationship I have had with Archbishop Cushley, Bishop (now Archbishop) Nolan and other members of the Catholic Church in Scotland.

"We have sought to navigate our way through Covid restrictions and address crucial issues facing our country and, indeed our world, such as the cost-of-living burden, and the climate crisis. Our respective churches have also collaborated in Scottish Faiths Action for Refugees.

“And one of the most profound moments I’ve experienced in recent months was joining worship and standing in solidarity with Father Vasyl and members of Edinburgh’s Ukrainian Catholic community, when their homeland has been under such unprovoked attack.

“These are all ways in which we show that what unites us is so important to the lives of our fellow citizens and to being witnesses to the Gospel message in this land of Scotland.”

Written by senior figures from both Churches, the declaration describes the Churches’ shared beliefs, ‘rooted in the Apostles, Christ’s first disciples,’ and acknowledges a common heritage as Christians in Scotland.

‘We recall with gratitude to God the earliest missionaries, our forebears in the faith, who lived and preached the Christian faith to our land,’ it says. ‘We recall those from that time who led and formed the Church, nurturing a society inspired by Christian values, including St Ninian, St Columba and St Margaret.’ 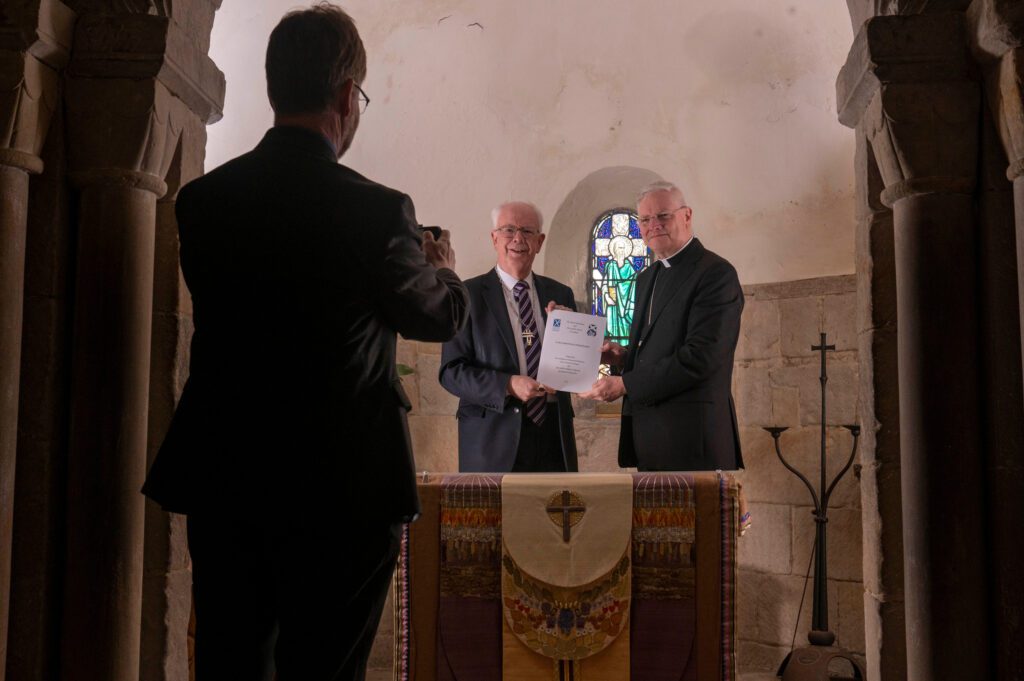 The declaration also recognises the divisions of the past, apologises for the hurt and harm caused and seeks to make amends, asserting ‘we repent and ask forgiveness of one other.’

Some divisions between the Churches remain challenging and more work will be needed on reconciliation and healing. Nevertheless, the Churches say that what they hold in common is far greater than what divides them, and they commit to continue working towards greater unity.

‘We therefore pledge ourselves to live as sisters and brothers in Christ, in public and in private, in life and in mission; to pray with each other and for each other; to be good neighbours, both to each other and to all people among whom we live, of all faiths and none; and to work together for the common good of the nation, as it is given to us to see it.’

The Declaration of Friendship can be read here. It will be presented to the General Assembly of the Church of Scotland on Monday 23 May.