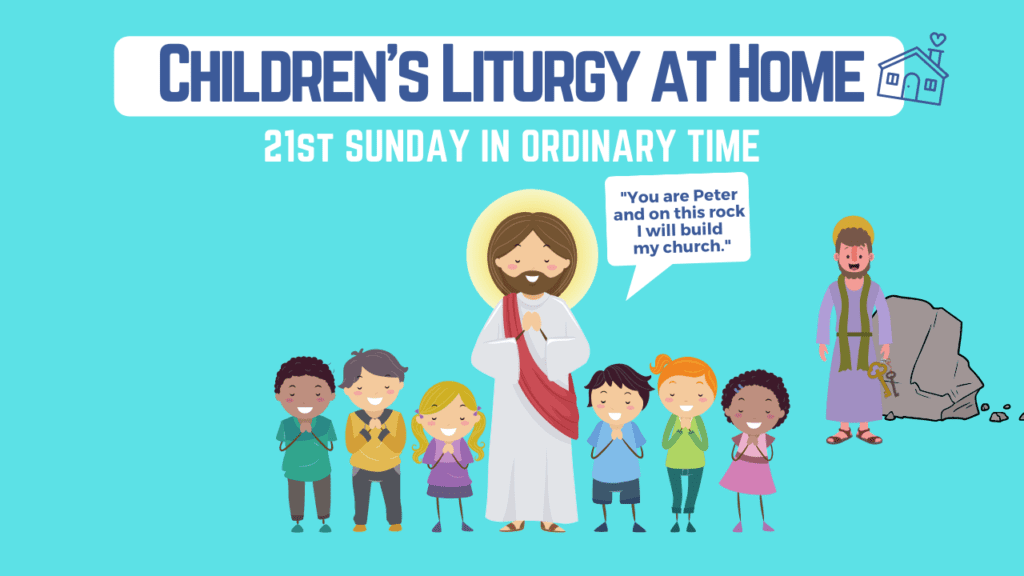 Children's Liturgy at Home - get ready for Sunday

Here's the Children's Liturgy at home guide for Sunday.

Today we learn how Jesus left the disciple Peter in charge of the Church on Earth (Matthew 16:13-20).

In the Gospel Jesus asks the disciples who people said he was. How did they respond to him? Some said people thought he was a prophet or John the Baptist!

« Join the conversation for the Season of Creation
WATCH: Archbishop joins Week of Prayer »